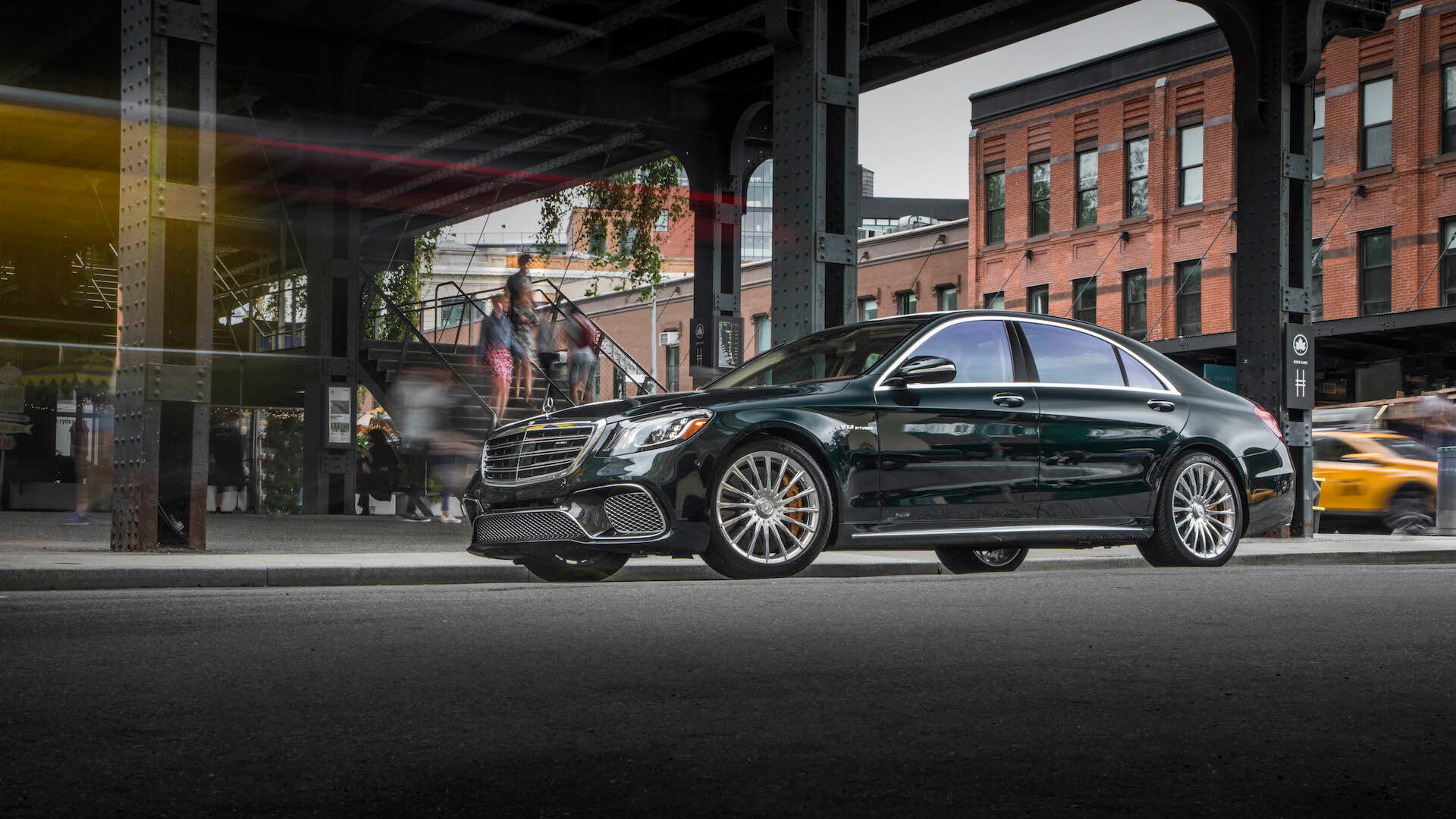 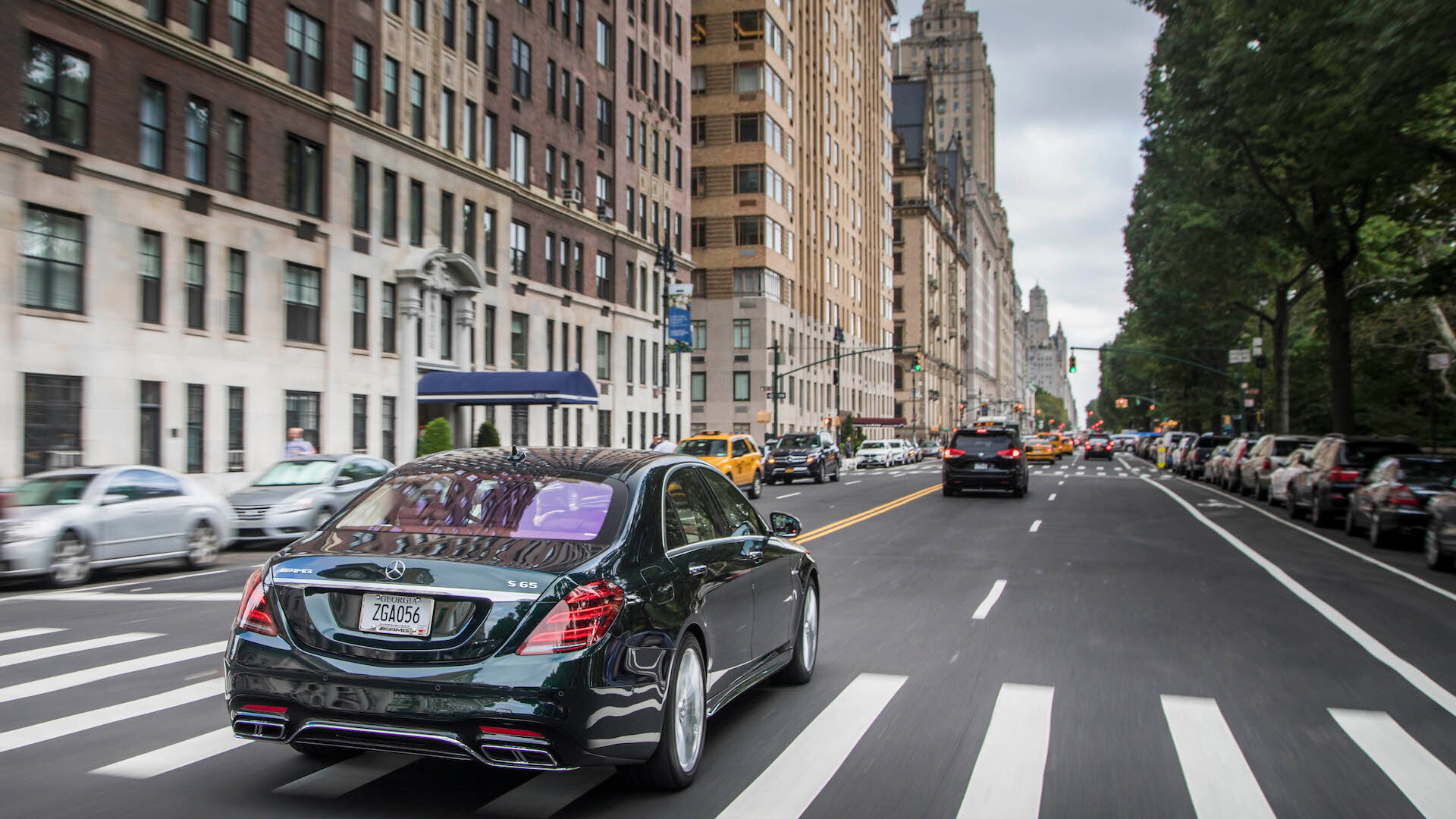 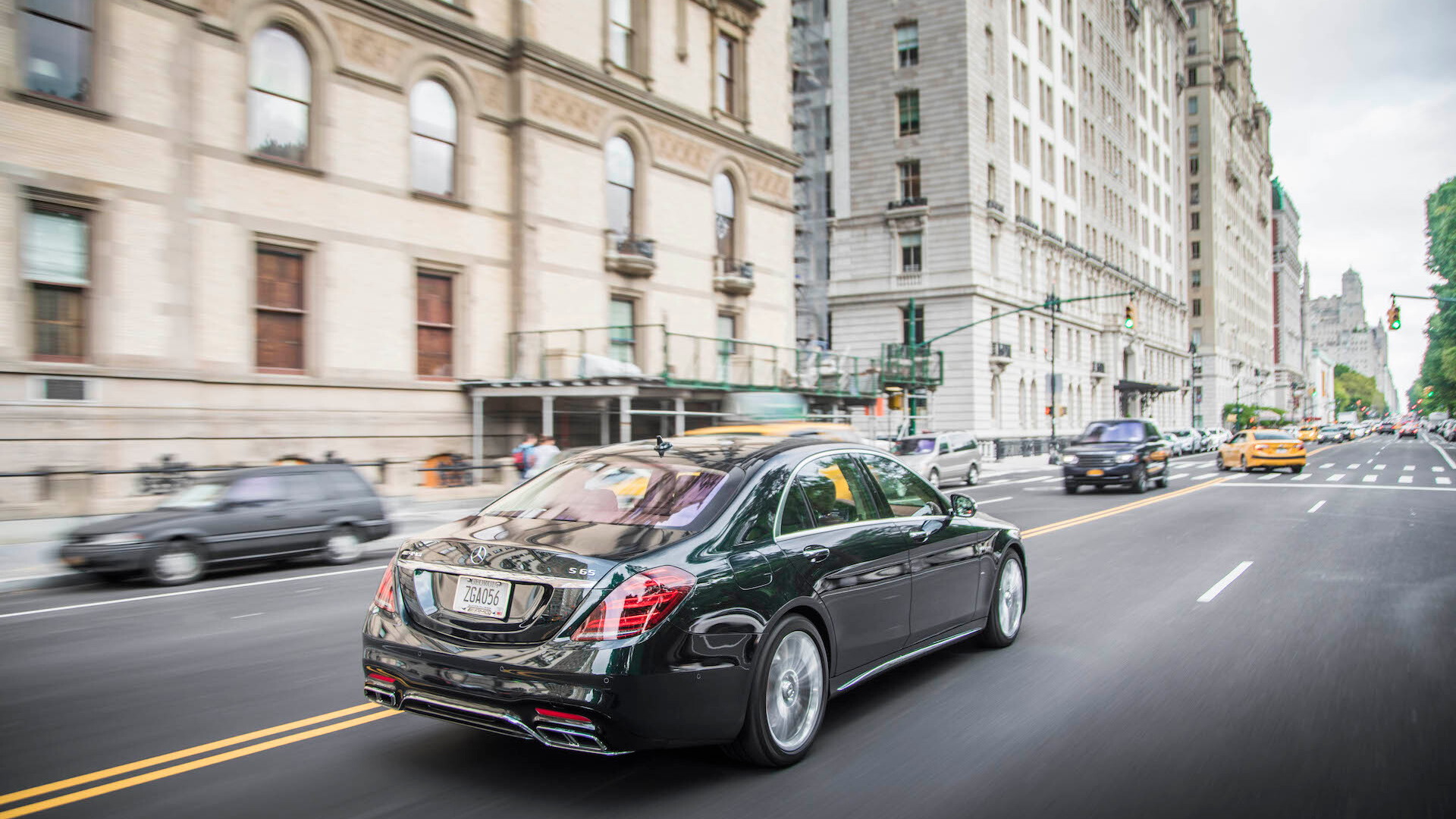 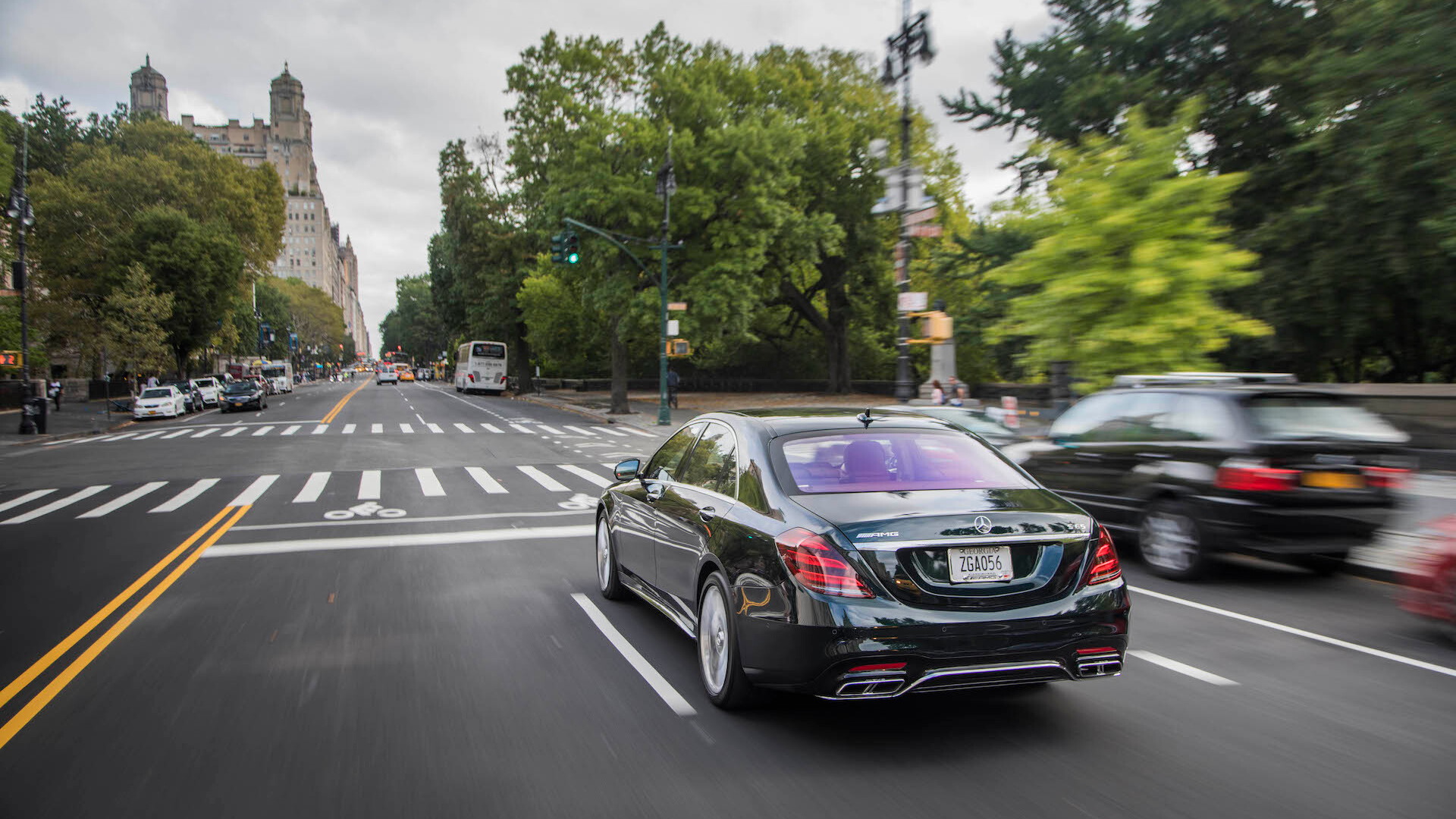 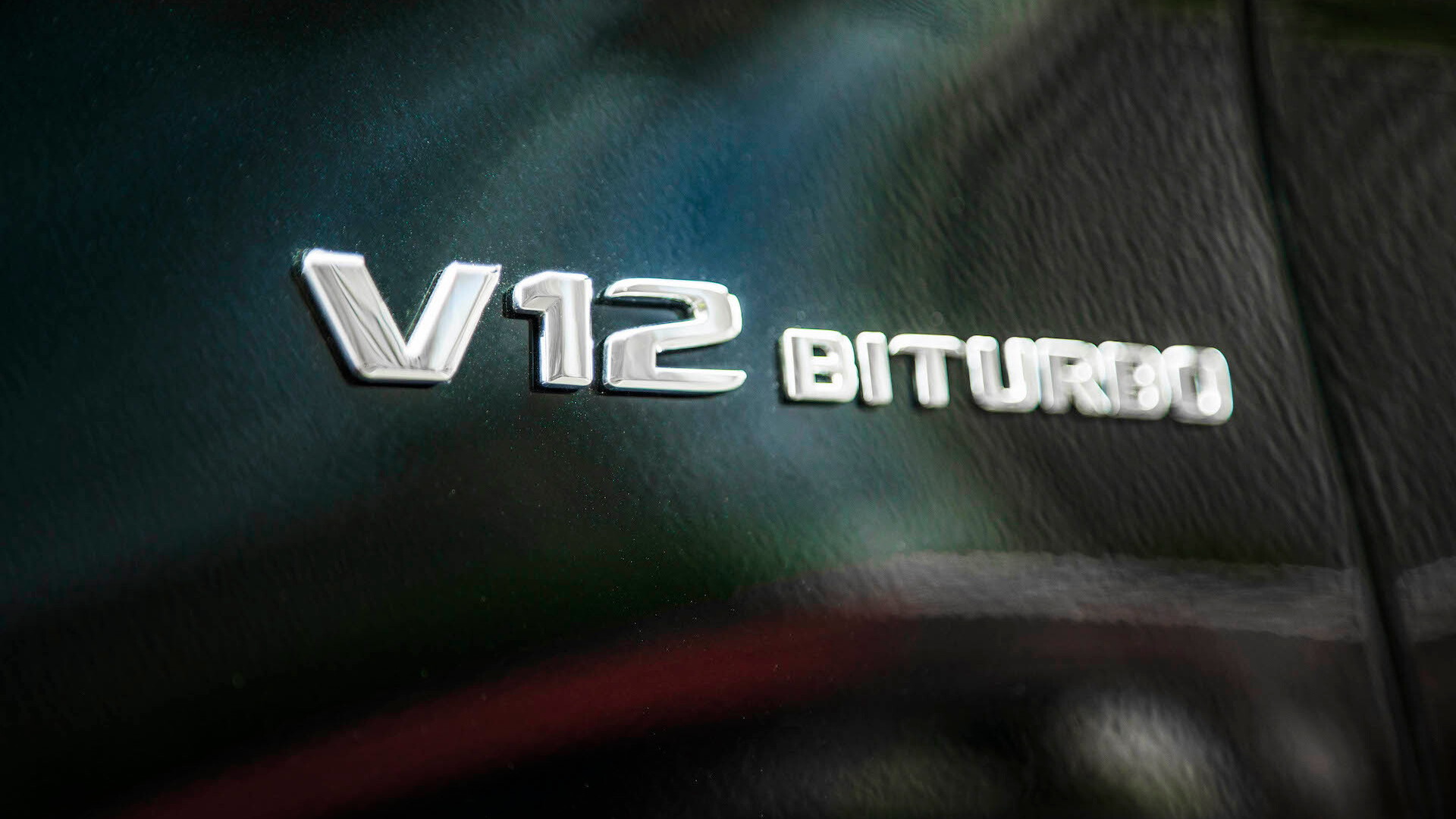 We already reviewed the 2018 Mercedes-Benz S-Class and declared it a relaxation chamber.

That drive, which took place in Switzerland and Germany a couple months ago, featured the volume model, the S560 4Matic, and the high-performance S63 4Matic+. This week I got the chance to test out three additional models that nicely round out the product range, two more ultra-luxurious choices that top the range, and the car at the very bottom of the lineup. Let's take a look at each.

Despite all that power, the S65 is not the fastest car in the S-Class lineup. Offered only with rear-wheel drive, it just can’t put the power down like the all-wheel-drive S63, and therefore its 4.1-second 0-60 mph time takes a backseat to the S63’s 3.4-second 0-60 blast. Both cars, however, top out at an electronically limited 186 mph.

But off-the-line sprints are not the only way to judge an engine. The V-12 is the embodiment of effortless power. It is the smoothest engine in a lineup full of smooth engines, and it feels like a big ol’ jet airliner upon takeoff when accelerating. Mercedes usually reigns in all those cylinders, keeping them to a reserved purr in all but the hardest acceleration.

Opt for the Sport Plus mode, though, and the exhaust note perks up, announcing its refined rumble more vociferously and letting out some burbles, snaps, and pops upon deceleration. The sound isn’t as boy racer as you get with other AMGs. It’s more mature and commanding.

The V-12 adds about 400 pounds to the front end, and the S65 also doesn’t offer the S63’s air suspension. Both of these considerations mean it can’t handle like the S63. The S63 has a quicker acting air suspension while the S65 has Mercedes’ Magic Body Control hydraulic suspension. It’s more comfort oriented than the S63’s setup, and it has some cool elements of its own.

The hydraulic suspension allows the S65 to tilt the car inward 2.65 degrees in a turn. This counteracts the effects of g forces in the turn for passengers, creating a more comfortable driving experience. It isn’t meant to make the car go faster through the turn, though that may be a side benefit.

Magic Body Control also reads the road ahead with a stereo camera behind the windshield and readies the suspension for bumps and potholes, letting the car glide over them like they weren’t even there. Again, this is quite luxurious.

The other features that make the S65 stand out are on the outside. It gets the same grille as the S63, but its exterior details are chromed, and its wheels are alloys polished to a high gloss. The most important elements of the exterior design? The S65 and Biturbo V12 badges. They show you have arrived, even before you get in the car.

While the S65 can be distinguished by what’s under its hood and what it wears on its exterior, the S560 Maybach is all about the interior. Every S-Class is luxurious, but the Maybach is downright opulent.

It all starts with 8 inches of extra rear legroom. Every model of the S-Class we get in the U.S. is based on the long-wheelbase body style, but the S560 Maybach has a long long-wheelbase setup. It’s basically a limo. Buyers get the Executive Rear Seating package standard with two outboard seats that can recline 43.5 degrees, two fold-out calf supports and a pair of separate pillows. Also standard is the Nappa Exclusive Leather upholstery (two steps up from the base leather), an Extended Leather interior, ambient lighting for the rear seat, and heated and ventilated front and rear seats with massage at the four outboard positions.

The interior upgrades make the rear seat of the S560 Maybach the place to be. The vast leg room lets most people stretch their legs out straight, and the seats recline, massage, heat, ventilate, and otherwise coddle. The extra leather and ambient lighting create an even more inviting cabin. It’s a great place for a nap or to get work done for those who like to be driven.

On the outside the Maybach is easy to spot by its ultra-long rear doors, its chromed B-pillars, a third triangular rear side window, and the MM logos for Maybach Manufacturing.

From behind the wheel, the extra length doesn’t affect the twin-turbo 463-hp 4.0-liter V-8 power delivery noticeably. It’s still quick, with a 0-60 mph time around 4.8 seconds. However, the 8 extra inches of length is a detriment to handling. At almost 18 feet long, this is a truly big car and it turns more like a wiener dog than a schnauzer. Of all the S-Classes, the Maybach models are best to be driven in, rather than drive. The price for your own personal limo? $169,595, before options, and who can pass up $3,000 champagne flutes?

The S450 is the new base model in the S-Class range. It features a 3.0-liter turbocharged V-6 that puts out 362 hp and 369 pound-feet of torque instead of the brand new 48-volt, turbocharged 3.0-liter inline-6 that is offered in Europe. The V-6 is the same engine as offered in several AMG 43 products, where it is a premium choice, but here it represents the bottom of the lineup.

The V-6 provides plenty of power in the S450, and if you never drove another S-Class you wouldn’t know that you needed more. The 0-60 mph sprint takes just 5.4 seconds. However, after driving the 621-hp S65 and the 463-hp S560 Maybach, the S450 lacks midrange response for passing. With those two cars, passing is a matter of a thought and a tilt of the right foot. In the S450, it requires a little more planning and space. The V-6 also isn’t quite as smooth as the V-8 and nowhere near as smooth as the V-12, and it’s sound isn’t as rich as either of the larger engines.

The S450 starts at $90,895, $10,000 less than the S560. For that money, it comes with a little less than you get in other cars. The leather is the base grade, which isn’t bad but isn’t as supple as the alternatives. The dash and doors are covered with a soft-touch leatherette instead of real leather, and the overall equipment level is lower.

However, some of the cool features are still standard, including navigation, a Burmester sound system (though not the top-end version), soft-close doors, a panoramic sunroof, and the Energizing Comfort system that comes with climate control, fragrance diffusion system, ambient lighting, music, seat heaters/coolers, and seat massagers (when ordered).

The base S450 is quite luxurious, but Mercedes offers a variety of S-Classes to accommodate every taste and pocketbook/investment portfolio. Each of the cars has a viable place in the lineup. It's just a matter of how luxurious and how exclusive you want to get. With any S-Class it's hard to go wrong.