Grand American pre-war classics, brass-era cars dating back to 1900 and a hot rod that is among the most-significant of all time are highlights of RM Sotheby’s 11th annual Hershey collector car auction, held October 5-6 at the Hershey Lodge in Pennsylvania.

The sale takes place during one of the foremost antique-car gatherings of the year, the Antique Automobile Club of America’s Eastern Regional Fall Meet, October 4-7, during which enthusiasts from all over the world gather for a celebration of highway history.

Among RM Sotheby’s 140-car offerings are several prominent collections, including the Thomas F. Derro Collection of notable classics to be auctioned entirely at no reserve. These include the first of the acclaimed Pierce-Arrow Silver Arrows, created for the 1933 New York and Boston auto shows. The fabulously futuristic sedan, which pioneered a number of innovations, has an estimated valued between $2 million and $3 million.

Another featured classic is a famous V-16 Cadillac, a 1936 convertible sedan by Fleetwood, considered to be the finest first-generation example in existence. A Pebble Beach Concours d’Elegance class winner, the Phantom Metallic-hued Cadillac is valued between $700,000 and $850,000. 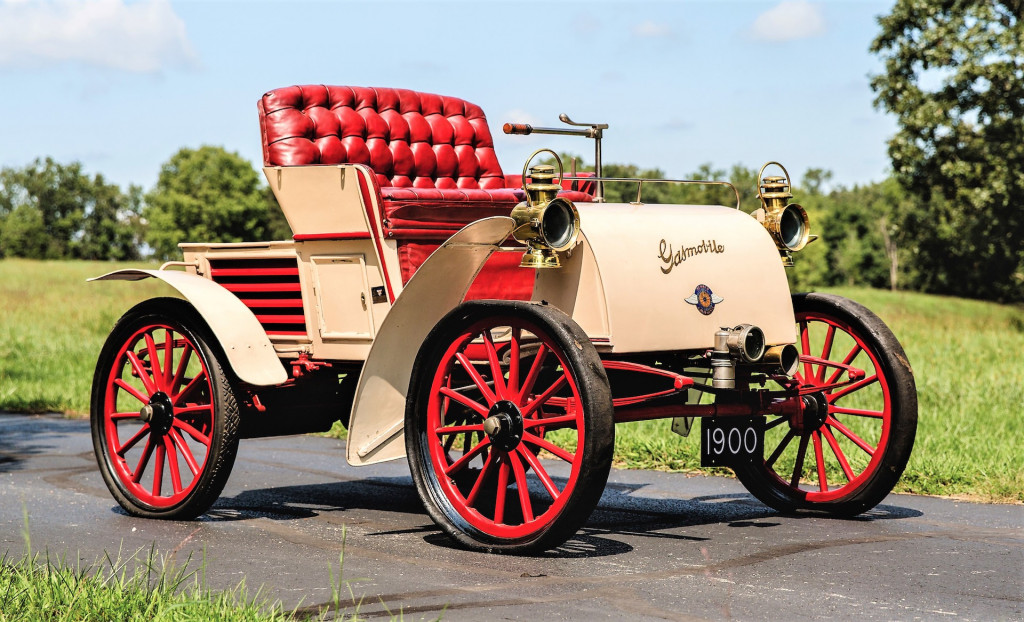 A 1900 Gasmobile Runabout is the earliest car at auction

A completely different sort of enthusiast collection also will be offered at Hershey, that of the late Ralph Whitmore, the nation’s foremost collector of hot rods and customs. Among those six cars crossing the block is the famed 1932 Ford “Pete Henderson” Roadster, which in 1944 famously beat a fast quarter horse that had never been defeated by an automobile. Not only did Henderson and his roadster beat the horse, the race set the American standard of quarter-mile drag racing that endures today.

The 1932 Ford ‘Pete Henderson’ Roadster has a notable history

Deviating from the Hershey auction cars is the benefit sale of a 1971 Fiat Spider, whose sale will benefit the AACA Library & Research Center. Not only will the winner gain title to the Fiat sports car, he or she will find an undisclosed amount of cash stashed in the trunk. The car and its trunk contents were donated by RM Sotheby’s, the AACA, and longtime supporters Joseph and Margie Cassini, Wayne Carini and Ralph Marano.

“This year’s sale has all of the outstanding, interesting and desired classic cars one would anticipate seeing at our Hershey auction,” Gord Duff, global head of auctions for RM Sotheby’s, said in a news release. “A mainstay of our calendar and as much an auction destination for many enthusiasts as Pebble Beach or Monterey, we look forward to an always eventful and entertaining week at Hershey. Wet or dry, rain or shine, it’s where the die-hard enthusiasts come to play.”

For more information and a digital catalog for the Hershey auction, visit the RM Sotheby’s website.