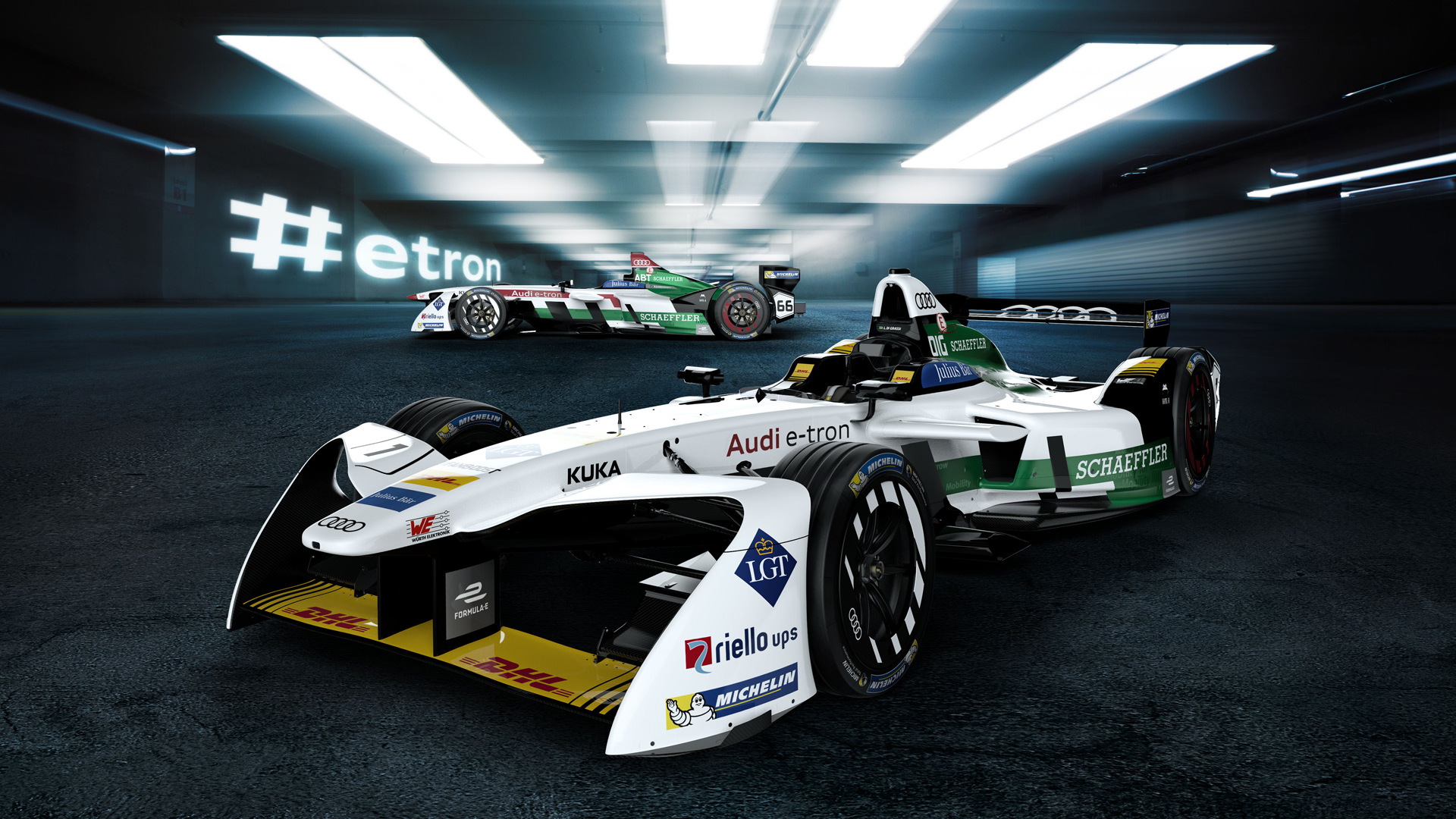 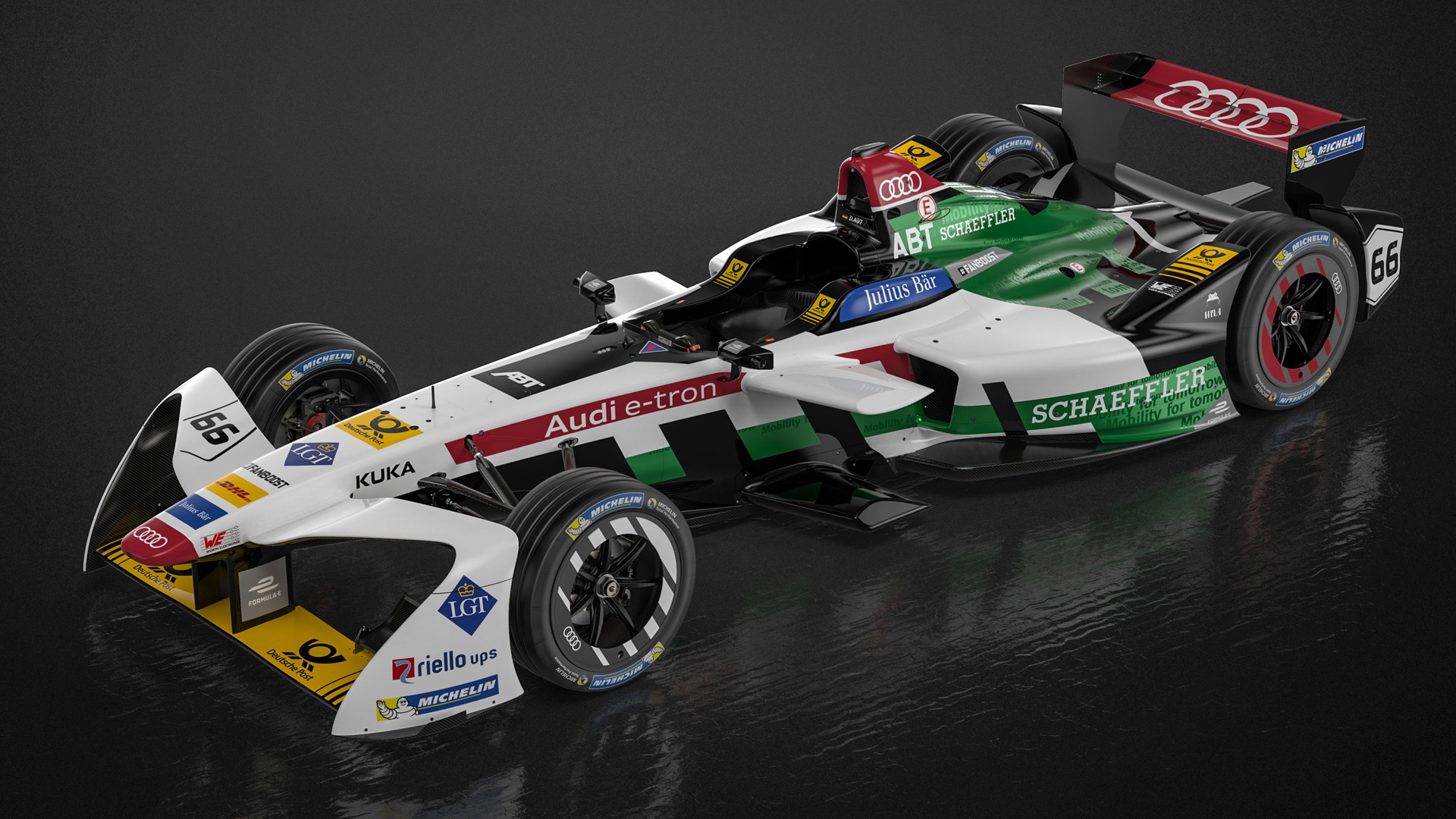 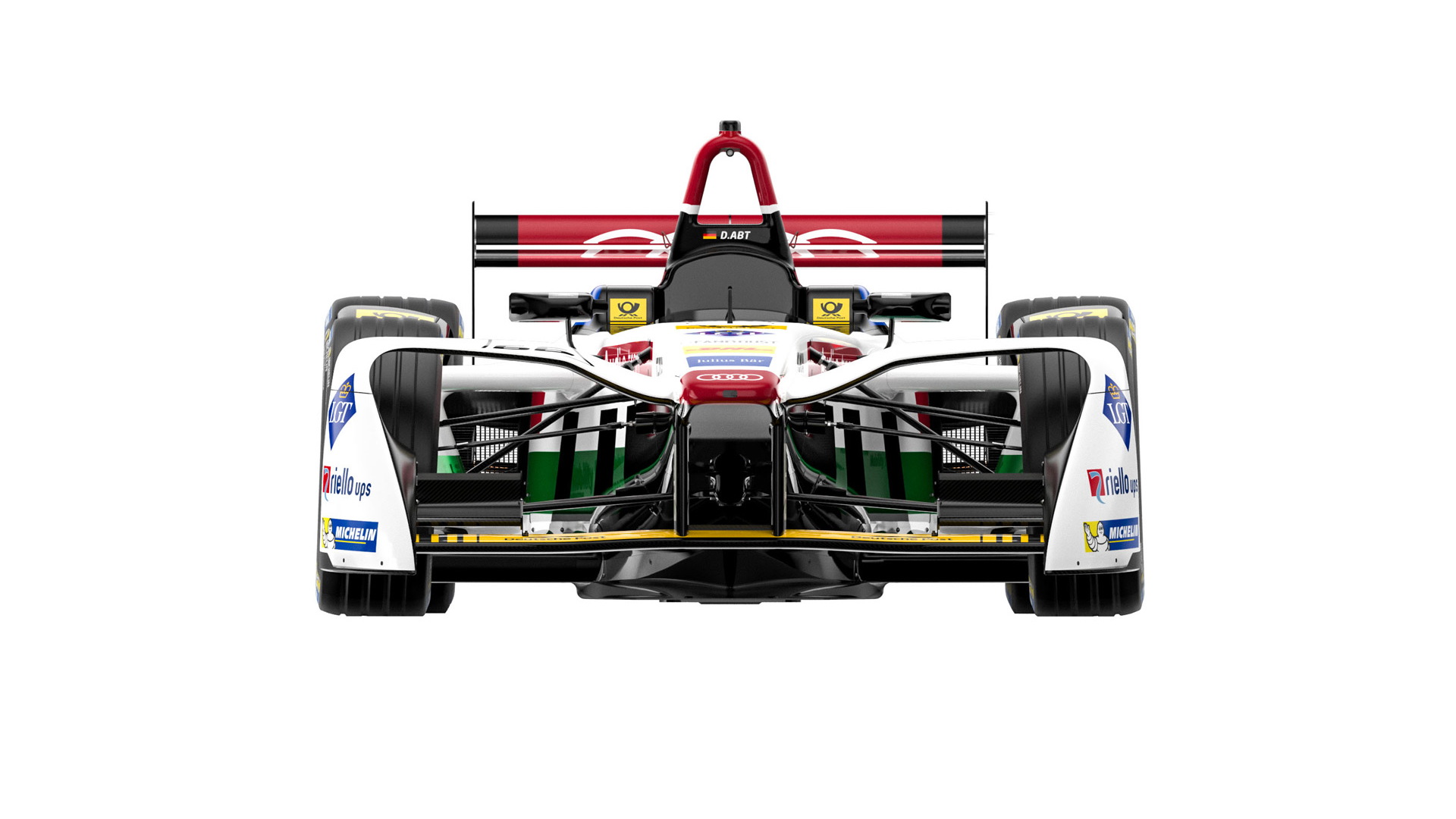 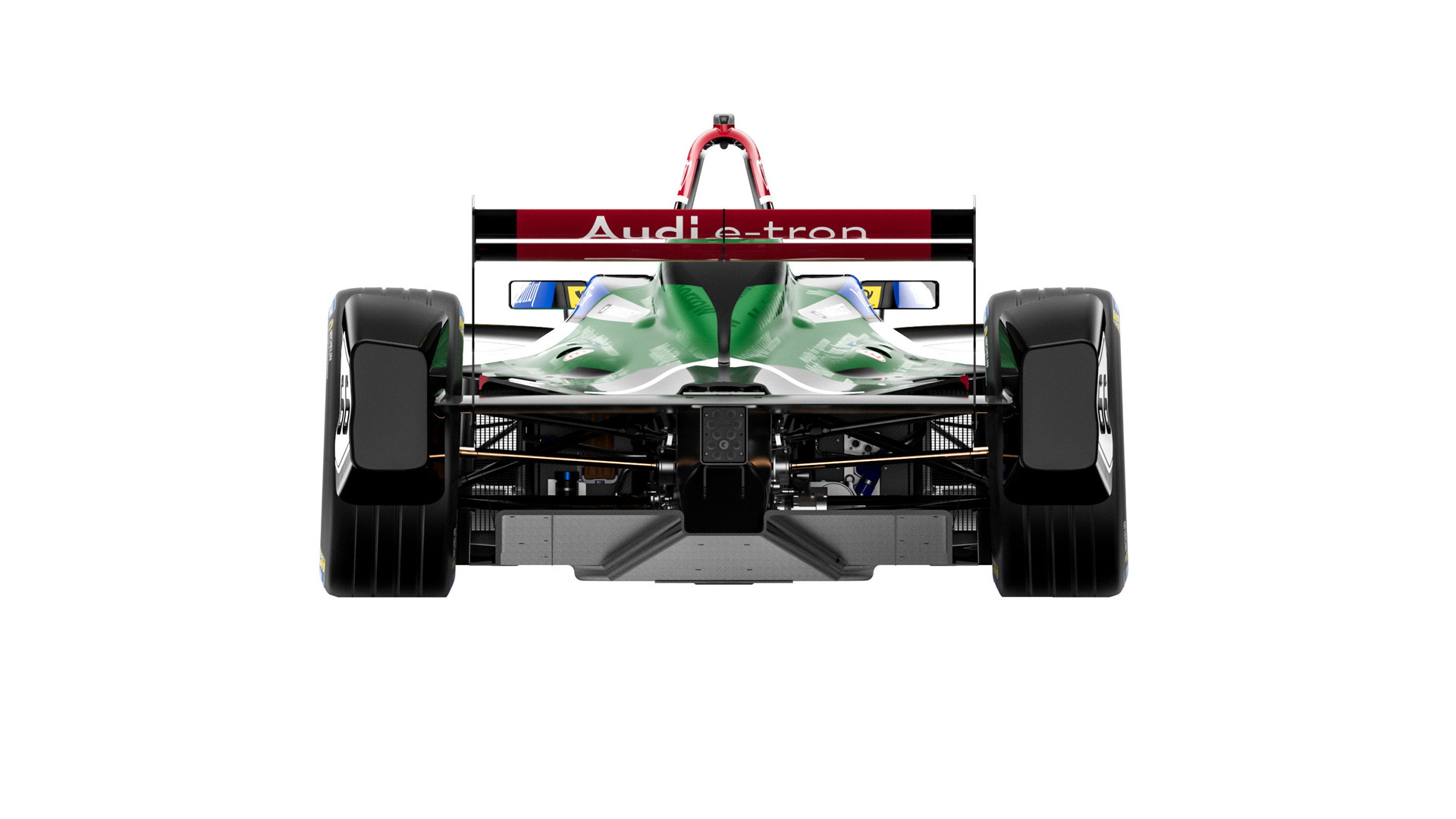 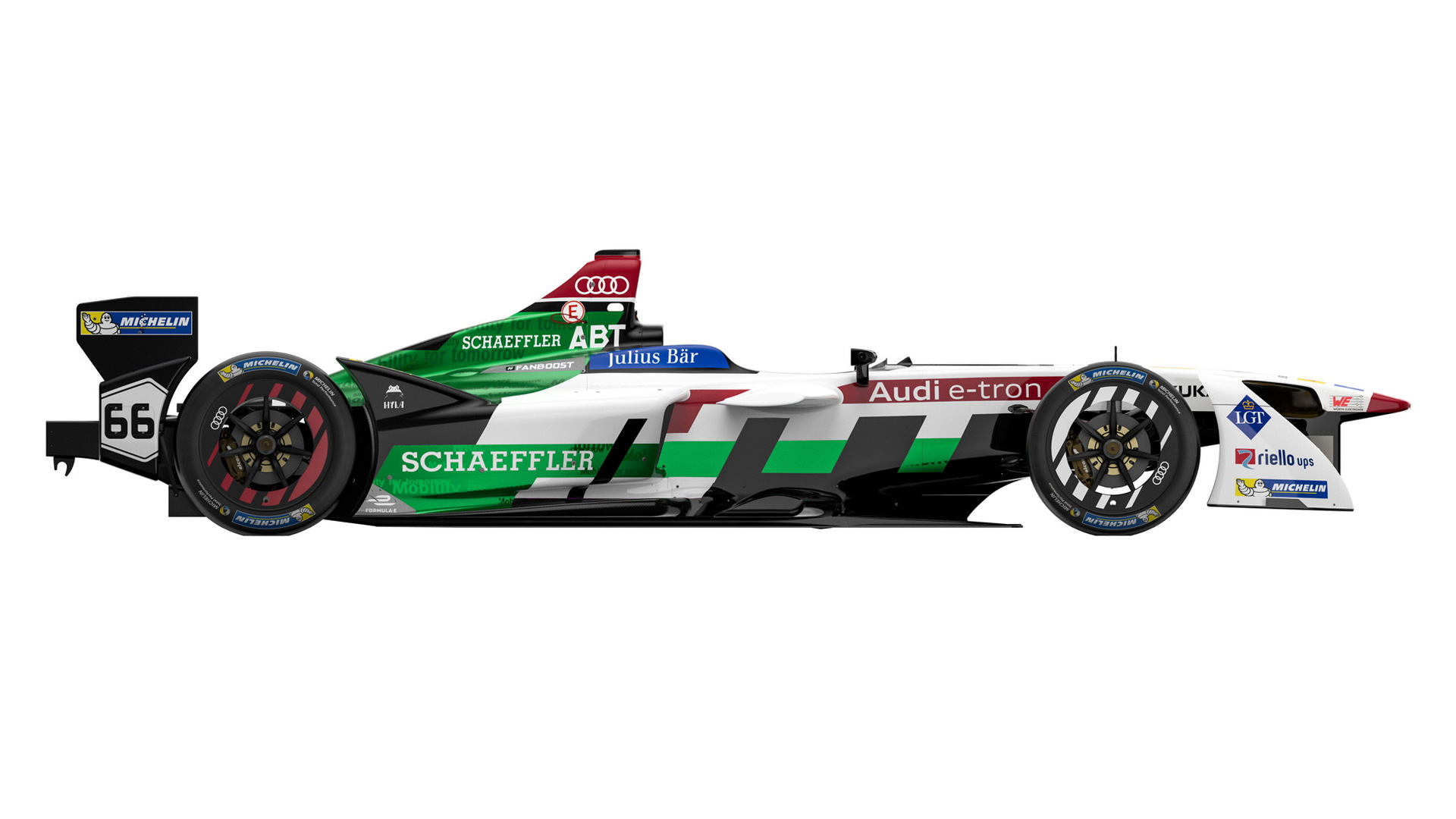 The 2017/2018 season of the Formula E Championship which kicks off this December will be the first in which Audi fields its own team, and on Wednesday night we got our first look at the team’s car: the Audi e-tron FE04.

For the new season, which will be Formula E’s fourth, teams still use a common control chassis but are free to develop the powertrain (consisting of the motor and transmission), plus parts of the suspension and the respective software.

In the e-tron FE04, Audi has selected a single electric motor-generator mated to a high-efficiency transmission with a single gear. The setup is similar to last season’s car though Audi has focused on designing the motor-generator unit for greater efficiency. Lessons learned should benefit Audi's upcoming electric cars, the first of which will be the e-tron SUV in 2018.

For Formula E's last season Audi was a sponsor of Abt Schaeffler Audi Sport whose star driver Lucas di Grassi clinched the Drivers’ Championship (Renault e.Dams took home the Teams’ title). Audi has since taken over the team which will be rebranded Audi Sport Abt Schaeffler for the new season.

The team will be retaining its drivers, meaning di Grassi will be joined by Daniel Abt. Meanwhile, 24 Hours of Le Mans legend Allan McNish will serve as Team Principal. The Scotsman had already accompanied and supported the team throughout the last season.

Testing of the Audi e-tron FE04 will commence in October ahead of the 2017/2018 season opener in Hong Kong on December 2.

A number of major automakers are already present in Formula E and more are coming. For the 2018/2019 season, BMW is set to join. And in the 2019/2020 season both Mercedes-Benz and Porsche are set to join.