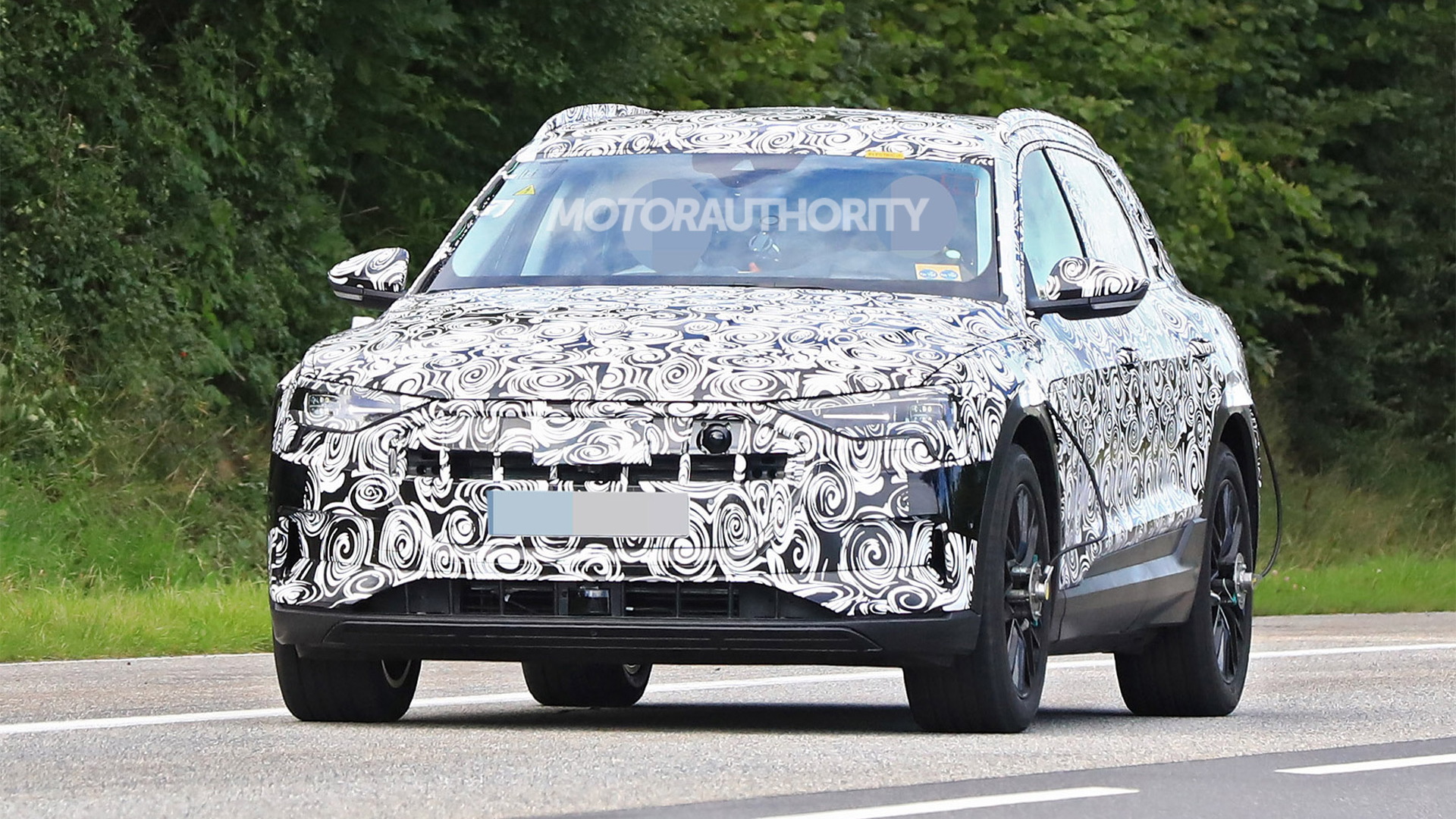 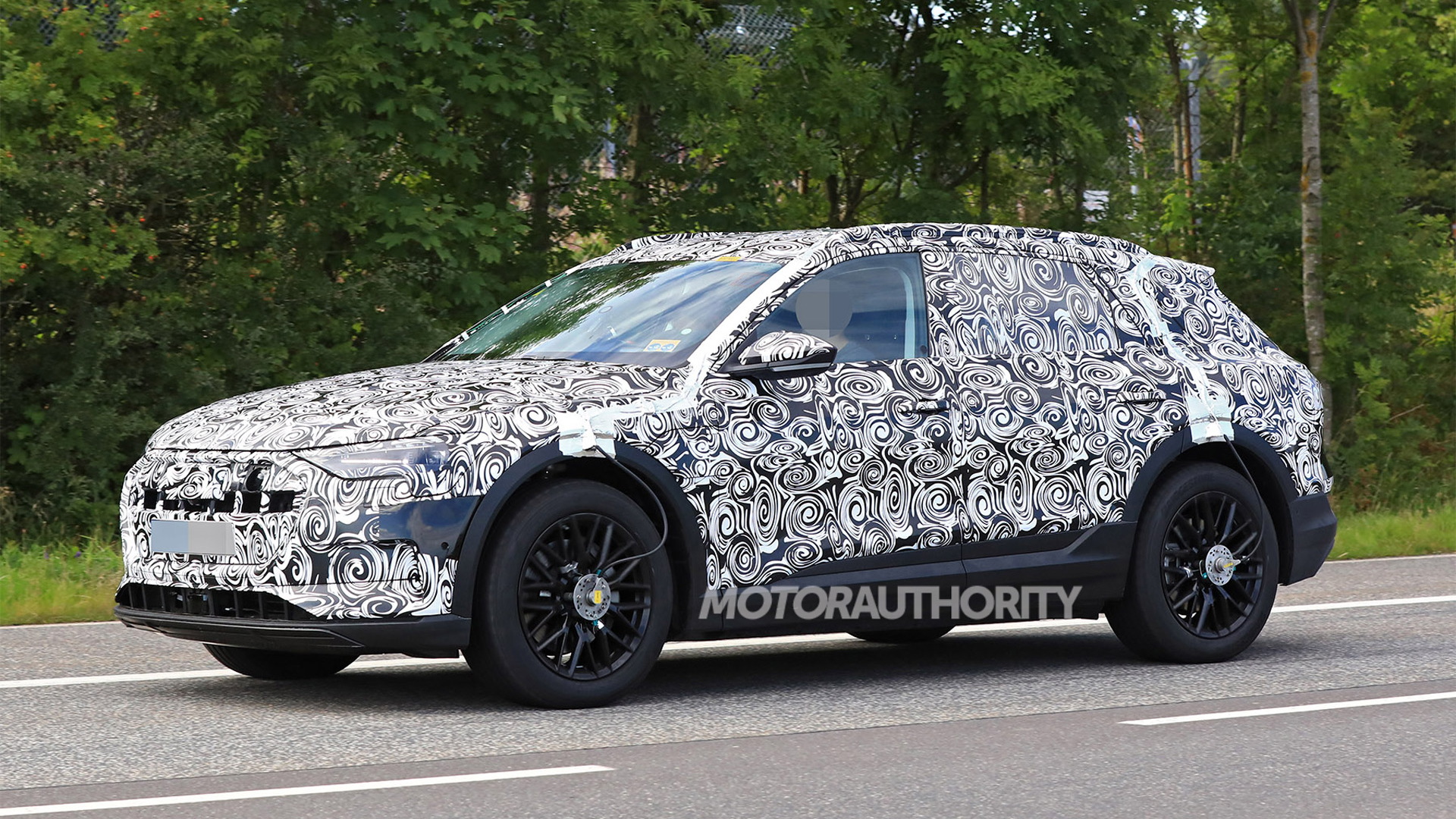 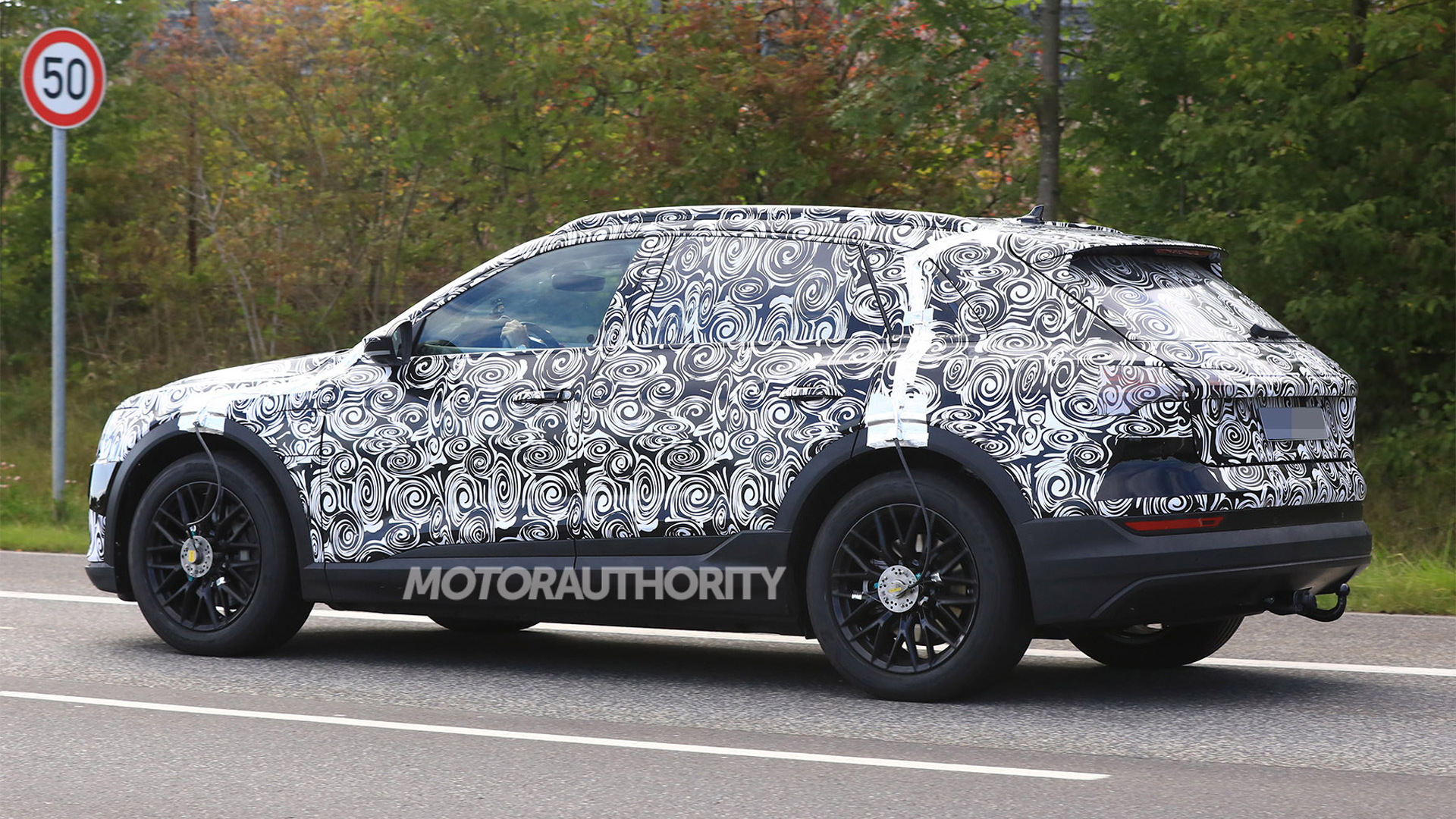 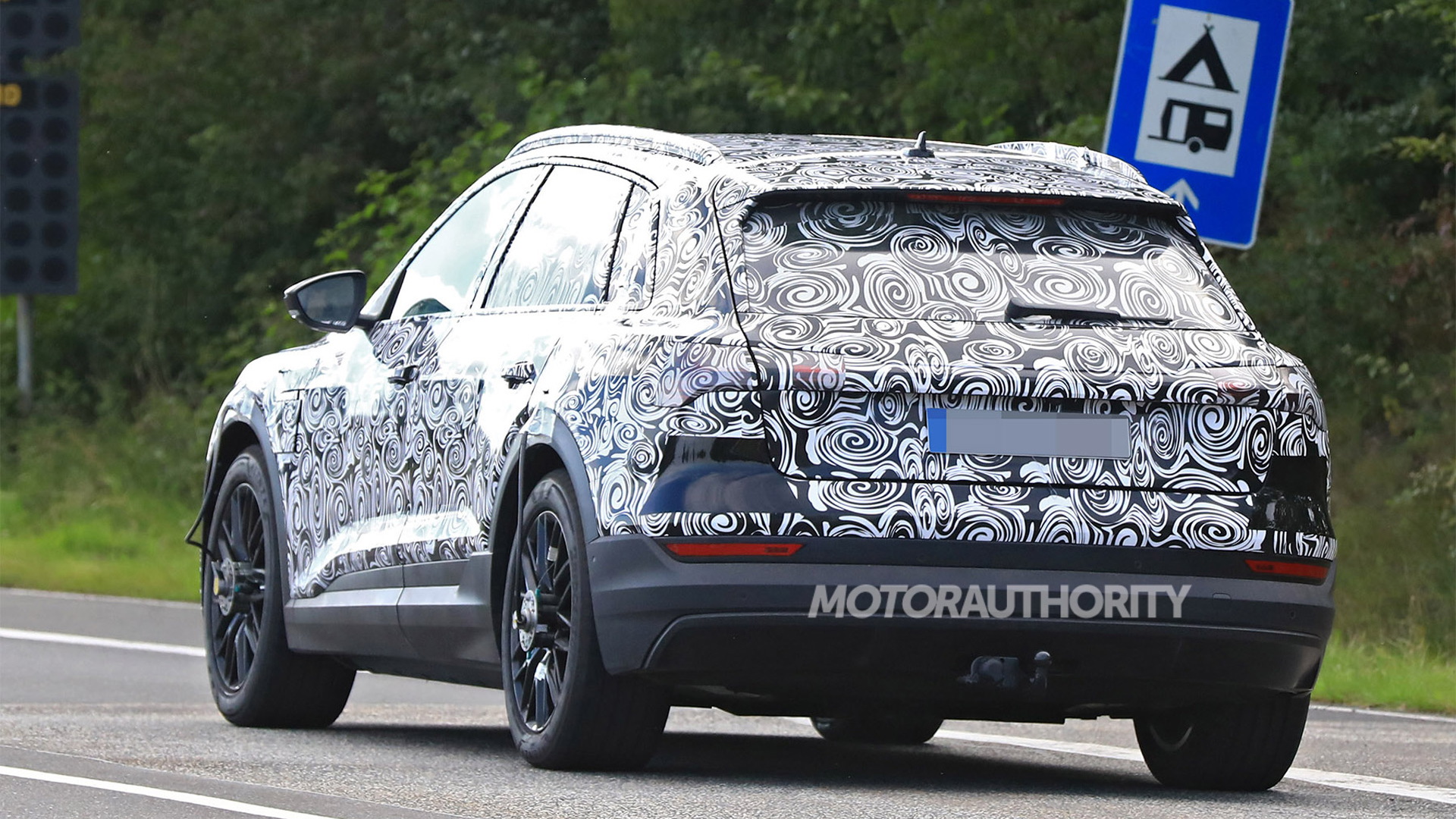 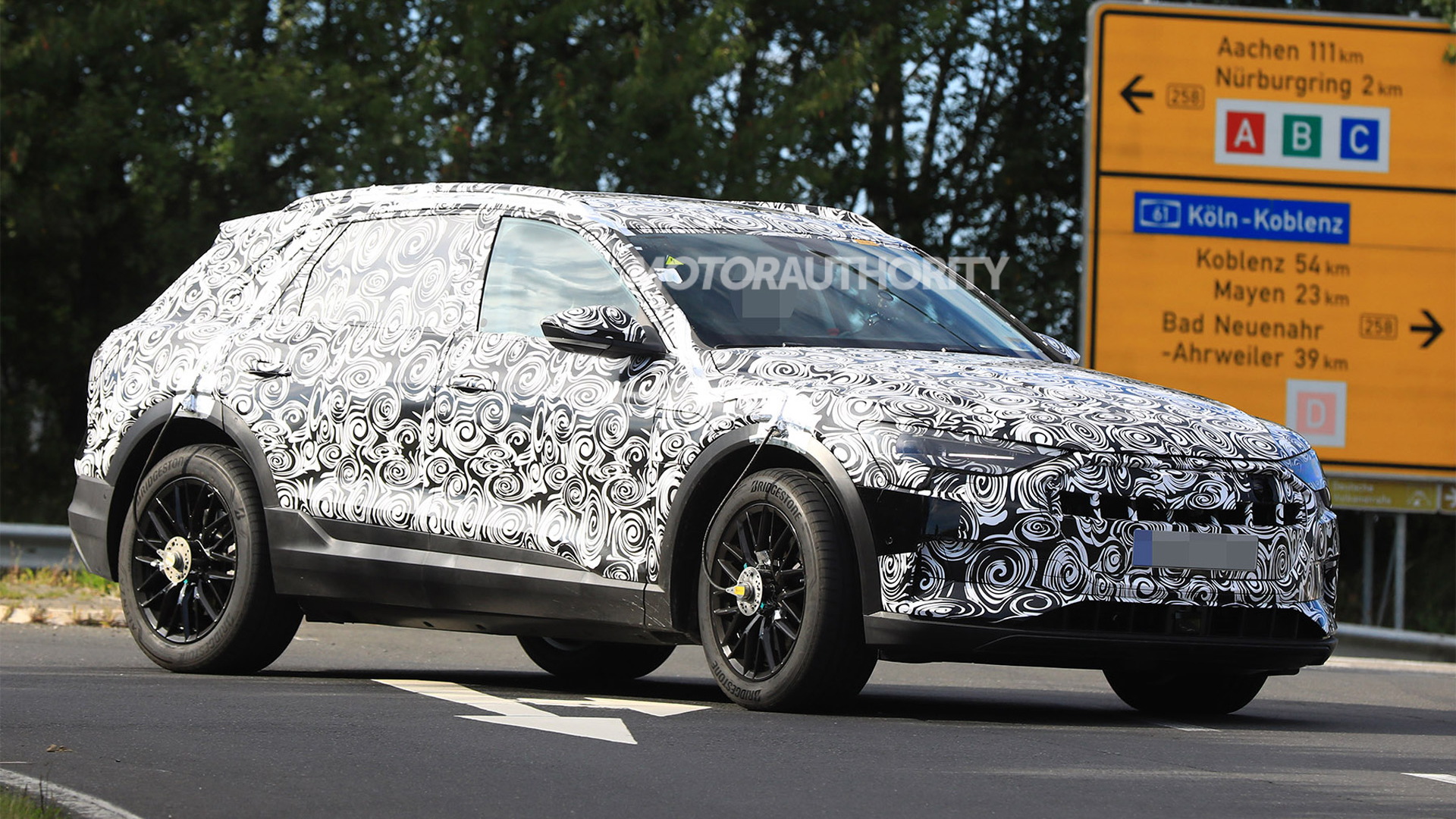 Audi is bringing an electric SUV to market in the form of the e-tron, and it's due next year, most likely as a 2019 model.

First introduced as a concept at the 2015 Frankfurt auto show, the SUV will be sized between the Q5 and Q7, which originally lead to speculation that it would use Q6 in its name. Instead it will just be called the e-tron.

The prototype spotted testing looks a lot like the current range of recently updated Audi SUVs, and it does appear to be sized between the Q5 and Q7. The rear hatch area slopes down faster than the more upright current products, though, and the grille looks like it is flatter and wider than the current one on both the Q5 and Q7.

It's also likely that the cooling ducts that the current models have on the outer edges of the front bumper are either much smaller or not there at all. There is, after all, no internal combustion engine to cool.

Some of those cues come from the concept shown in Frankfurt, but this version looks much more production ready.

Audi hasn't announced concrete specs for the e-tron but has been hinting at a range of at least 250 miles. In the concept sat a single electric motor at the front axle and twin motors at the rear. Peak output was around 430 horsepower, though an energy boost mode was able to lift this to 496 hp momentarily. The battery was a 95-kilowatt-hour lithium-ion unit.

The e-tron name dates back to 2009, when Audi introduced an electric concept car based on the R8 supercar. Since then, Audi has applied the name to the A3 e-tron and Q7 e-tron plug-in hybrids, as well as the production version of the R8 e-tron, which was canceled after just one year and fewer than 100 had been delivered. That car, by the way, was Audi's first electric model.

Audi will offer two more electric cars by 2020. Shortly after the arrival of the e-tron, we’ll see the related e-tron Sportback. The other model is believed to be a city car targeting the BMW i3 and to a lesser extent Chevrolet’s Bolt EV.

Interestingly, some of Audi’s electric cars will feature solar cells in their roofs. The generated energy will only be used to power ancillaries like the air conditioner or seat heaters, thus saving that little bit of extra energy to increase range.