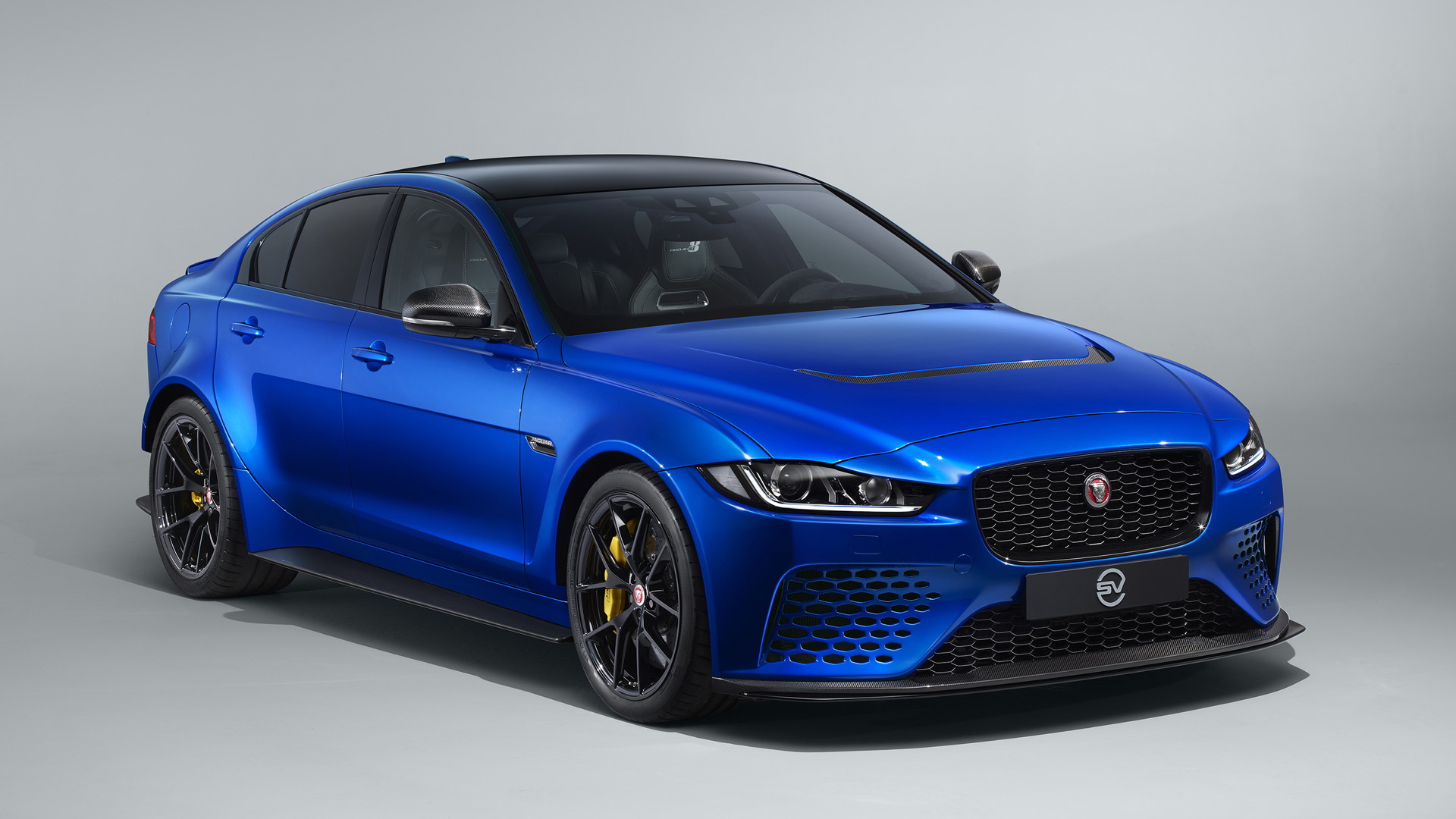 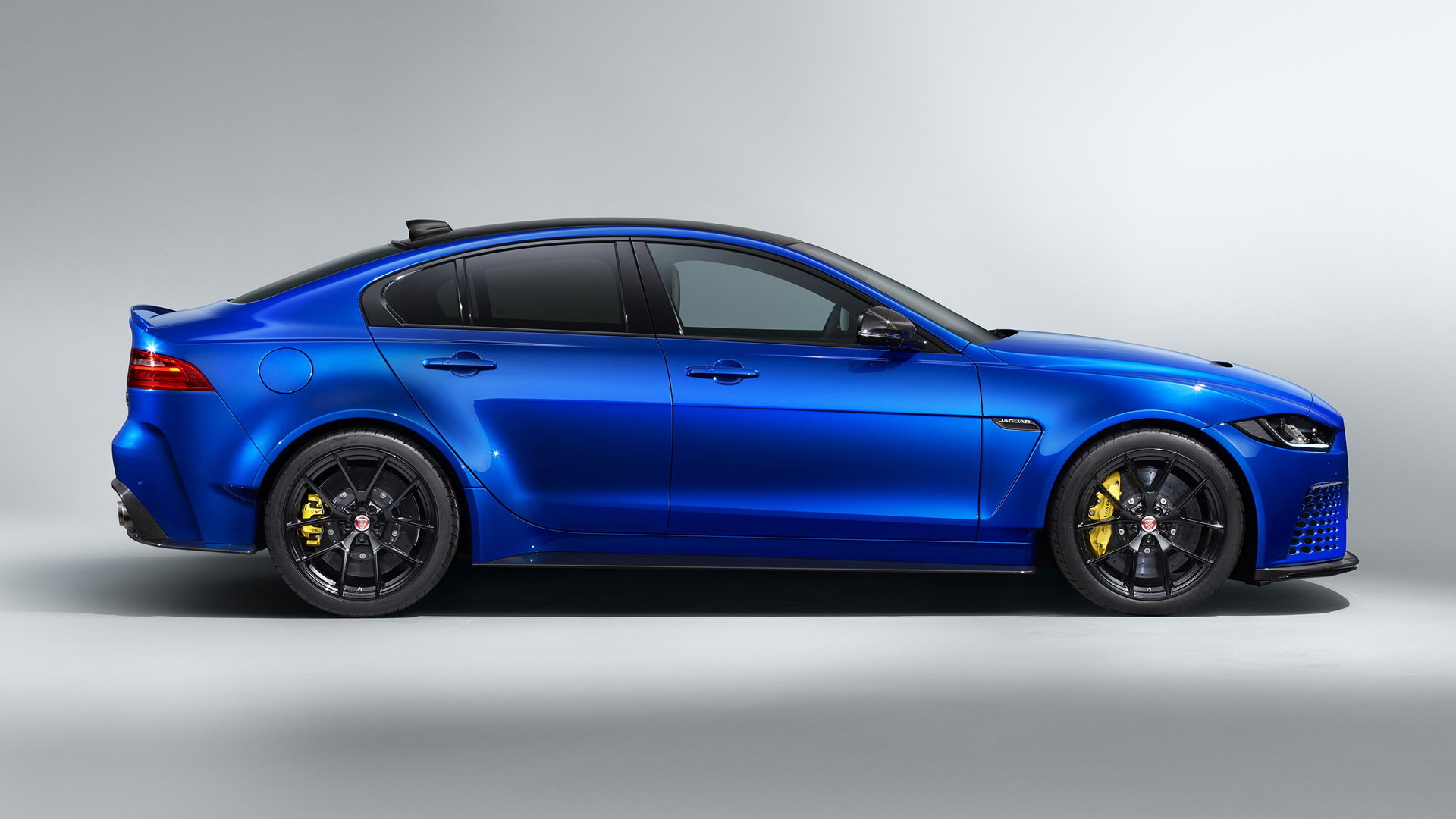 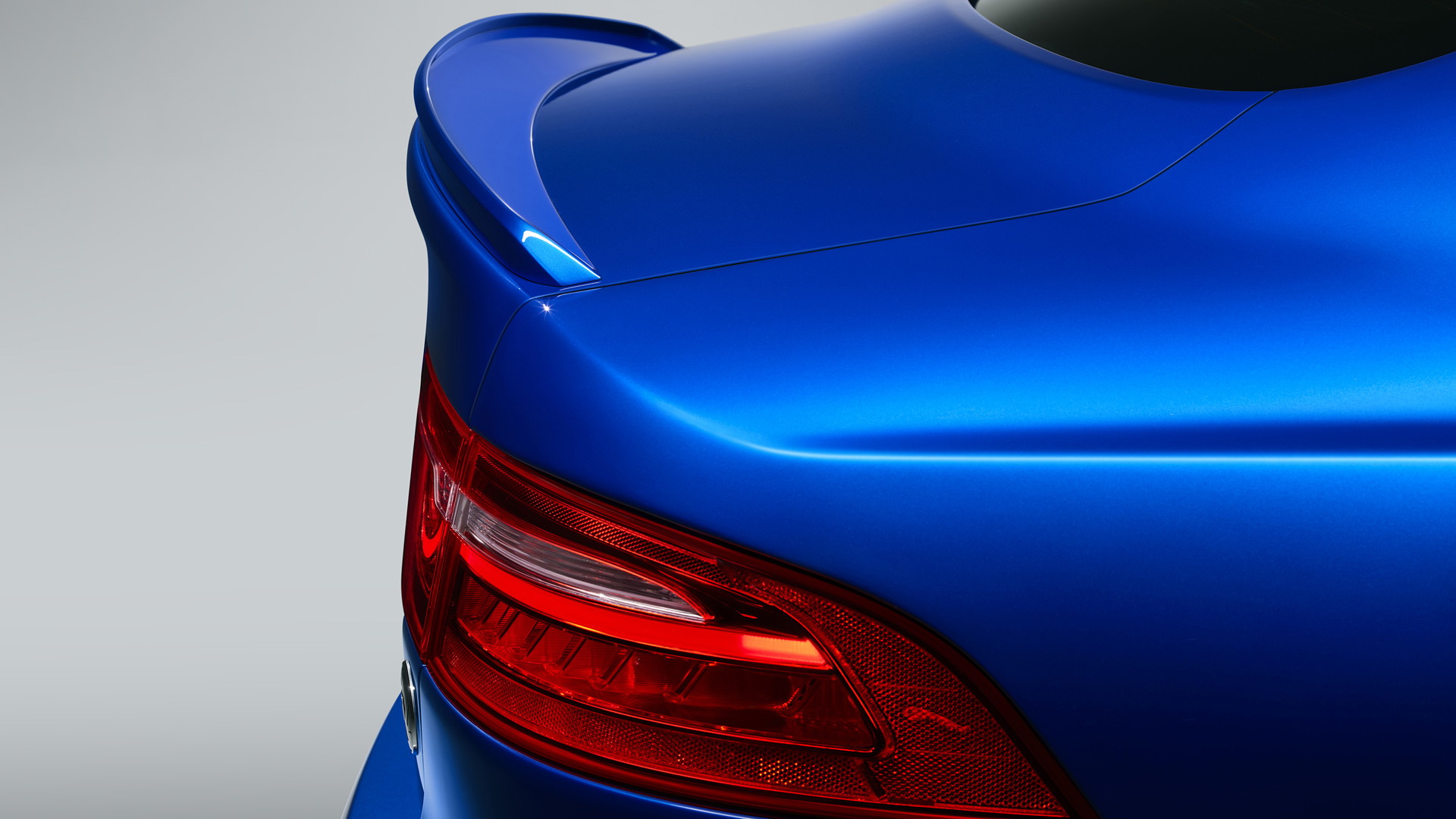 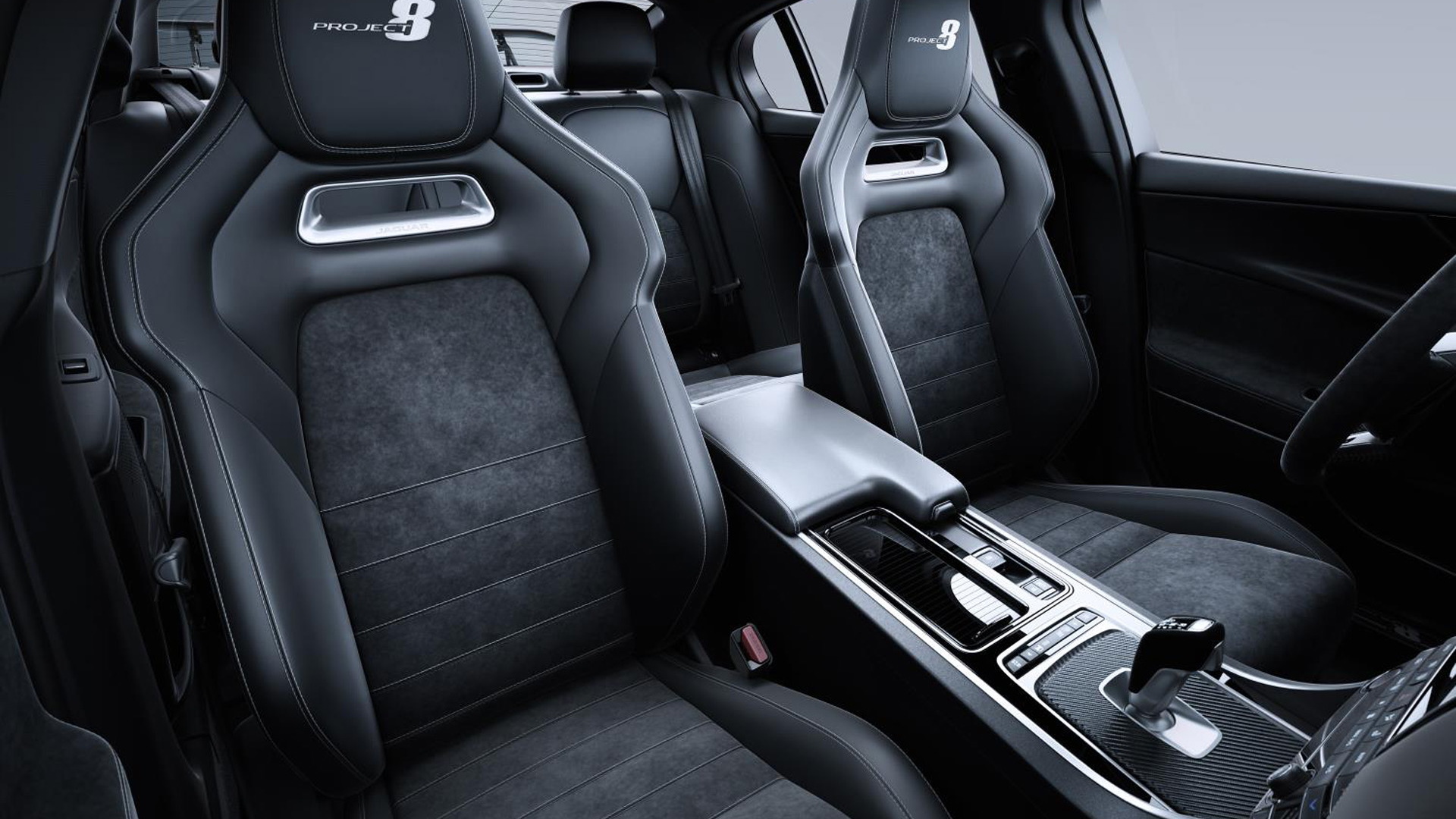 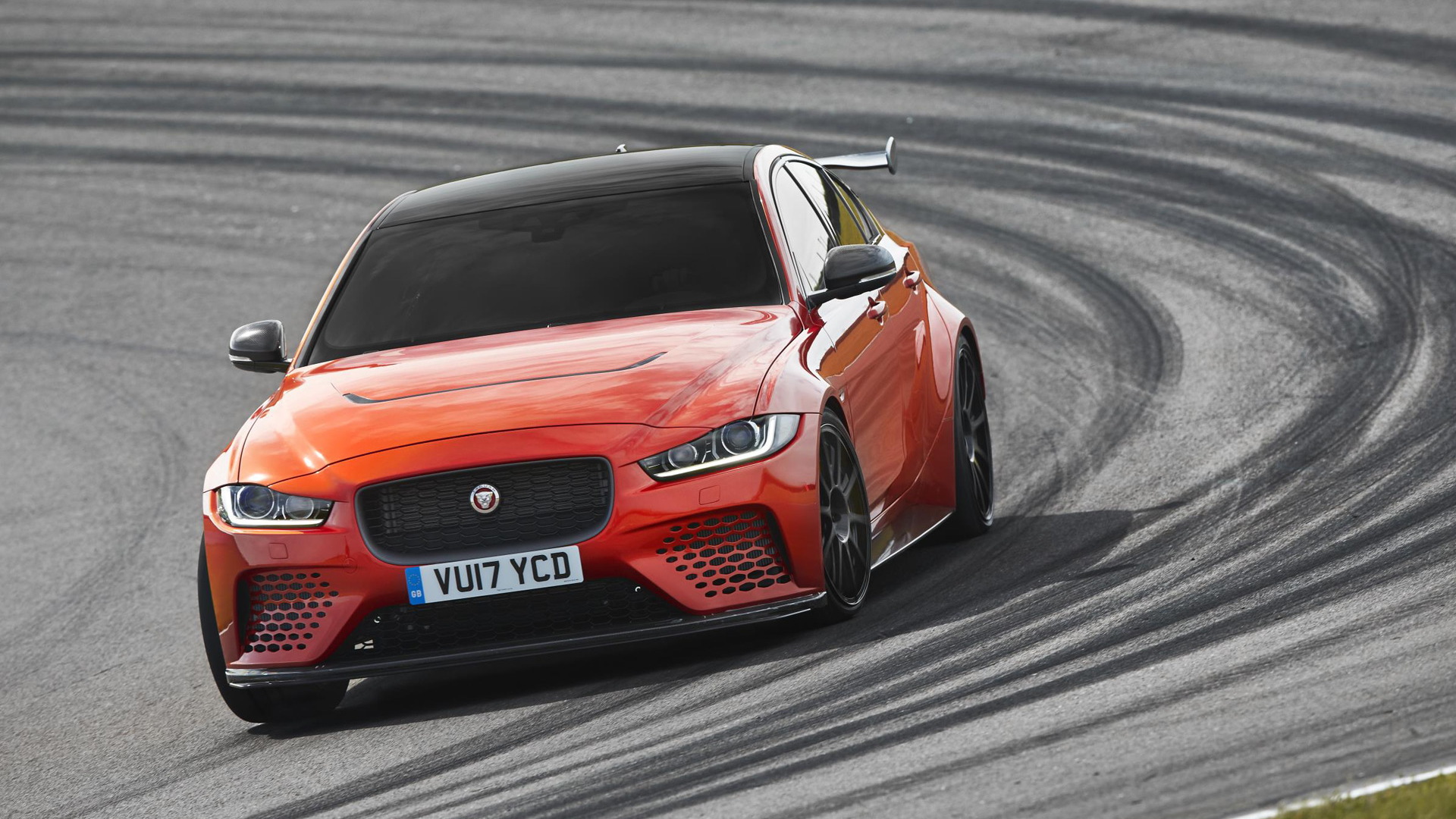 The Jaguar XE SV Project 8 launched in 2017 is the fastest 4-door production car around the Nürburgring, with Jaguar having taken the super sedan on a flying lap of the notorious German racetrack in a time of only 7:21.23.

Only 300 were built, but now Jaguar has unveiled a slightly more special version dubbed the Touring, which will see the production run extended by 15 more cars. The XE SV Project 8 Touring is a slightly more civilized version, which will appeal to buyers who may want to daily drive the car.

The most notable change is the more discrete rear spoiler which replaces the oversized carbon fiber wing on the original car. We're told the adjustable front splitter of the original has also been replaced by a new fixed unit, and the interior is only available in a 4-seat configuration. The original could be ordered with a roll cage replacing the rear seats, though this option was never offered in the United States.

No change has been made to the powertrain which consists of Jaguar Land Rover's 5.0-liter supercharged V-8 mated to an 8-speed automatic and all-wheel-drive system. The engine dishes out 592 horsepower and 516 pound-feet of torque and will rocket the car from 0-60 mph in 3.3 seconds and to a governed top speed of 186 mph.

Plenty of other improvements adorn all of the XE SV Project 8s, too. The 8-speed has been upgraded to improve shift quality and, for example, can handle extreme downshifts from eighth to second gear in 200 milliseconds. Plenty of aluminum and carbon fiber has also been utilized to keep the car's overall weight as low as possible—though it still tips the scale at 3,850 pounds—and extensive body modifications have been made to house a widened track. Every body panel apart from the front doors and roof is new.

Exclusivity and high performance are never cheap, so expect the price tag to match or perhaps even exceed the $188,495 of the original. No word yet if any of the build slots are earmarked for the U.S.