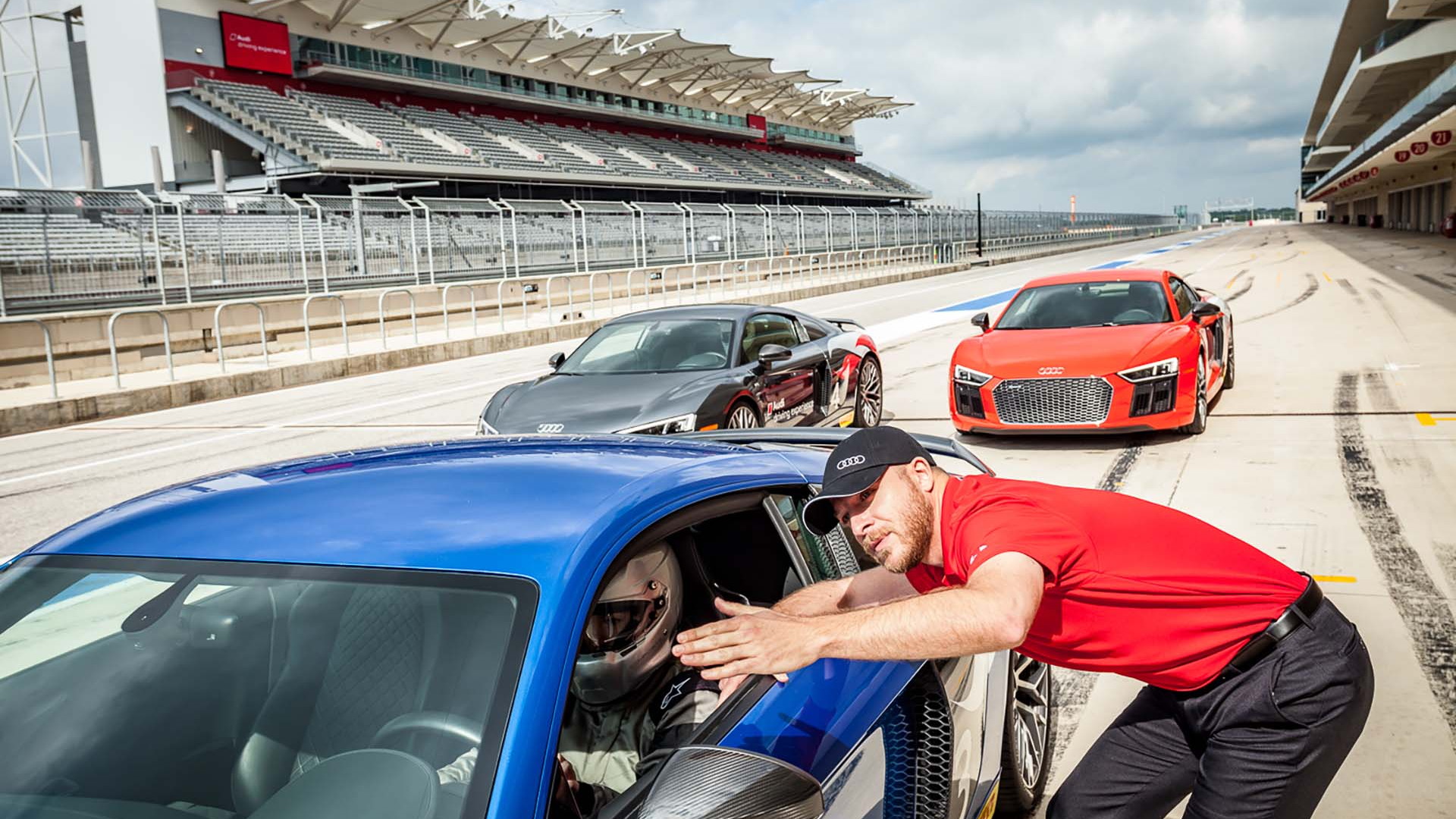 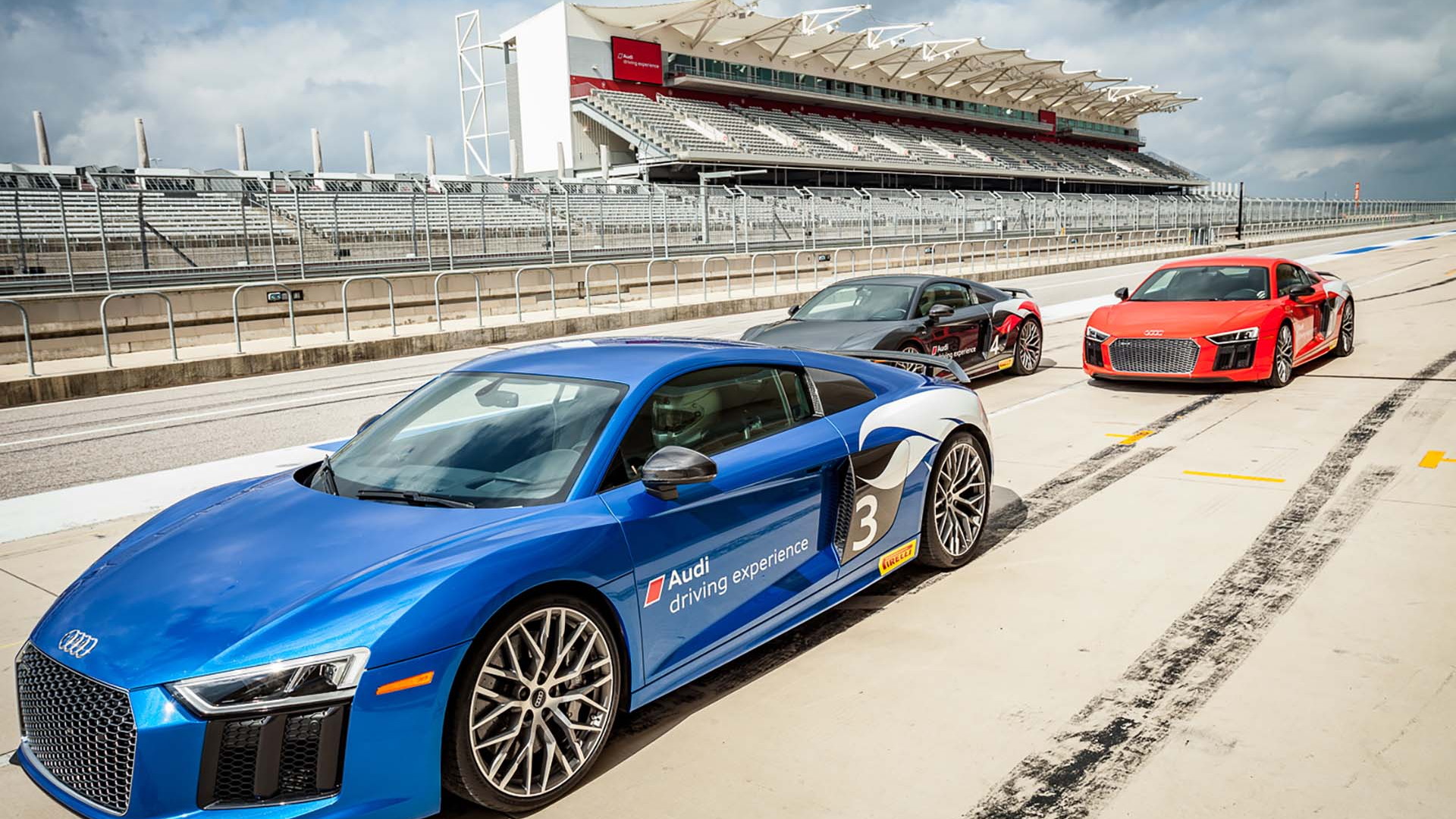 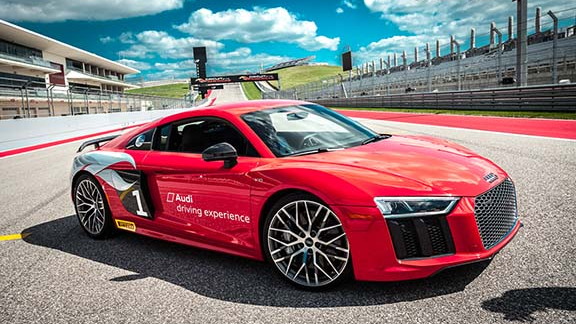 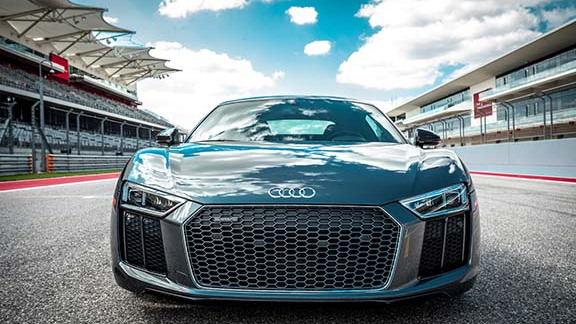 Audi announced Thursday that it would offer to the public a driving program at Circuit of The Americas to whomp an Audi TT RS, RS 3, Q7*, or R8 V10 Plus around the famed circuit for an afternoon—or for two days.

The racetrack in Austin, Texas, is the newest host to Audi's program, which is offered in other worldwide locales. Prices range from $595 for a four-hour session on a handling course (aka not the track) to $4,995 for a two-day session on the track behind the wheel of a 610-horsepower Audi R8 V10 Plus. Classes start in August and can be booked all the way through the end of January.

Audi's school is held at one of America's most exciting tracks, which is home to the United States Grand Prix every year, along with countless other high-series races.

The Audi Driving Experience isn't a formalized step toward real-life racing. It's a safety demonstration and a great way to burn rubber, be safe, and have fun. It will also help you learn how to better handle your car. If you're interested in learning how to race, the Sports Car Club of America offers a list of driving schools that count toward applying for a novice license.

Audi isn't the only manufacturer to offer a performance driving school. Nearly every manufacturer has a high-performance school at dozens of tracks around the country, year-round. Most fall into the same price range as Audi's school, give or take, and these schools are a good idea for a few reasons. Namely, it's a safe environment to go nuts in a performance car without putting the rest of us at risk on public roads. Also, it makes available professional drivers who can answer that burning question most of us have at the back of our minds: "I'm basically a natural race car driver, despite having no experience, aren't I?"

* Editor's note: Please take an Audi Q7 around COTA and send pics. That sounds like more fun than the time we ate a bunch of old mushrooms and watched "The Matrix."