Depending on who you ask, the Lexus LFA was either a remarkable achievement or a sales dud. Toyota spent a decade combing through its F1 program to take the best of its expertise and apply that knowledge to a road car.

There's no denying the car is a technological marvel and an incredible machine. Its 4.8-liter V-10 engine cranks out 552 horsepower and 334 pound-feet of torque and screams to 9,000 rpm. The structure is carbon fiber, and that led to an astronomically high $375,000 sticker price. Perhaps that's the reason a handful of new examples remain unsold in the United States to this day. That's despite the fact that the car was last produced in 2012.

Autoblog reports there are still 12 Lexus LFAs that remain unsold in the U.S. after it sorted through sales data. Lexus was happy to provide a reason as to why a dozen of these glorious machines are still technically on sale today. In 2010, orders began to slow for the LFA, so to ensure the cars weren't sitting idle at the factory, Lexus allowed existing LFA owners to order a second car. Additionally, Lexus opened up allocation to dealerships for an additional car, and executives were also able to order an LFA for themselves. 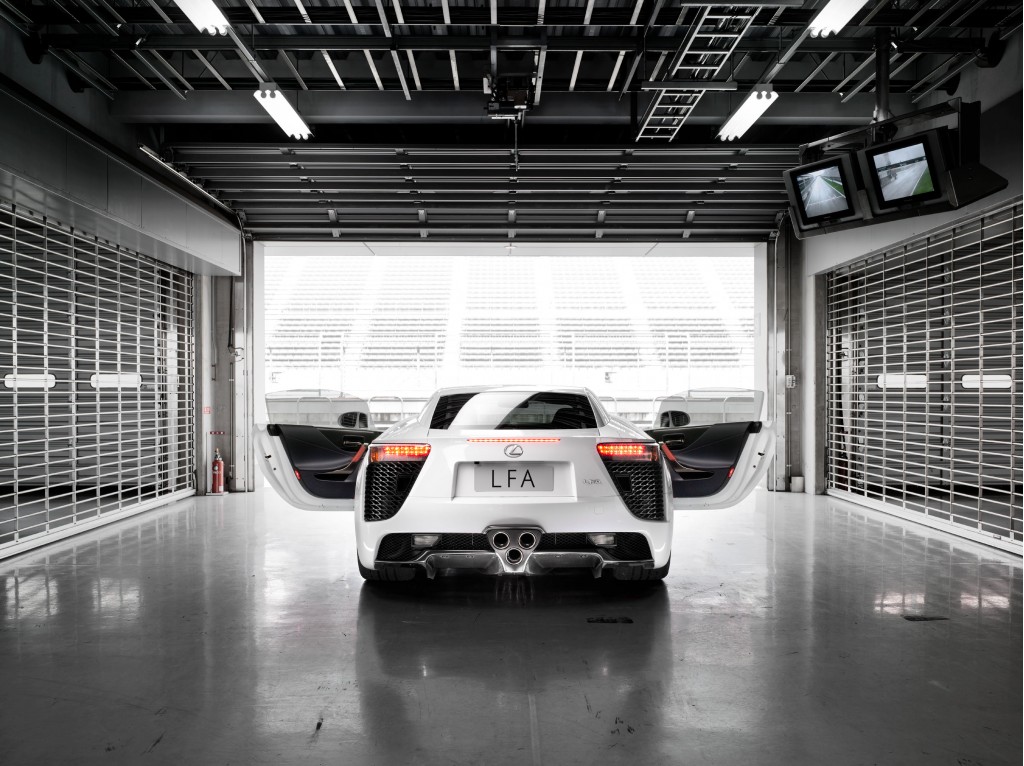 Does this mean someone could walk into a Lexus dealership and purchase one of the remaining LFAs? Probably not. The dealerships holding onto the never-registered LFAs have already sat on the cars for at least five years. Now, it's likely the dealers will continue to use them as centerpieces and potentially hold onto them as investment pieces.

After all, a brand-new 2006 Mitsubishi Evo MR just sold for $138,000 after a dealer finally decided to part ways with it. It may be harder to get buyers to pony up more than the LFA's $375,000 original price, but the payoff could be far more for such a limited-production exotic car.

The LFA was always a bit of a bastard child among its supercar brethren, but one day we imagine it will hit its stride with collectors.