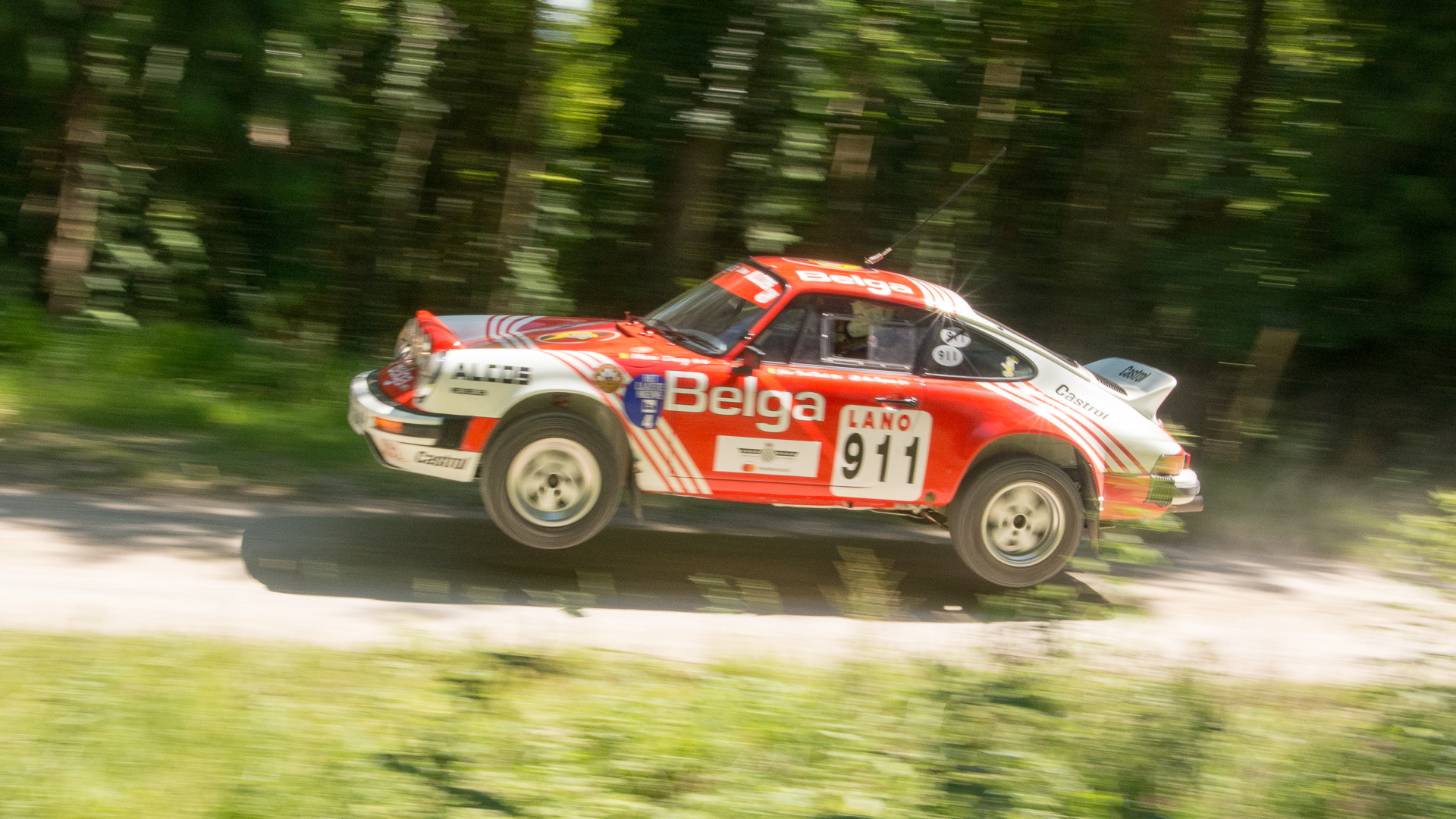 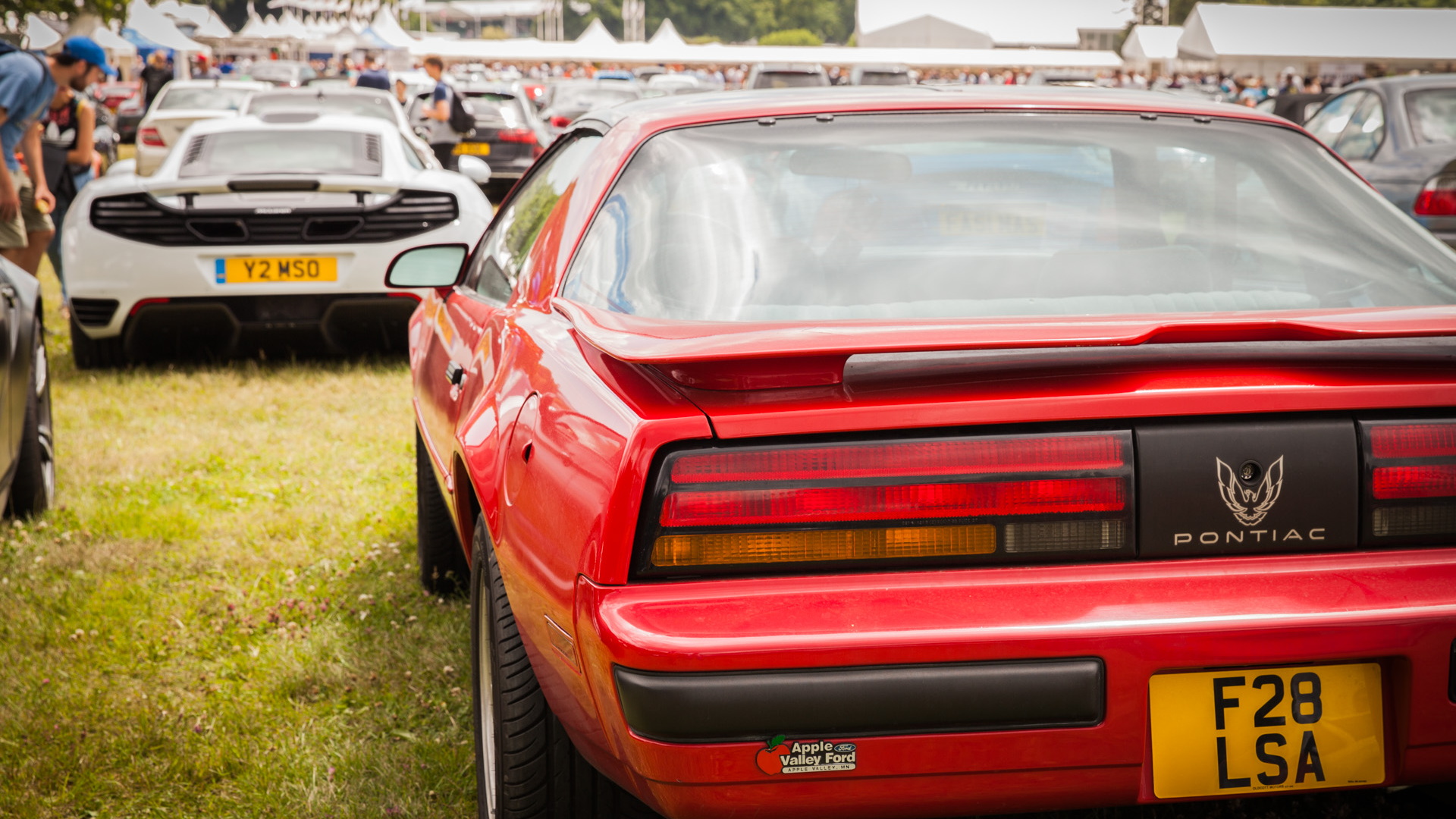 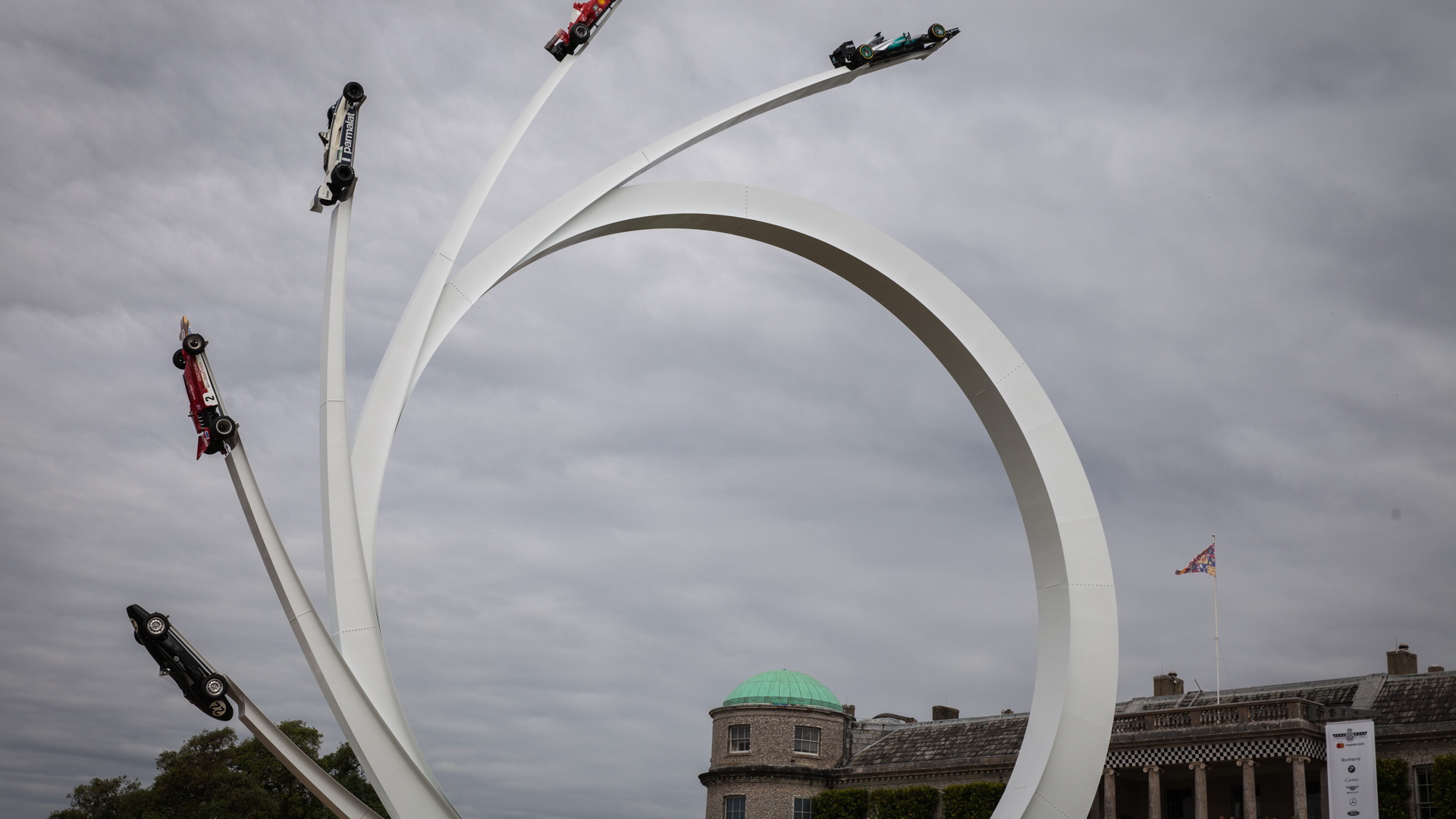 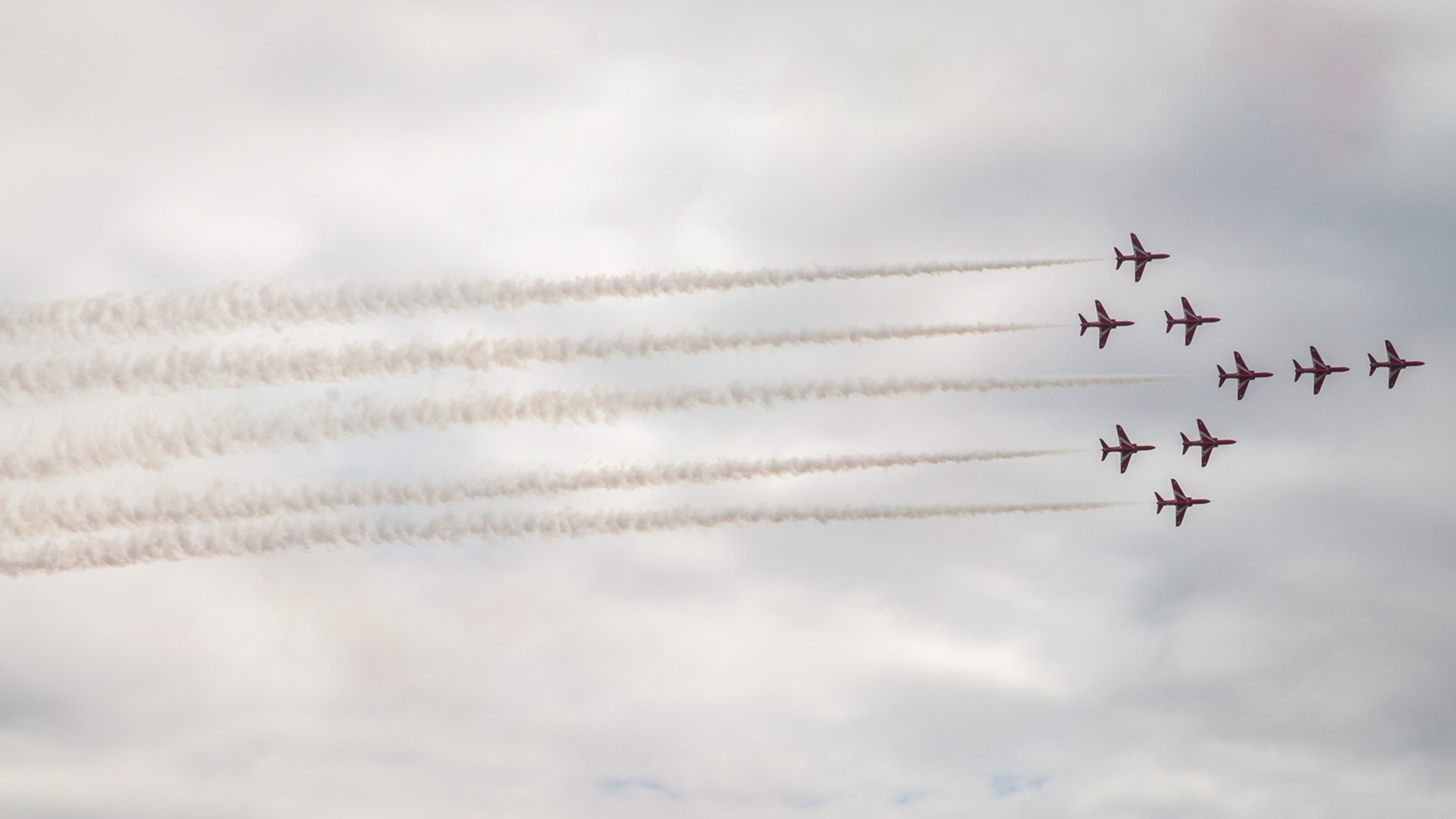 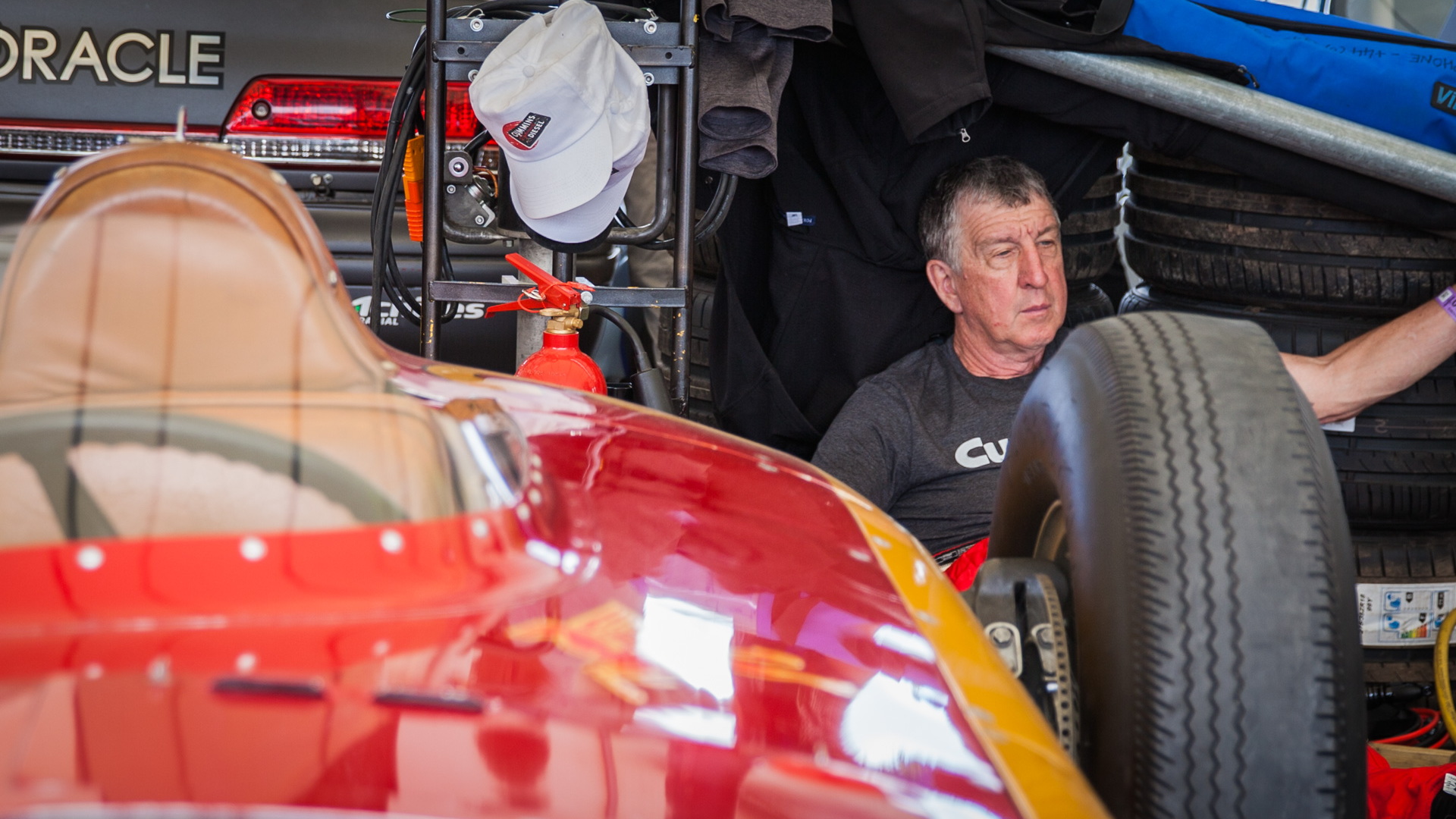 11
photos
God must be a gearhead. Want proof? Southern England inexplicably managed good weather for three consecutive days so we could witness seven decades of Ferrari, multiple generations of Formula One cars, and a tribute to Group B rally cars. Bear witness to the best we found at the 2017 Goodwood Festival of Speed.

It’s not as stunning as the car park at the Goodwood Revival, but the Festival of Speed attracts a group of high-performance vehicles unlike any other event. In the time it takes to walk from one end to the other, we saw a Porsche 918 Spyder, a LaFerrari, and countless Aston Martins and Lamborghinis. A late 1980s Pontiac Firebird was an odd sight in England.

Let’s ignore the fact that this year’s statue, officially called the Central Feature, was devoted to a dehydrated smurf named Bernie Ecclestone and just appreciate the stunning design of Goodwood’s central structure. The towering display featured a 1958 Connaught that Bernie raced in two F1 contests and the championship Brabham from his time as that team’s owner. There was also a Lotus, a Ferrari, and a Mercedes to help round out Ecclestone’s five decades as a driver, team owner, and dictator of the world’s top tier of motor racing.

Goodwood regularly plays host to some impressive airborne hardware, on top of the road-going stuff. This year featured multiple demonstrations from the Royal Air Force’s flight demonstration team, the Red Arrows, as well as a few different appearances by one of the RAF’s Eurofighter Typhoons. The modern-day fighter was a showstopper, bringing audiences to a standstill across the Festival as it twisted, twirled, and soared overhead.

It’s almost impossible to see all of Goodwood in one day, which is good, because there’s absolutely no need. The Festival organizers sort each car into a batch and each batch runs at least once per day from Thursday to Sunday. Some, like the vehicles from the Supercar Paddock, even run multiple times per day. Just grab a schedule when you get to the Festival and it’s easy to plan your entire weekend.

The climb up Lord March’s driveway gets all the attention at the Goodwood Festival of Speed, but it’s but one of the two main events. The other is the Forest Rally on the Goodwood Estate. The short, twisting course includes hairpin bends, a jump, and some of the greatest rally machines in history. In just an hour at the course, we saw a Lancia Stratos, a vintage Mini Cooper, a Porsche 911, a Ford Fiesta WRC car, a pair of rally legend Colin McRae’s cars—the 555 Subaru Impreza WRX and the Martini Ford Focus RS—going all out through the forest.

We don’t mean vagabonds. This year a handful of Formula Drift cars made their way up the hill—not in a straight line, whatsoever. How about a 1,200-horsepower rotary-powered Mazda MX-5? Yup, that. Crowds went wild for the cars, which meant to us that while the fastest way between two points is a straight line, it’s not always the most entertaining.

Where else can you see Formula One racers next to LeMans prototype cars fresh from their win? (And still dirty too.) Hundreds of thousands of fans crawl all over priceless vintage cars and sideshow exhibits that can’t be found anywhere else in the world. Think of the Goodwood Festival of Speed as a neighborhood garage party where a race breaks out.

MUST SEE: Are we having fun yet? Here's your 2017 Goodwood Festival of Speed day three gallery

Almost unbelievably, some of these priceless cars and machines are actually up for grabs. Several exhibitions featured “For Sale” signs on cars hot off the track, and Bonhams hosts an on-site auction that generated millions in sales. Yes, you can buy award-winning racecars and vintage machines to bring home. No, we didn’t say any of it was affordable.

Where else do you see Paris-Dakar motorcycles run up after pre-War vintage race cars? The 2017 Goodwood Festival of Speed celebrates all forms of speed—two wheels or four, or three. Want more? The 28-liter “Beast of Turin” gas-guzzler shared track time minutes after a Rimac electric supercar whizzed past.

While some of the entries are all about showing off, some of them are about showing their stuff. The 2017 Goodwood Festival of Speed had plenty of exciting competition between disparate racers all looking for the fastest time up the hill. While we didn’t see any record-breaking times, we still saw plenty of racers shaving inches off corners in a quest for the coveted quickest time up the hill.