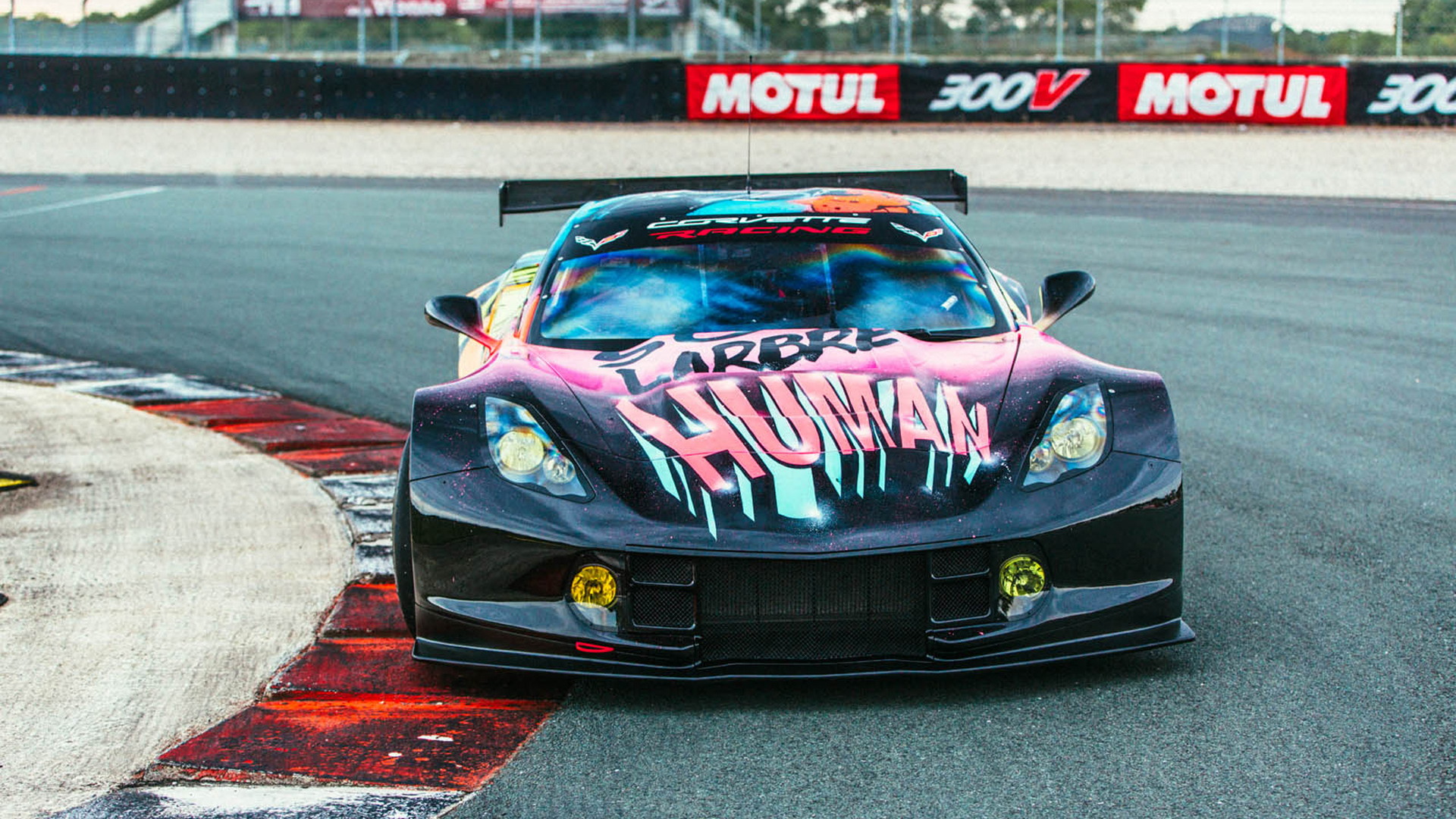 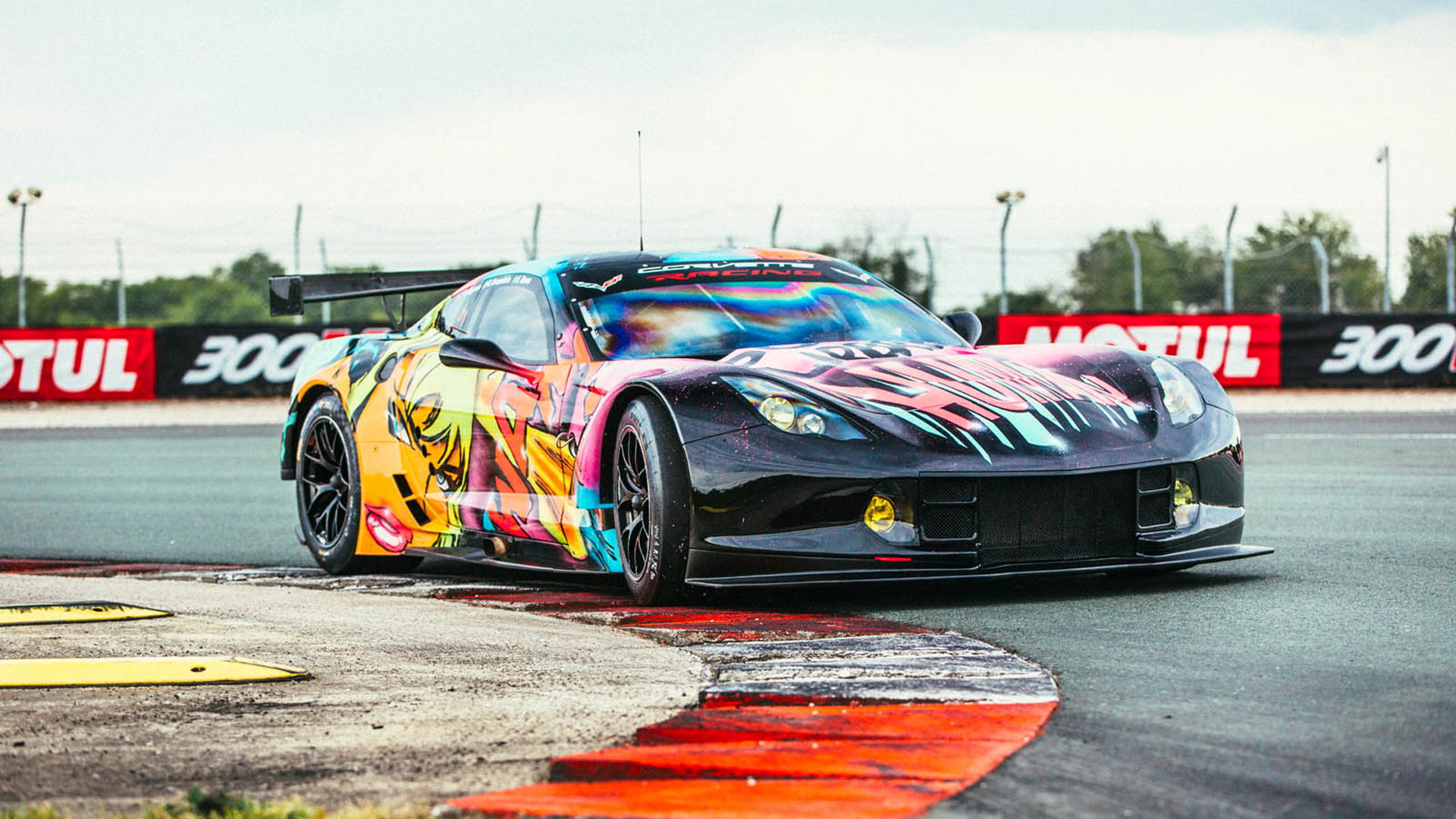 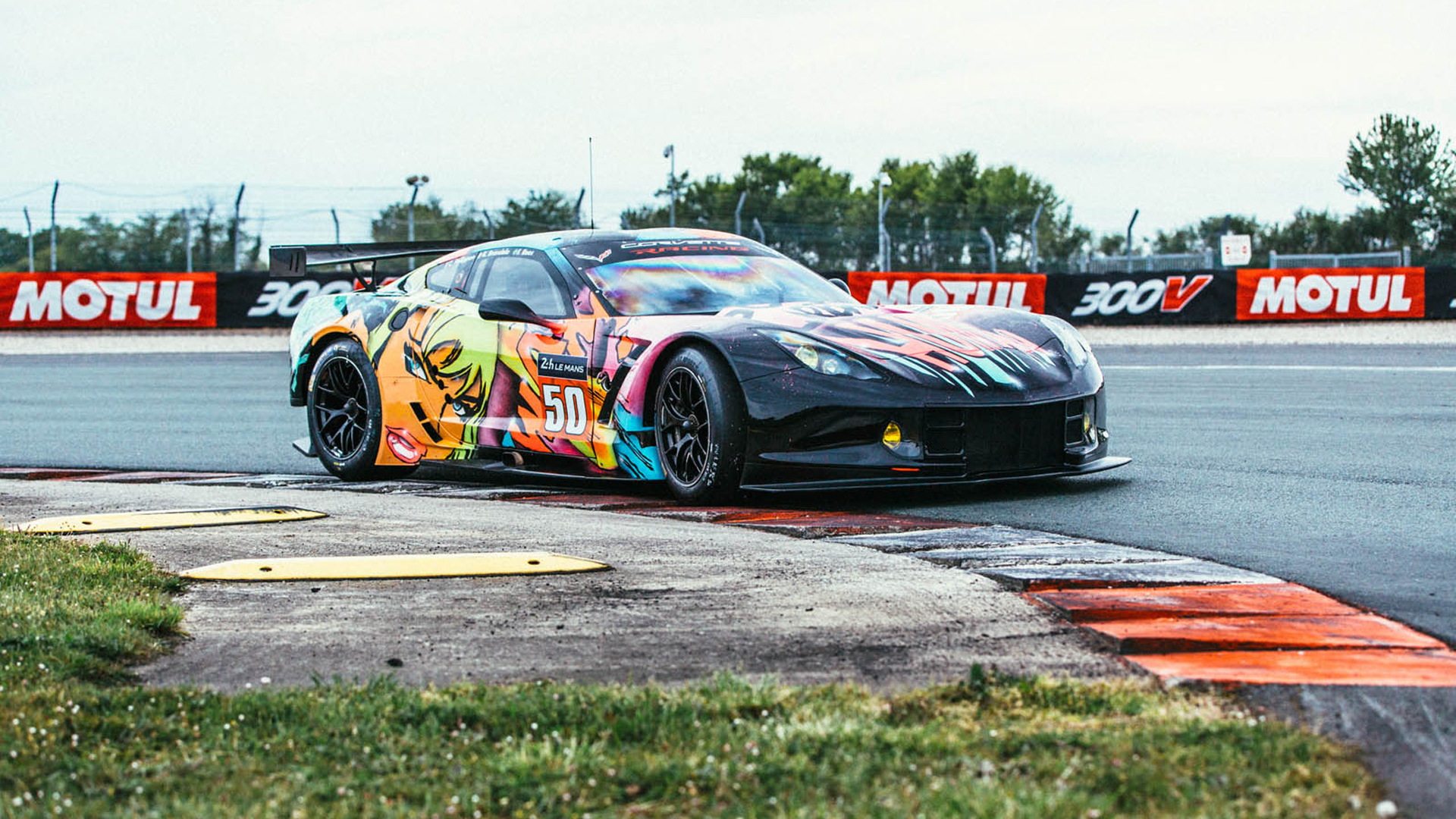 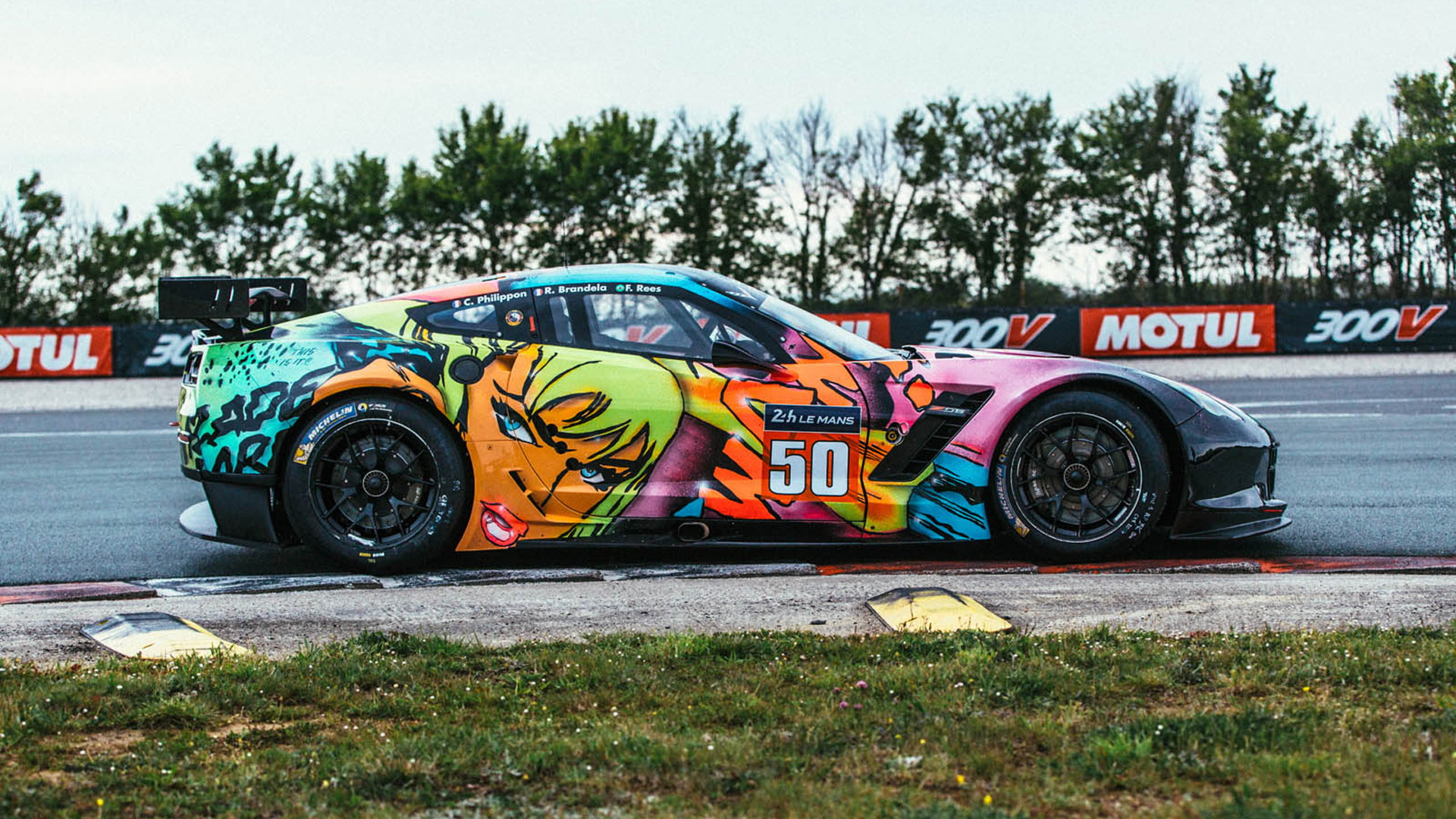 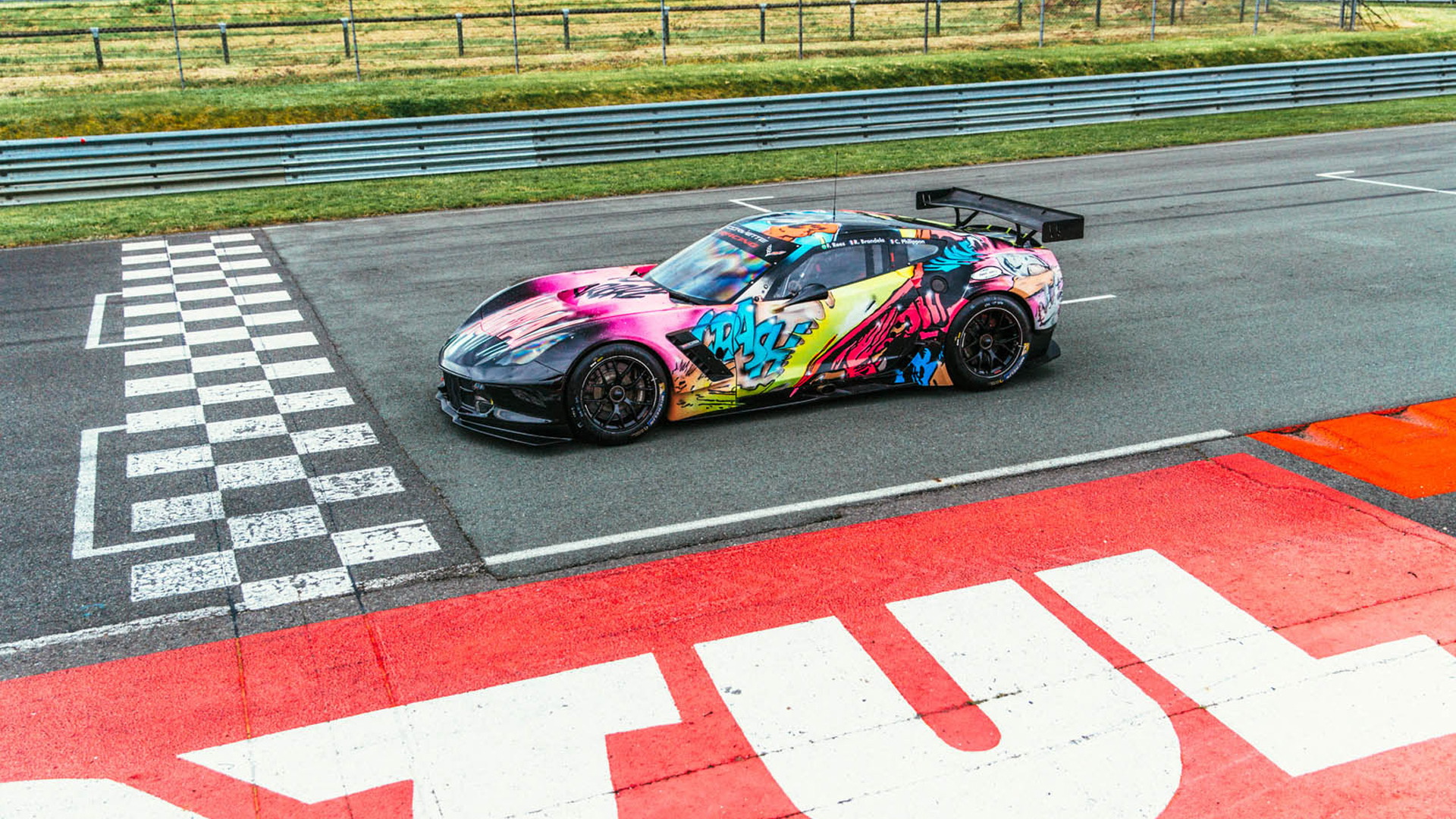 French race team Larbre Competition has revealed a wild livery for the No. 50 Chevrolet Corvette C7.R it plans to enter in the 2017 24 Hours of Le Mans, which runs the weekend starting June 17.

The livery was created by French artist Ramzi Adek who came up with a pop art theme that would fit right in at a Roy Lichtenstein exhibition. In a statement, Adek explained that there are three main elements to the livery referencing the three drivers that will be taking turns behind the wheel.

On one side is a woman with a strong gaze defining a fighting spirit. On the opposing side is a man’s forearm as well as a shield to represent strength. And on the hood is the work’s name, Human, to represent all the people behind the scenes at Larbre Competition.

The car will be entered in the GTE Am class for production-based cars and amateur drivers. Doing the driving will be Christian Philippon, Romain Brandela, and Fernando Rees. They’ve had numerous racing successes including a class victory in the 2012 24 Hours of Le Mans with a Corvette C6.R.

The Corvette C7.R is powered by a 5.5-liter V-8 delivering a regulated 500 horsepower and 479 pound-feet of torque. The car also features a 6-speed sequential transmission, 6-piston brake calipers all ‘round, and 18-inch BBS forged magnesium wheels. The total weight is 2,744 pounds.