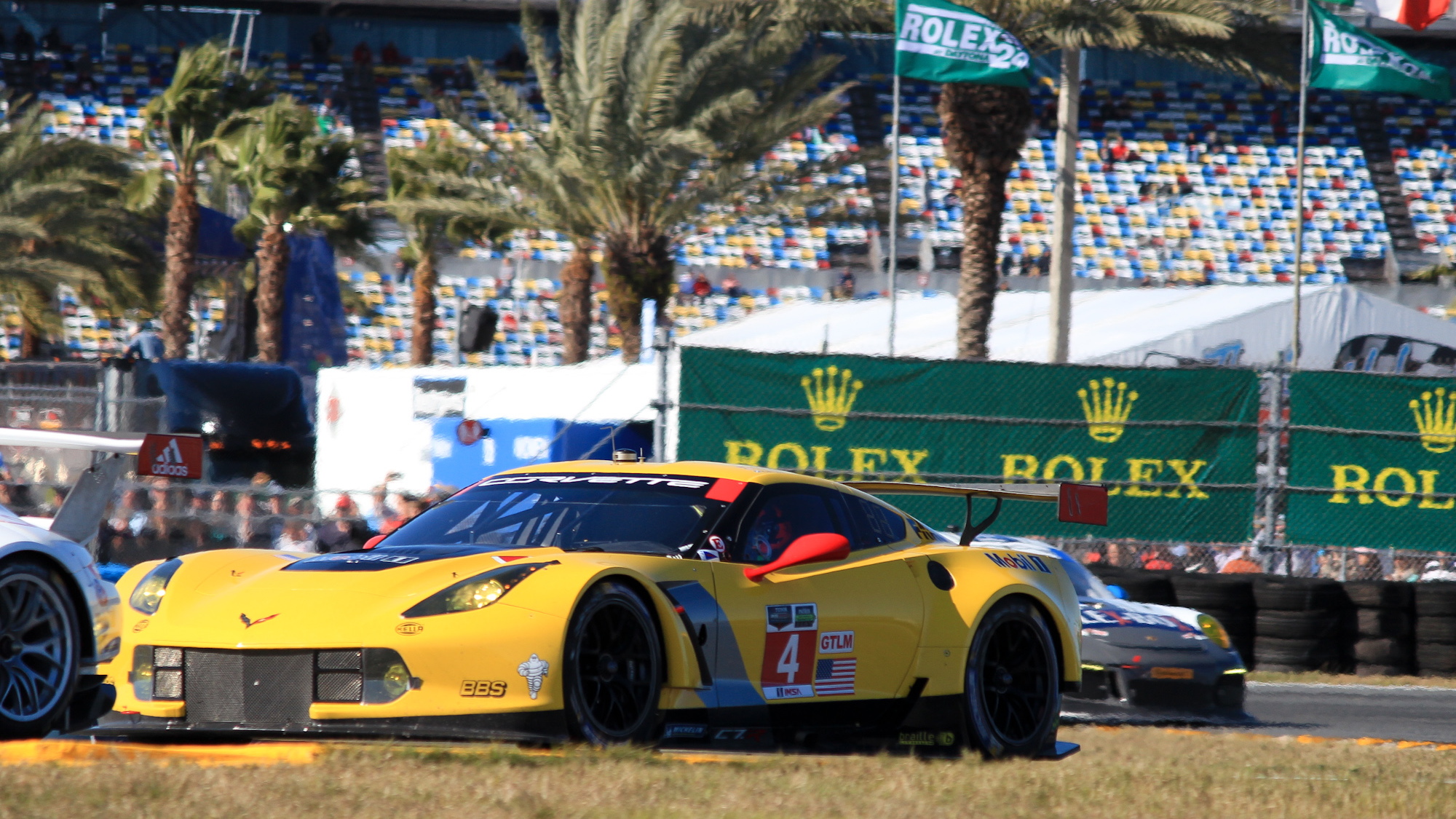 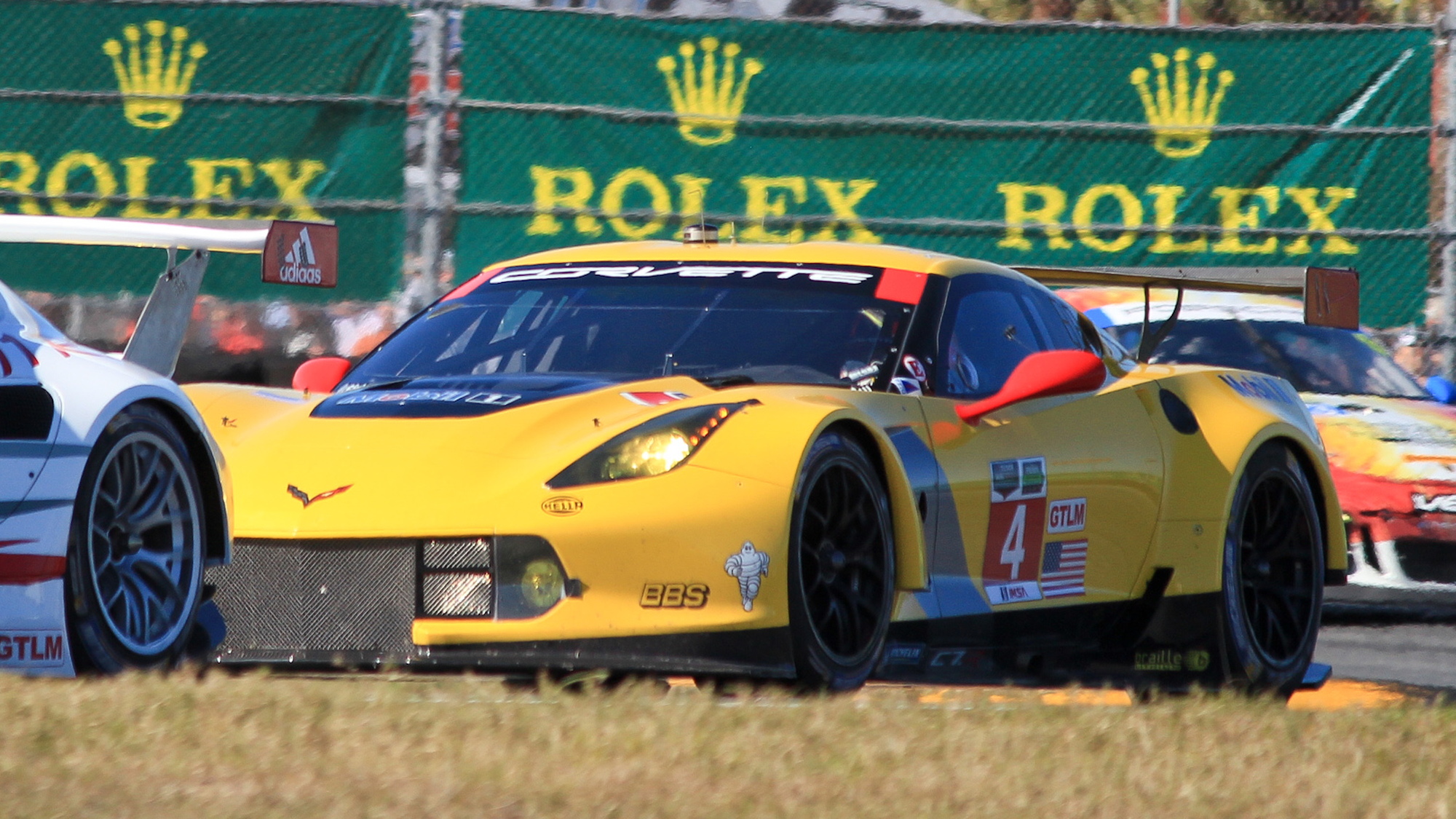 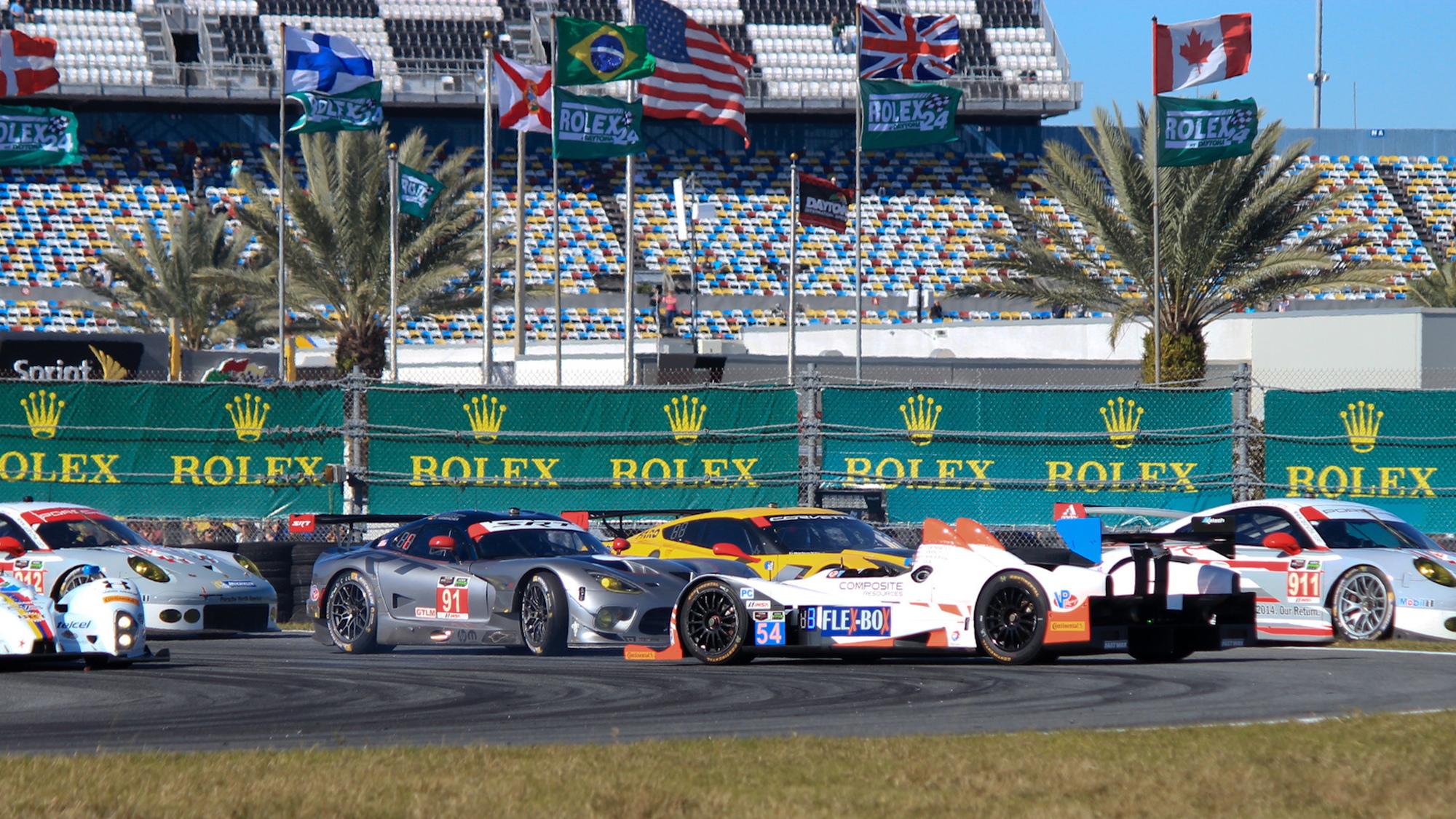 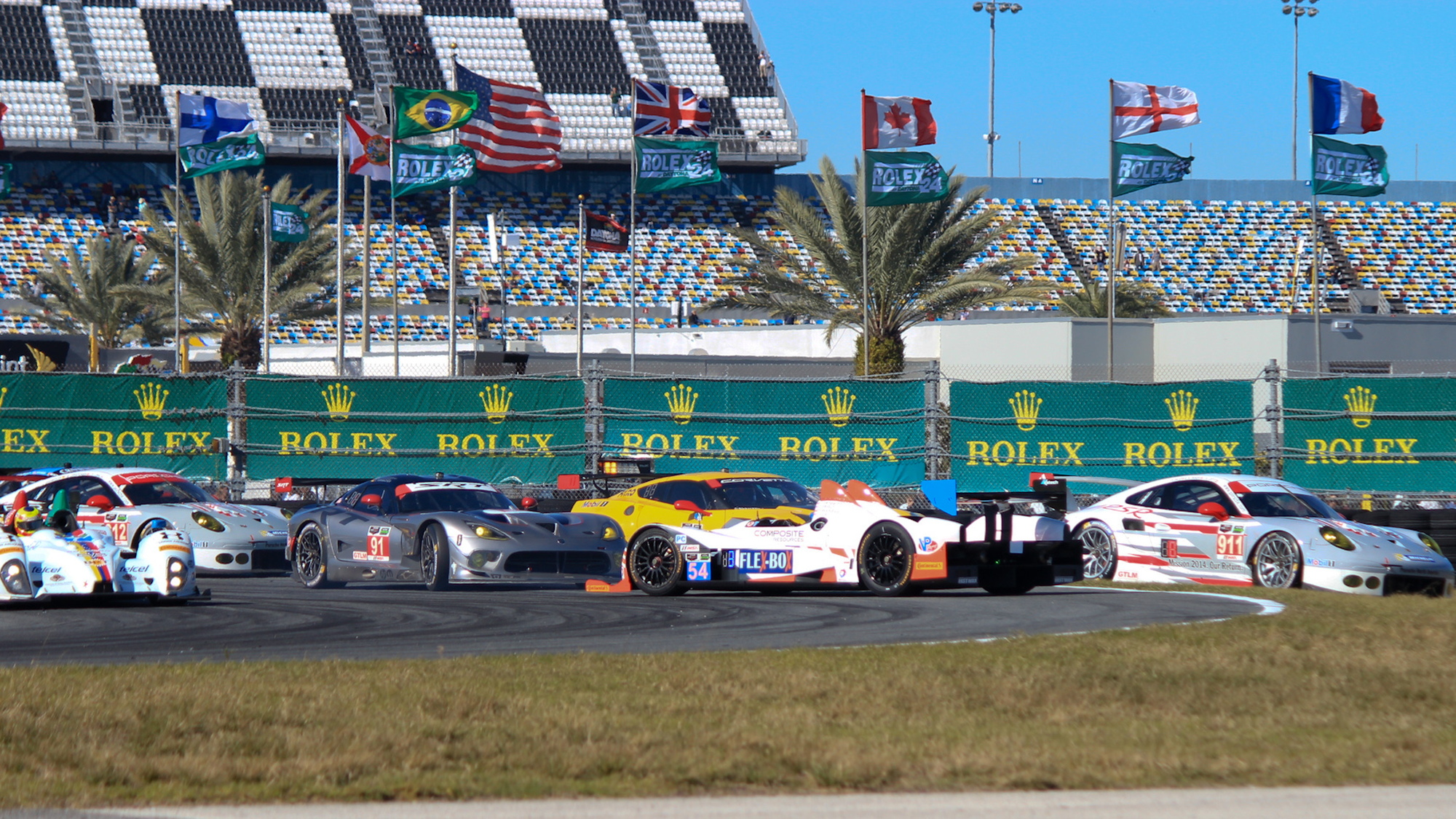 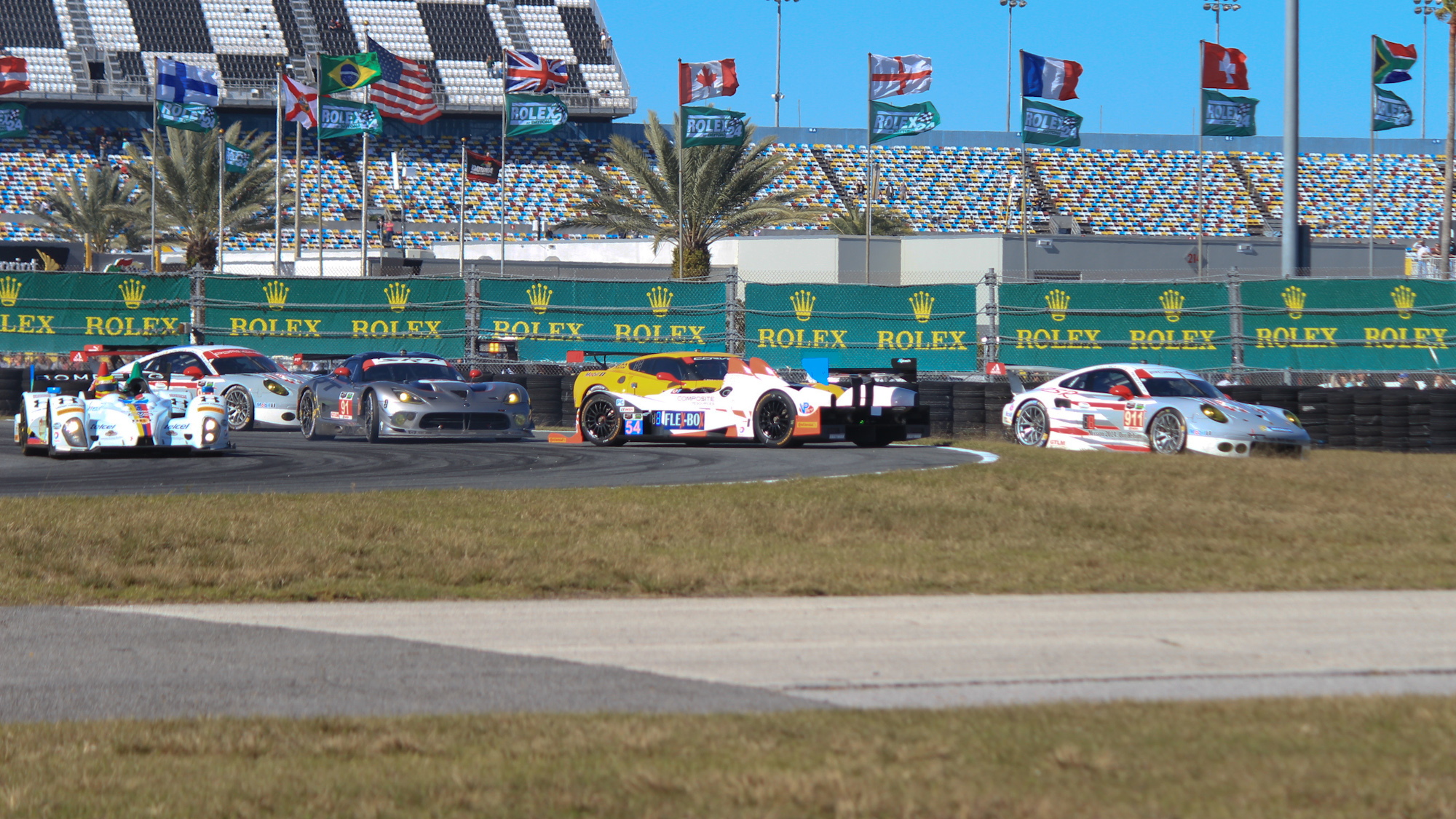 24
photos
The seventh-generation Chevy Corvette is here, as its rather over-the-top Z06 version, and, making its racing debut today at the Rolex 24 in Daytona, the C7.R race car.

Captured at the International Horseshoe corner during the first three laps of the race, these photos show the Gavin/Milner/Liddell Corvette Racing C7.R no. 4’s near-miss with the no. 54 Oreca FLM09 Prototype Challenge car of Bennett/Gue/Braun/Wilkins among other action.

The stunning racer has been designed to compete in various GT race formats including Le Mans as well as the United SportsCar Racing. Power comes from a naturally-aspirated 5.5-liter V-8 with direct fuel injection and dry sump lubrication. Chevy is keeping quiet on final power figures, though it’s almost certainly less than the estimated 625 horsepower of the Corvette Z06.

It does, however, feature similar suspension to road-going Corvettes: double wishbones but with unique control arms and coil-overs. Its brakes are unique, though, in this case steel rotors with six-piston calipers at each corner.

Oh, and the car also sports an updated version of the Jake skull logo, the Corvette Racing team’s unofficial mascot.

Stay tuned for more live Daytona coverage here at Motor Authority as the race goes on, including live photos, news, and more.