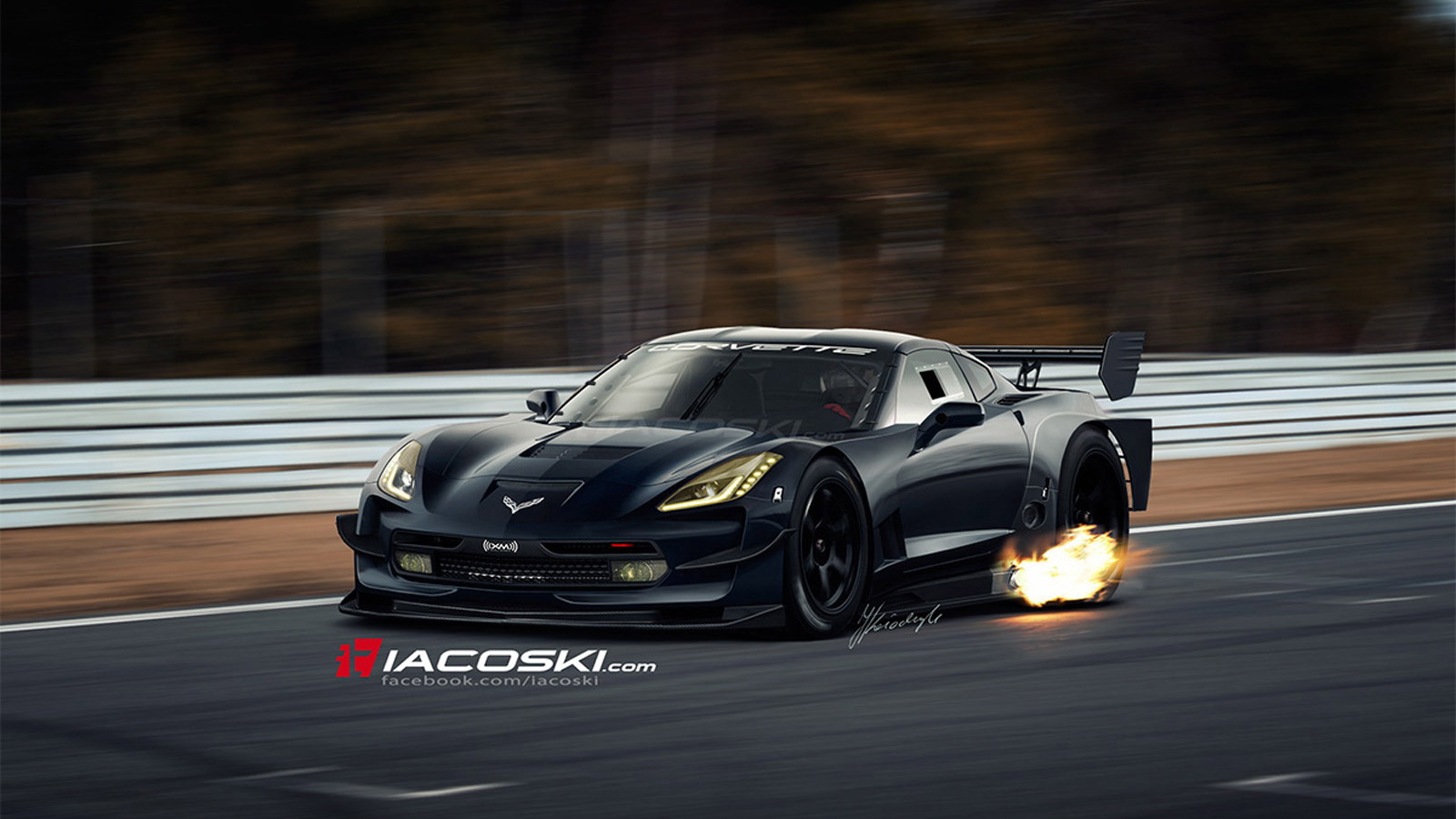 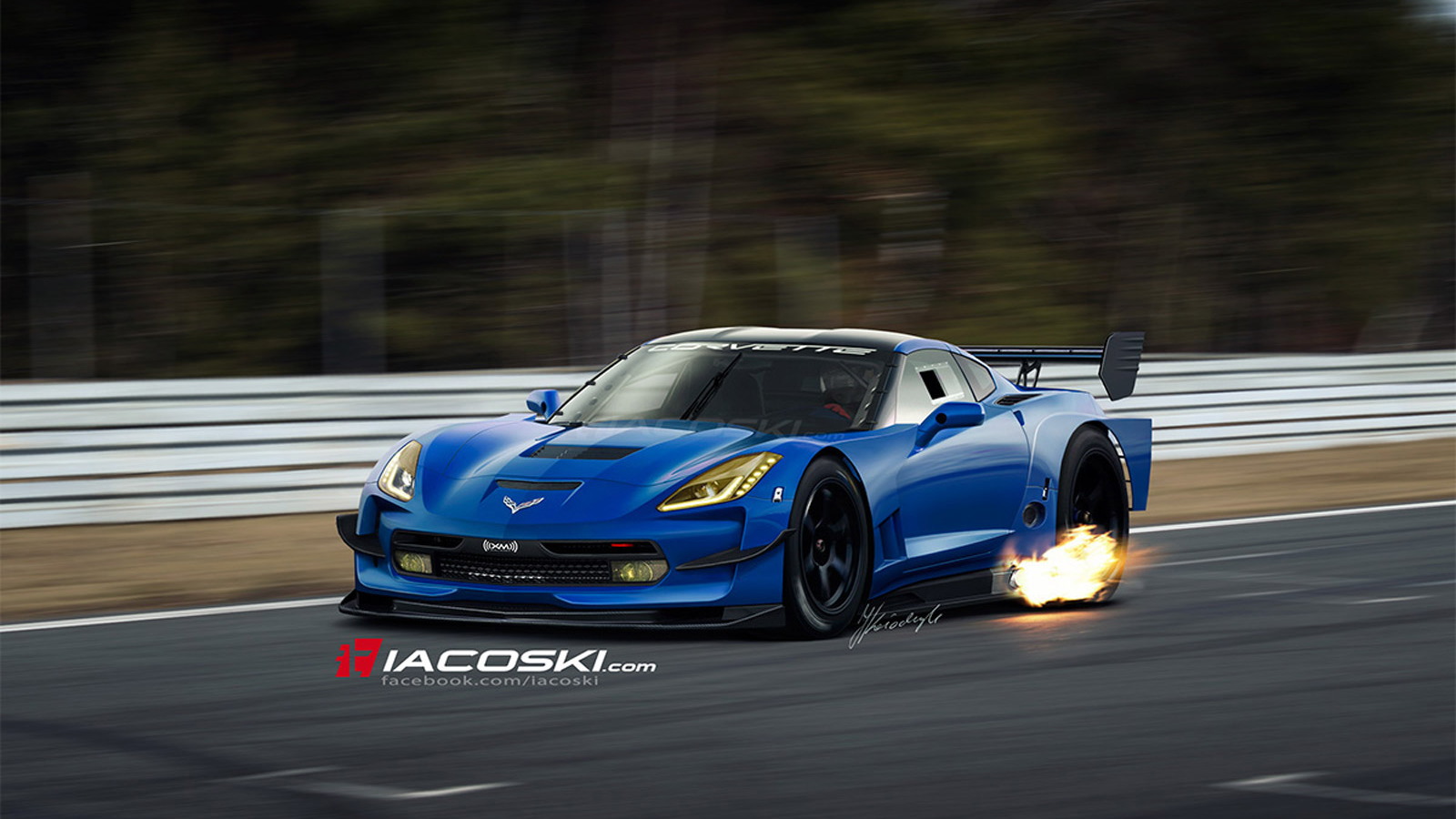 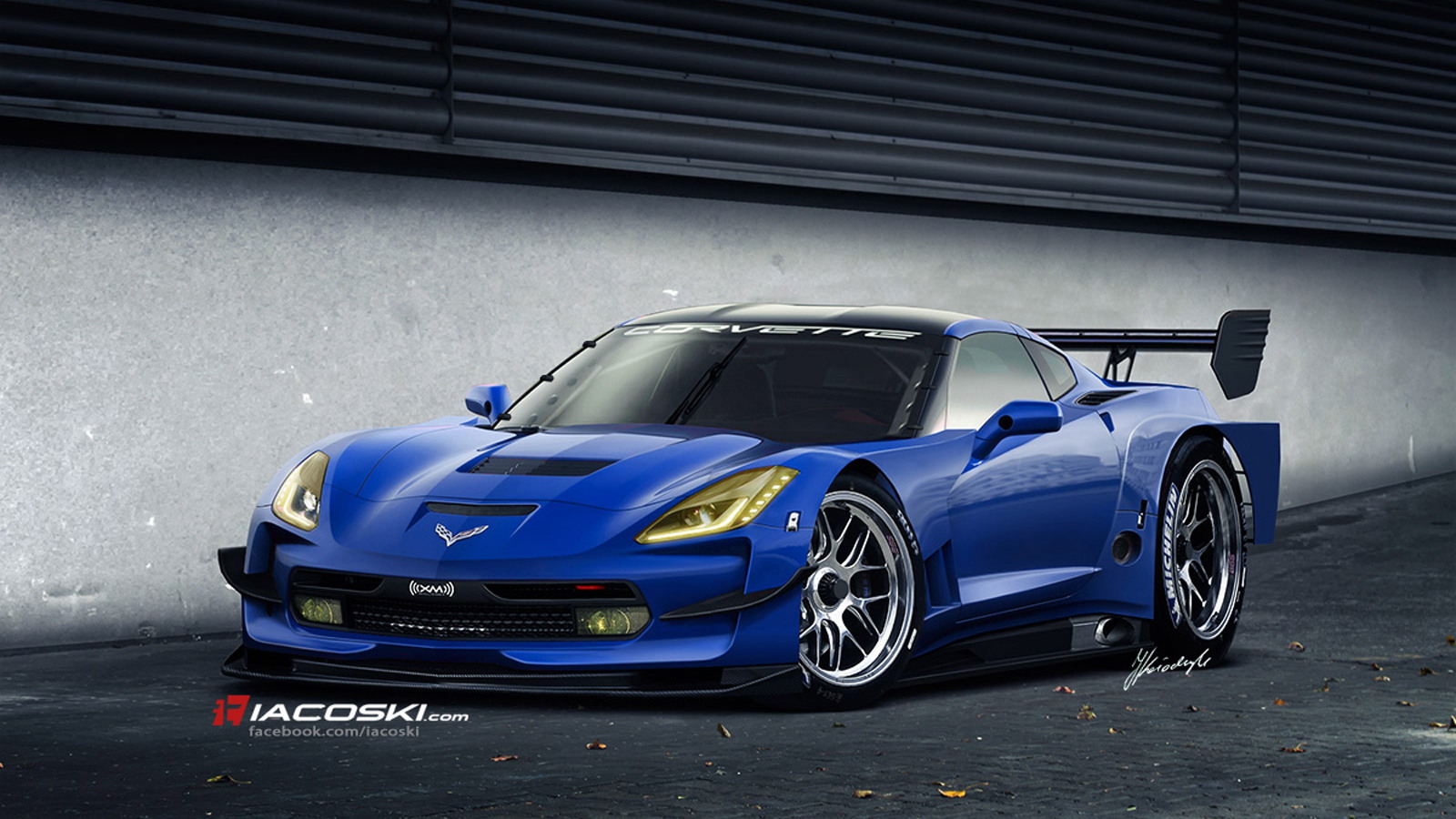 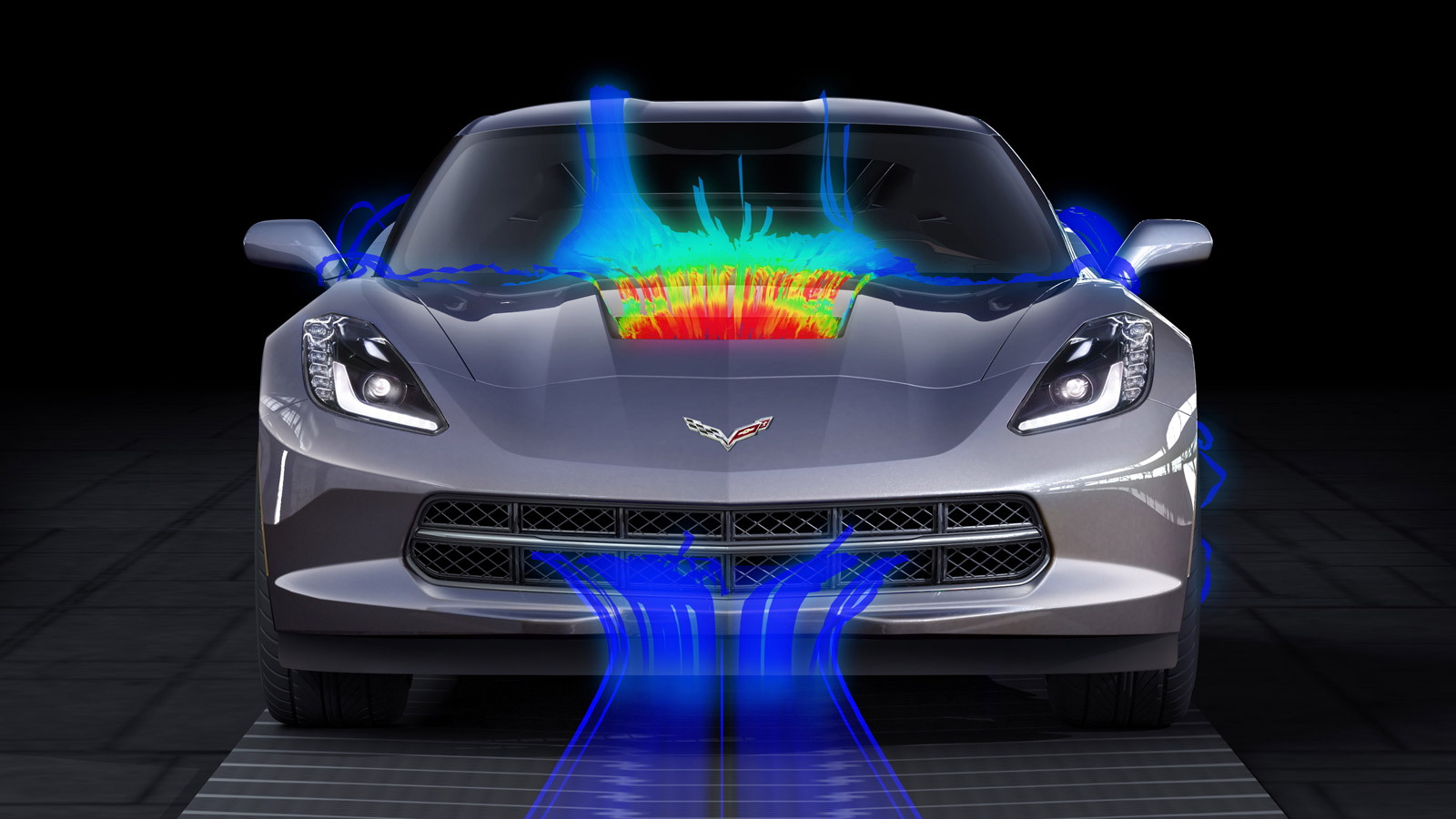 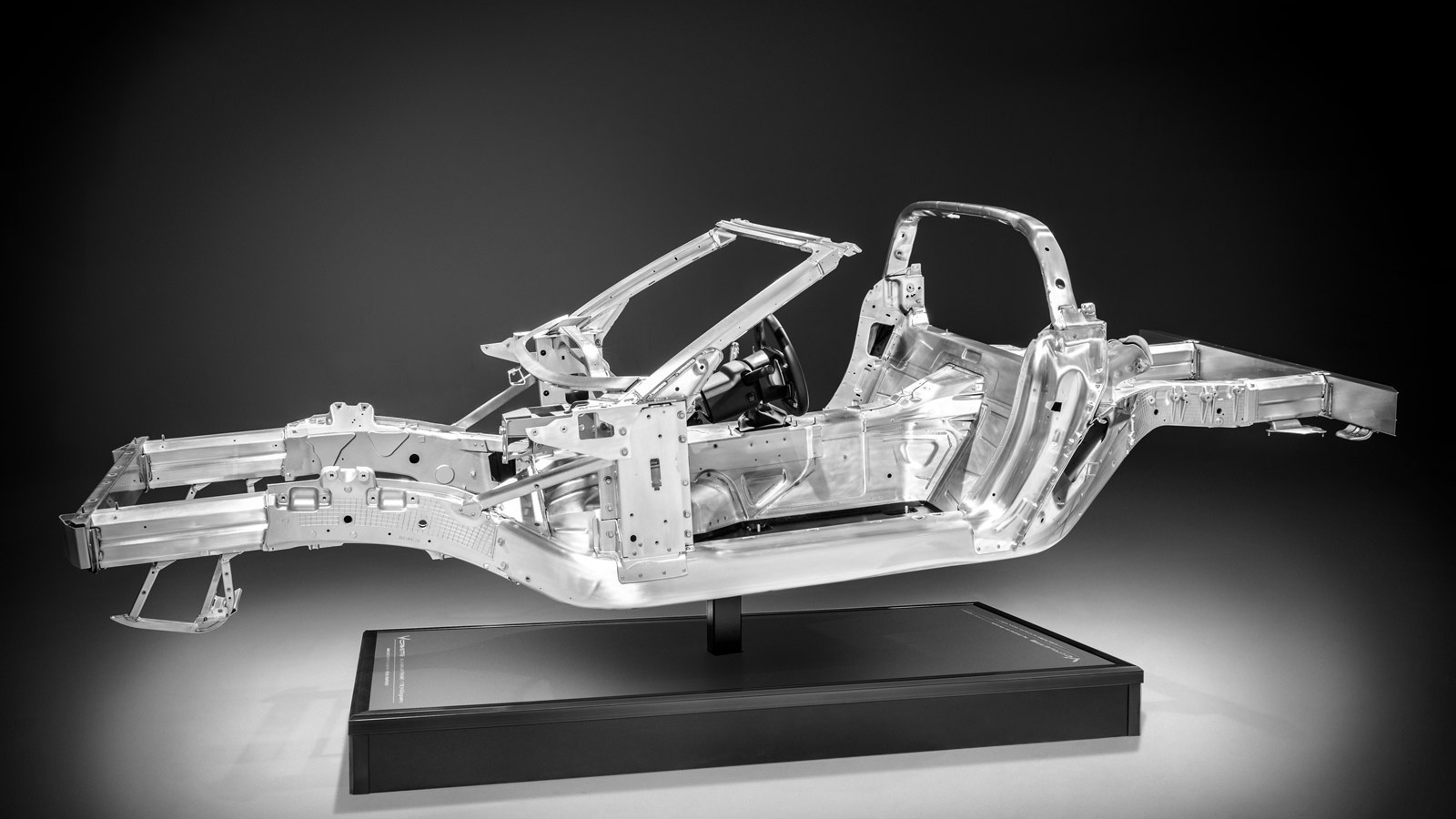 7
photos
The 2014 Chevrolet Corvette Stingray, the seventh generation of one of America's most iconic sports cars, has made its debut, but does that mean a new Corvette race car is just around the corner?

We certainly hope so, and to give you an idea of just how awesome that race car could be, take a gander at these computer-generated renderings of a possible C7.R from Corvette Racing and engineering firm Pratt & Miller.

Penned by Iacoski Design (Facebook: Iacoski), the renderings depict a possible design path for the new C7.R race car, which is currently in development and tipped to be revealed later this year ahead of the 2014 motorsport season. The current C6.R will continue racing for the remainder of 2013.

Much of the design of the new Corvette Stingray, particularly its aerodynamics, was developed using knowledge gained from racing the C6.R. This includes items like the tilted radiator, the carbon fiber roof, the vented hood and new intakes on the rear fenders.

This transfer of technology will continue with future versions of the Corvette, including the highly anticipated successors to the Z06 and ZR1, but for now all we can do is make an educated guess at what that transfer will entail.

We particularly like the wide-body kit that clearly draws its inspiration from 2009’s Corvette Stingray concept. The extra air intakes and canards, built from carbon fiber, are all possible items for the new C7.R and the production ‘Vettes derived from it.

One of the possible engines is likely to be an updated version of the 5.5-liter V-8 from the current C6.R, which once again will be matched to a paddle-shifted gearbox. This engine is derived from the original award-winning 7.0-liter LS7.R racing V-8.

The new car’s platform should also be all-aluminum, just like the road car and the latest evolution of the C6.R.

While there is much to learn still about the upcoming C7.R race car, one thing is certain: the latest Corvette will be making appearances at many more global events than its predecessors, so this means we’re likely to see its racing sibling a lot more in the international motorsport circuit.

While you wait for its arrival, click here for full details on the regular Corvette Stingray.