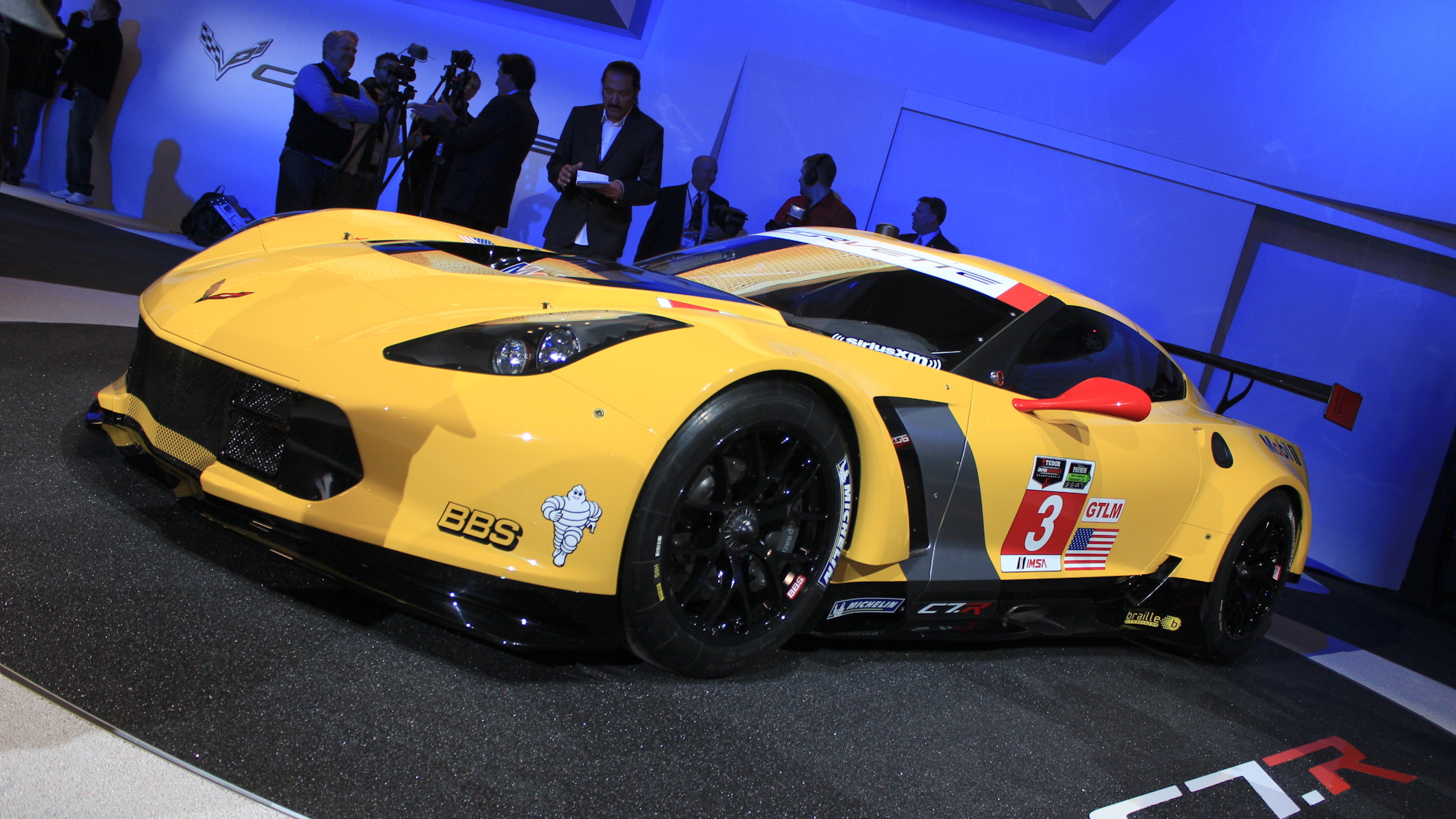 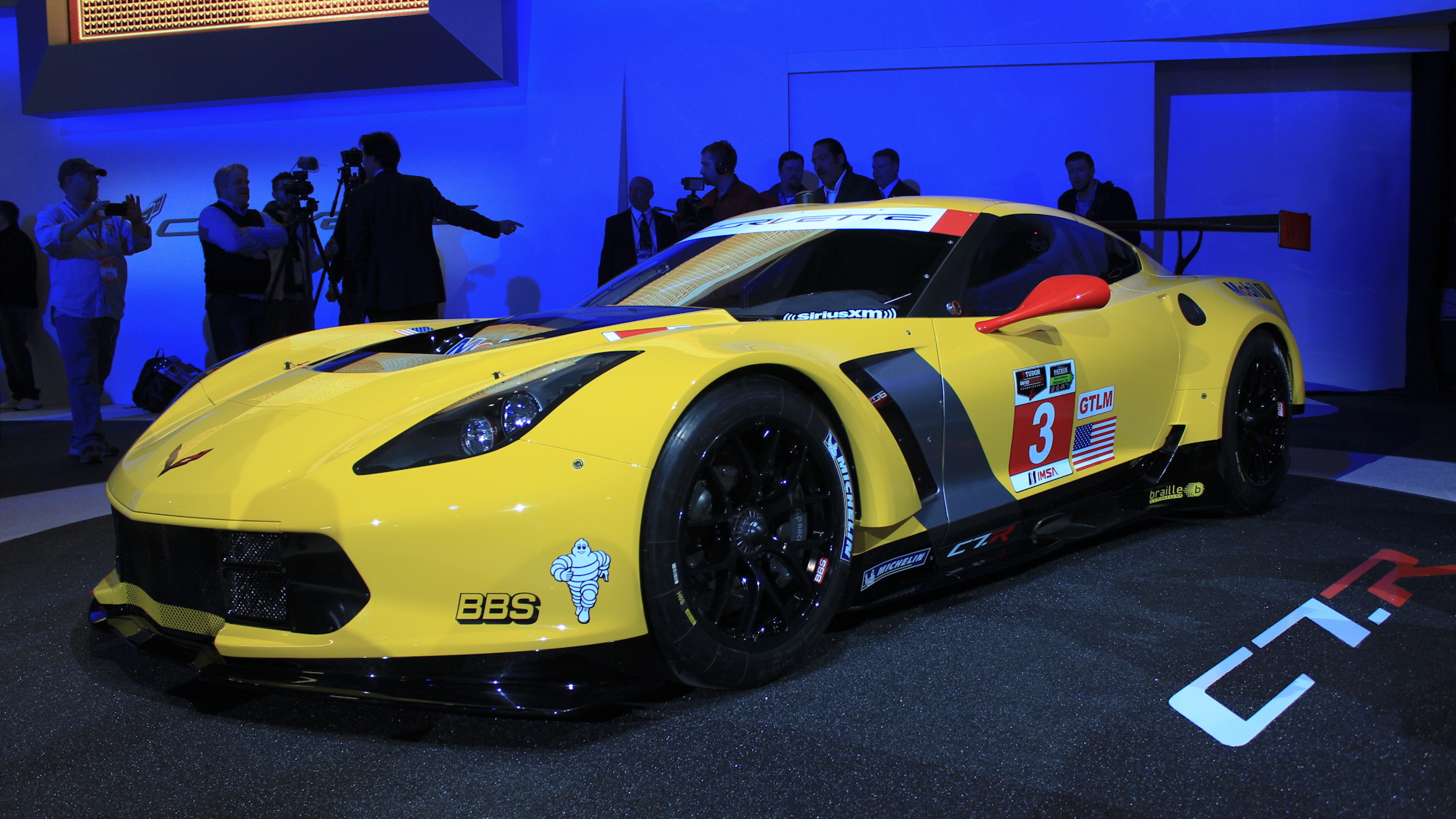 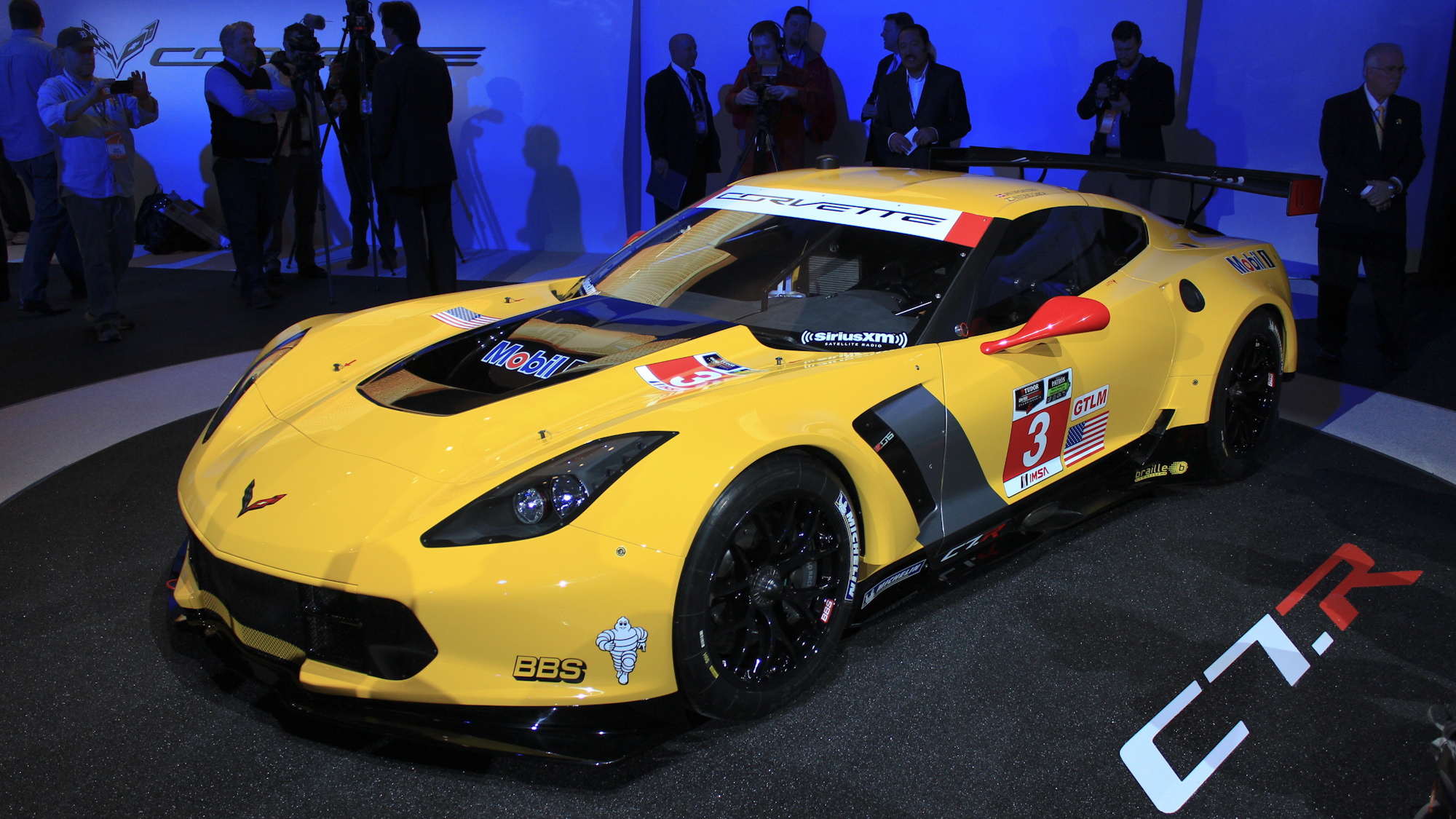 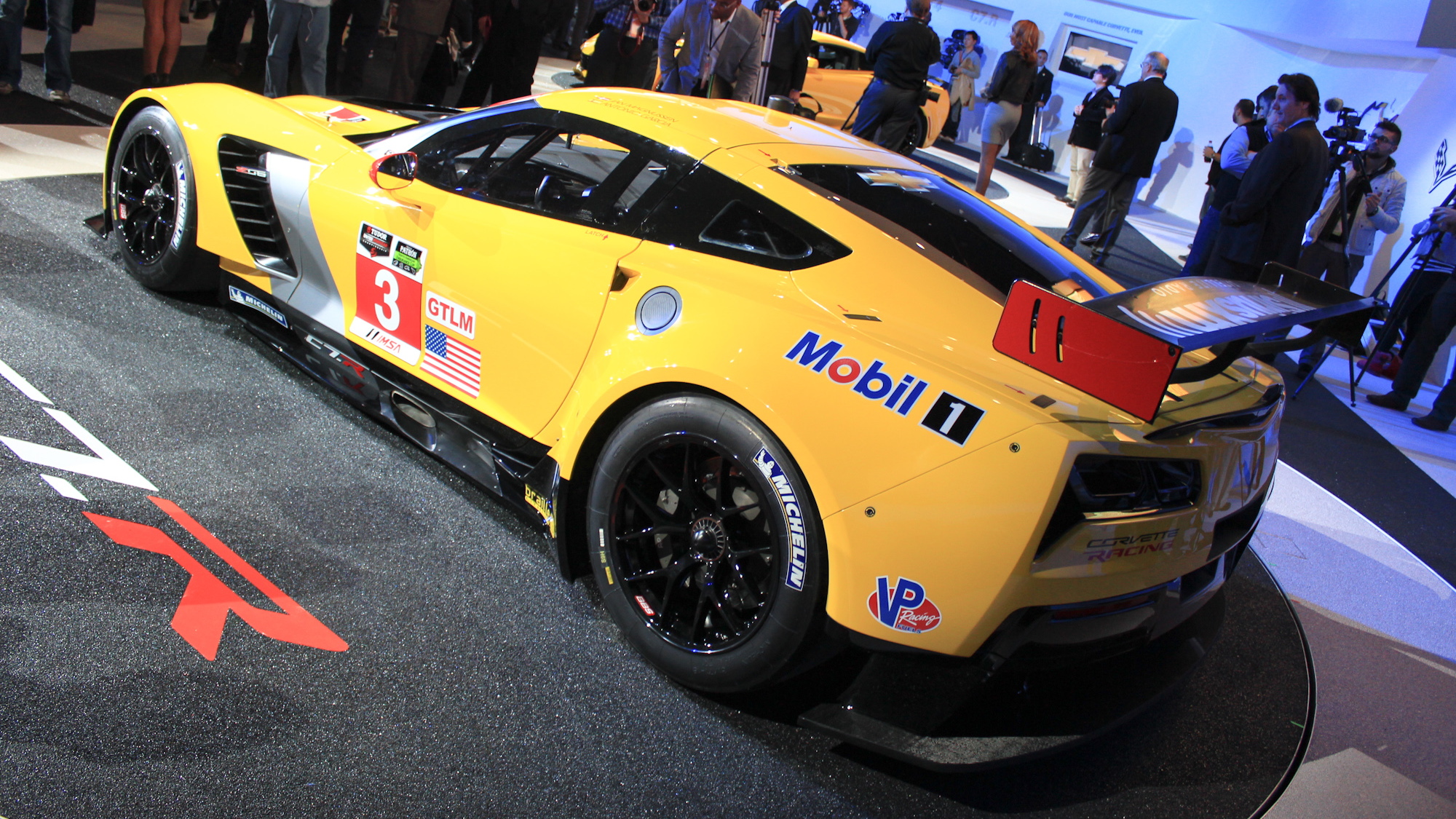 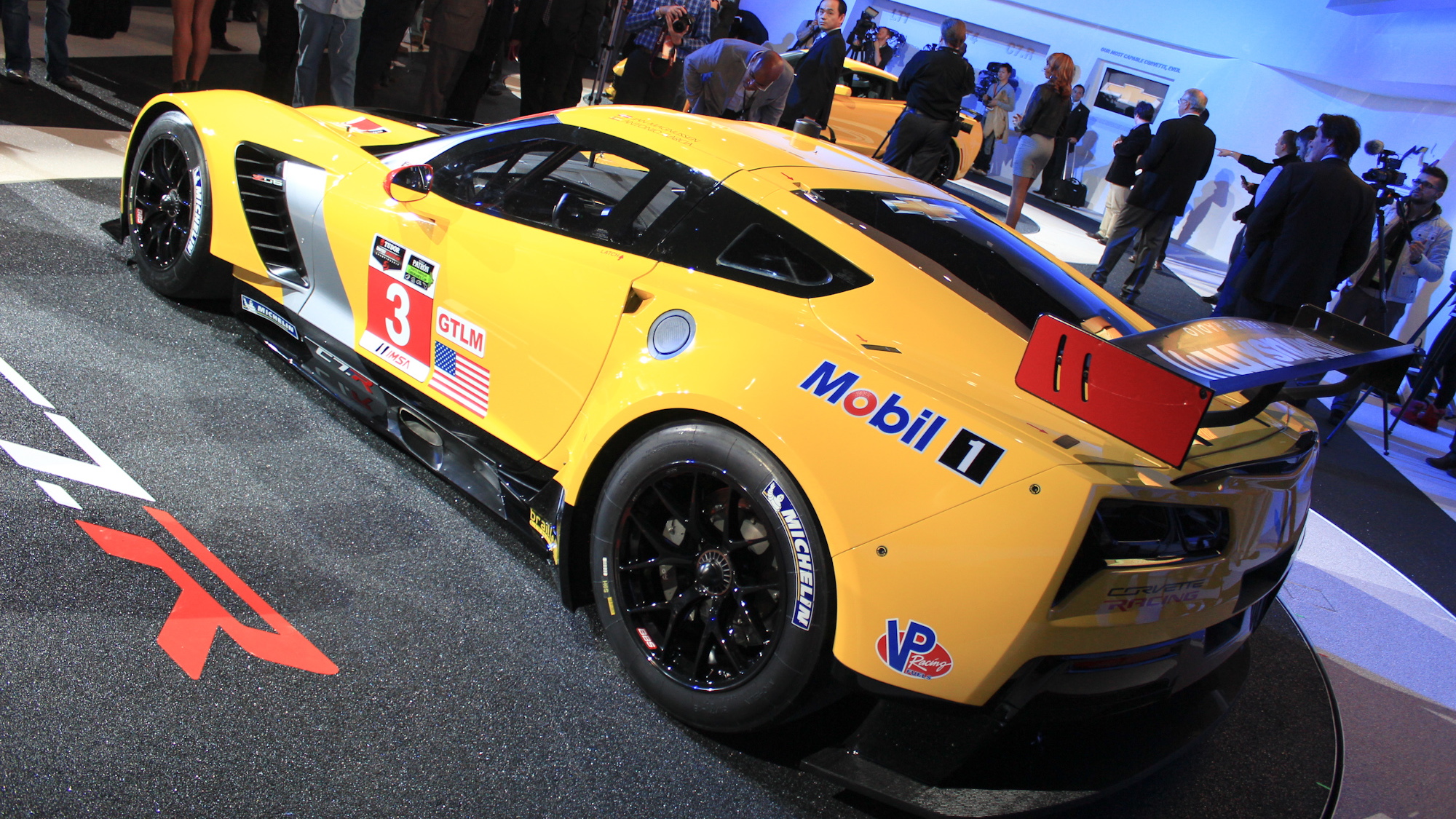 39
photos
The racing version of the seventh-generation Chevrolet Corvette has made its debut at the 2014 Detroit Auto Show, appearing alongside the new 2015 Corvette Z06 with which it shares a remarkable resemblance. This shouldn't come as much of a surprise as the two cars were co-developed and represent the closest connection between the racing and road-going Corvettes in modern times, Chevy boasts.

In Corvette tradition, the new race car has been labeled a C7.R and it is once again being built by Pratt & Miller. It has been designed to compete in various GT race formats including Le Mans and the newly established United SportsCar Racing, and it’s just a couple of weeks away from its competition debut at the United SportsCar Racing season opener, the Rolex 24 at Daytona at the end of this month.

Power in the C7.R comes from a naturally-aspirated 5.5-liter V-8 with direct fuel injection and dry sump lubrication. Chevy is keeping quiet on final power figures, though the C7.R will almost certainly be developing less than the estimated 625 horsepower of the Corvette Z06. Mated to this engine is a six-speed sequential gearbox.

The C7.R features similar suspension to road-going Corvettes. It features double wishbones but with unique control arms and coil-overs. Its brakes are also unique, in this case steel rotors with six-piston calipers at each corner. The front brake discs measure 14.8 inches across while the rear measure in at 14 inches. The wheels are forged 18-inch pieces and are shod in Michelin racing tires.

We also know that the C7.R will wear an updated Jake logo, the unofficial mascot of the Corvette Racing team. The latest version is a bit more stylized and features the seventh-generation Corvette’s updated crossed flag logo. The Jake logo first appeared in the early 2000s, after the C5.R last raced in the 24 Hours of Le Mans. Originally just a sketch on a napkin, the logo was drawn as a skull with crossed flags for the eyes and was named after Jake, the infamous character from The Blues Brothers.