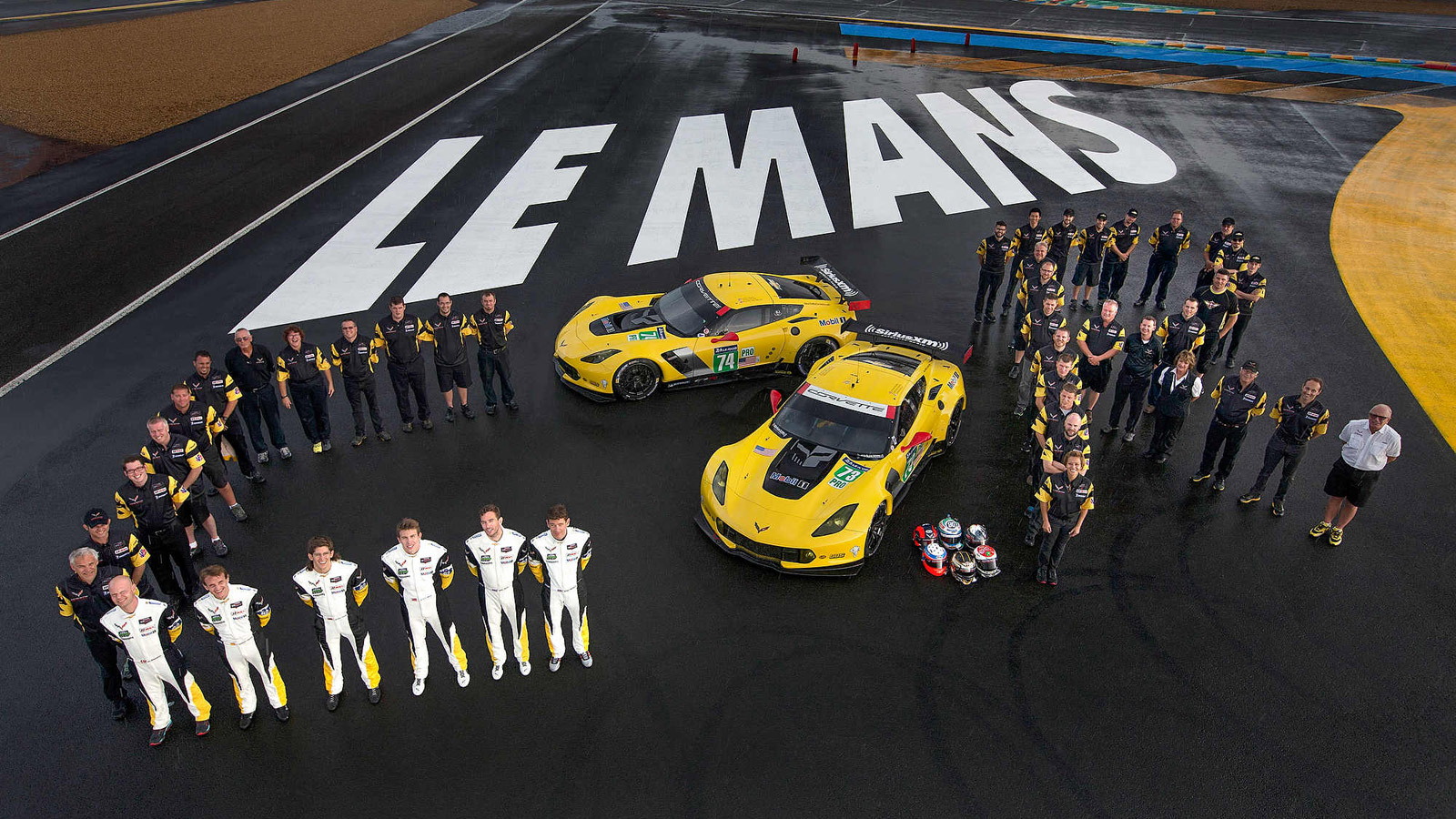 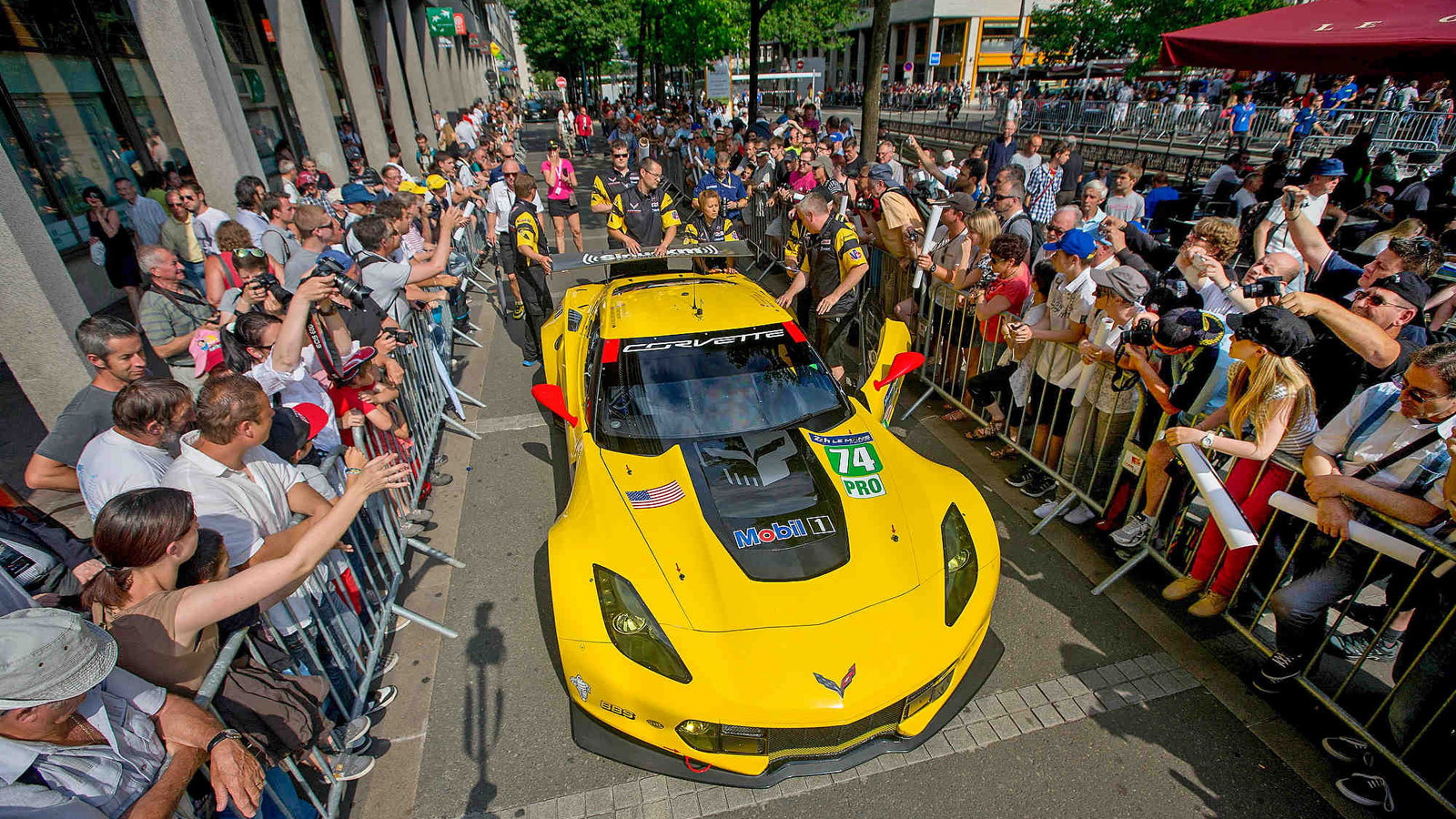 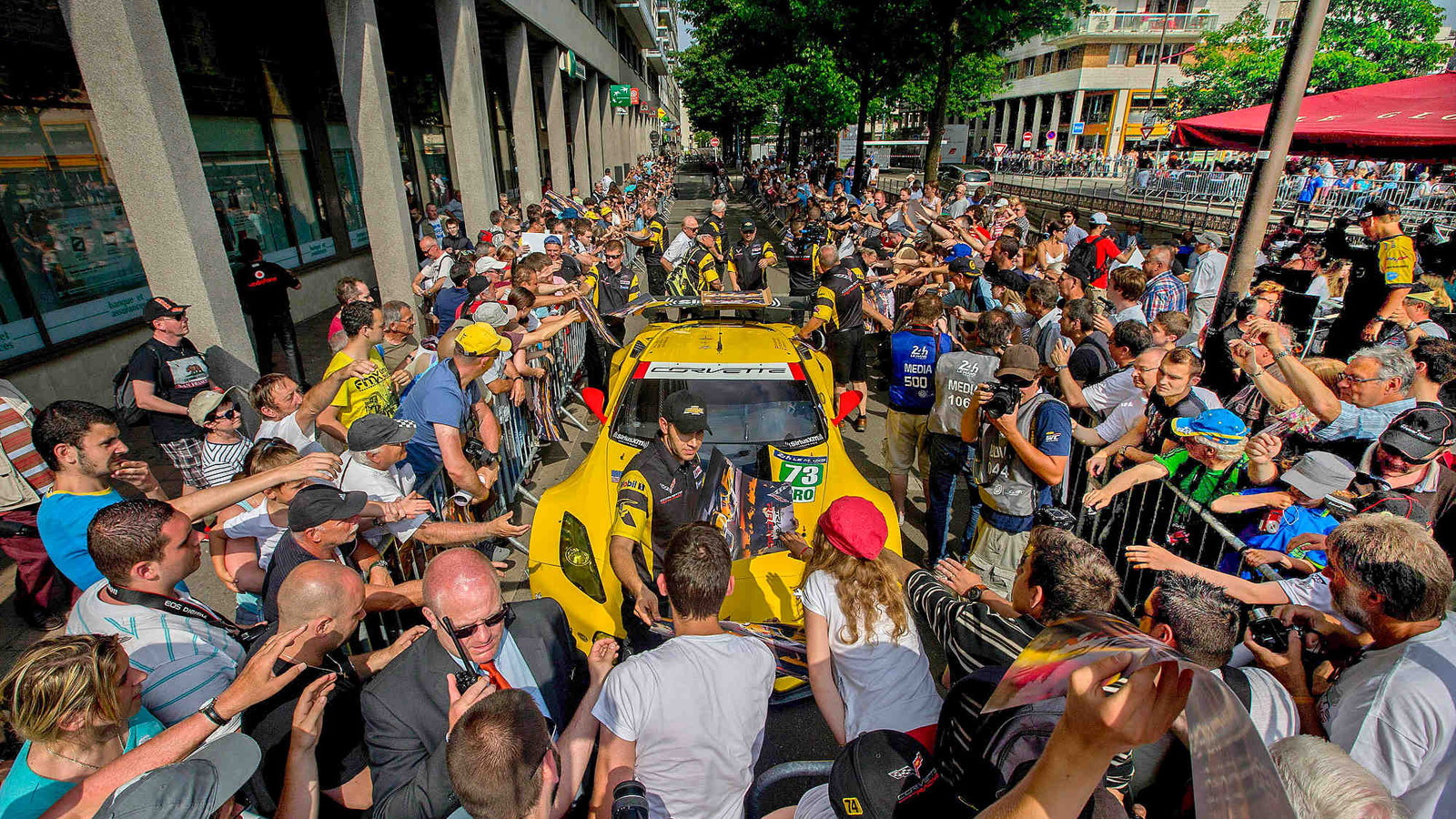 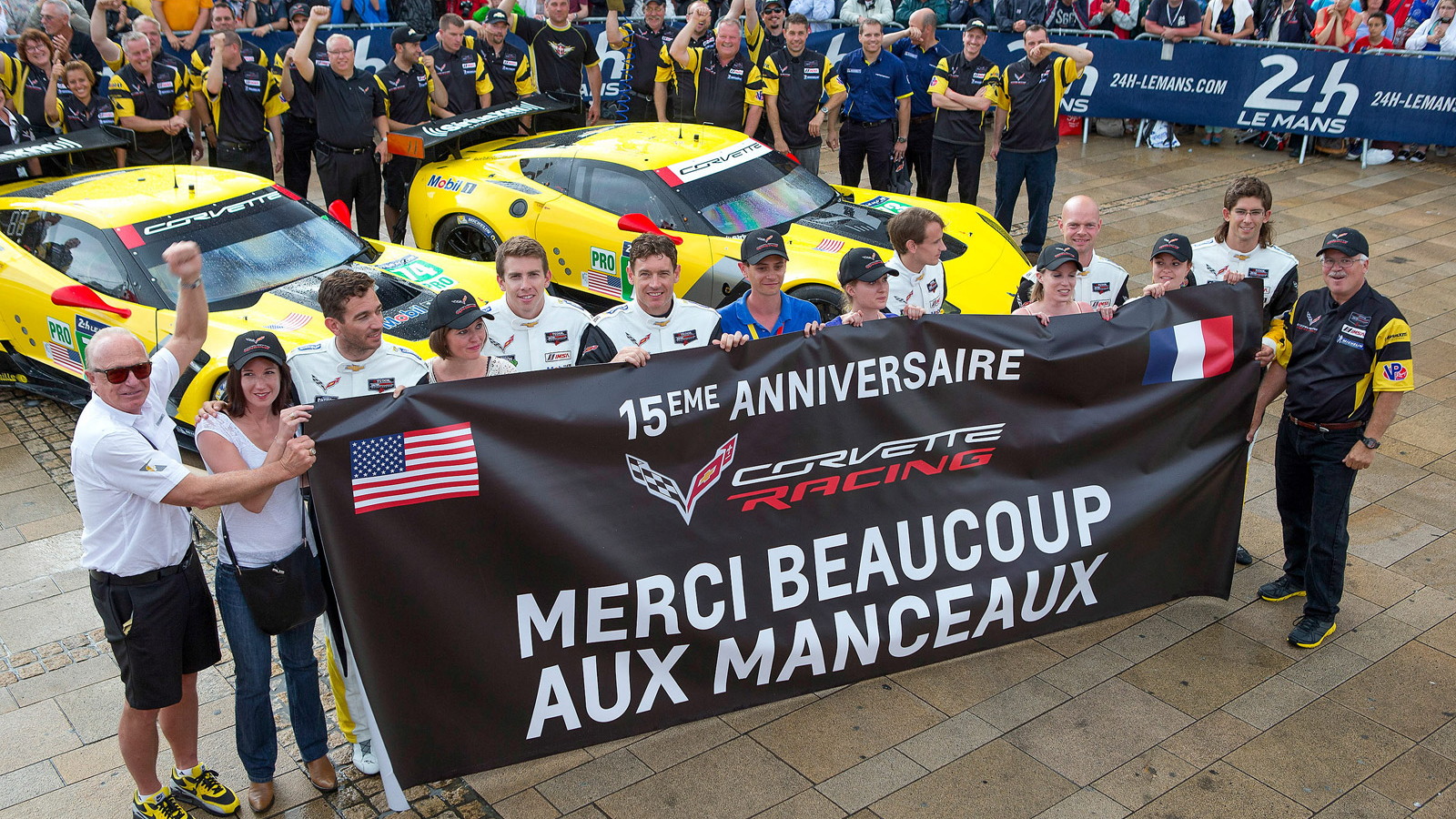 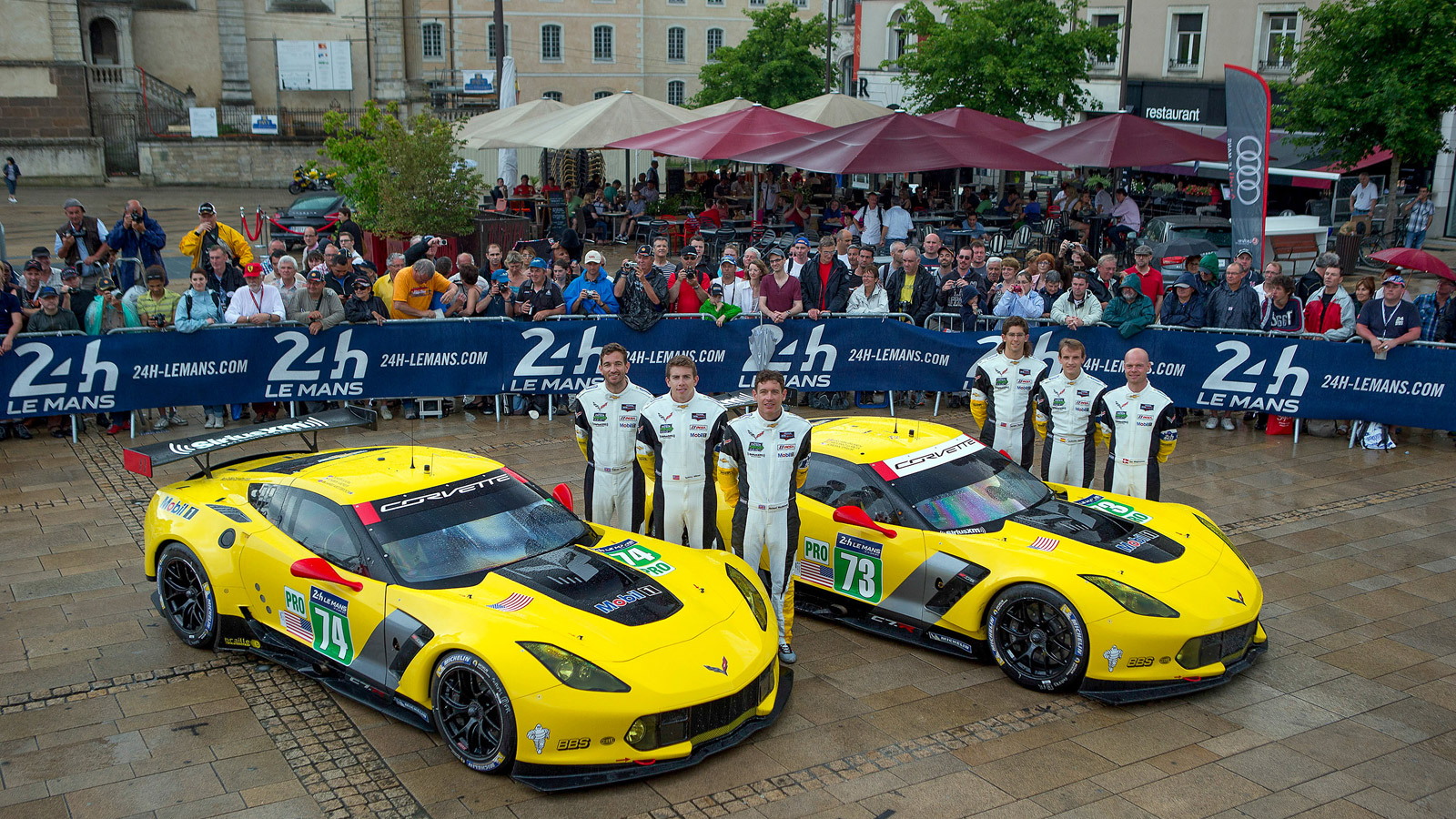 10
photos
With all of the excitement surrounding the premier LMP1 category of the 24 Hours of Le Mans, especially all of its technology, big-name drivers and huge budgets, it’s easy to overlook much of the action happening elsewhere. Another top category worth watching is the competitive world of LMGTE Pro, which features cars much more like the ones you’re likely to see out on the road.

With SRT pulling the Viper out of this year’s Le Mans, the only American contingent competing in the LMGTE Pro category is Corvette Racing, which has brought its new C7.R race car to the Circuit de la Sarthe for the first time. As the photos show, the team received a very warm welcome upon its arrival.

Two cars are being fielded, the #73 driven by Antonio Garcia, Jan Magnussen and Jordan Taylor and the #74 with Oliver Gavin, Tommy Milner and Richard Westbrook taking turns behind the wheel. Power in the 2014-spec C7.R comes from a naturally-aspirated 5.5-liter V-8 with direct fuel injection and dry sump lubrication.

After the initial round of qualifying yesterday, the #73 C7.R was fourth in the LMGTE Pro standings and 28th overall. The only LMGTE Pro cars ahead of the Corvette was the #51 Ferrari 458 Italia of AF Corse, #97 Aston Martin V8 Vantage of Aston Martin Racing, and the #92 Porsche 911 RSR of Porsche Team Manthey.  The #74 C7.R was at the ninth and final spot of the category.

Of course, the first qualifying session was stopped early after accidents, including Loïc Duval’s violent crash in the #1 Audi R18 e-tron quattro, saw only 50 minutes of the originally planned two hours run. The final grid positions for the 82nd running of the 24 Hours of Le Mans will be decided tonight ahead of Saturday’s race. You can stay up to date by visiting our Le Mans dedicated hub.