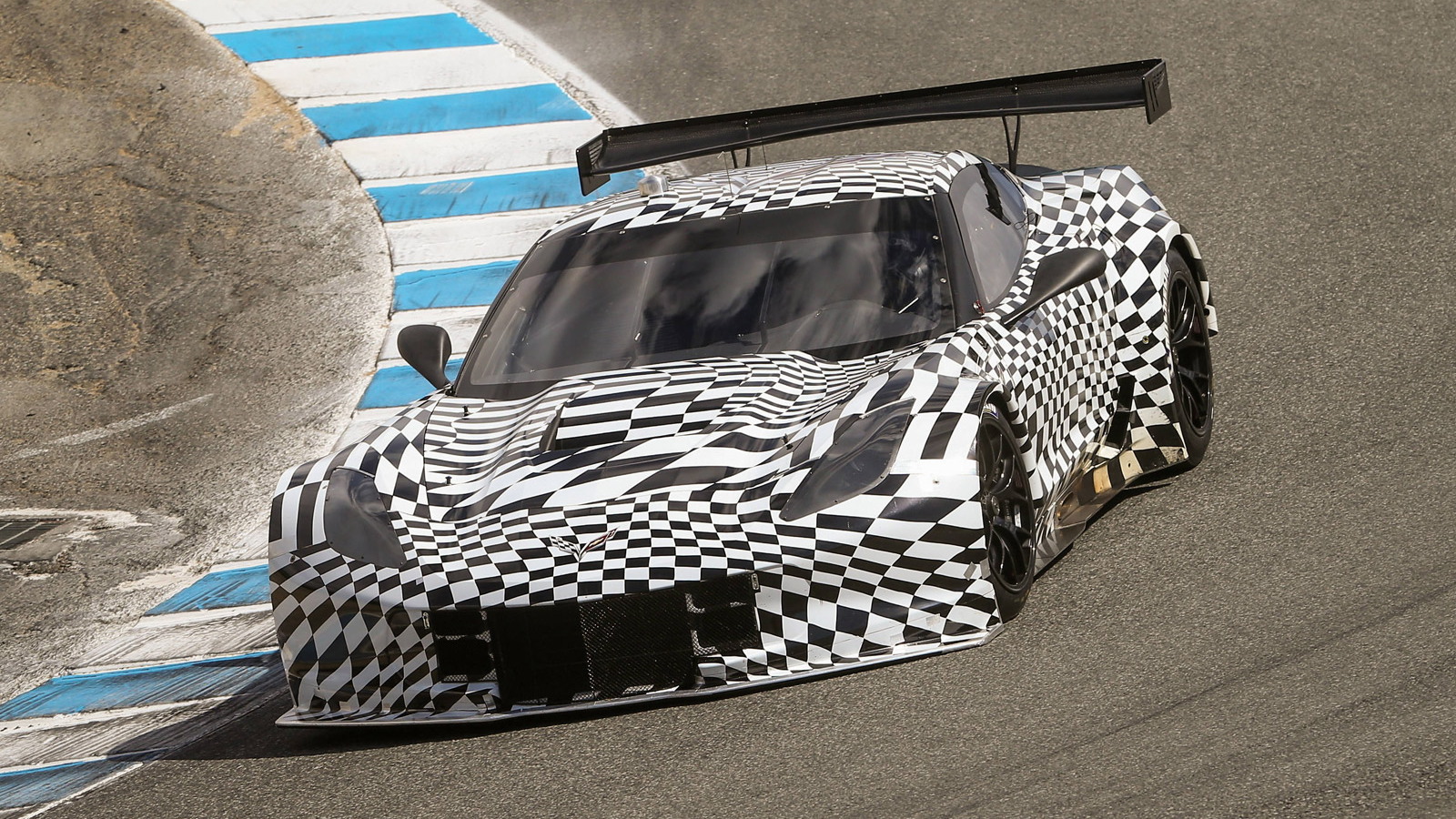 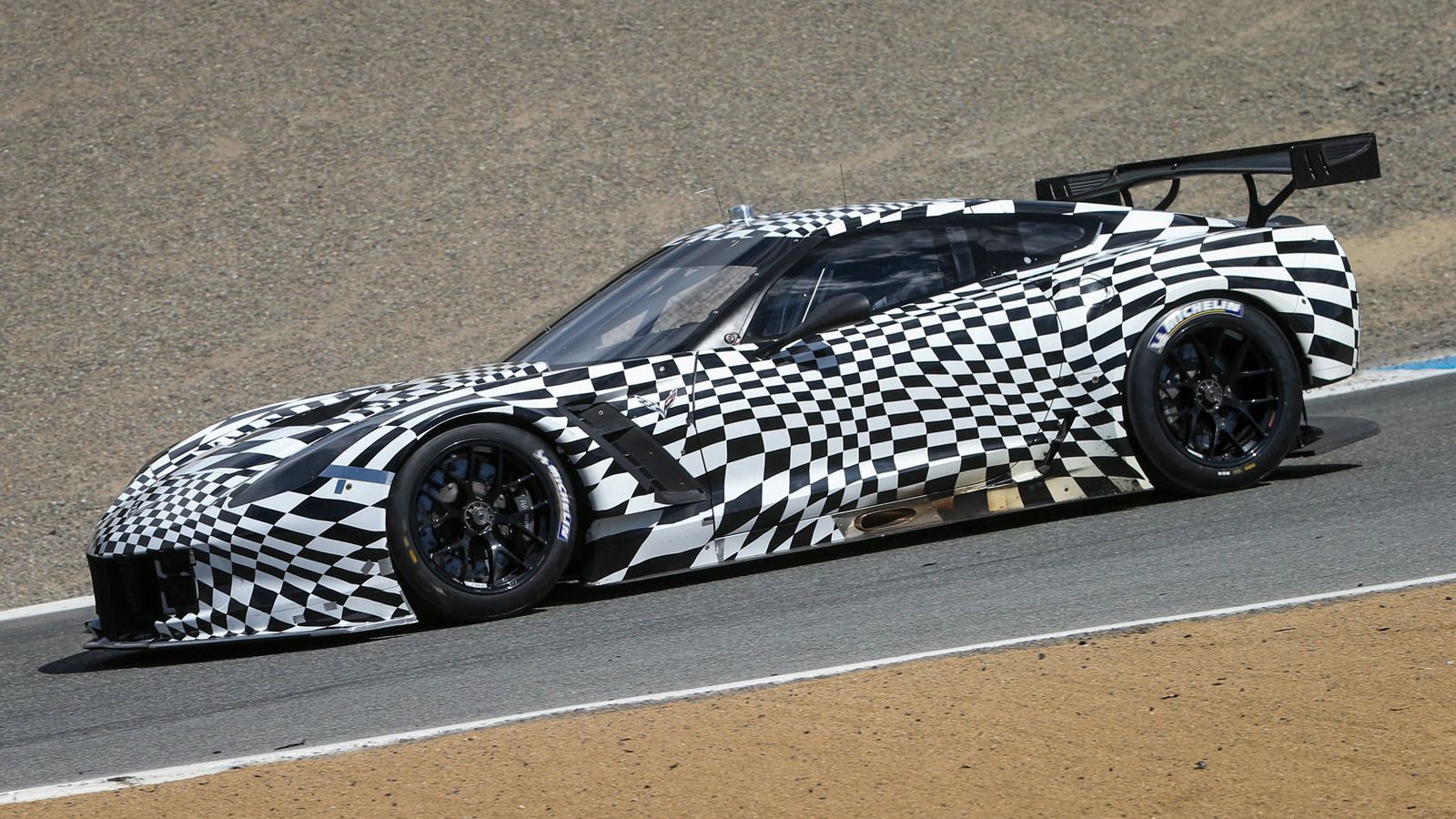 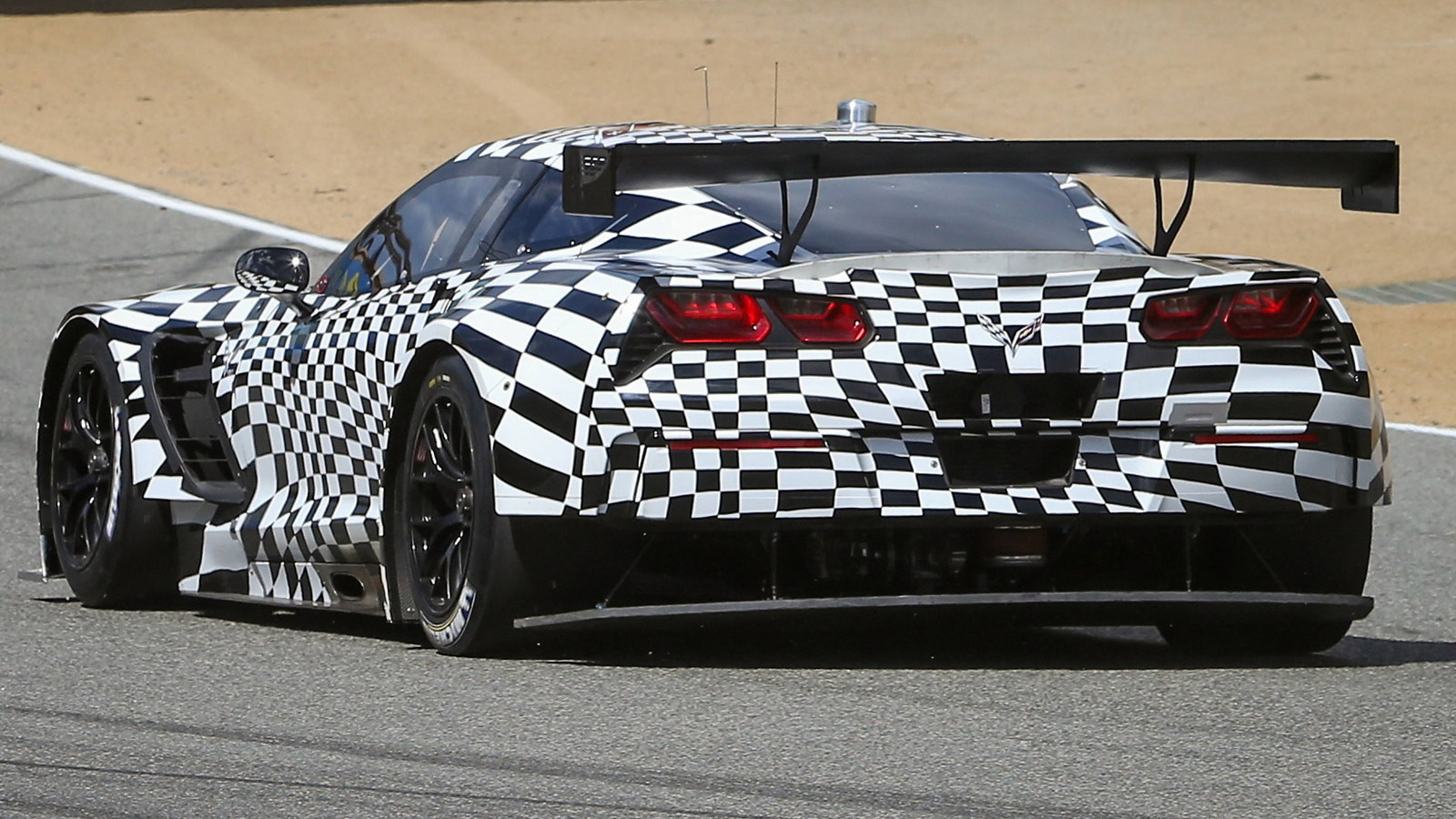 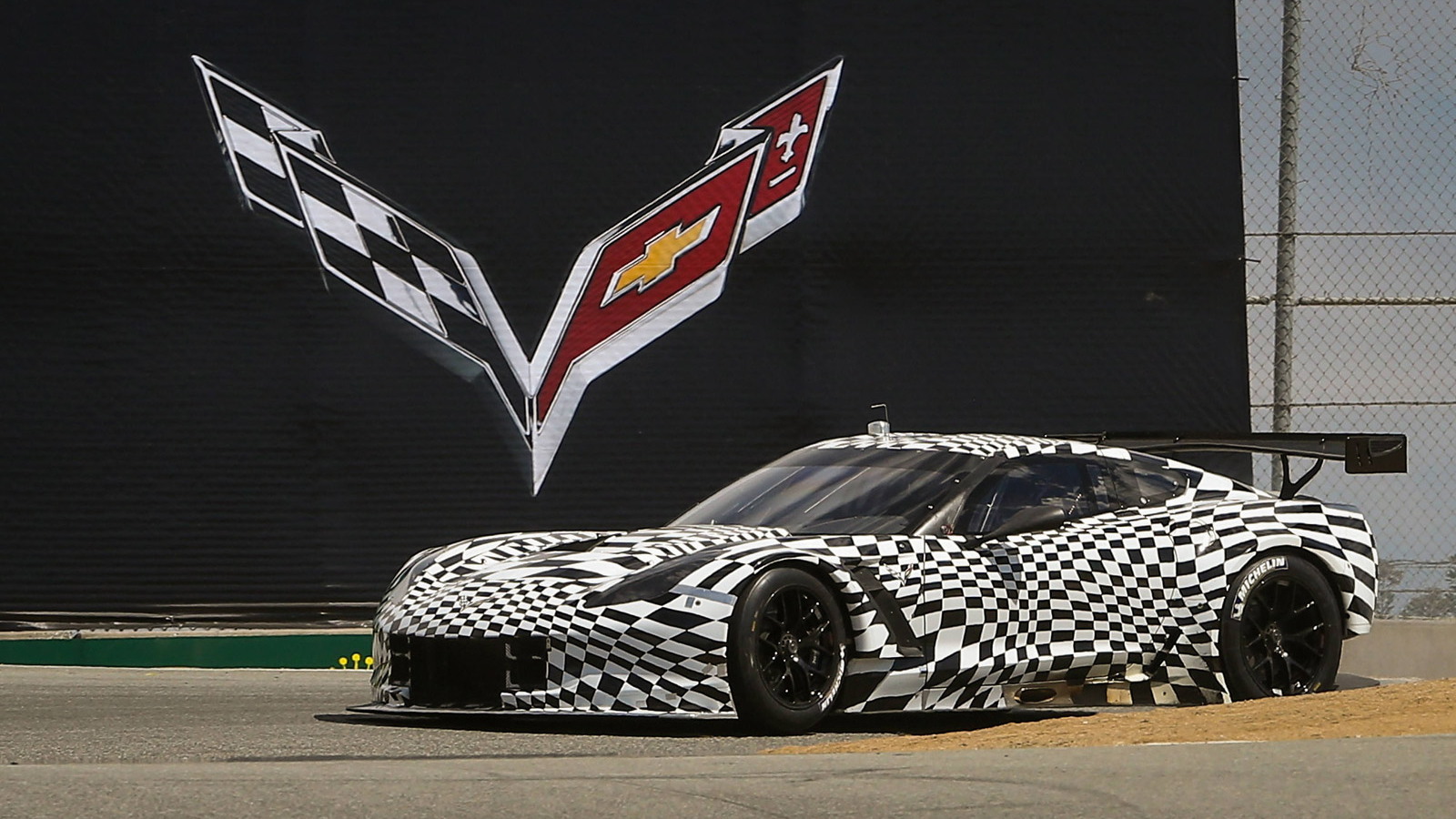 4
photos
Chevrolet’s new C7.R race car based on the 2014 Corvette Stingray made a surprise appearance at the 2013 Pebble Beach Concours d’Elegance this weekend. The race car took to Mazda Raceway Laguna Seca for a few hot laps, with Corvette Racing’s Tommy Milner behind the wheel.

The new race car will once again be built by Pratt & Miller and compete in various GT race formats, including Le Mans and the newly established United SportsCar Racing. It will make its competition debut at the Rolex 24 At Daytona on the weekend commencing January 25, 2014.

The engine choice is most likely to be an updated version of the 5.5-liter V-8 from the current C6.R, which once again will be matched to a paddle-shifted sequential gearbox. The chassis should be all-aluminum, just like the one in the road-going C7 ‘Vette and in the most recent evolution of the C6.R.

Note, a GT3-spec version is also in the works, though that car is being developed by the racing arm of Corvette tuner Callaway.