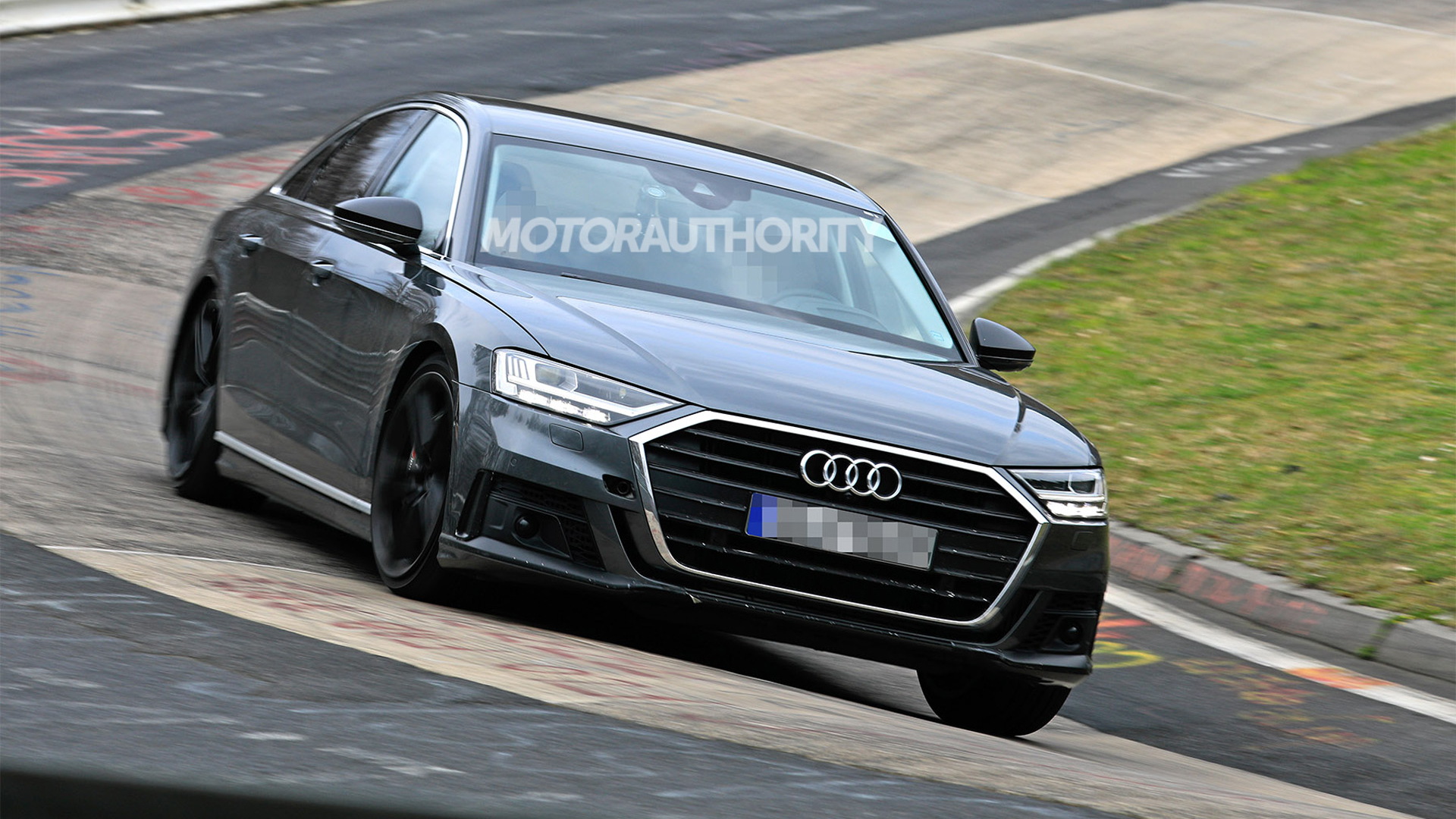 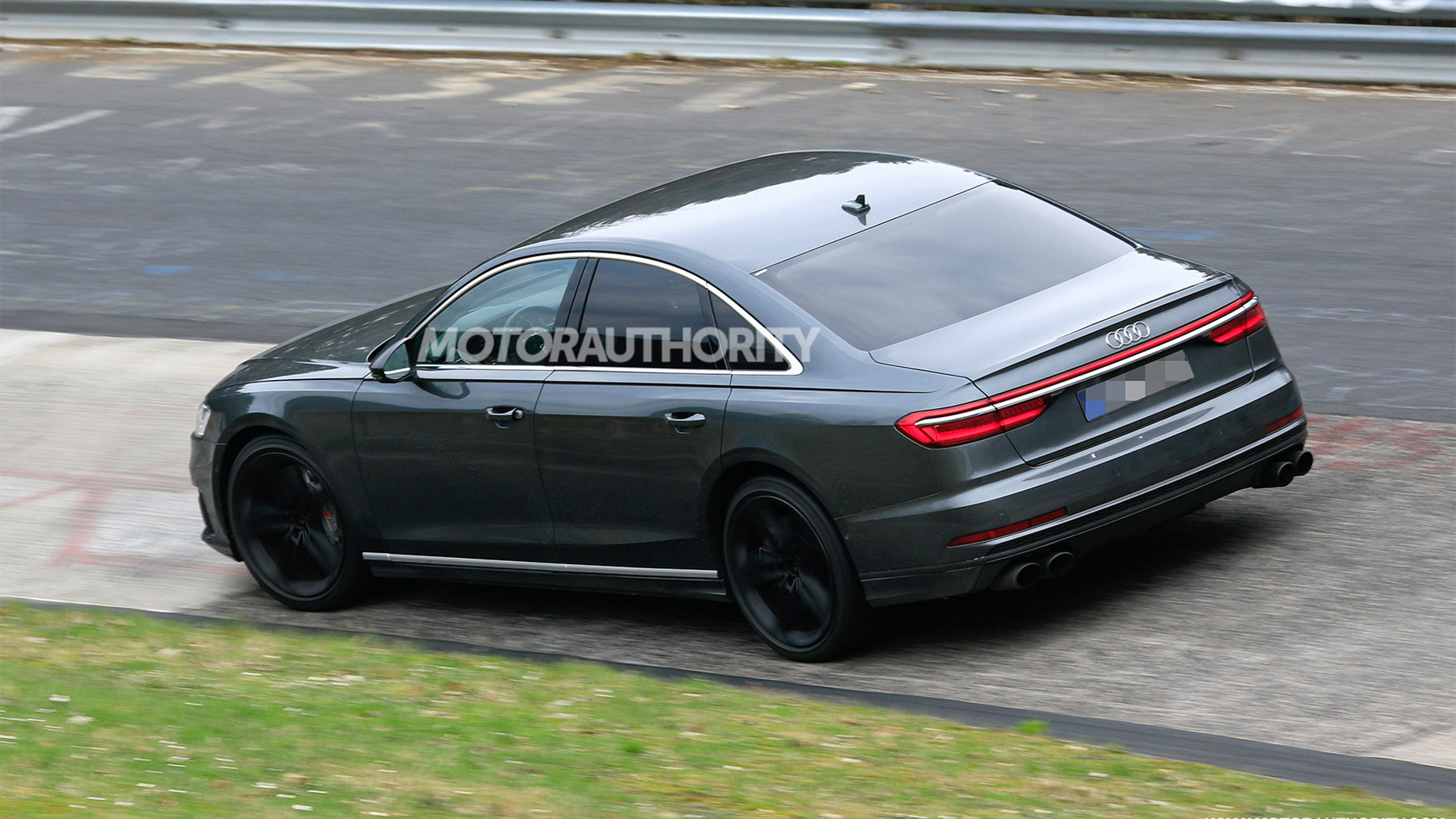 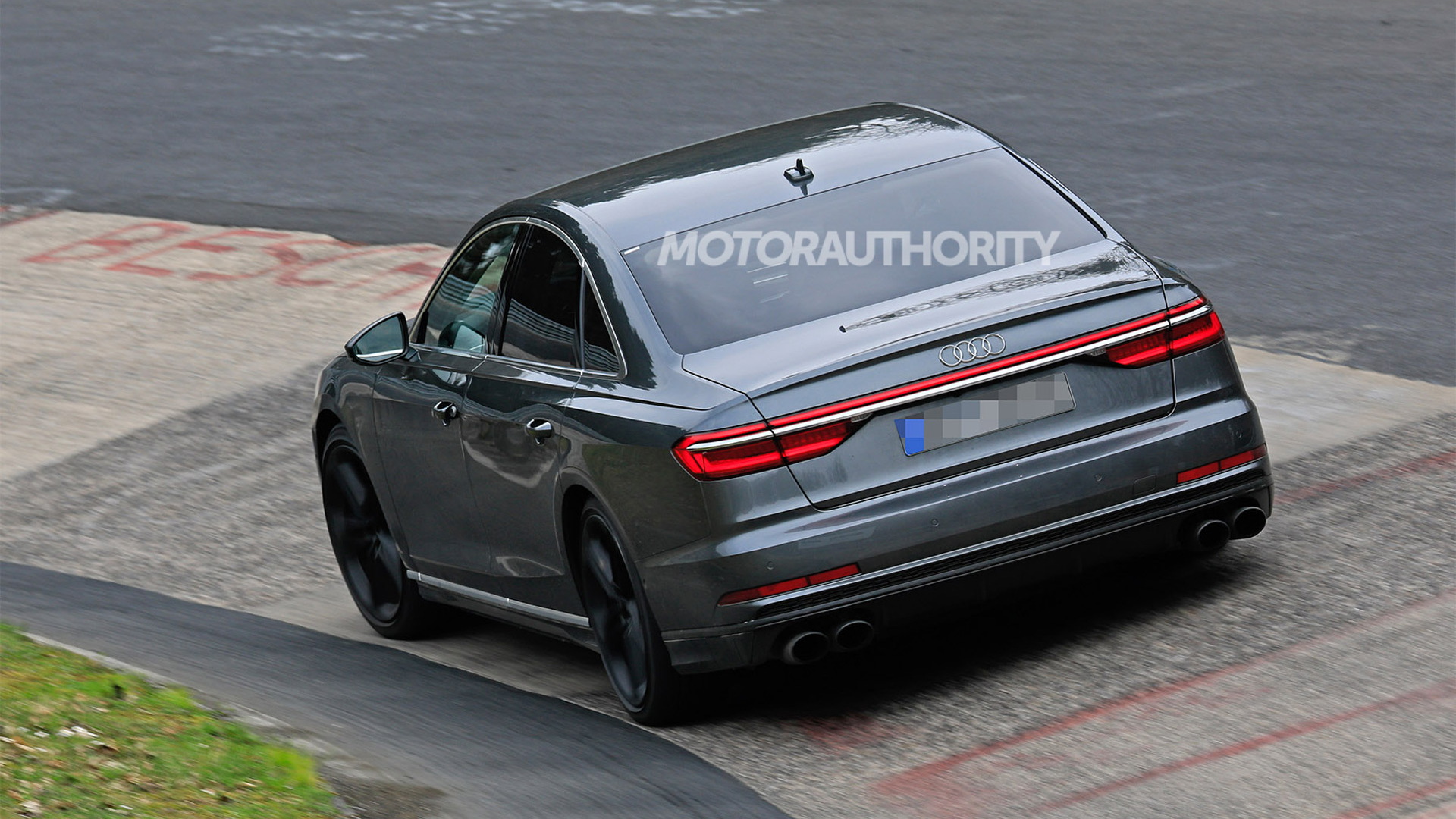 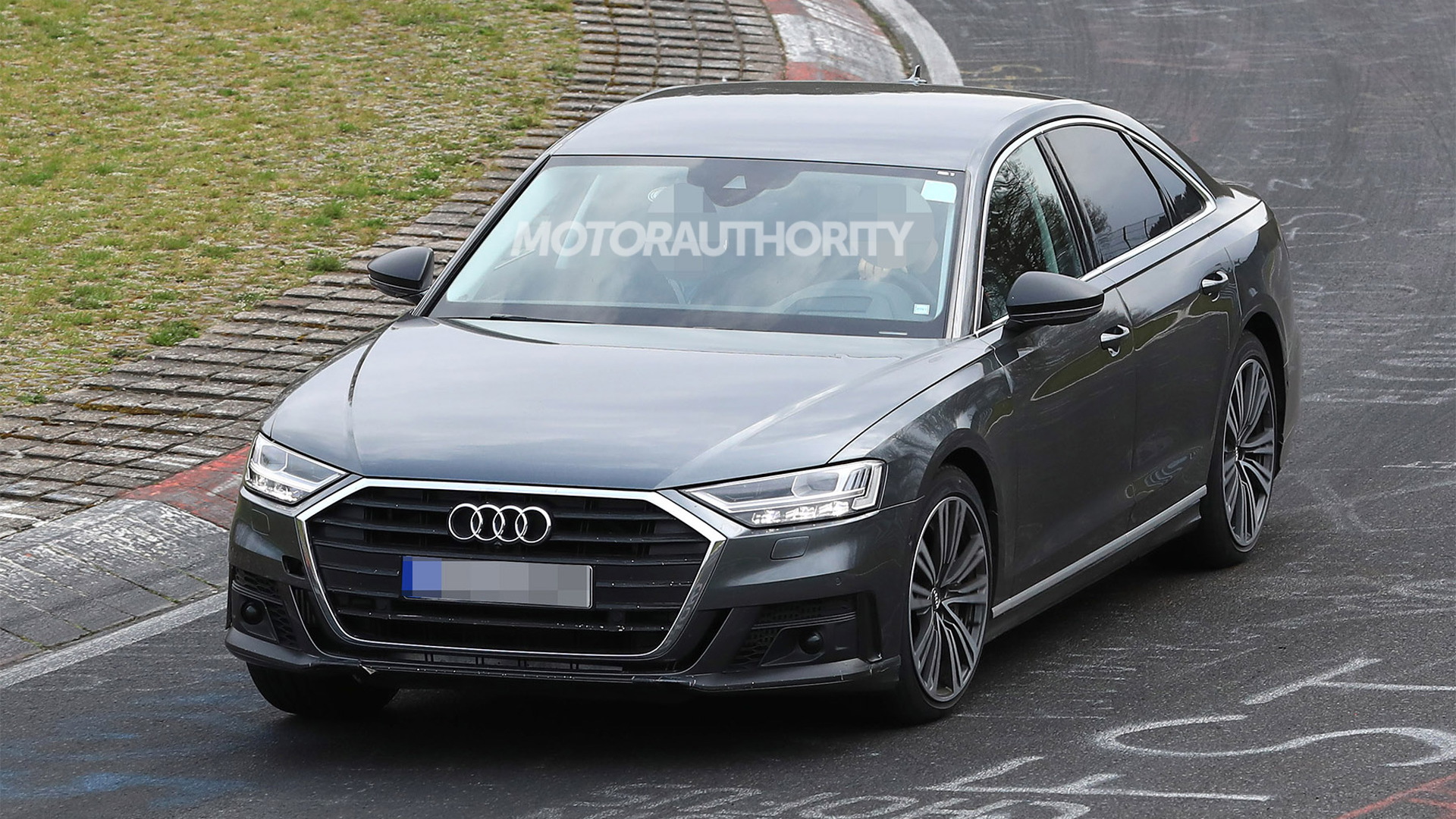 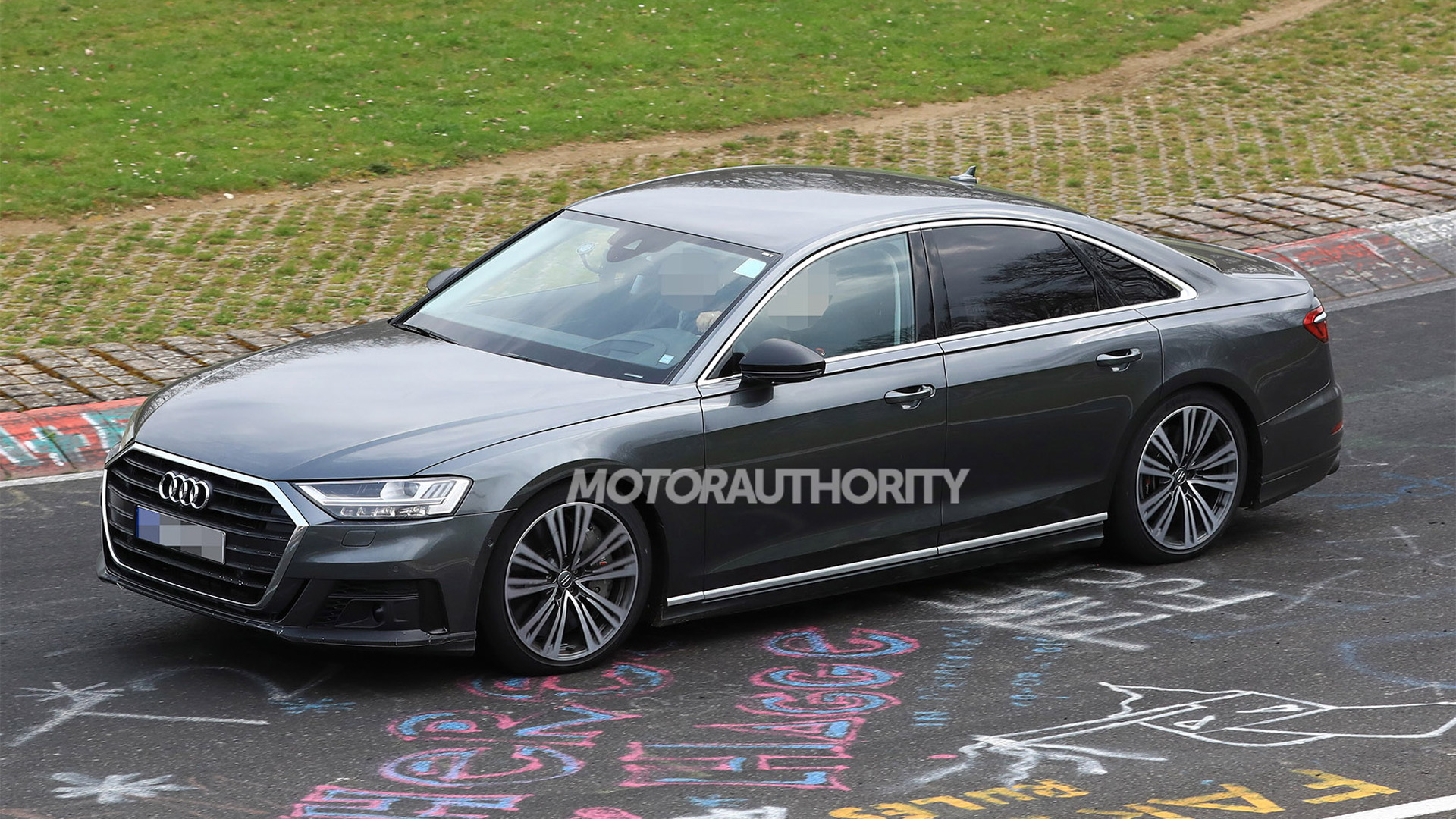 A new generation of the Audi A8 reaches showrooms this fall and eventually there will be a new S8 to go with it.

The S8 is still testing ahead of a likely debut late this year or early next. We should see it in showrooms next year as a 2020 model.

Prototypes are still dressed like the A8 but we can tell this is the sportier S version because of the quad-tip exhaust and uprated brakes. We should see new fascias front and rear on the final design and potentially a revised grille.

The formula will stay pretty much the same as the current model, with a 4.0-liter twin-turbocharged V-8 mounted up front and driving all four wheels via an 8-speed automatic. Output should lie slightly above the 520 horsepower of the outgoing S8.

Eventually there will be a new S8 Plus as well, though the new model might go by the name S8 e-tron instead. We've heard this model will adopt the plug-in hybrid powertrain of the Porsche Panamera Turbo S E-Hybrid, hence the adoption of the e-tron badge. Expect the powertrain to deliver slightly more than the 605 hp of the outgoing S8 Plus.

The new A8, the fourth generation of the Audi flagship sedan, is designed around the Volkswagen Group’s latest’s MLB platform. Features of the platform that will benefit the S8 are weight savings and advanced electronic driver aids. Unfortunately, Audi has confirmed that the new A8's Level 3 self-driving system, which frees up your eyes and hands in certain situations, won't be available in the United States because of the patchwork of rules on self-driving cars across the various states.