Audi on Tuesday unveiled its all-new, fourth-generation A8. Noticeably missing, however, was the flagship sedan's sporty S8 variant.

It turns out Audi will launch the new S8 as well as its more potent S8 Plus variant in early 2018. Prototypes have been spotted but so far reveal few cues.

The regular S8 is expected to continue with a 4.0-liter twin-turbocharged V-8. The engine will be borrowed from the Porsche Panamera Turbo and should deliver around 530 horsepower. In comparison, the current S8 produces 520 hp from its own twin-turbo V-8.

Of more interest to performance fans and tech buffs alike will be the S8 Plus. EVO reports that the new S8 Plus will adopt the plug-in hybrid powertrain of the Porsche Panamera Turbo S E-Hybrid. 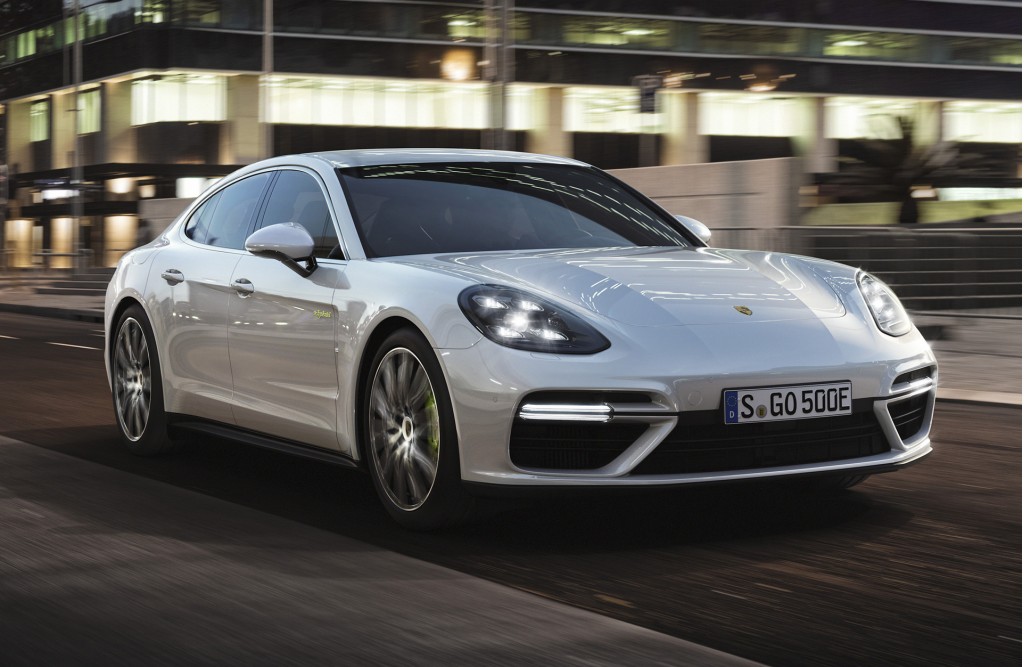 This powertrain pairs the Panamera Turbo’s twin-turbo V-8 with an electric motor integrated with the transmission. In the Porsche the powertrain is good for 680 hp, but in the Audi it should be tuned to deliver a tamer 630 hp. The current S8 Plus produces 605 hp from a twin-turbo V-8.

The S8 Plus won’t be the only plug-in version of the new A8. An A8 e-tron has already been announced. It pairs a 3.0-liter turbocharged V-6 with an electric motor integrated with the transmission. The setup is good for 449 horsepower and an electric-only range of approximately 30 miles.

Fans looking for a pure electric A8 to take on the Tesla Model S and potential newcomers such as the Lucid Air and Fisker EMotion will be disappointed, however. Audi isn’t expected to have an electric A8 on sale until at least the next generation of the flagship sedan.