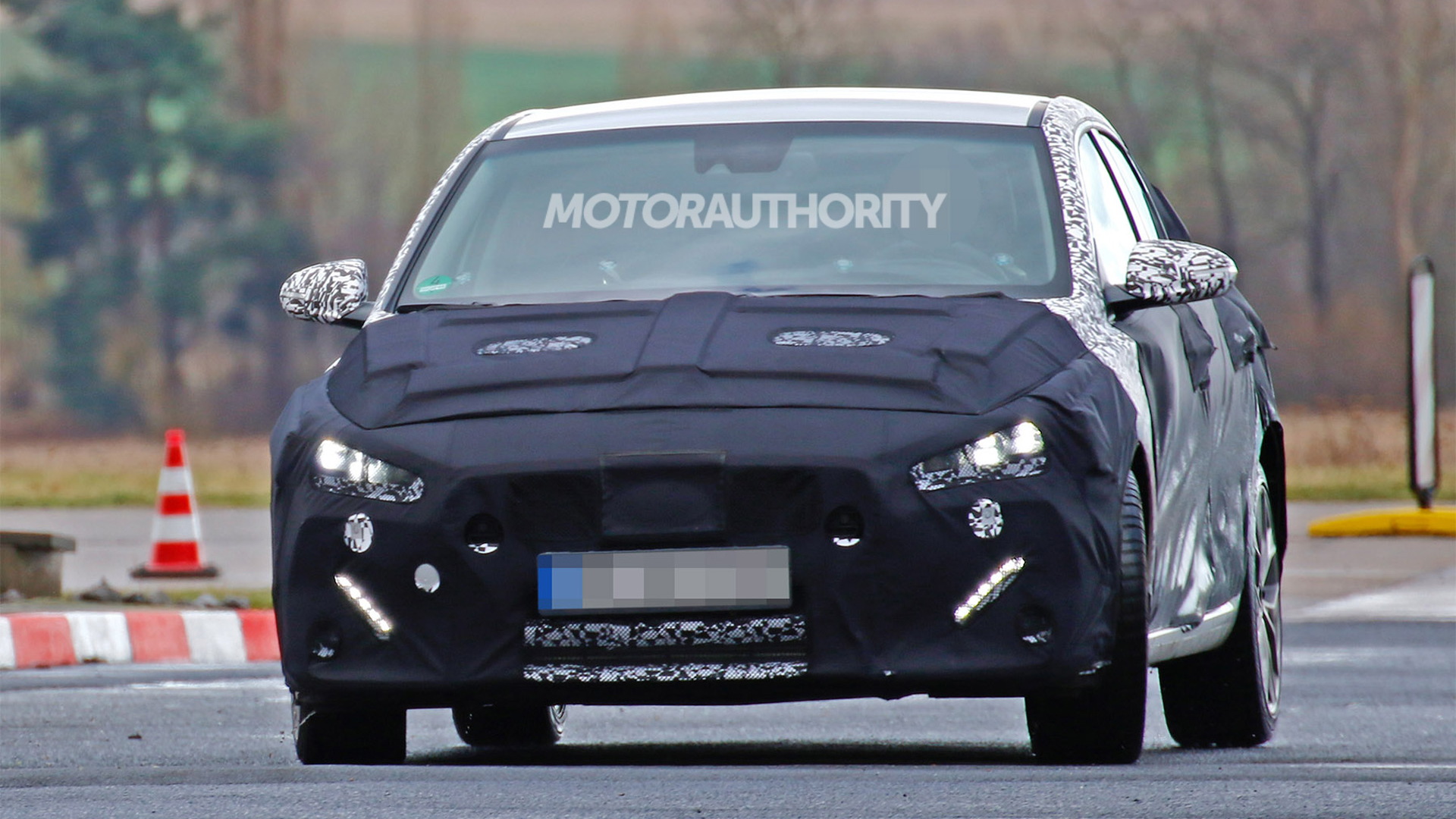 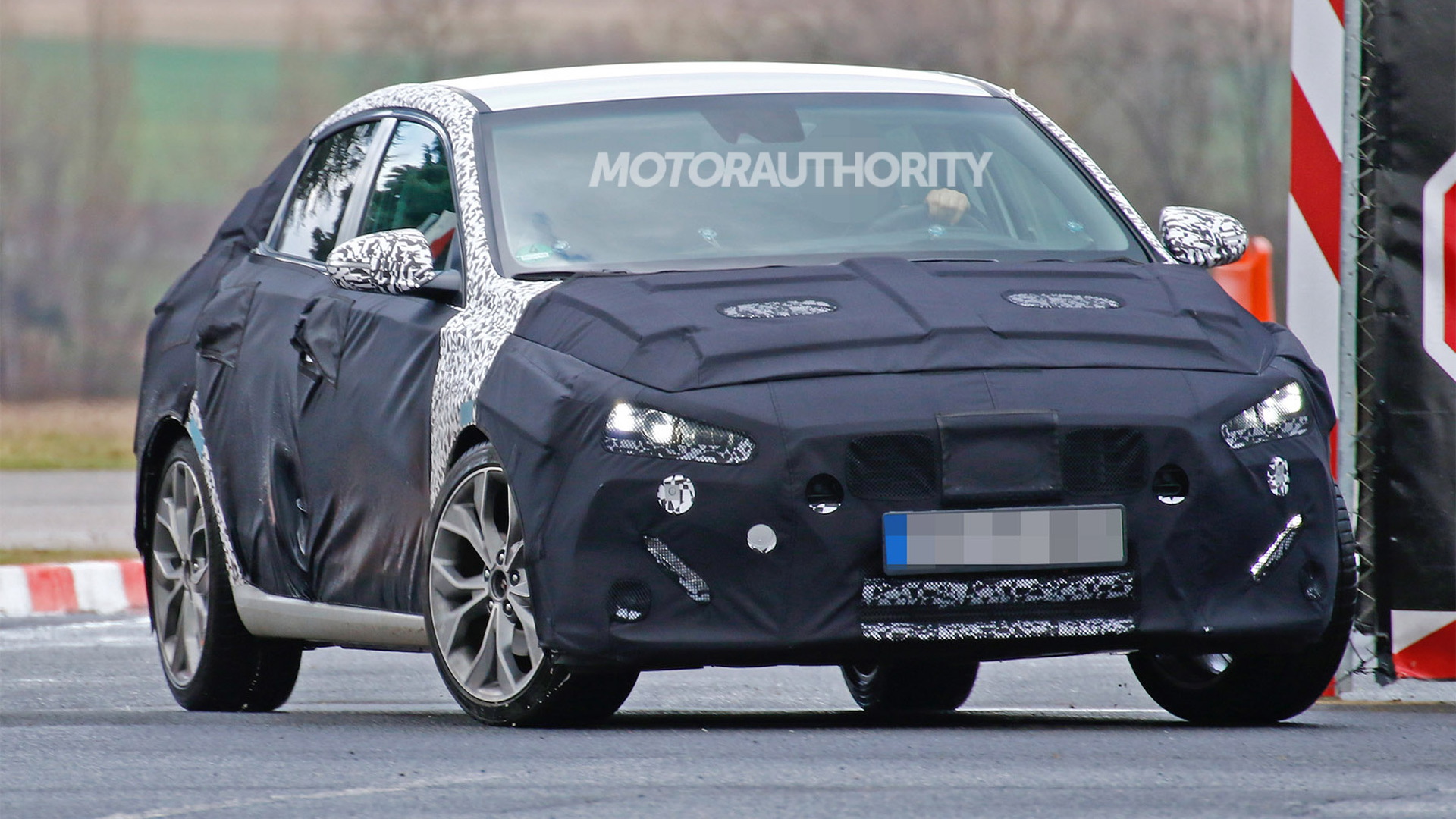 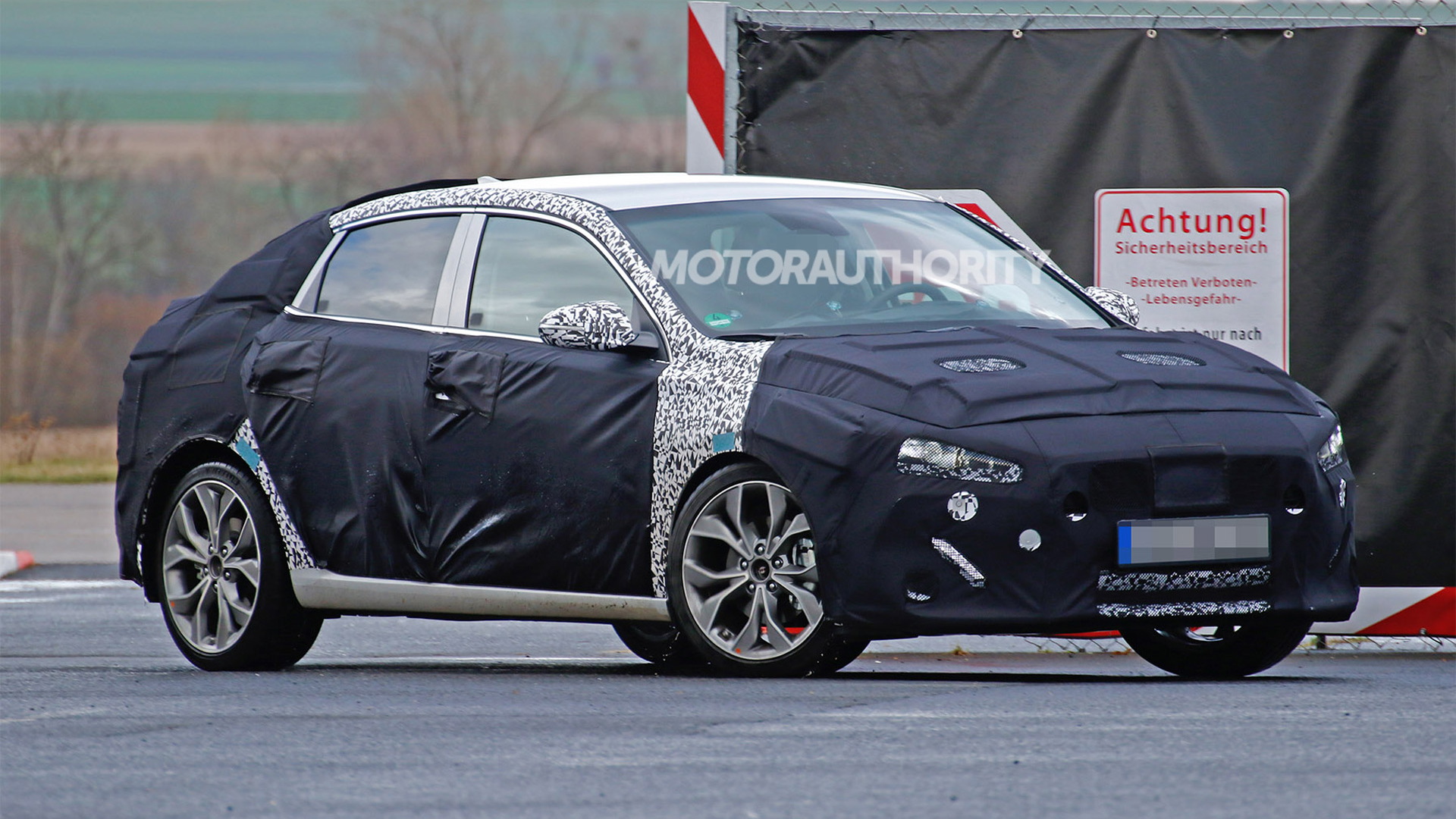 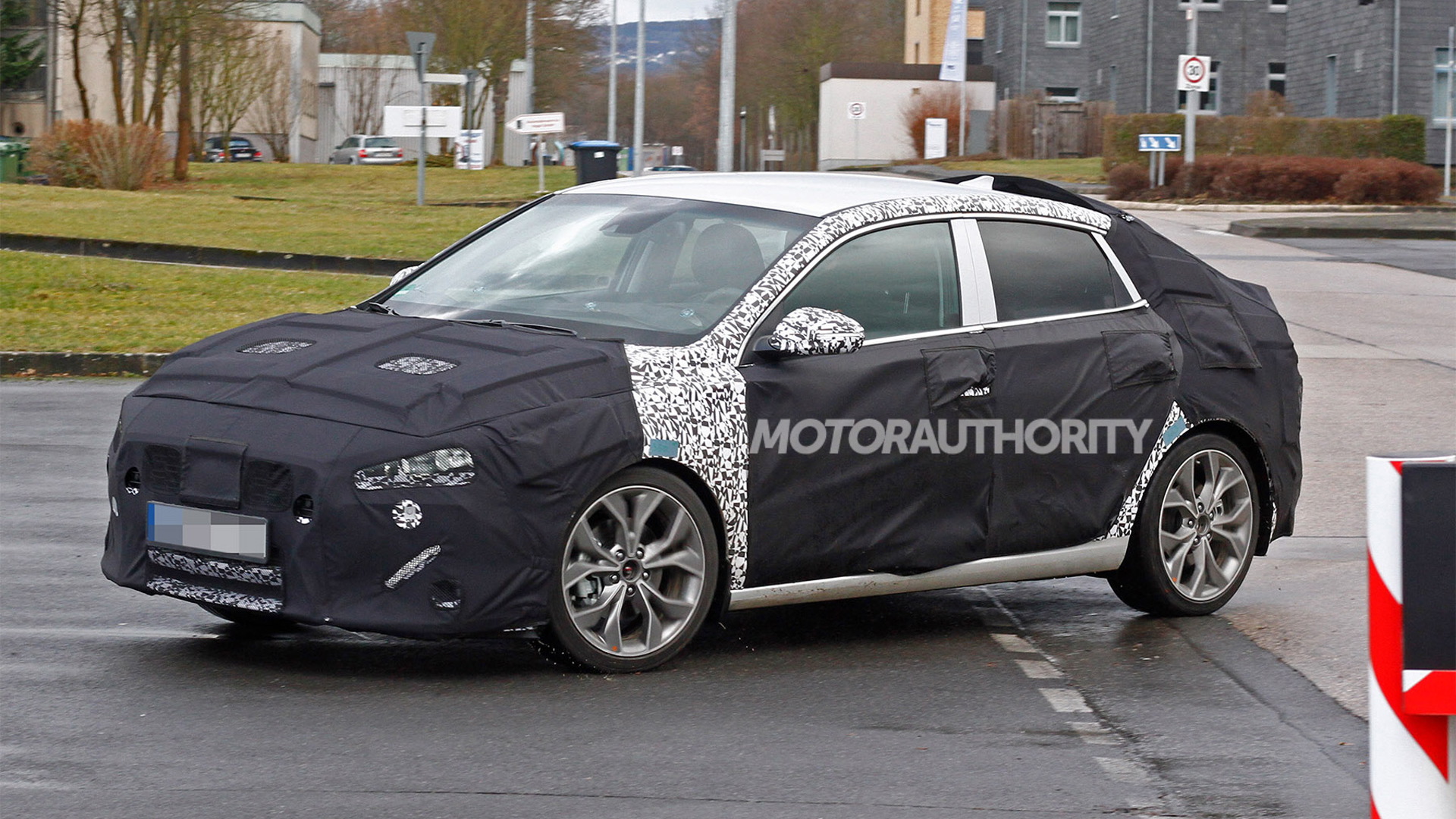 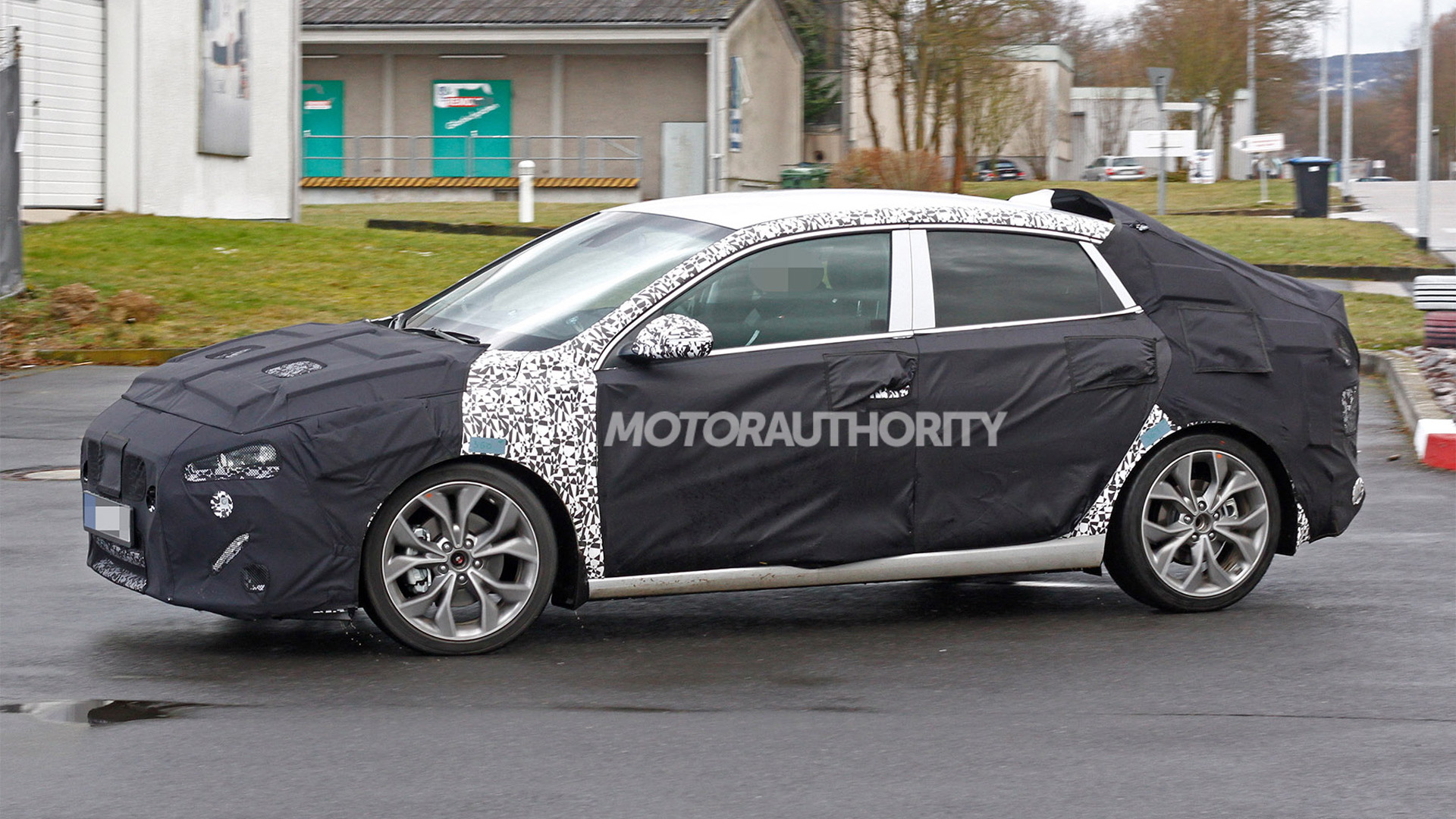 Hyundai’s i30 hatchback, which is headed to the United States as an Elantra GT, is set to spawn a few additional body styles.

A wagon has just been added to the lineup and will be joined by a fastback sedan either late this year or early next.

The fastback, shown here in prototype form, will serve as the replacement for the previous-generation i30’s three-door body style, which Hyundai has chosen not to renew. (The three-door hatch only accounted for around 10 percent of i30 sales.)

Unlike the three-door, the svelte lines of the i30 fastback may appeal to buyers typically seeking more premium options such as Mercedes-Benz’s CLA Shooting Brake or Audi’s A3 Sportback, or at least that's the intention.

Mechanically, the car will be identical to the i30 hatch. This means buyers should be able to select form a series of inline-3 and -4 engines. Front-wheel drive will be standard but all-wheel drive may be offered as an option.

Note, there’s still one more i30 variant that we’re eagerly awaiting: the so-called i30 N being developed by the Hyundai N performance division. The car is expected to come in two guises, with the more potent offering around 271 horsepower.