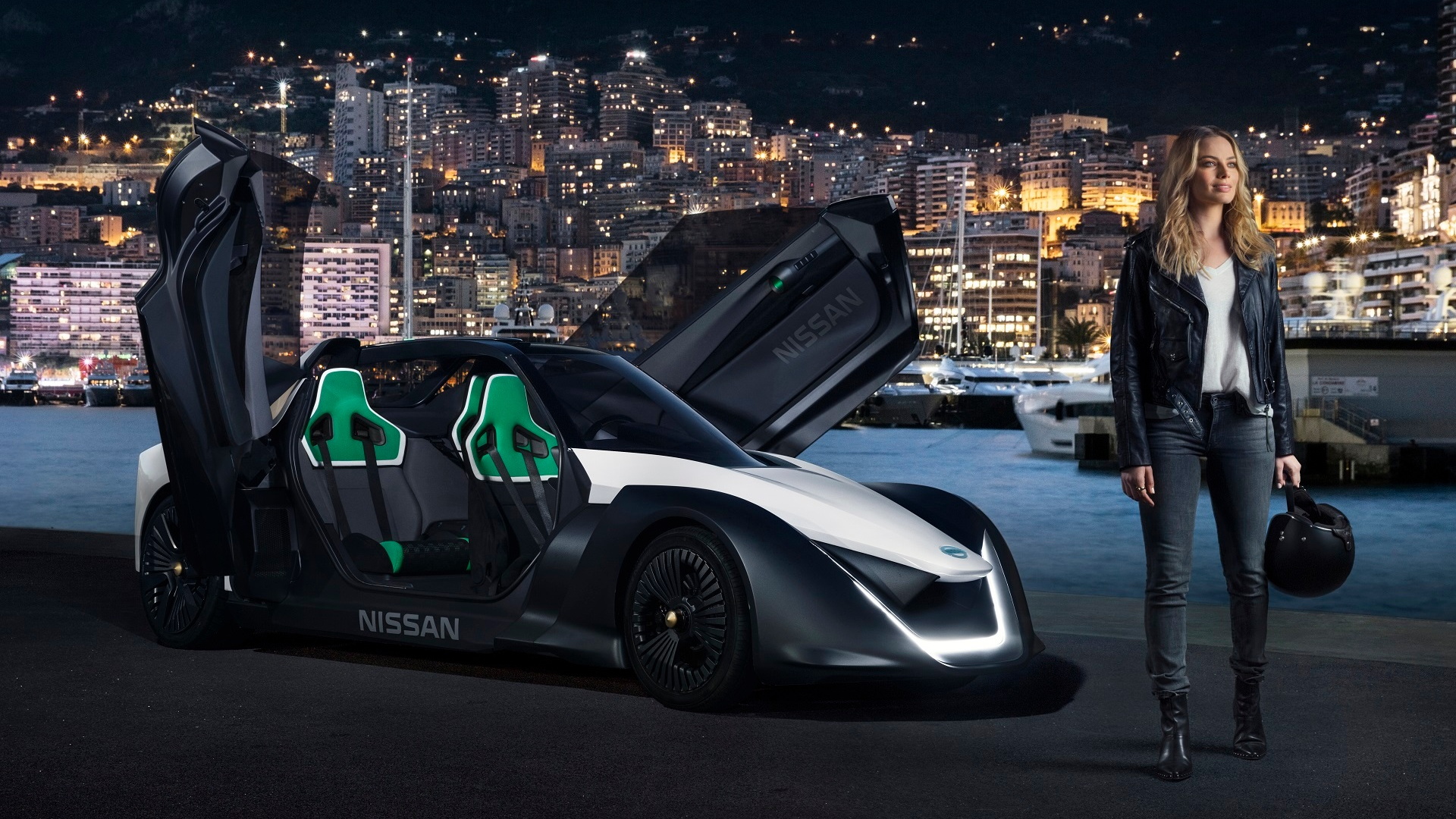 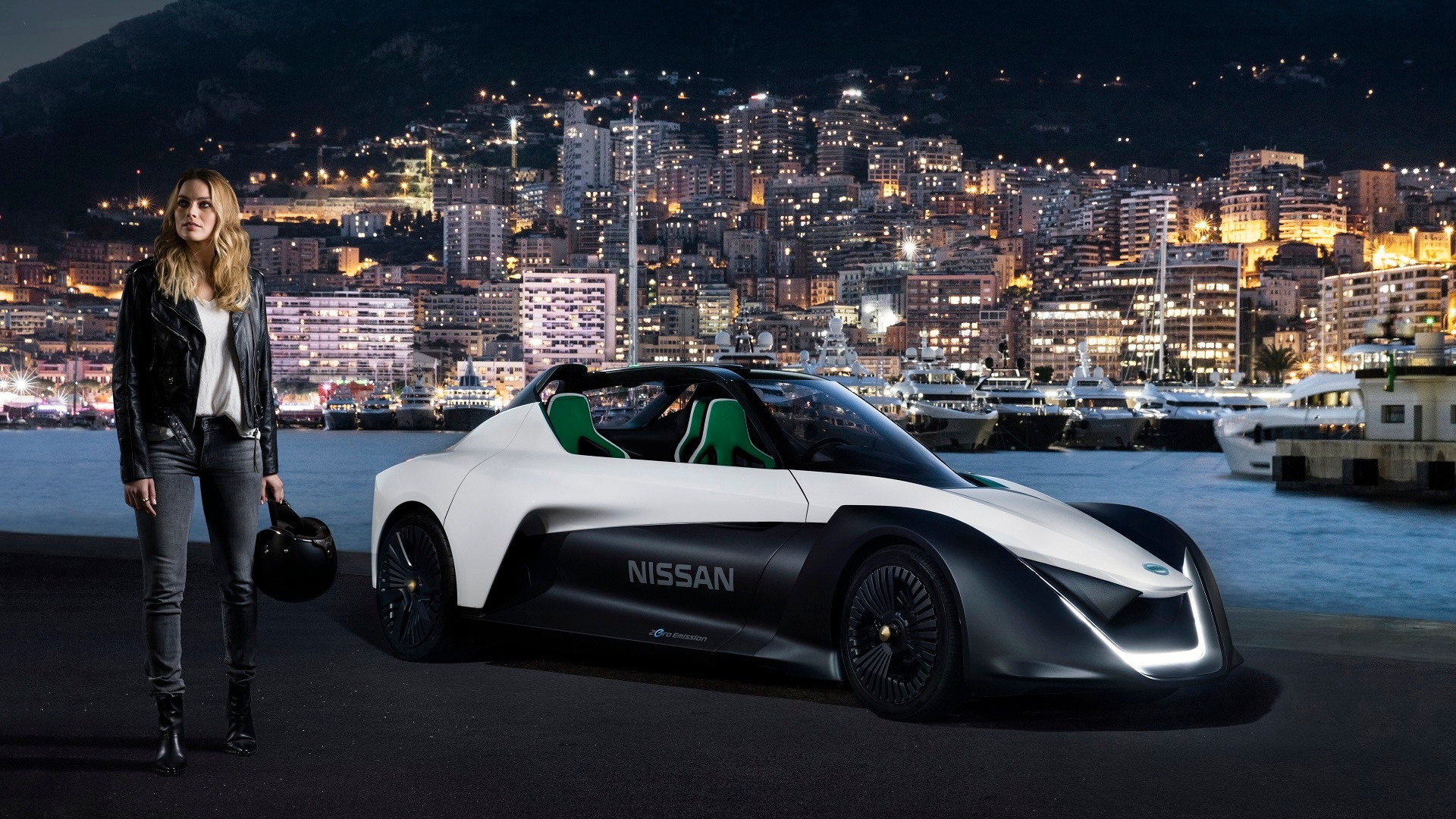 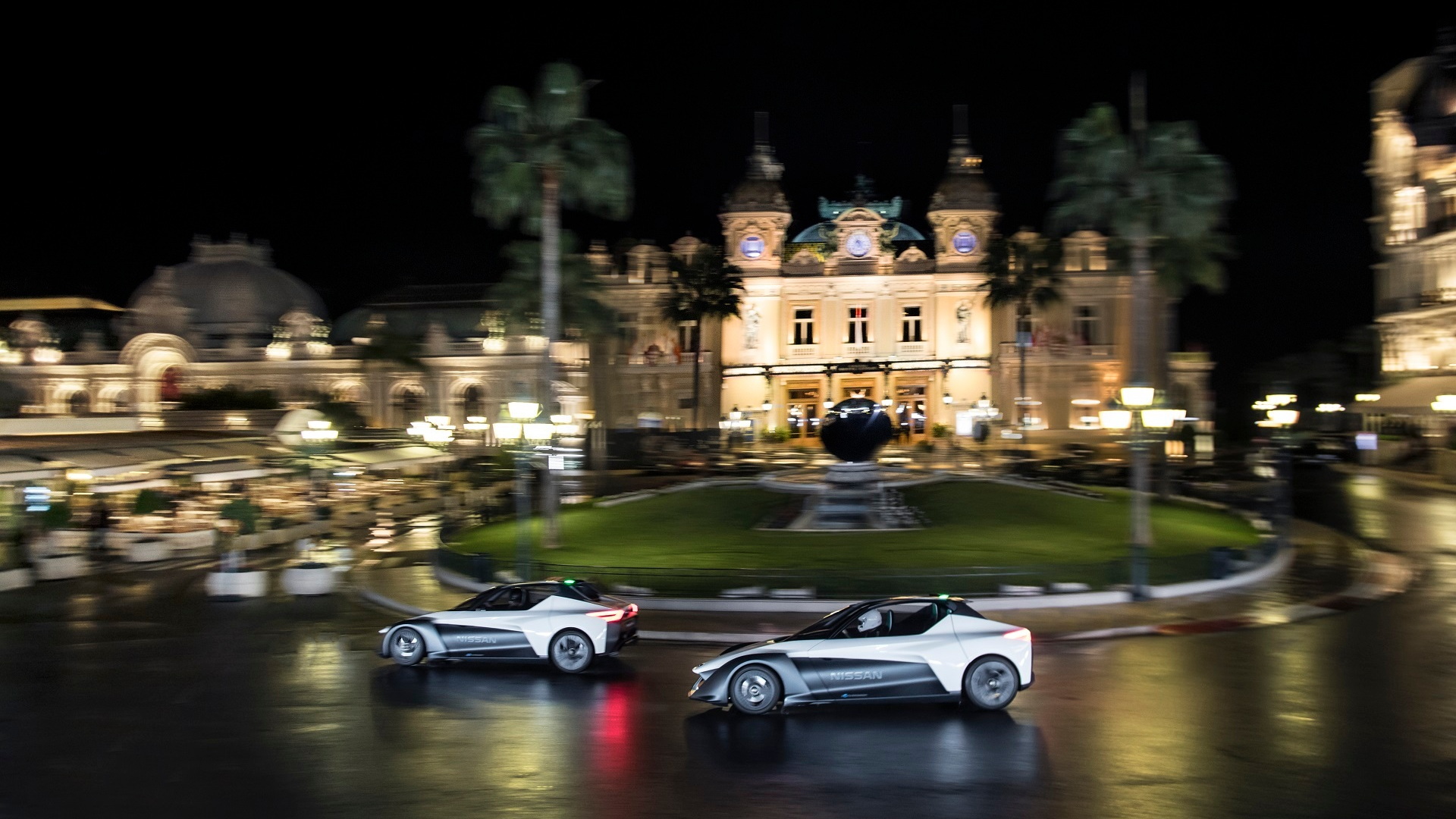 You may know Margot Robbie from such movies as "The Wolf of Wall Street," "Suicide Squad," "The Big Short," and "Whiskey Tango Foxtrot."

You may recognize the Nissan BladeGlider from the 2013 Tokyo motor show and the 2016 Summer Olympics in Rio De Janeiro, where Nissan took folks for rides in two working prototypes.

Now the two are teaming up as Robbie has signed on as Nissan's new electric vehicle ambassador.

To announce Robbie's deal, Nissan has produced a video of the 26-year-old Australian actress "racing" the BladeGlider with the only other existing BladeGlider around the historic circuit in Monaco at midnight.

The BladeGlider is Nissan's concept for an electric sports car of the future. It has a 1+2 layout for three-passenger seating, and a narrow front track that Nissan claims provides aerodynamic efficiency and handling stability.

The numbers do add up to make it a real sports car. It features a 220-kwh lithium-ion battery that feeds a pair of 130-kw (174-hp) electric motors, one for each rear wheel. Nissan says it can accelerate from 0 to 60 mph in less than 5.0 seconds, and reach a top speed of 118 mph (190 kph). The rear motors also provide torque vectoring with three modess: off, agile, and drift.

In the video, our heroine hits that drift mode and proceeds to drift the BladeGlider through the famous Fairmont Hairpin. We don't really believe Robbie did the drifting. She's an incredibly talented actress, but that skill would make her too good to be true.

Then the race begins with a drum track building the fake tension as the cars dice through the iconic Tunnel and along Massenet before finishing at Casino Square. No doubt what follows is Robbie heading inside to become the femme fatal on the arm of an international spy at the table of a high-stakes poker game.

So, is there actually any news here? Only that Robbie has signed on with Nissan. The BladeGlider will be on display at next month's Geneva auto show as well, but we've seen this car before.

What we can read into this, though, as that with the signing of a big star like Robbie for its EVs, Nissan will have more EV news in the future, and some of it may even involve sports cars.