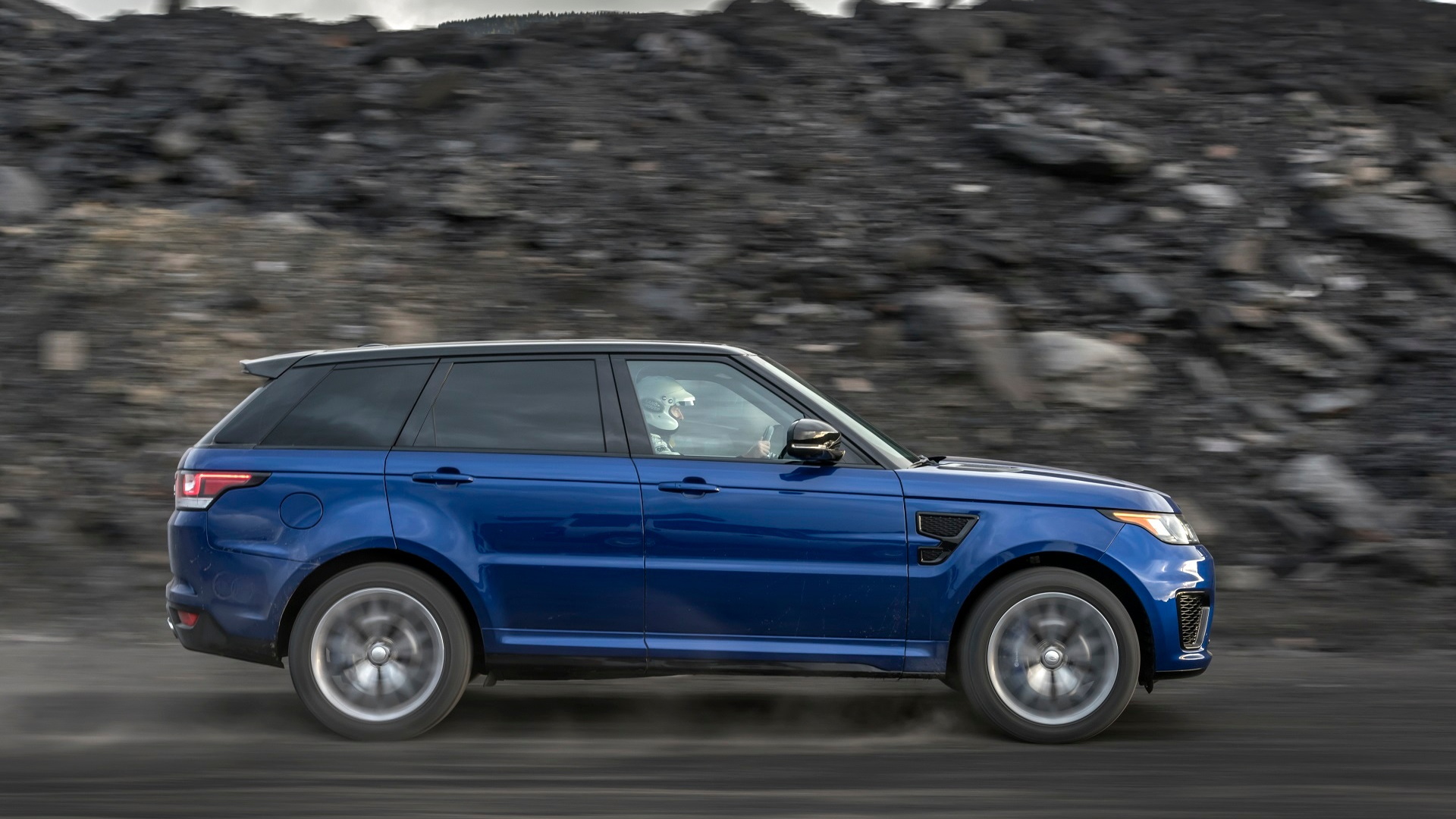 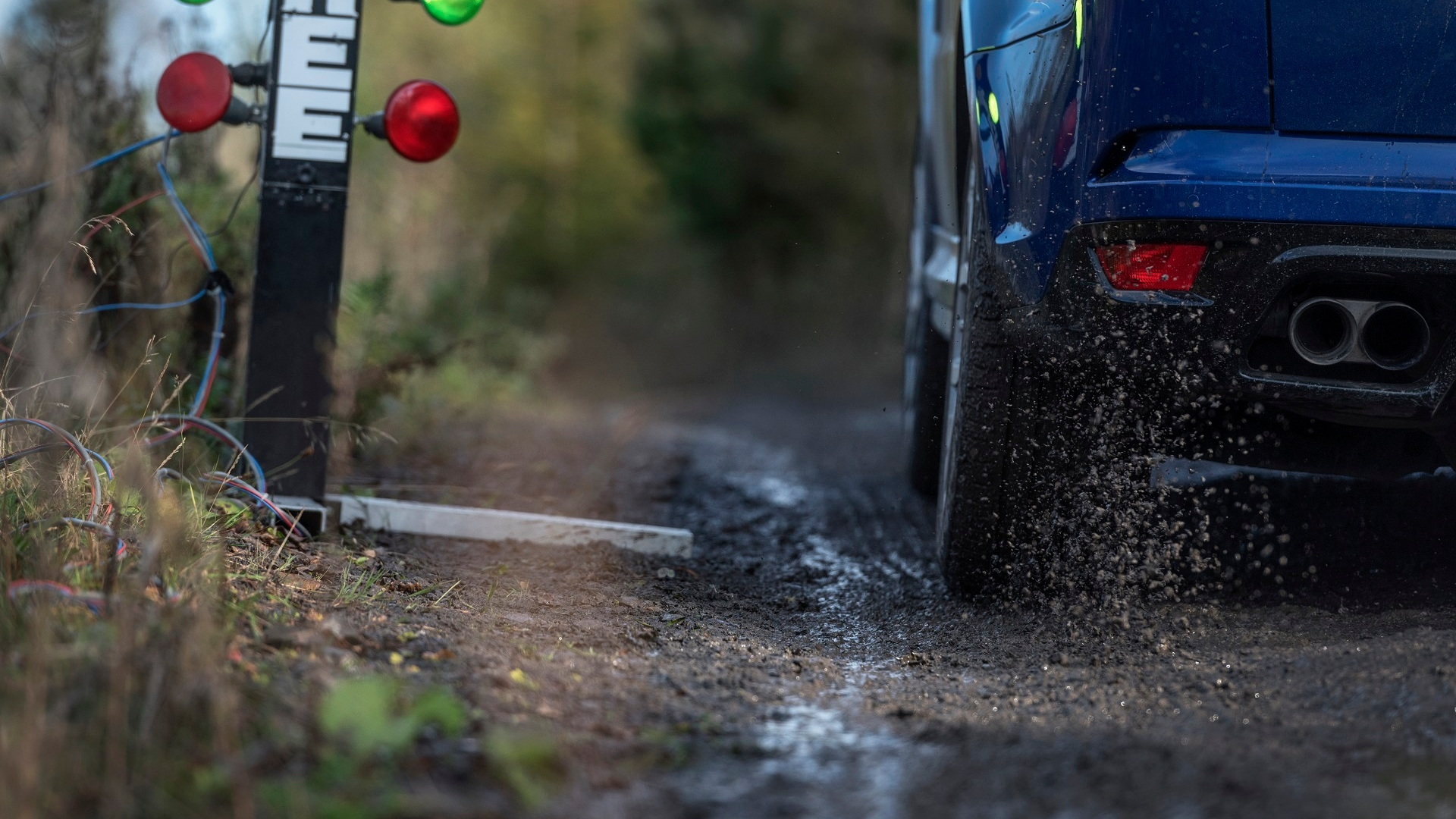 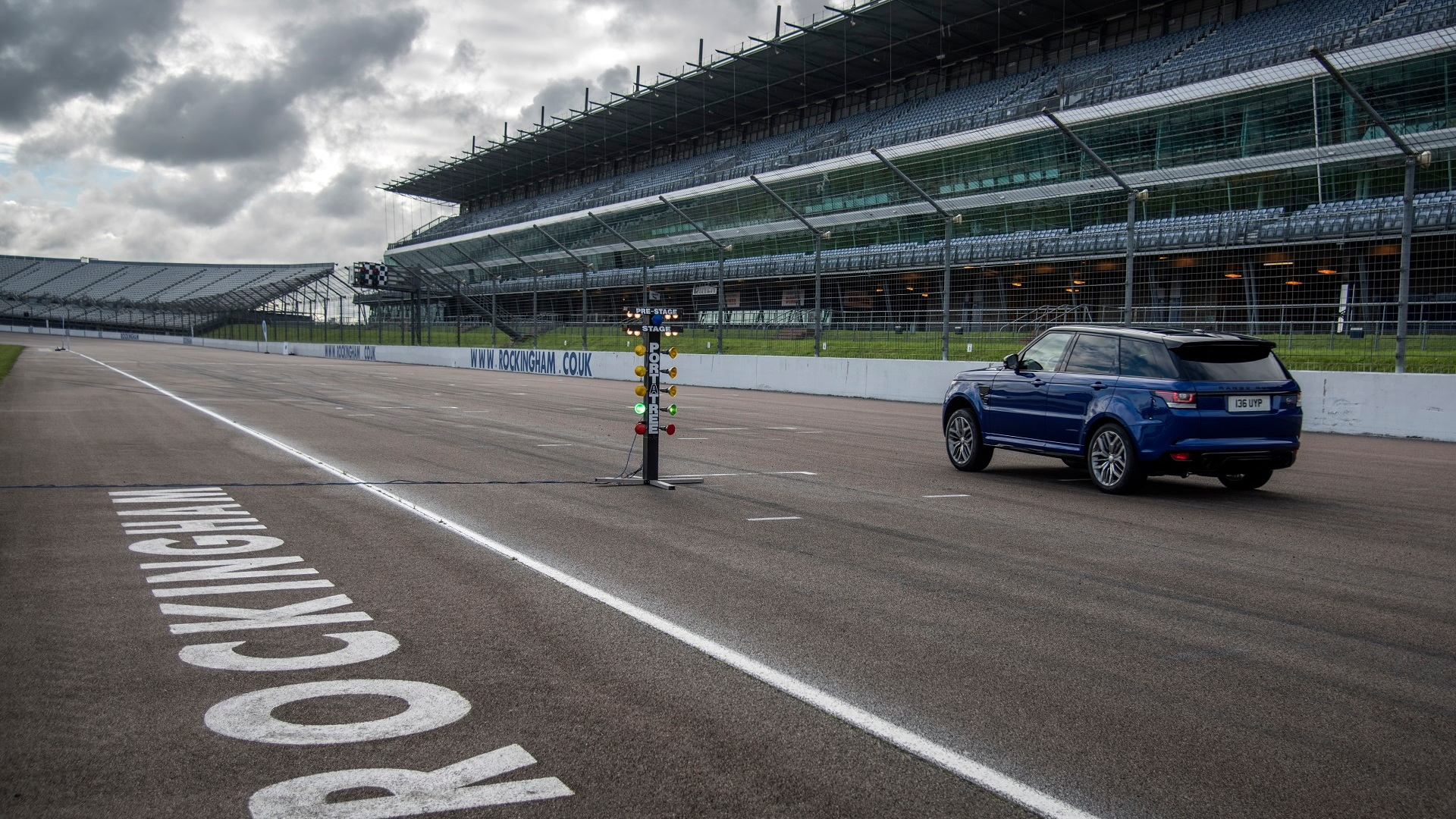 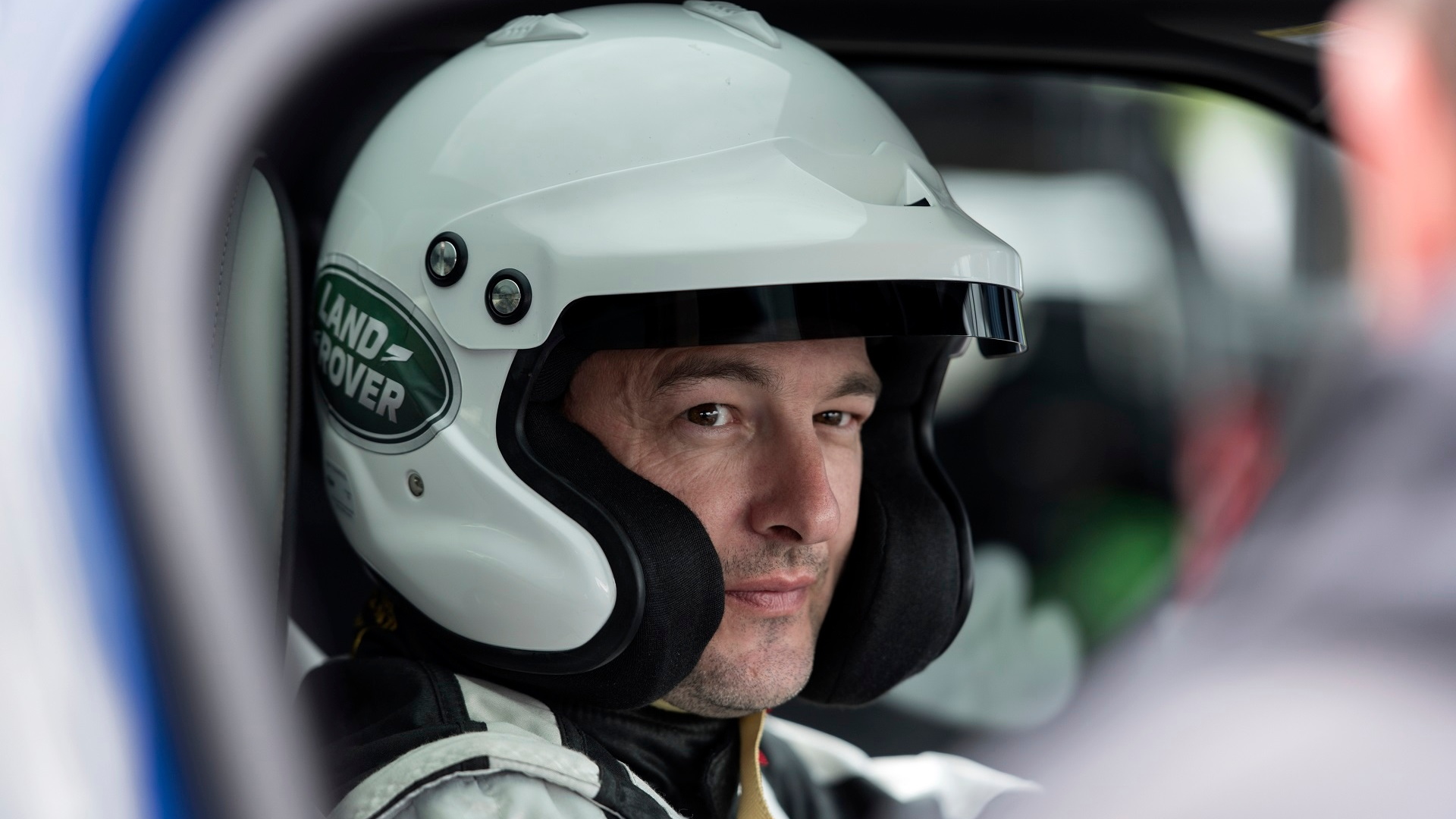 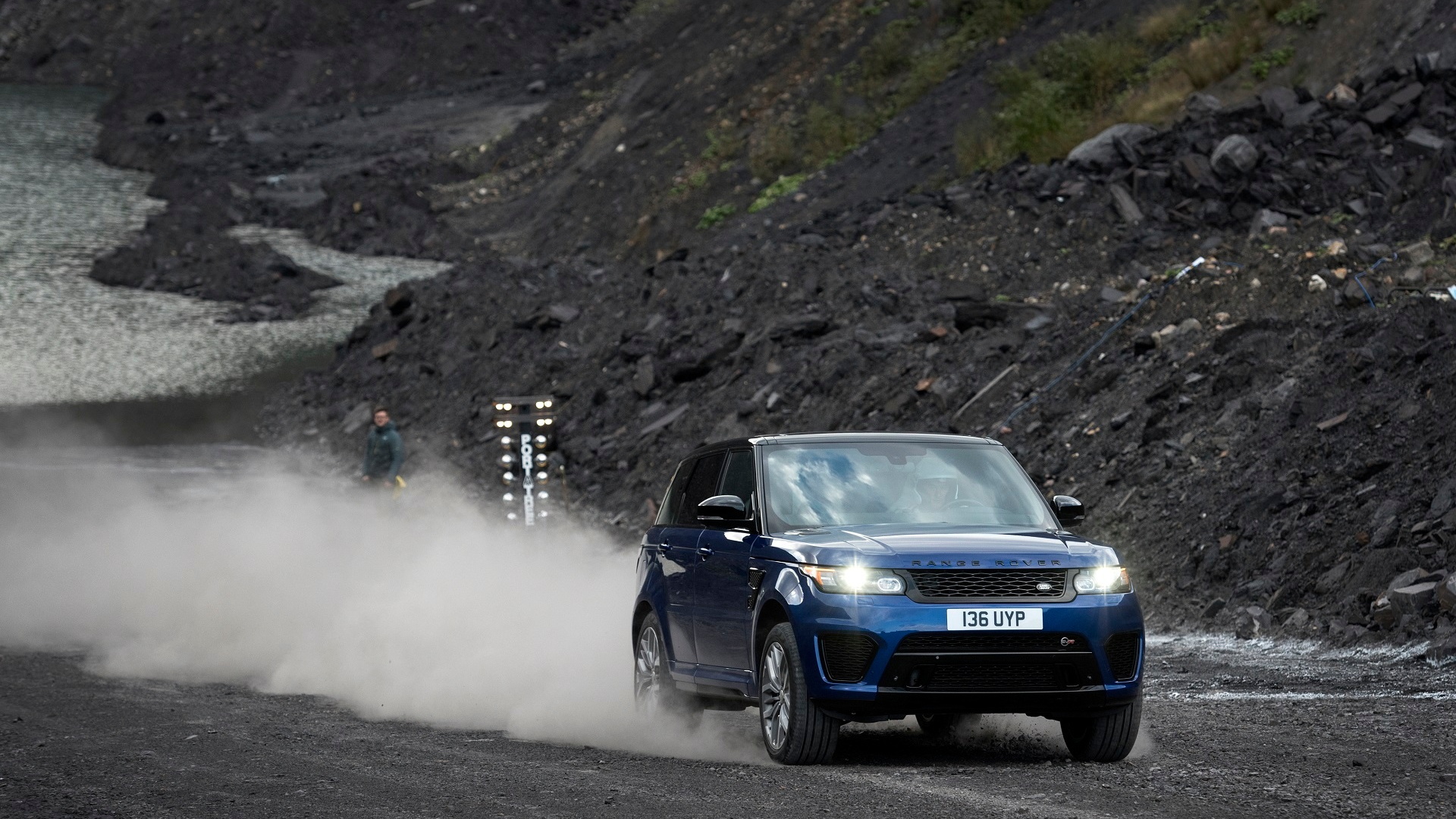 With its supercharged 5.0-liter V-8 engine, we already know that the Land Rover Range Rover Sport SVR is fast on pavement. The thing has claimed the fastest production SUV lap time around the Nürburgring, for criminy sakes. But what happens when the surface changes? How fast is it then? Land Rover had that exact thought and decided to do something about it.

First up was asphalt and the venue was Rockingham Motor Speedway in Corby, England. Using the Terrain Response system's Dynamic mode--which sharpens the throttle, holds gears longer, and stiffens the anti-roll bars--the SVR posted a 0-60 mph time of 4.7 seconds.

Next was a grass surface at the Land Rover Experience East of England. Using the Terrain Response system's Grass/Gravel/Snow mode, which softens the throttle response and makes for quicker and softer shifts, the SVR was only slightly slower, with a time of 5.5 seconds.

An English quarry provided the gravel surface, and again Grass/Gravel/Snow was used. The 0-60 mph time? 5.3 seconds.

For a snowy surface, the team headed to the Jaguar Land Rover winter test facility in Arjeplog, Northern Sweden. Using Grass/Grave/Snow, the SVR put up a much slower 11.3-second 0-60 time on a track of snow and ice.

It was back to one of Land Rover's British off-road testing facilities for the mud test. Using the Terrain Response's Mud and Ruts mode, which raises the air suspension and allows the tires to slip, the Range Rover Sport SVR put up a 6.5-second 0-60 mph run on a wet and muddy path.

ALSO SEE: How the Range Rover has evolved over its lifetime

Finally, the crew headed to the Pendine Sands at Carmarthen Bay in South Wales for the sand run. Using the Terrain Response's Sand mode, which locks the center differential and holds gears longer, the SVR ripped off a sand run of 5.3 seconds.

The point of all this? Darren Jones, Stability Applications Leader for Jaguar Land Rover and driver for the program summed it up: "The Range Rover Sport SVR is famed for its on-road performance but this hasn’t been achieved at the expense of customary Land Rover capability. Our Terrain Response 2 technology takes the stress out of driving in all conditions."

We can't really argue with that.