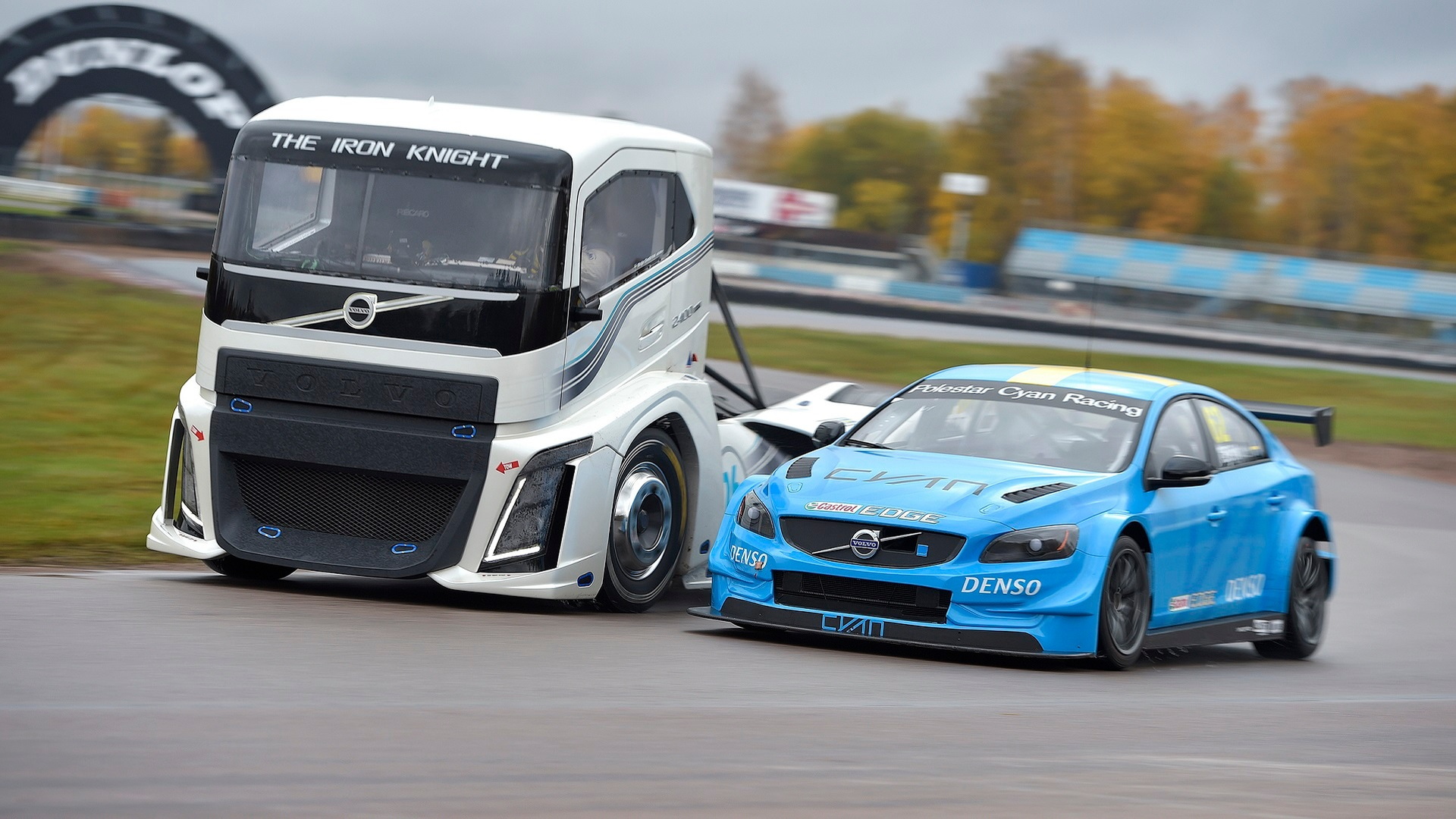 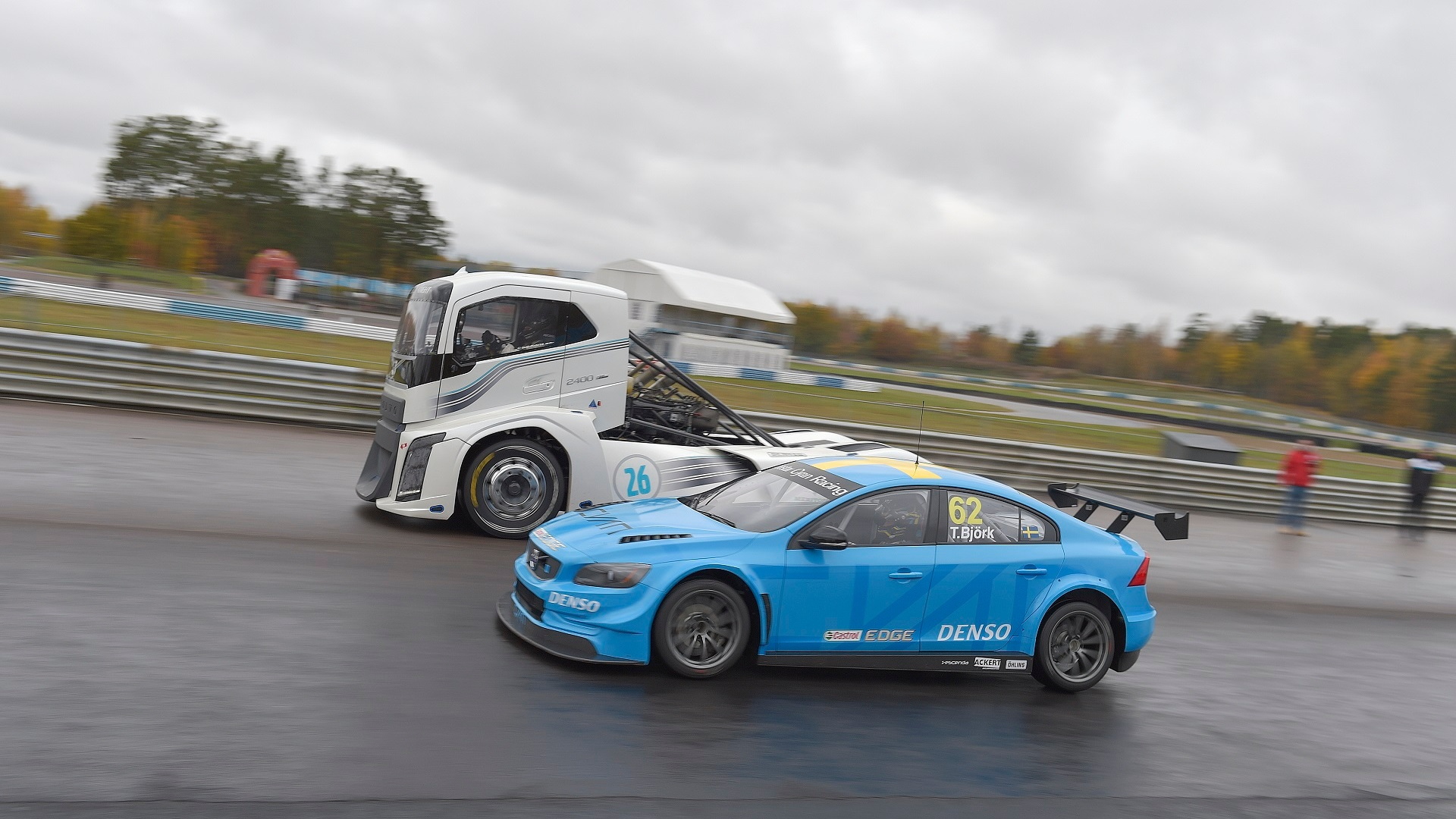 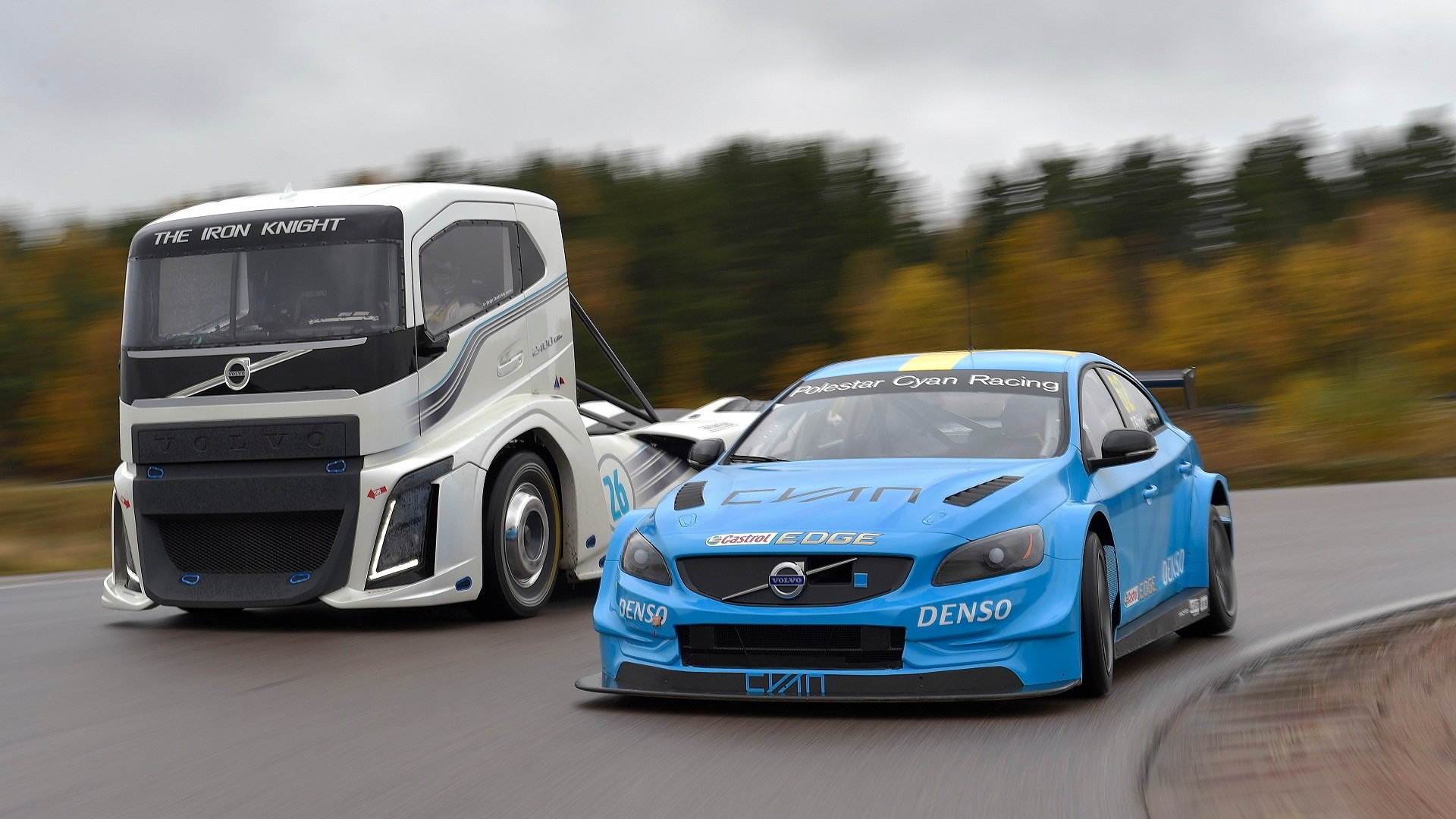 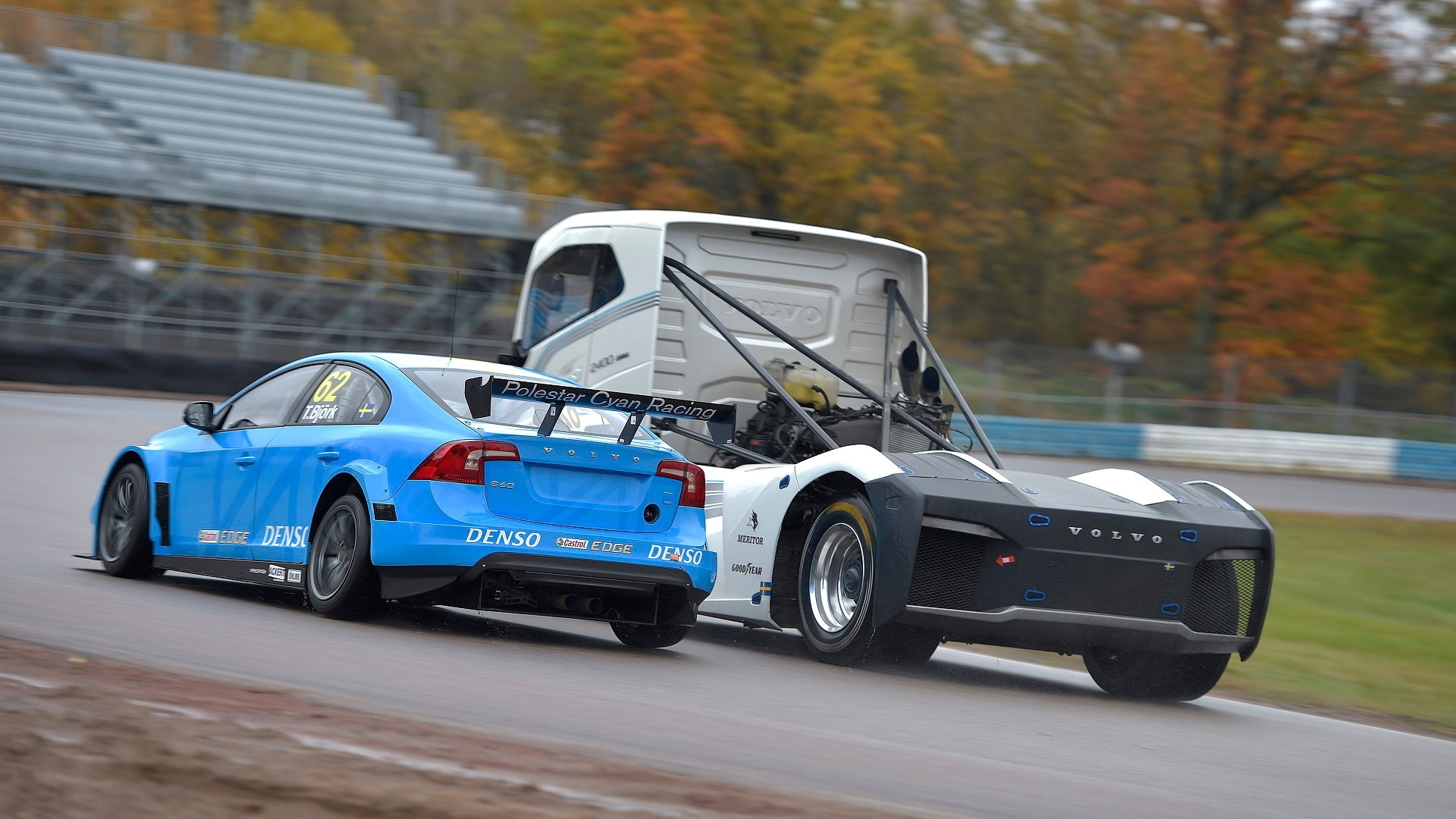 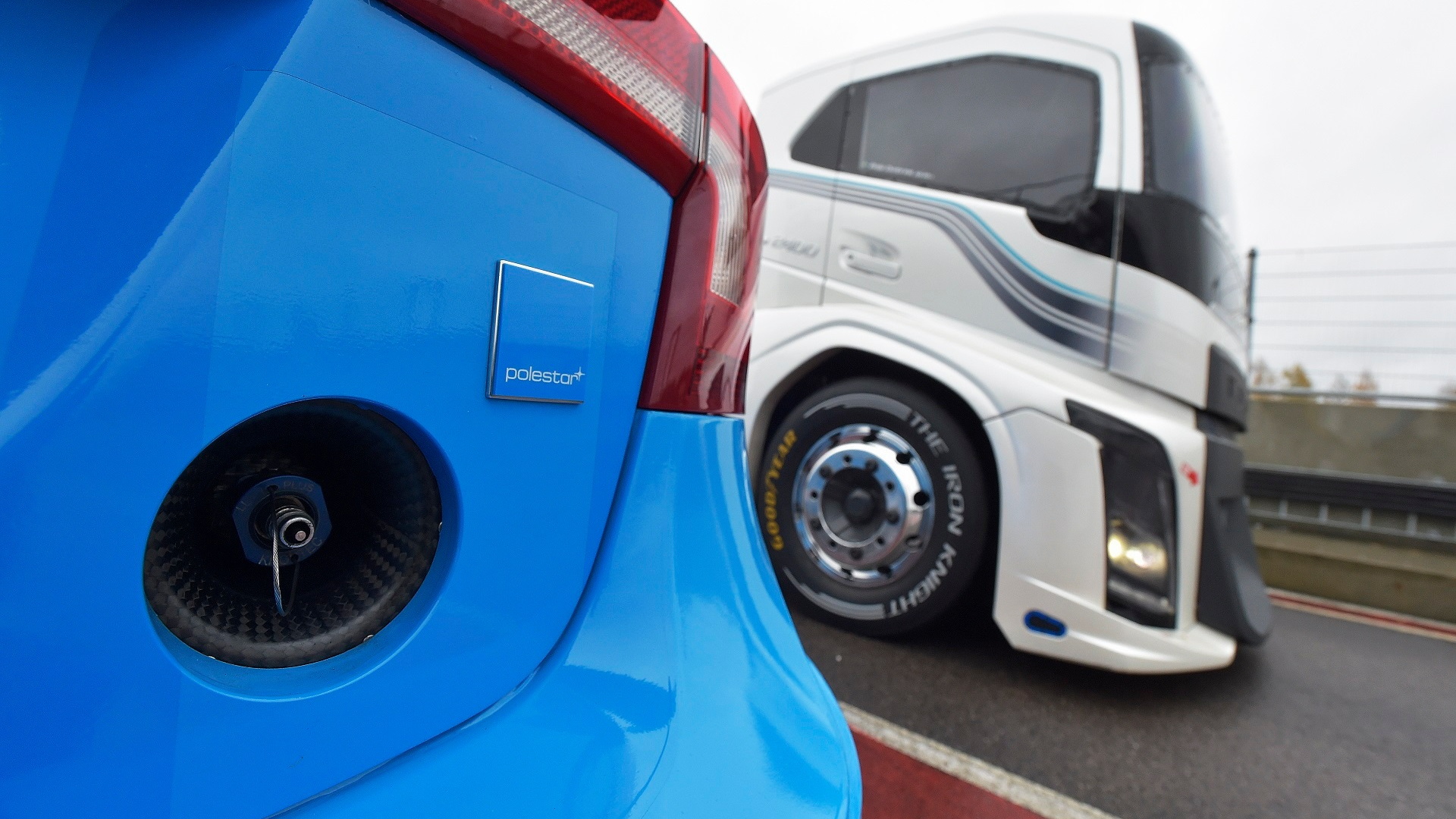 Volvo Trucks pulls off some pretty cool stunts in the name of showing off the engineering behind its trucks. We've seen Jean-Claude Van Damme do the splits between two Volvos, a Volvo truck driver tow a paraglider, a 4-year old girl operate a Volvo truck remotely, and a valet figure out how he's going to park a tractor-trailer.

Now Volvo Trucks is pitting what it calls the fastest truck in the world, the so-called Iron Knight, against the World Touring Car Championship Volvo S60 Polestar TC1 in both a drag race and a single-lap dash on a road course.

While it is mostly custom built, the Iron Knight features Volvo Trucks' I-Shift Dual Clutch transmission, and this video was done, in part at least, the show off the robustness of that transmission.

For its latest marketing stunt, Volvo put four-time STCC champion and WTCC race winner Thed Björk behind the wheel of the WTCC car and noted truck racing champion Boije Ovebrink at the helm of the Iron Knight, then had them go head-to-head in two races.

The first challenge was a quarter-mile drag race. We''ll let you calculate the power-to-weight ratios to figure out which vehicle won. Or you can just watch the video.

For the second challenge, the two vehicles traveled to Sweden's 1.95-mile road course circuit at Mantorp Park. This is the kind of racing that the S60 was meant to do, so the Iron Knight got a head start. Again, you can click on the video to see which racer won.

Whether you care which vehicle won each race or not, it's cool to see these vehicles in action, and the Iron Knight is an especially mean racing machine. It looks like Darth Vader's personal over-the-road transport.