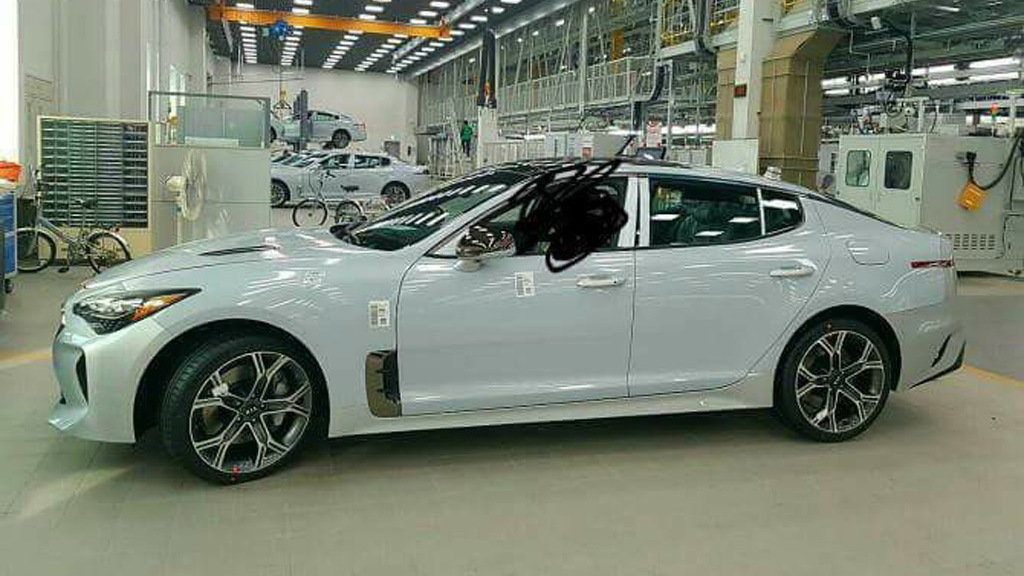 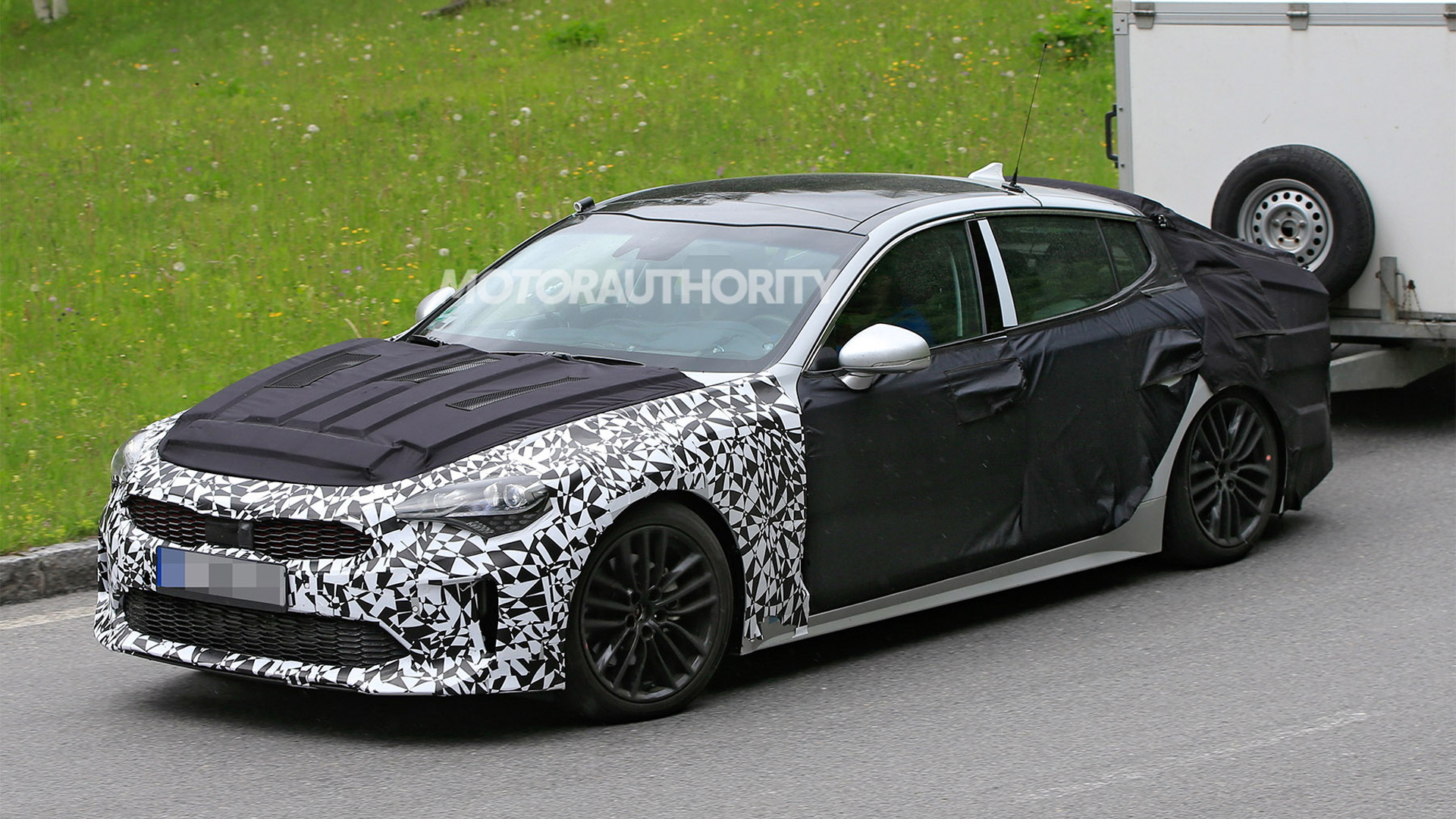 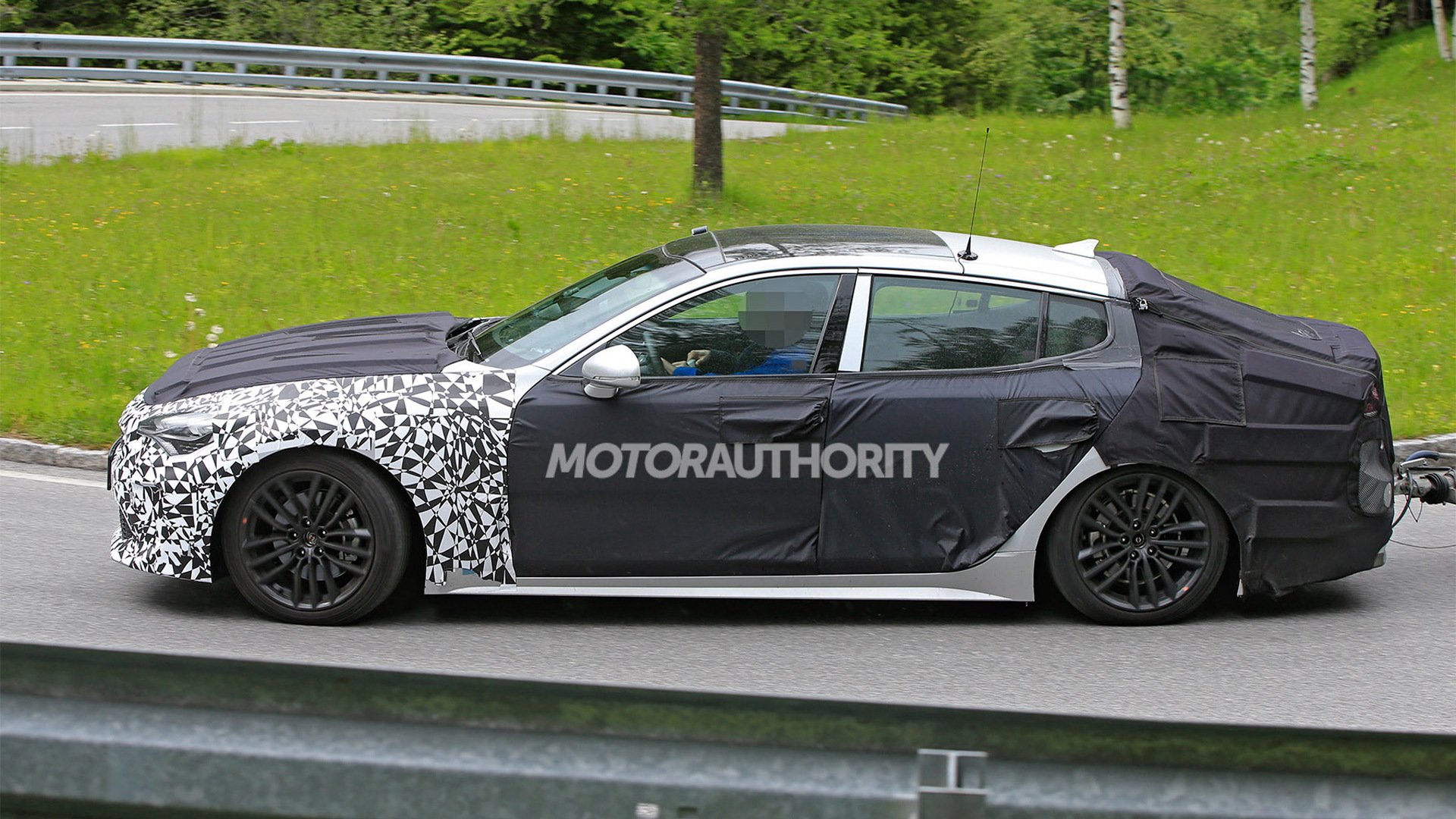 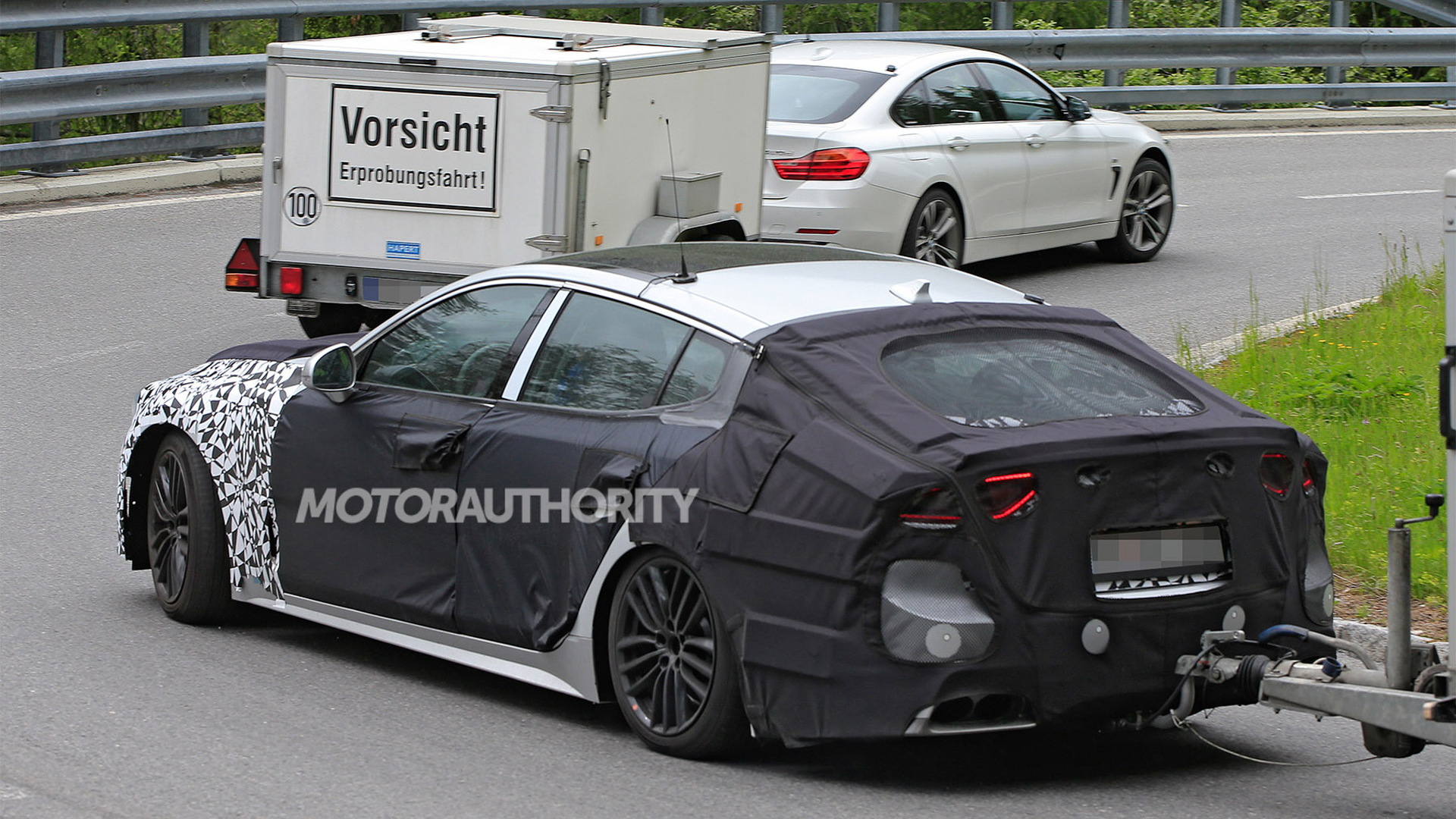 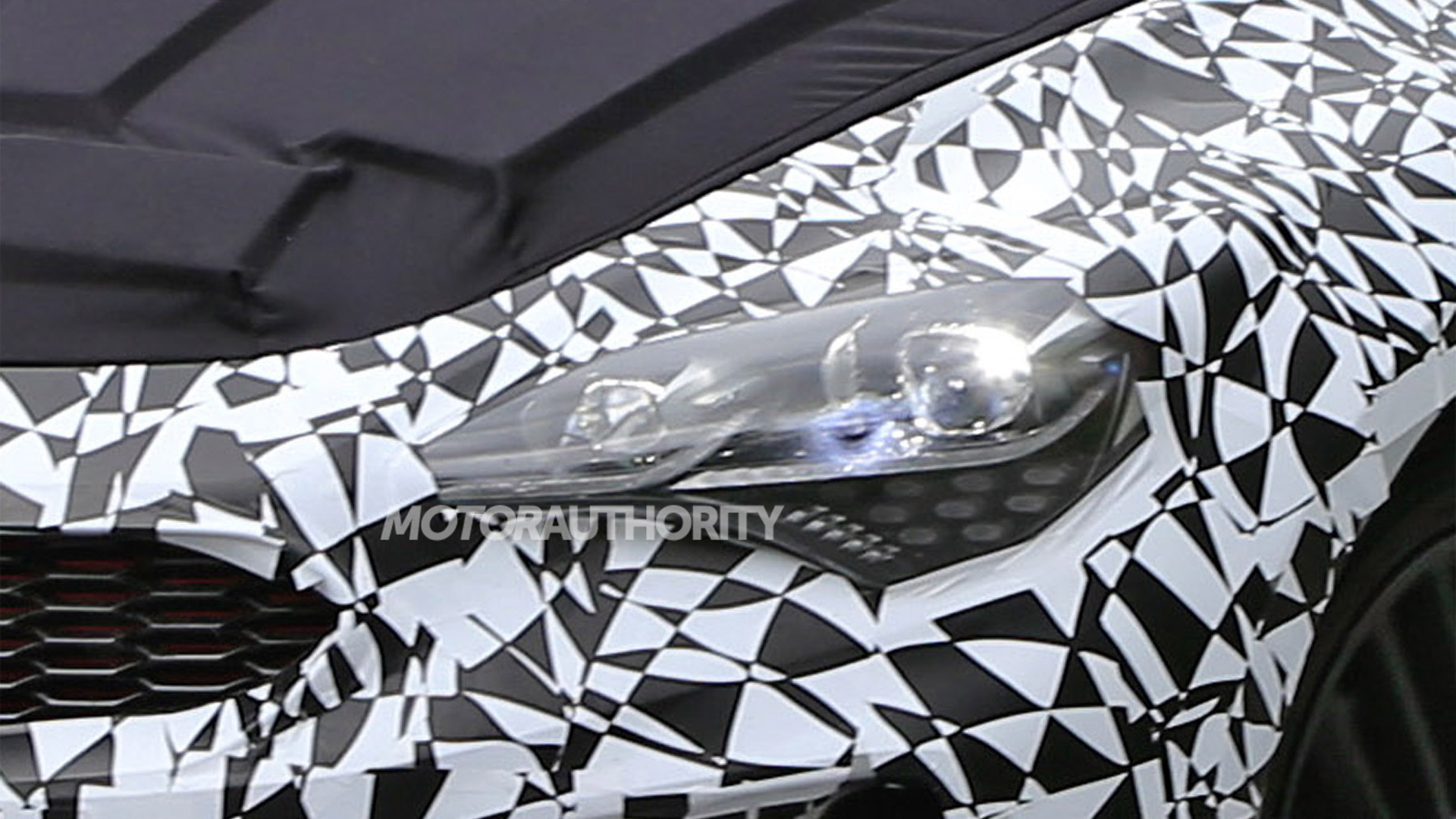 Kia’s rear-wheel-drive sports sedan based on the GT concept car that we first saw at the 2011 Frankfurt auto show has been outed.

We've already spied prototypes but now a leaked shot courtesy of the Kia-World blog reveals what’s likely to be a pre-production model. While there are clear influences from the concept, it appears most of the lines have been toned down for production.

It’s still not clear what the car will be called but for most markets it’s expected to be labeled a Stinger. In Kia’s home market of Korea it will be labeled a K8, signifying its positioning between the K7 (Cadenza) and K9 (K900).

Under the skin the car is a twin with the Genesis G70 that's also in the works. The platform is believed to be a shortened version of the design found in the Genesis G80 and G90. Peak output of 365 horsepower should come from a turbocharged V-6 in range-topping trim, with drive going to the rear wheels via an 8-speed automatic transmission. An inline-4 and possibly a hybrid option should also be on offer.

Pricing should fall somewhere between the $32K starting price of the Cadenza and $50K price of the K900. For buyers willing to look past the badge, the car should prove a worthy alternative to the likes of the new Audi A5 Sportback and BMW 4-Series Gran Coupe.

Look for the world debut to take place at a major auto show in early 2017.