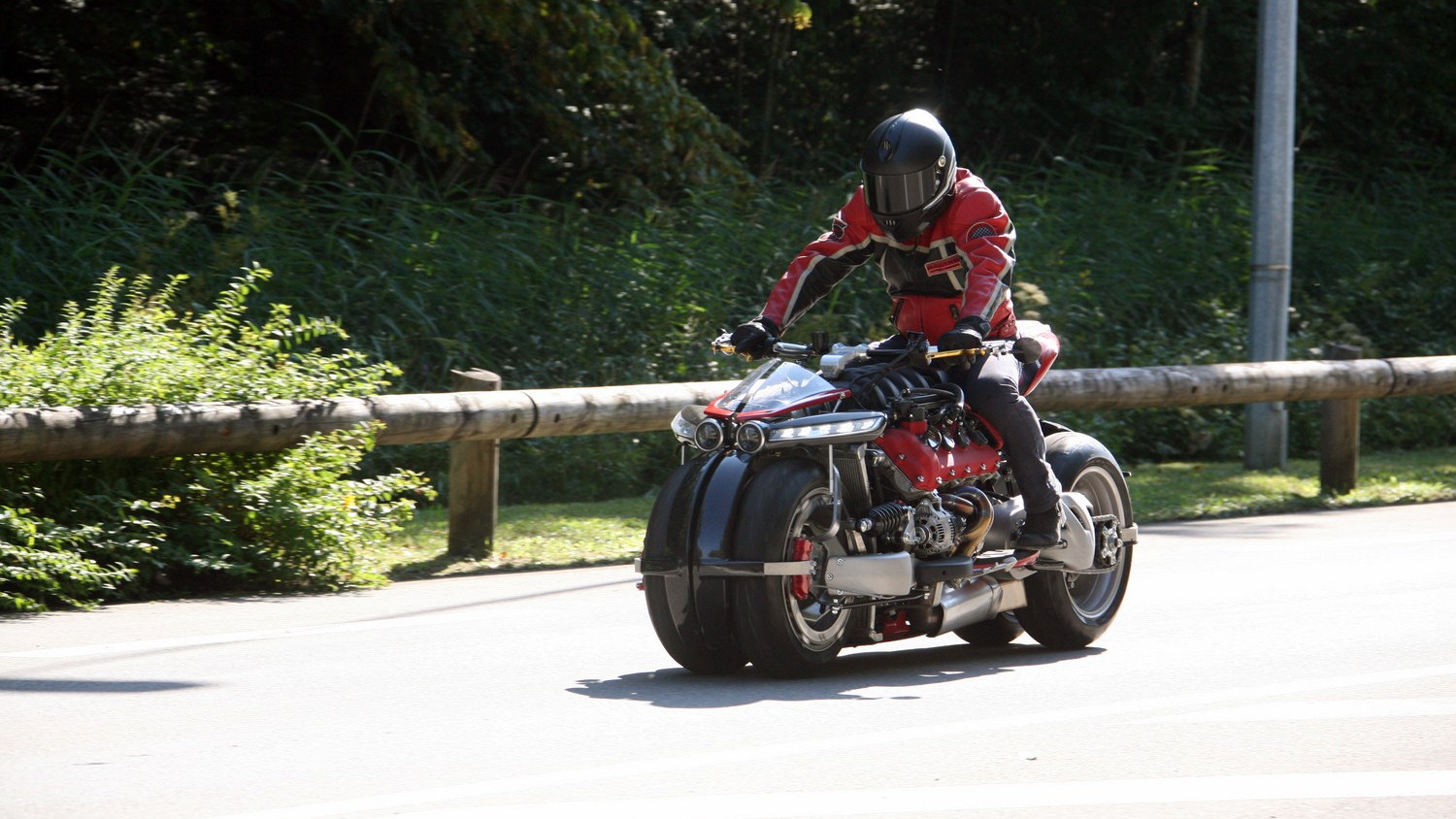 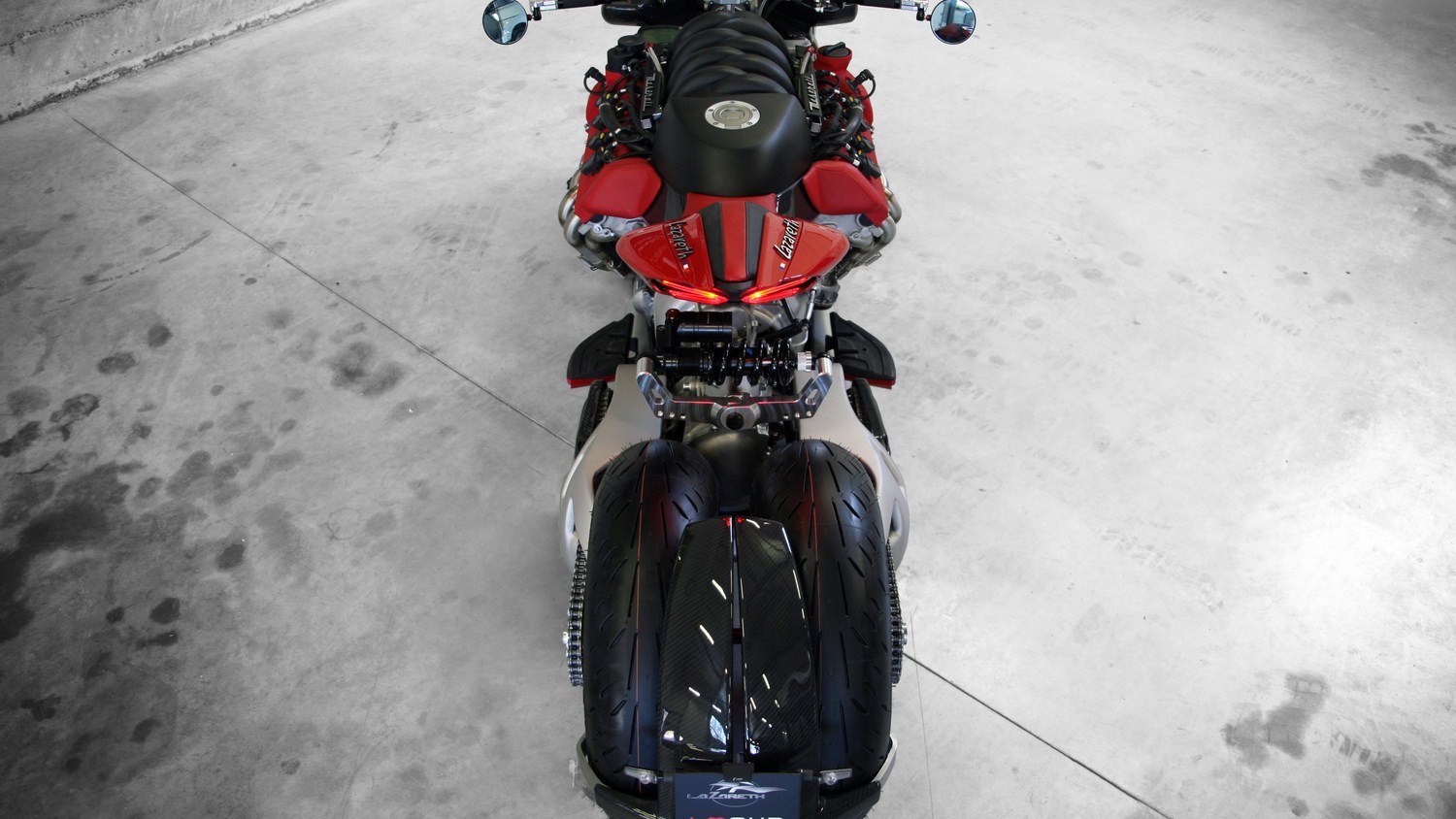 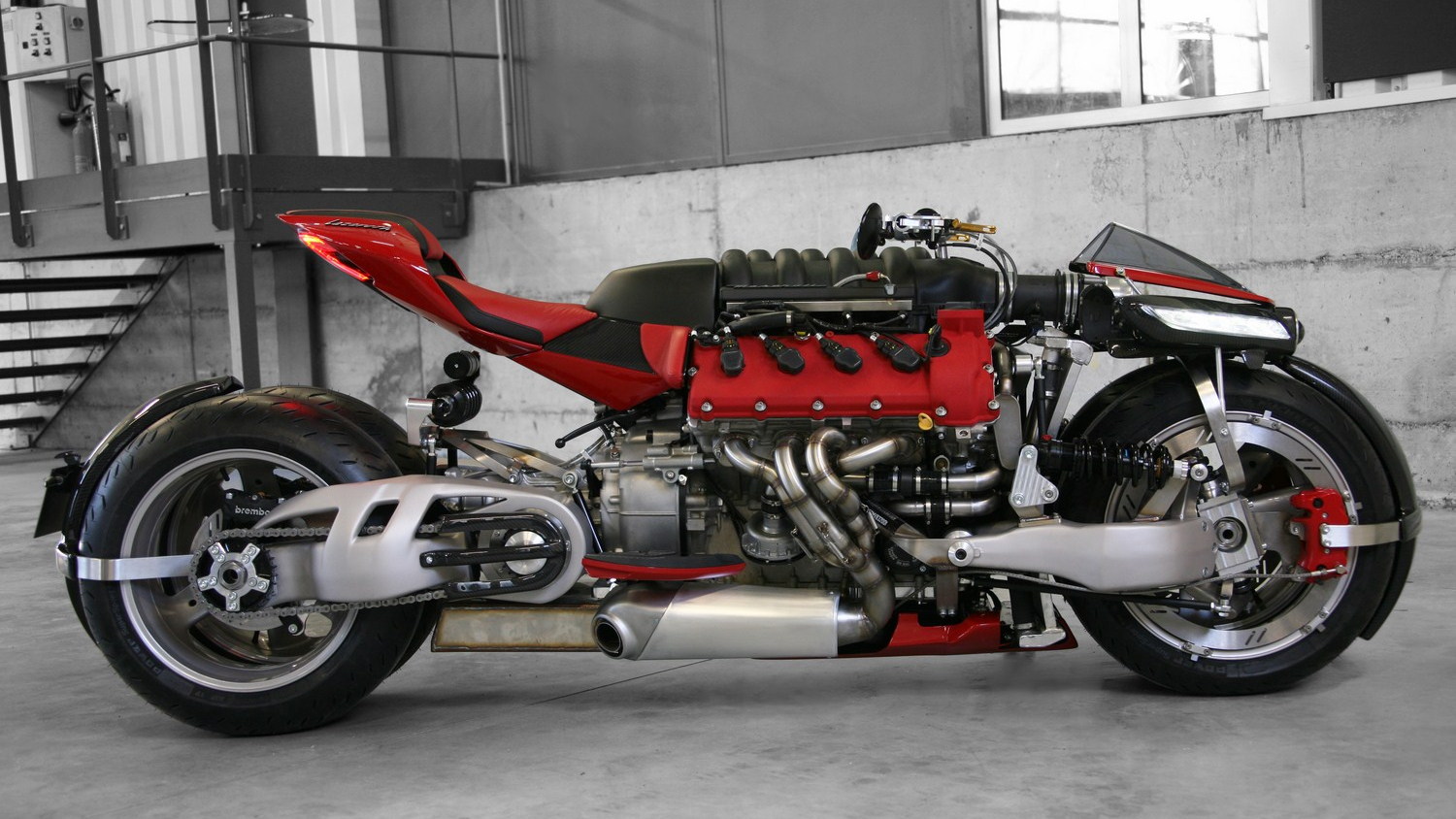 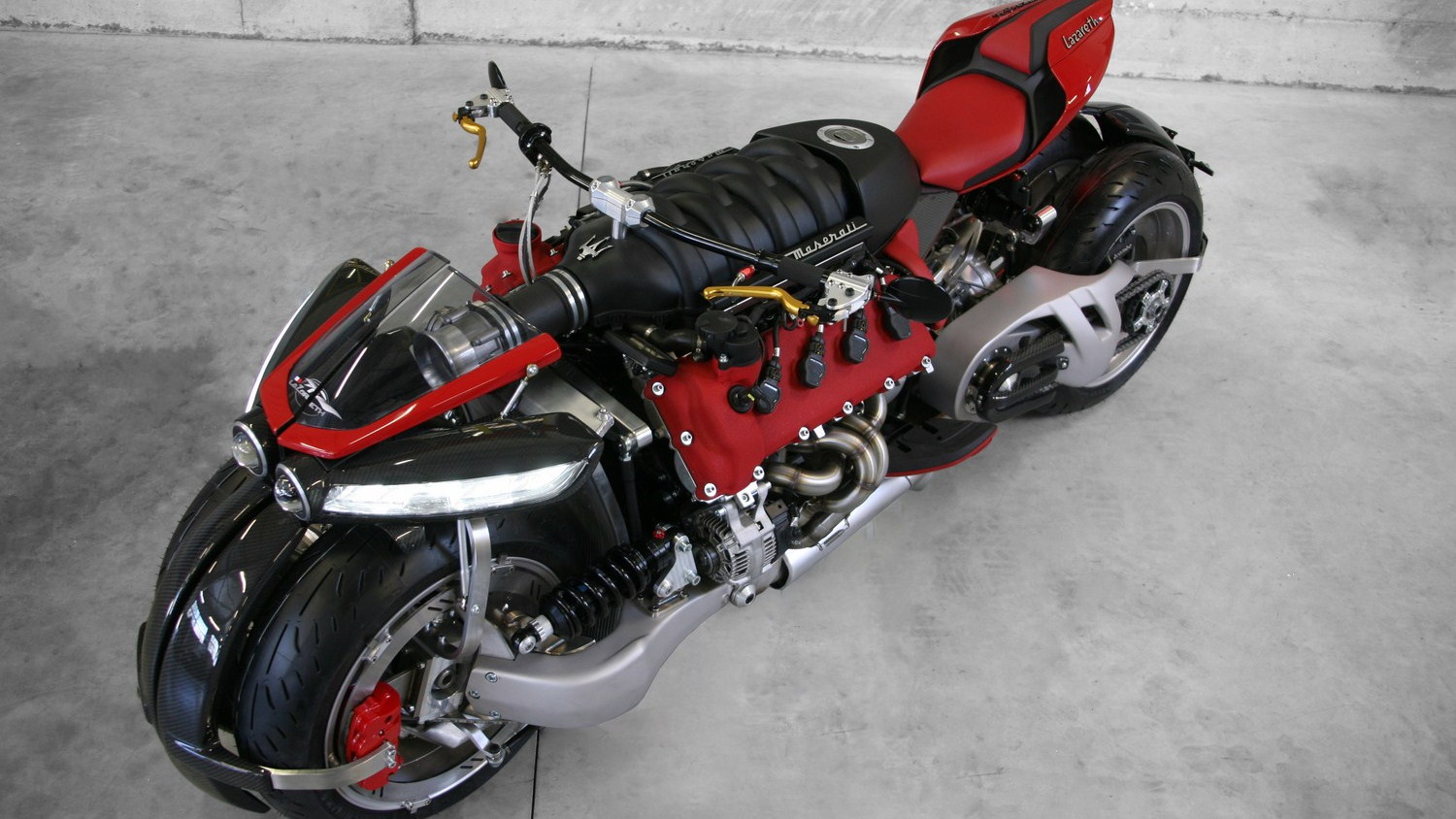 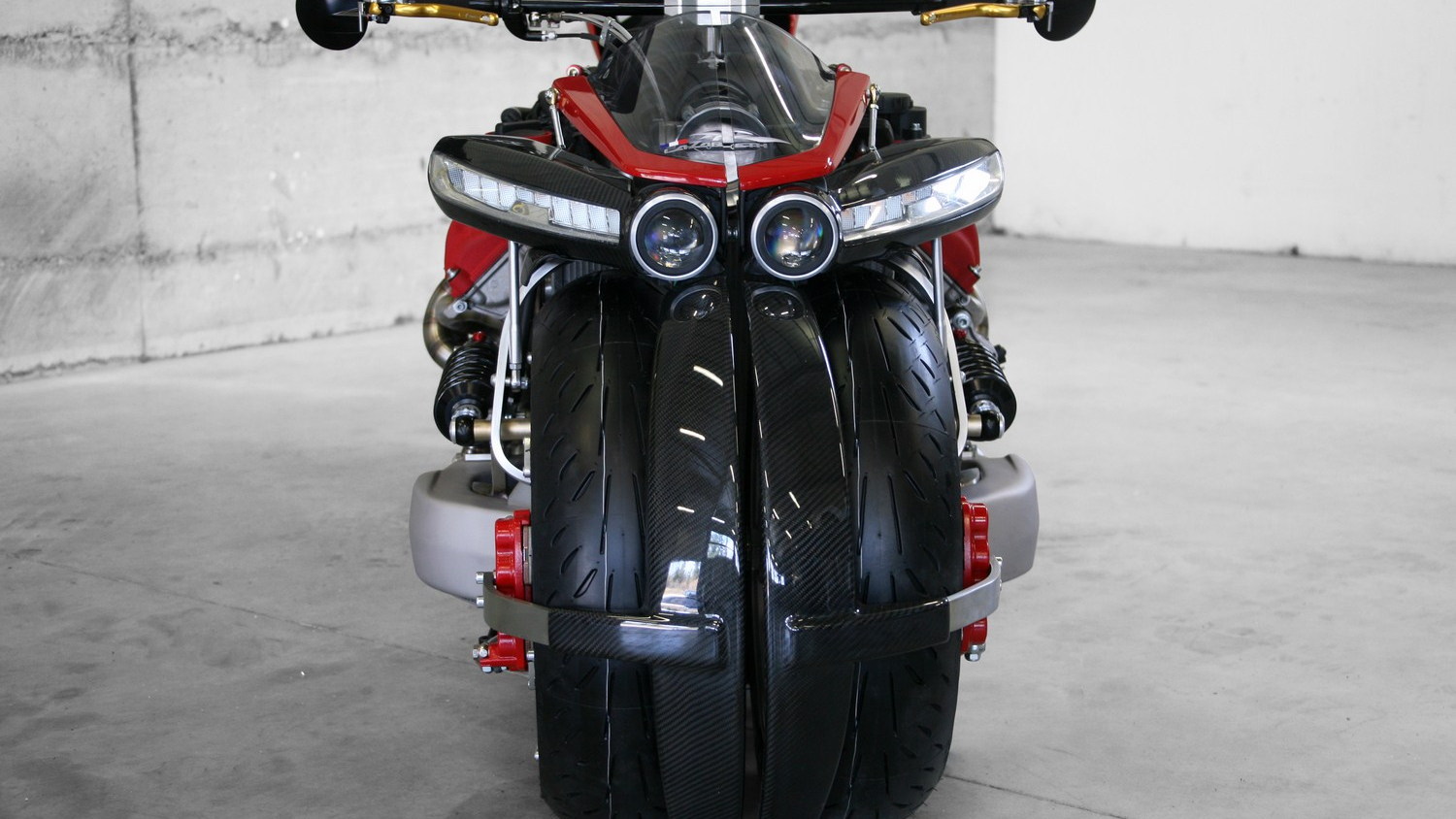 Remember that Viper V-10-powered Dodge Tomahawk concept from 2003? That mean machine was a non-street-legal concept of which nine were built. They were sold as replicas through the always bonkers Neiman Marcus catalog and the asking price was a cool $550,000.

If you feel like you missed out on that over-engined quad-tired goodness, well we have something special to share with you.

Say hello to the Lazareth LM847.

You're looking at a behemoth of a bike that gets its power from a Maserati-sourced V-8 engine. The power output is rated at 470 horsepower and 457 lb-ft of torque, and it sends that power through a single speed hydraulic coupler out to both rear wheels via a pair of chains. (Two Chains!)

Each of the rear trailing arms moves around the rear transmission so the bike can lean in corners and power delivery remains uninterrupted as it does so. A specially designed suspension front and rear ensures the bike can be ridden in the traditional two-wheeled manner. A long wheelbase and combined grip of all four tires certainly help the 882-lb bike make traction.

We don't know what it costs, but we hope it's considerably less than the $550,000 that folks had to shell out for those not-for-the-street Tomahawks. Still, don't expect one of these to pop into your local Cars and Coffee anytime soon.