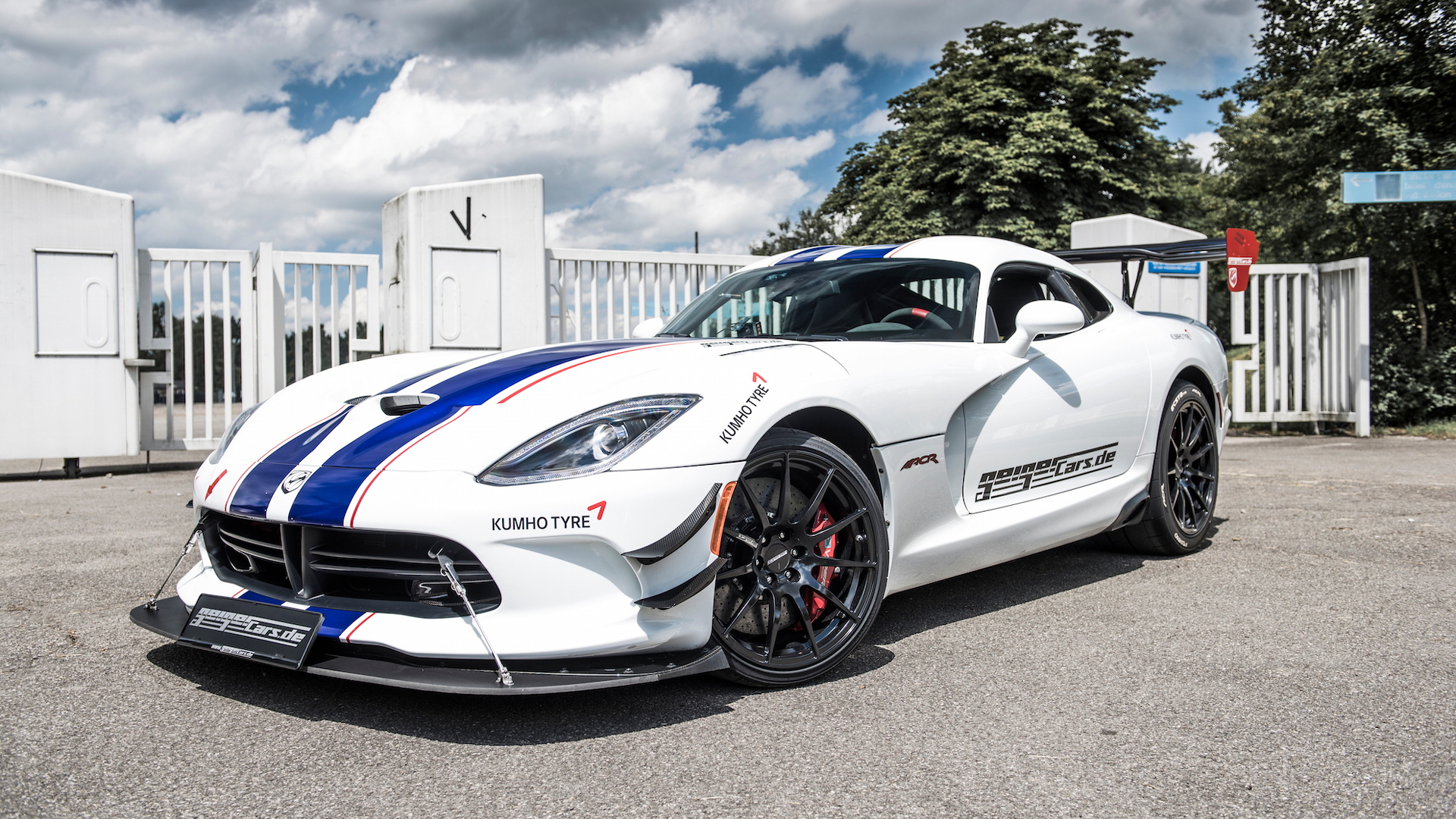 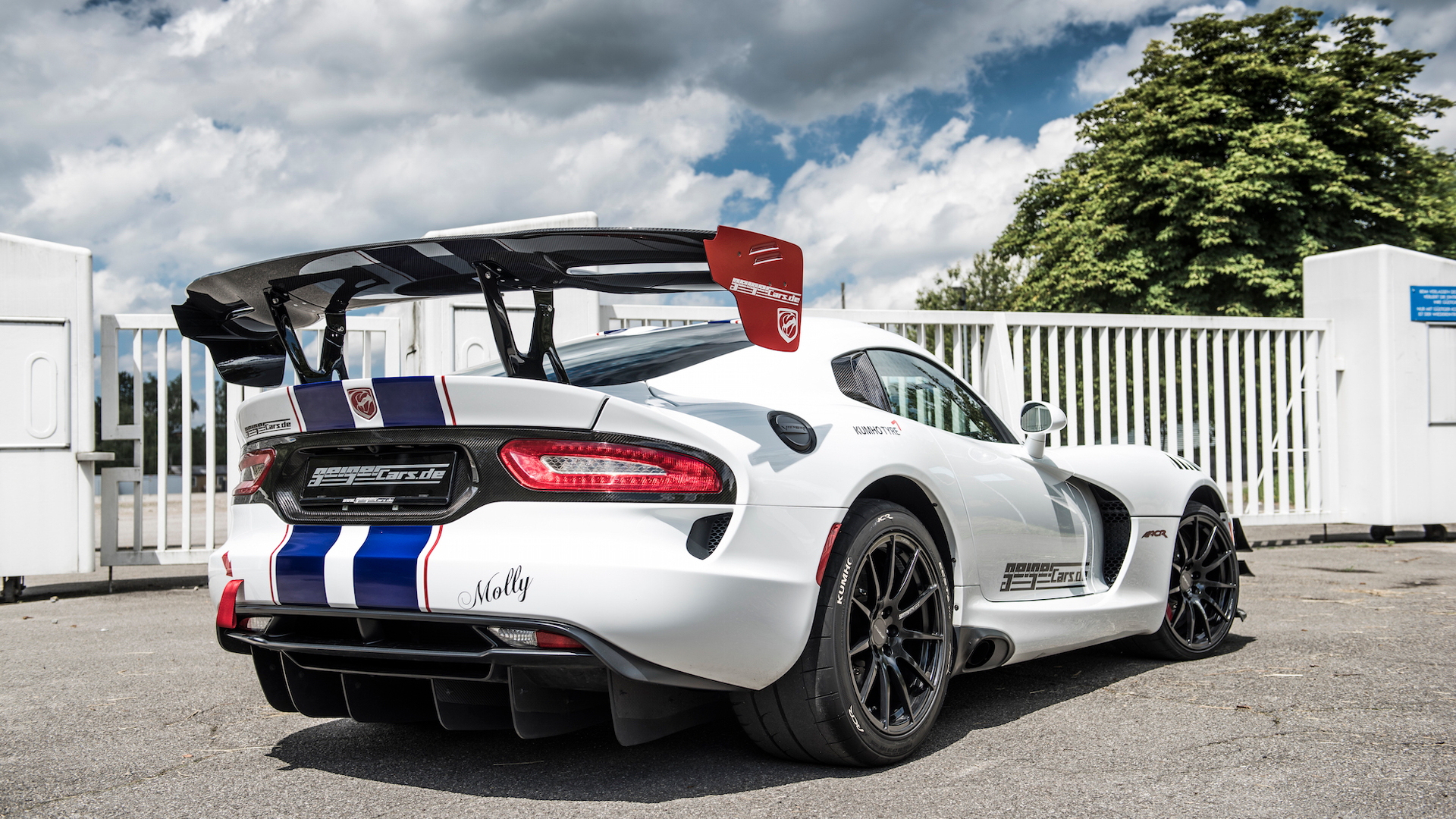 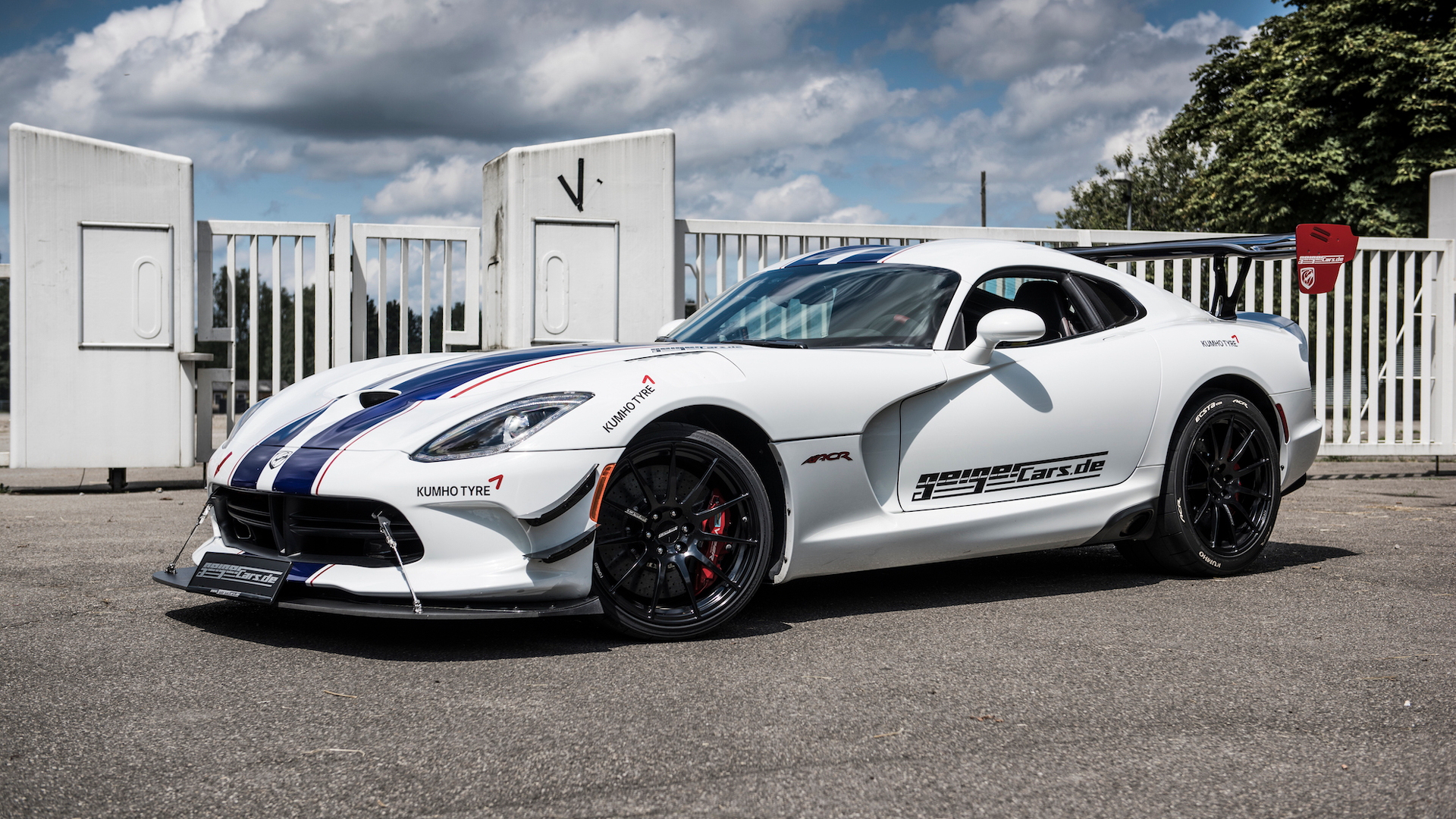 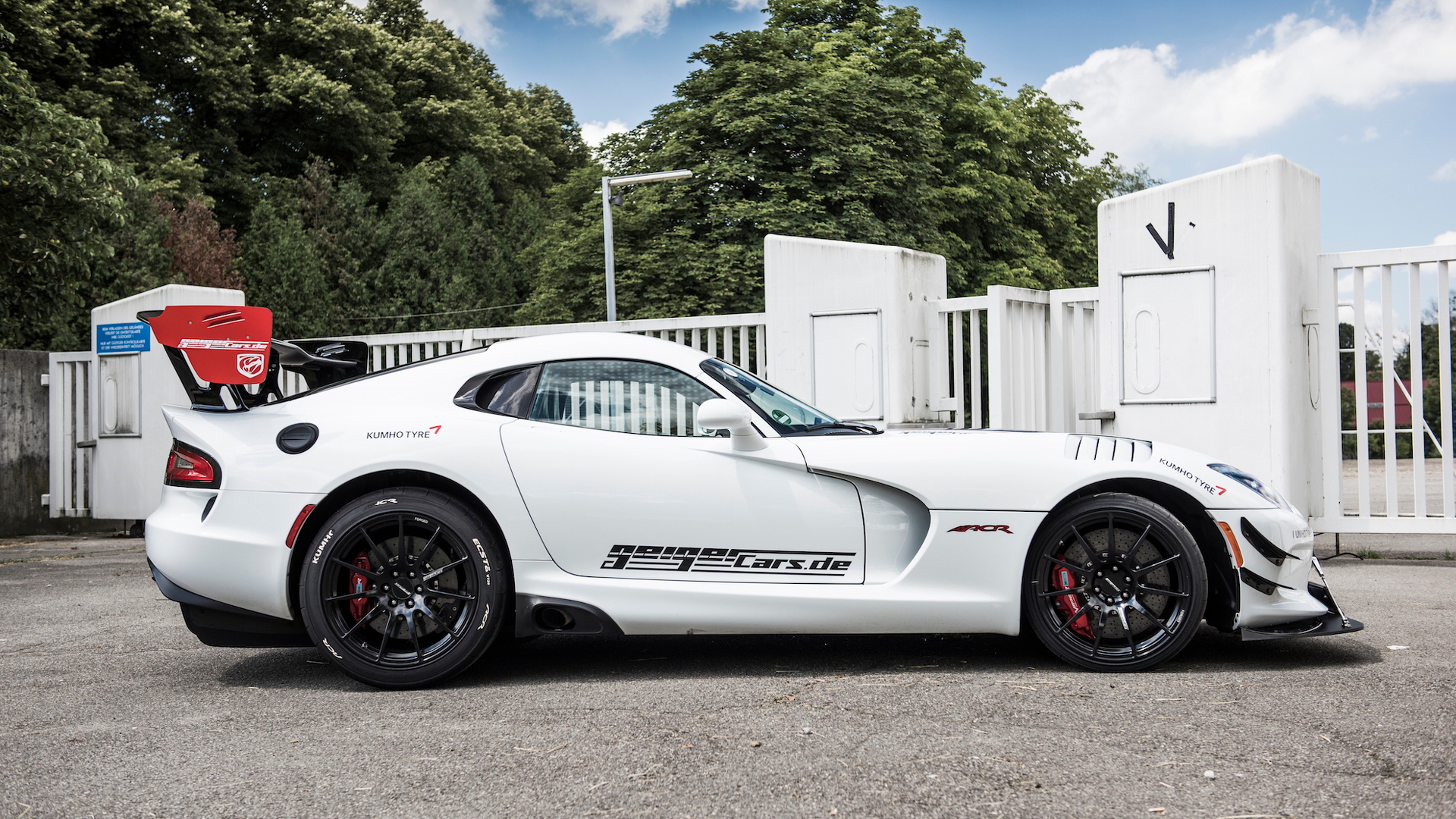 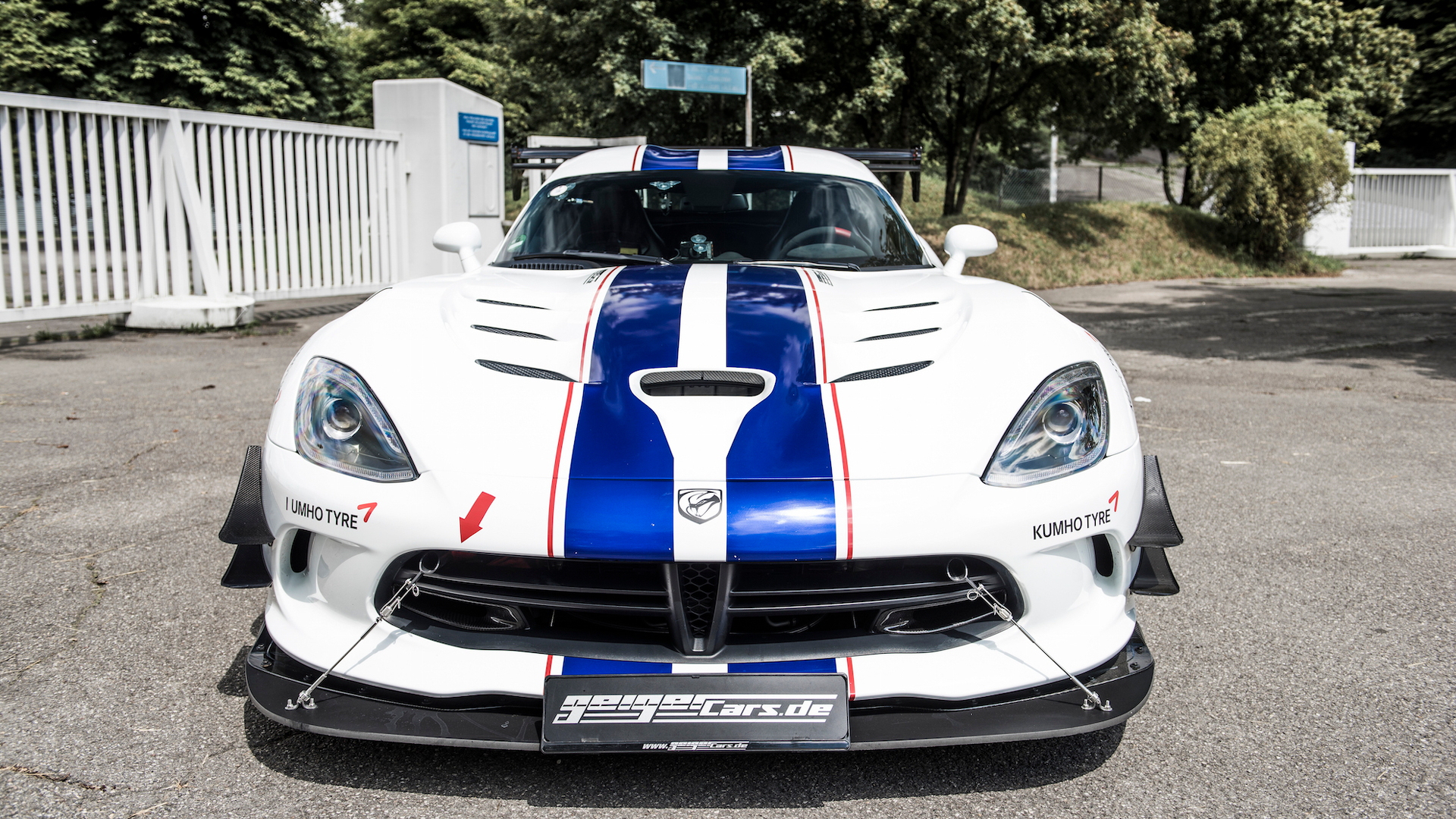 What the Dodge Viper ACR—certainly one of the most raw sports cars ever built—didn't need was more power. Wait, are we really saying that? Of course it needed more power.

And the crew over at GeigerCars led by legendary German tuner Karl Geiger agreed, working over the Viper's big V-10 engine and tuning things from 645 to 765 horsepower. That 120 ponies came courtesy of a bunch of underhood upgrades, but not forced induction. Uprated intake valves, hydraulic lifters, a higher lift camshaft, beefed-up pushrods, headers, and a freer-flowing stainless steel exhaust with new catalytic converters are responsible for the 120 horsepower upgrade. Oh, and GeigerCars also retuned the sports car's computer to cope with its newfound power increase.

For the most part, that's some old-fashioned engineering—something that certainly seems appropriate under the Viper's long hood.

A new, carbon fiber front splitter with "dive flaps" grafted onto the front bumper and a revised rear diffuser should do their best to keep the most wicked Viper we've seen in a long time on the pavement. A standard Viper ACR makes full use of its enormous rear spoiler's added downforce (while, we might add, still trying to fling its driver off of the race track). Adding another 120 horsepower should finally make this track day hot rod into a true bucking bronco.

GeigerCars says the package adds about $46,000 to an existing Viper ACR—or it will do the work of sourcing one for you and installing all of its upgrades for a cool $248,000. You'd better act fast since the Viper's last year on the market will be 2017.