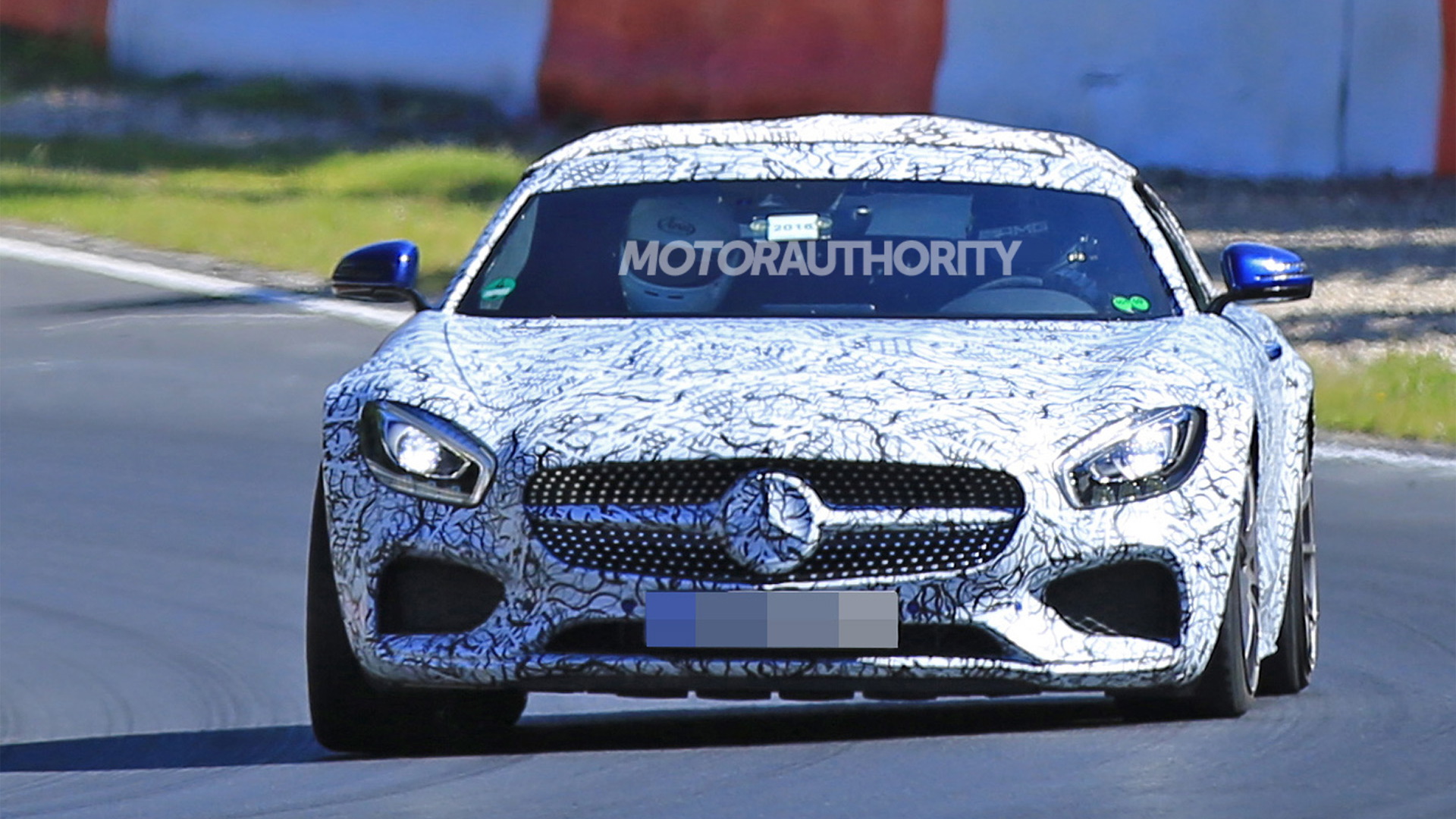 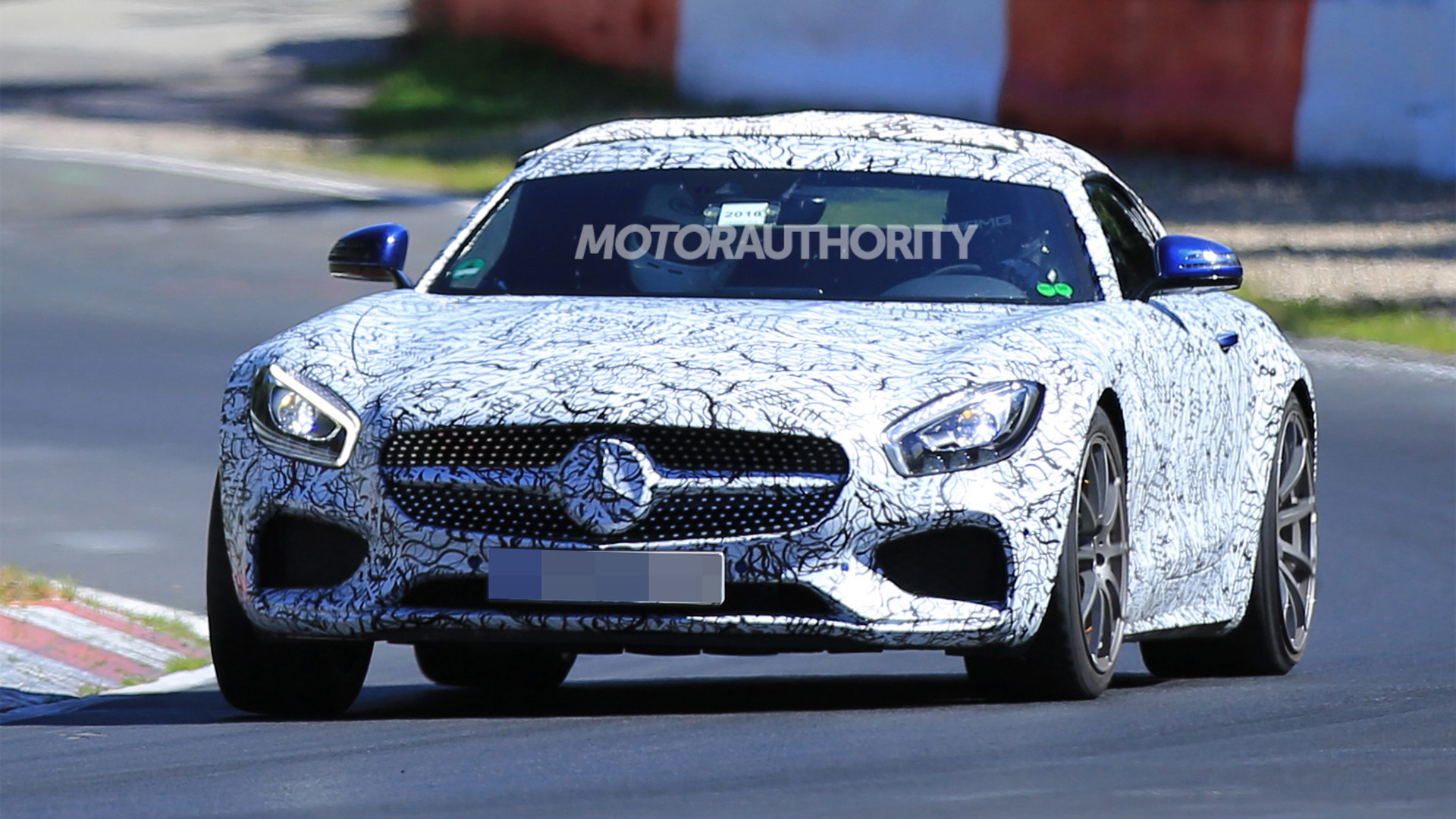 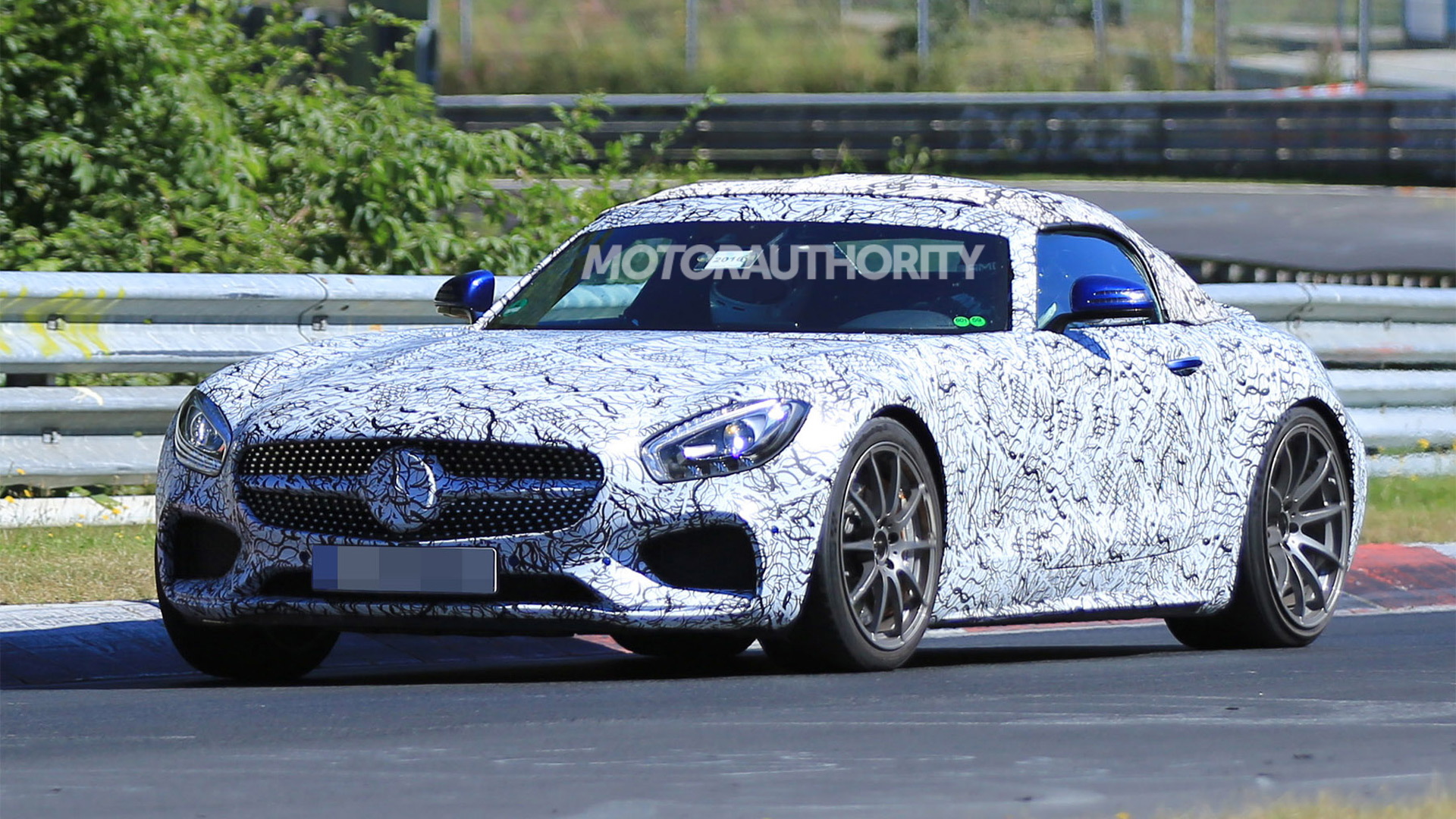 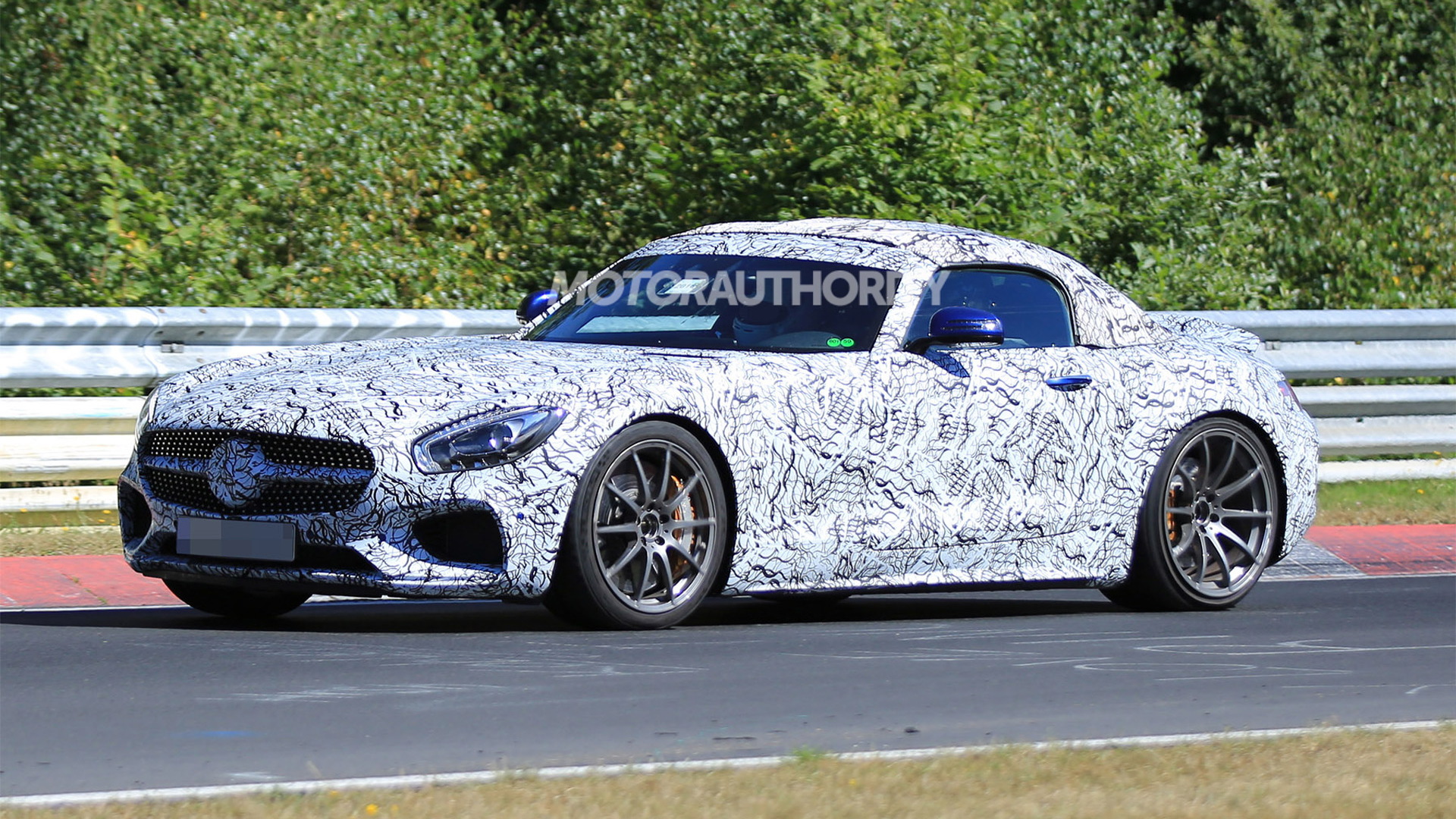 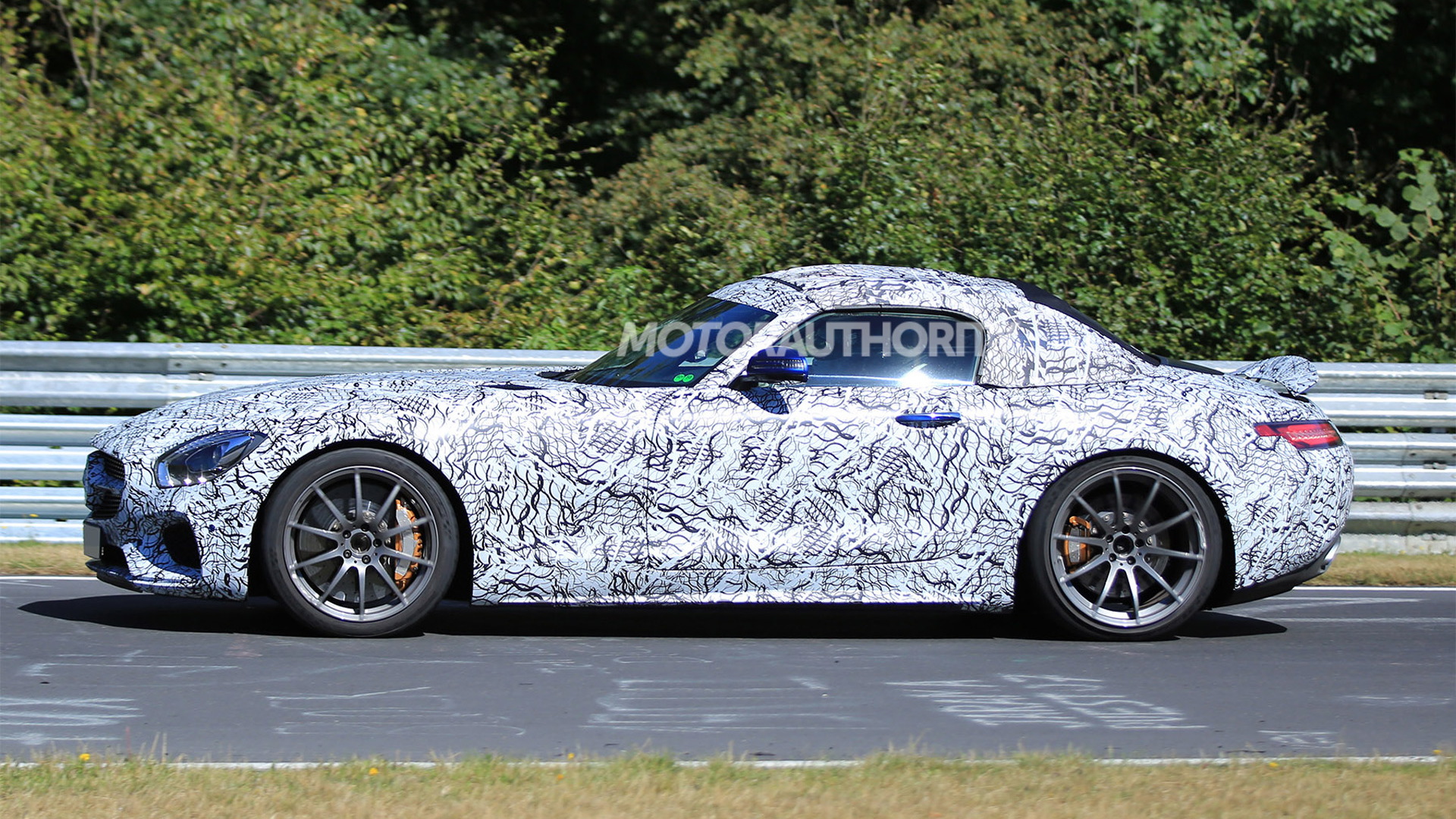 It was in July that Mercedes-Benz confirmed plans for a convertible version of the GT sports car developed by the Mercedes-AMG skunk works, and within days of the confirmation prototypes for the car turned up. We now have more spy shots, this time showing a prototype on the Nürburgring.

The heavily disguised prototype may look like a regular GT but if you look closely you’ll notice a fabric top. You’ll also notice the profile has also been altered, with the fastback look of the coupe replaced by a more bubble-like greenhouse for the convertible.

Mercedes has confirmed the car will be called the GT Roadster. Interestingly, the initial version will be called the GT C Roadster. It’s not clear what the “C” stands for but it’s unlikely to be for convertible or cabriolet as a GT C Coupe has also been confirmed. Instead it may stand for Clubsport or something similar, a new trim level perhaps between the GT S (Sport) and GT R (Race) in AMG’s GT sports car hierarchy.

Apart from the new roof, the GT C Roadster should be pretty much identical to existing variants of the GT. A twin-turbocharged 4.0-liter V-8 will sit up front and power the rear wheels via a 7-speed dual-clutch transaxle.

If the GT C Roadster does sit between the GT S and GT R models, we could see some of the upgrades of the latter, such as the uprated suspension and rear-wheel steering, benefit it. Eventually, there should be convertible versions of the regular GT and GT S models as well.

We should know more soon as the GT C Roadster has been confirmed for launch in early 2017. The GT C Coupe will arrive towards the end of 2017. Both cars should arrive as 2018 models. Pricing should start slightly higher than the $132,125 starting price of the GT S.