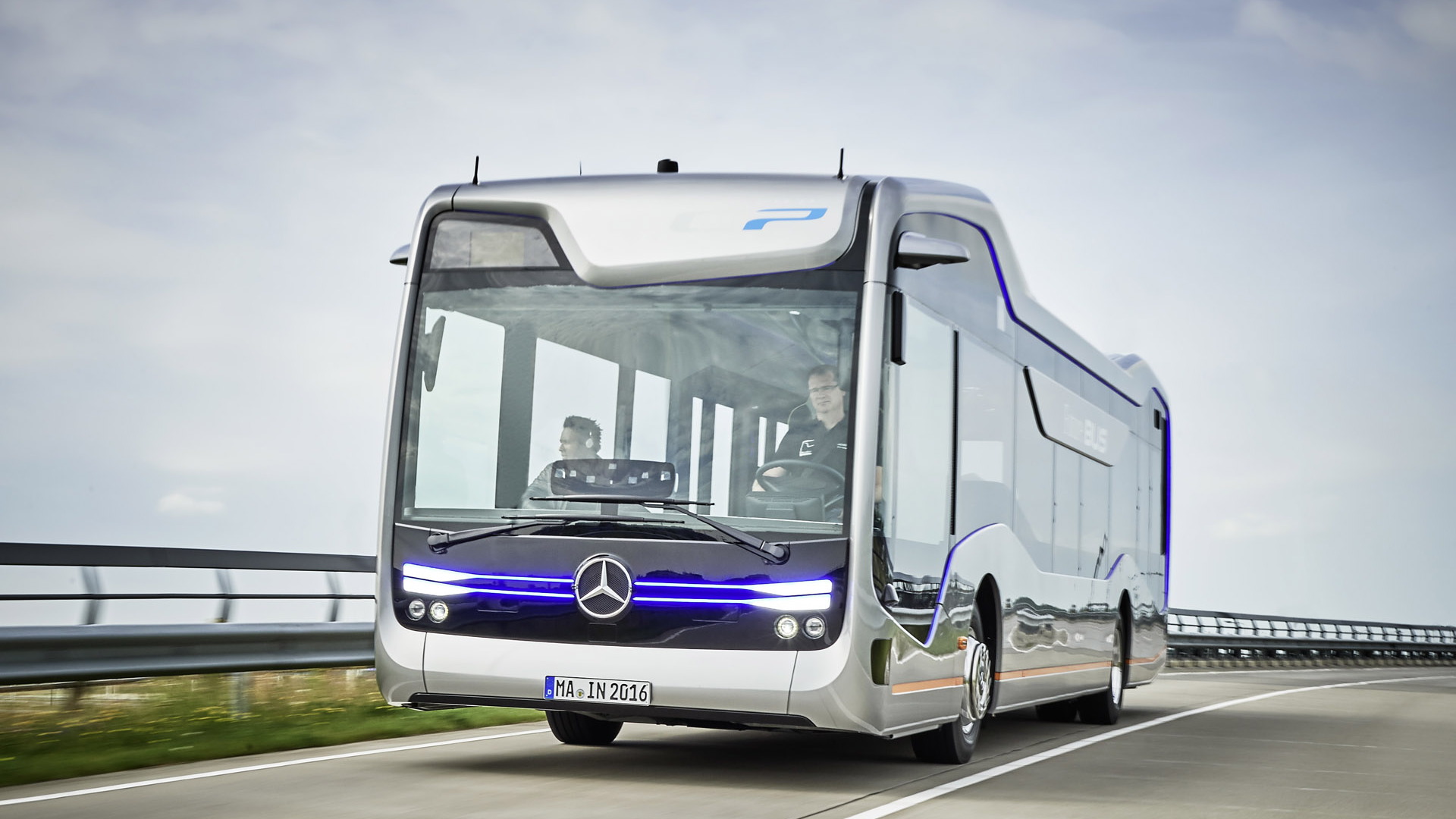 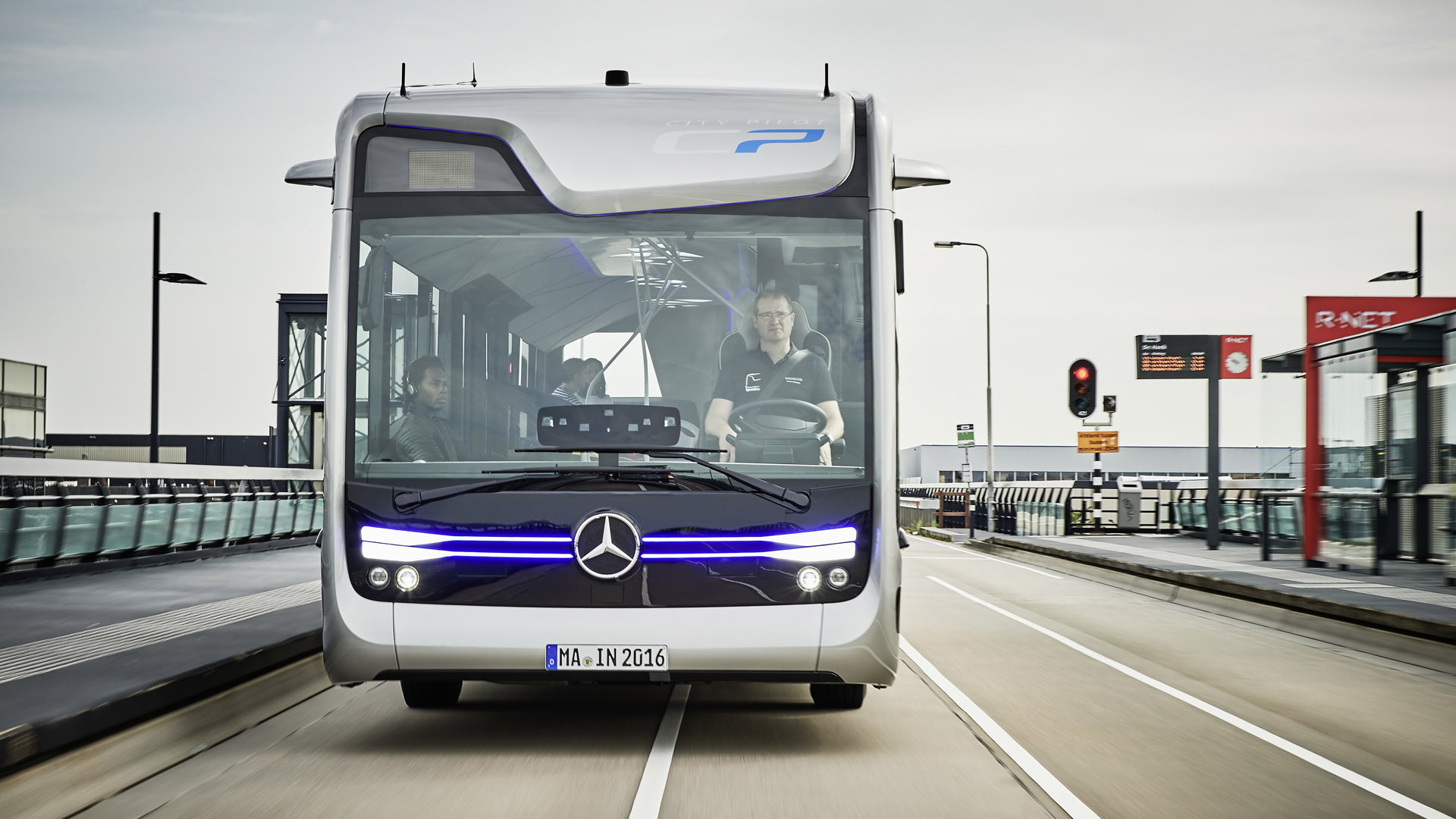 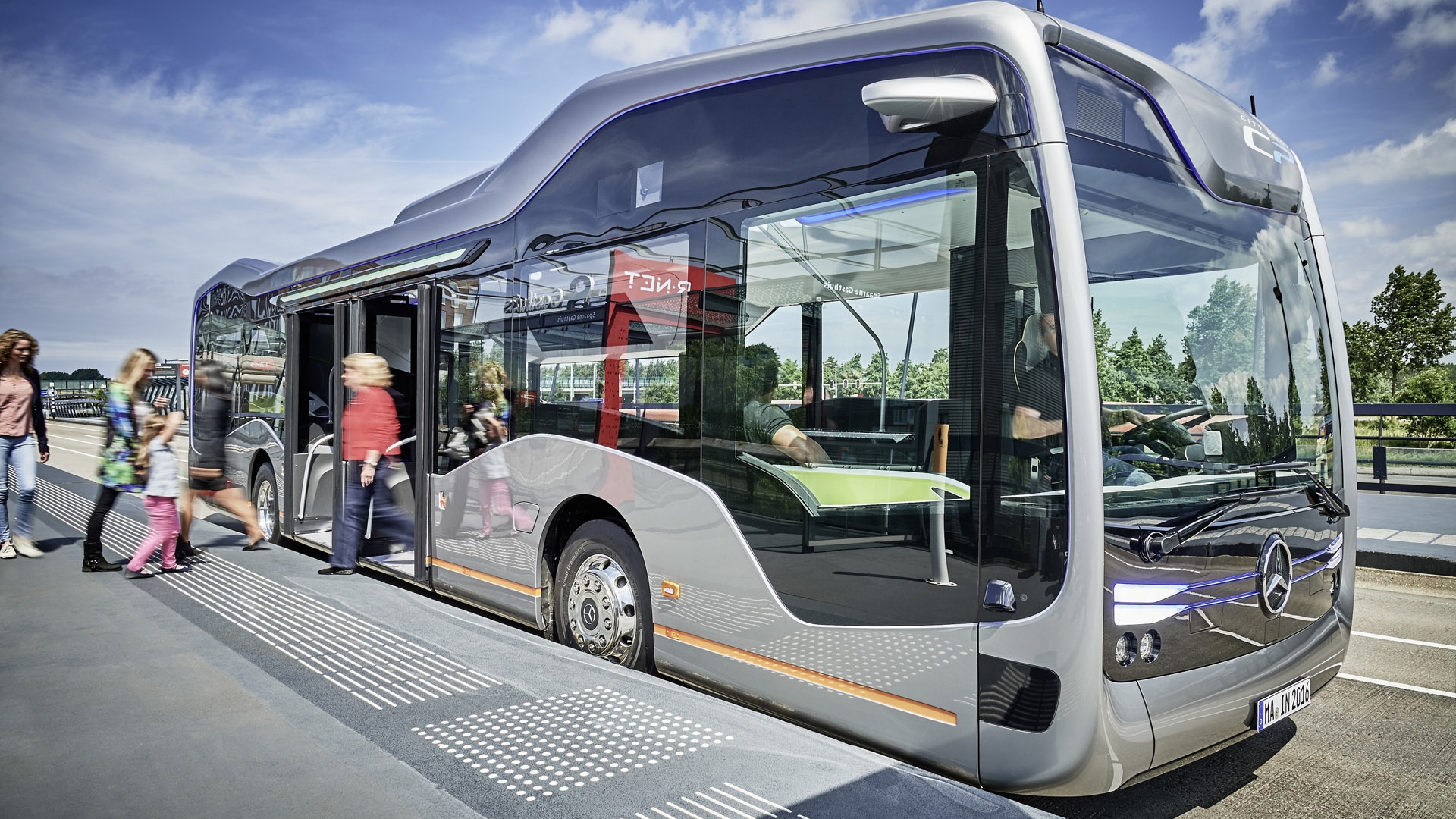 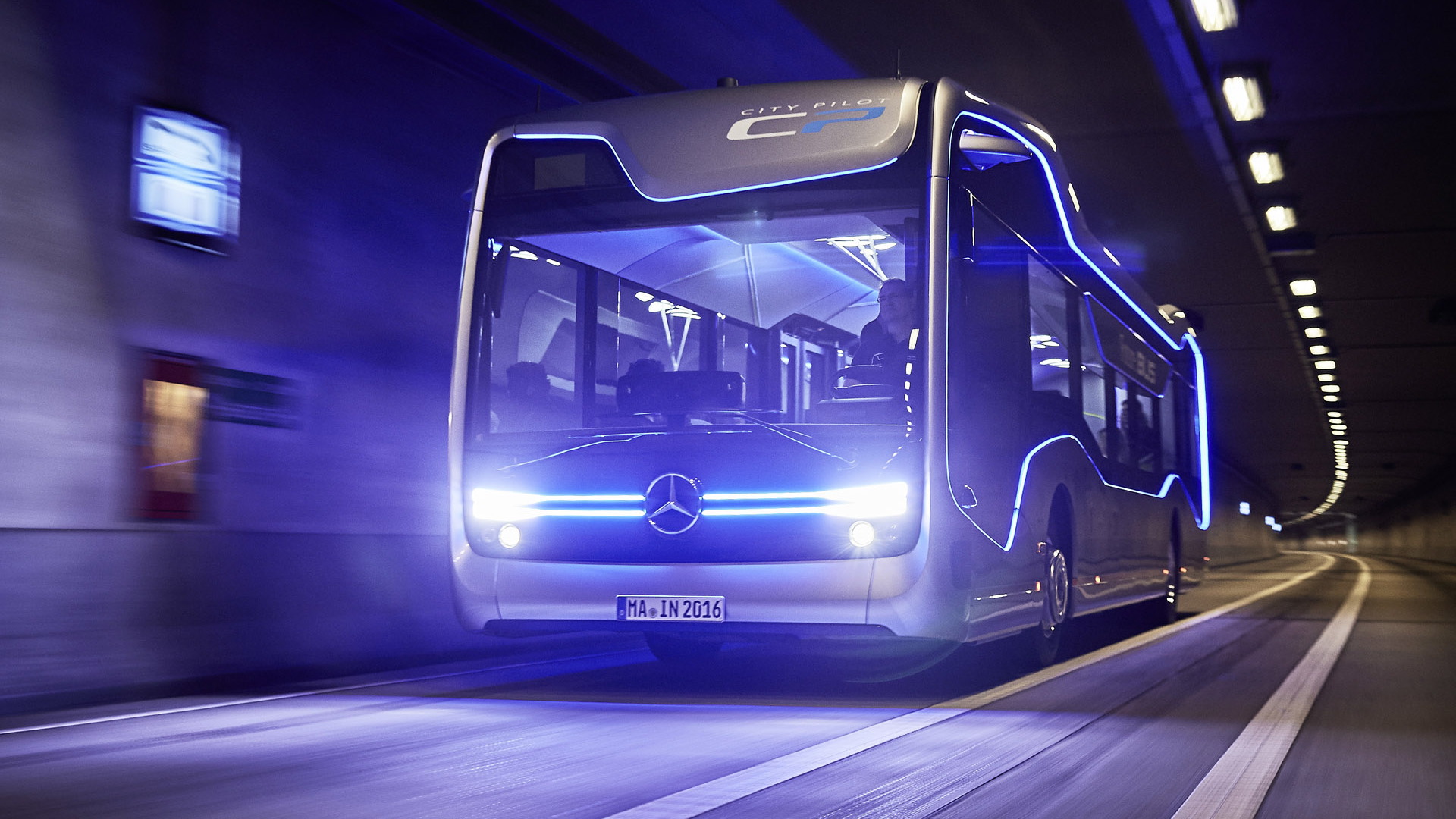 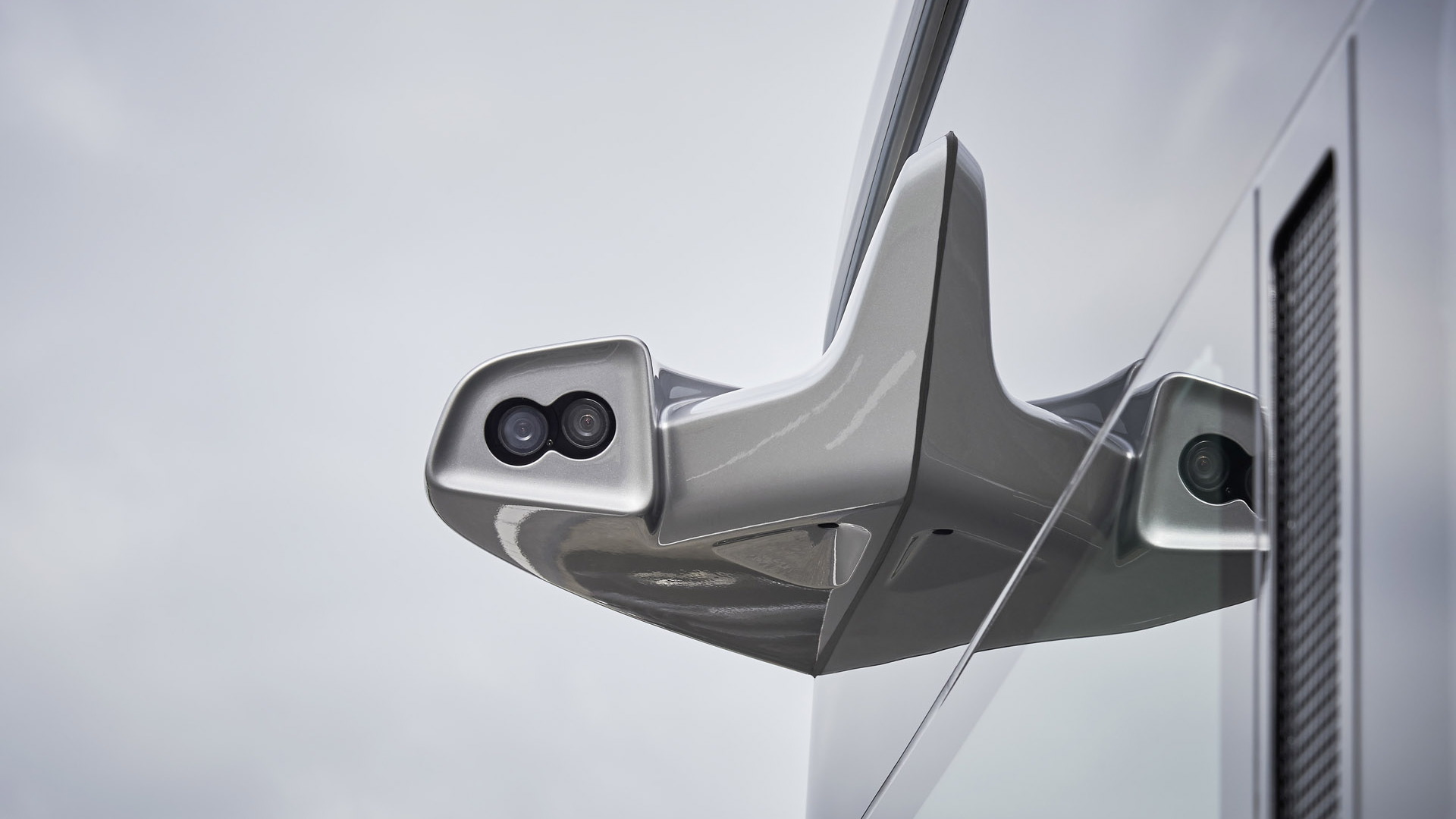 Mercedes-Benz is working to bring autonomous technology to not only cars but virtually all forms of road transport.

One of the most logical areas to introduce the technology is public transport, where vehicles tend to travel at slower speeds and along set routes.

Mercedes on Monday gave a taste of what’s possible with its almost fully autonomous Future Bus concept, which was demonstrated in Amsterdam, the Netherlands and successfully completed a 12-mile journey without any driver involvement. The journey included numerous bends and passes through tunnels and across intersections with traffic lights.

The concept’s self-driving technology is called CityPilot and is based on the Highway Pilot Connect technology Mercedes is developing for autonomous trucks. The technology, which has been enhanced to handle urban environments, relies on numerous monitoring systems as well as detailed map data, GPS tracking and vehicle-to-object (V2X) communication.

“We showed nearly two years ago with our Highway Pilot, autonomous driving will make long-distance truck transport safer and more efficient,” Wolfgang Bernhard, head of trucks and buses at Mercedes, said in a statement. “We are now putting that technology into our city buses.”

CityPilot is able to recognize traffic lights, communicate with them and safely negotiate intersections controlled by them. It can also recognize obstacles, especially pedestrians on the road, and brake autonomously. It approaches bus stops automatically, where it opens and closes its doors.

The benefits, Mercedes says, are improved safety, efficiency and comfort. It also relieves the driver’s workloads, as repeated, mundane tasks such as pulling up to the curb can be handled autonomously. Where the driver is still required are more complex intersections where there is oncoming traffic. The driver can also intervene at any time and immediately take control if required.

Mercedes hasn’t said when the technology demonstrated in the Future Bus concept will be available but other firms are more progressive. IBM and Local Motors have already presented a fully autonomous bus that the firms say is ready to be commercialized.