Fiat Chrysler Automobiles [NYSE:FCAU] in its five-year strategy announcement made in May 2014 stated that a new Dodge Charger would be launched in 2018.

Reports last year claimed the new Charger’s launch had been pushed back to 2019 or perhaps even later.

Now we’re hearing that a new Charger won’t arrive until early in the next decade. 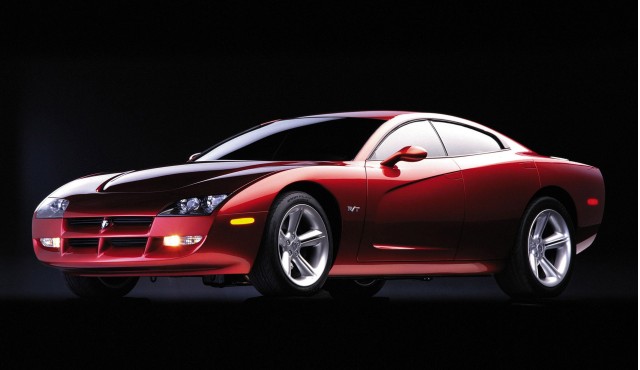 As for the next Charger, it’s expected to benefit from a stretched version of the rear-wheel-drive Giorgio platform that debuted in the 2017 Alfa Romeo Giulia. Engineers are said to be focused on getting the weight of the new Charger down to about 3,500 pounds, a saving of almost 500 lb over the current Charger.

With less weight to carry, FCA will be able to offer the car with smaller engines including 4-cylinder units. One of the engines will likely be a new turbocharged 2.0-liter 4-cylinder with around 300 horsepower on tap. This engine is thought to be making its debut in the 2018 Jeep Wrangler.

As for styling, a more coupe-like profile similar to that featured on Dodge’s Charger R/T concept car from 1999 (shown above) is expected.

It’s not clear what will happen to the car’s Chrysler 300 sibling, though FCA CEO Sergio Marchionne recently hinted that the next-generation model might adopt the front-wheel-drive platform that debuted in the 2017 Chrysler Pacifica.