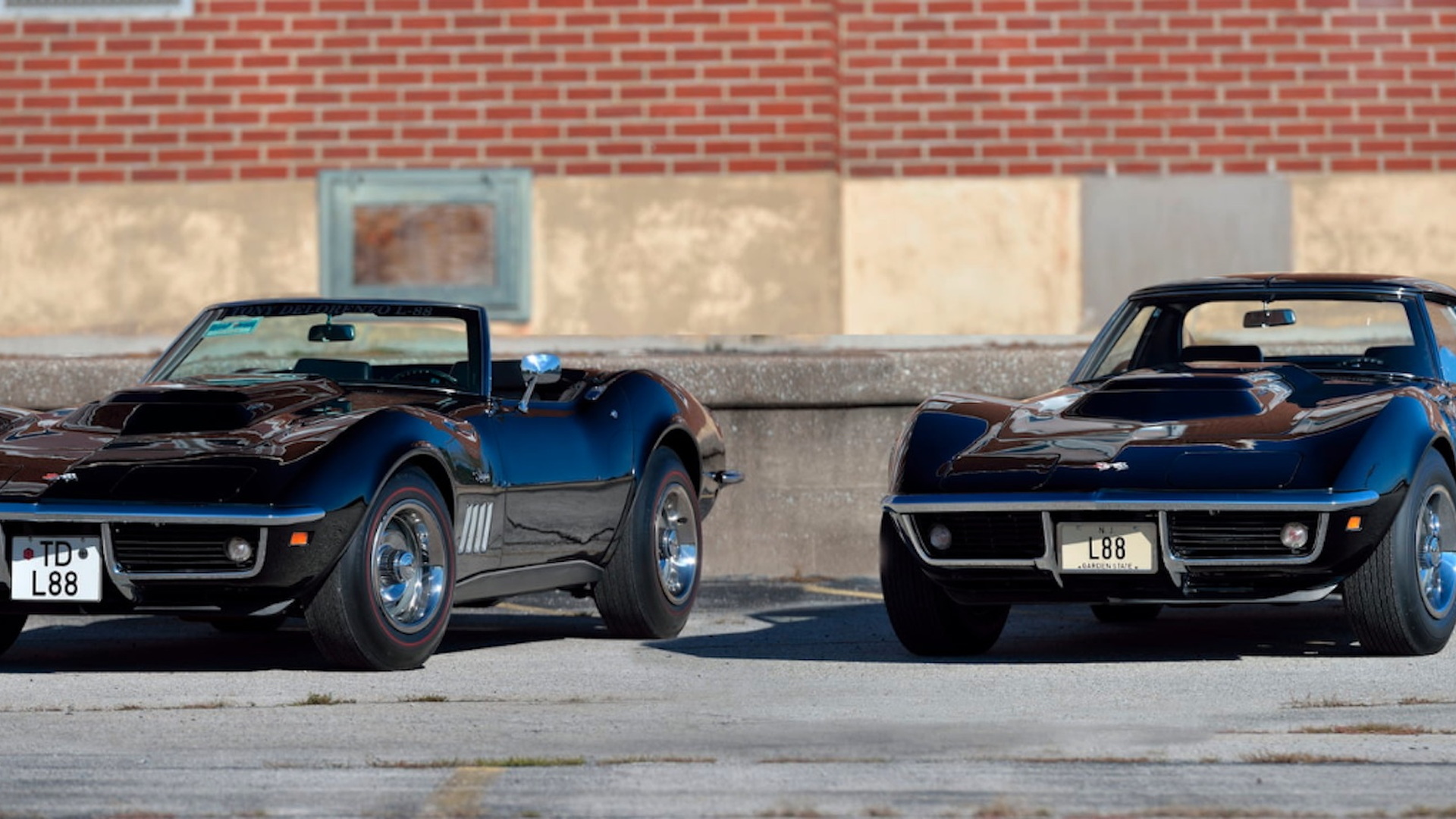 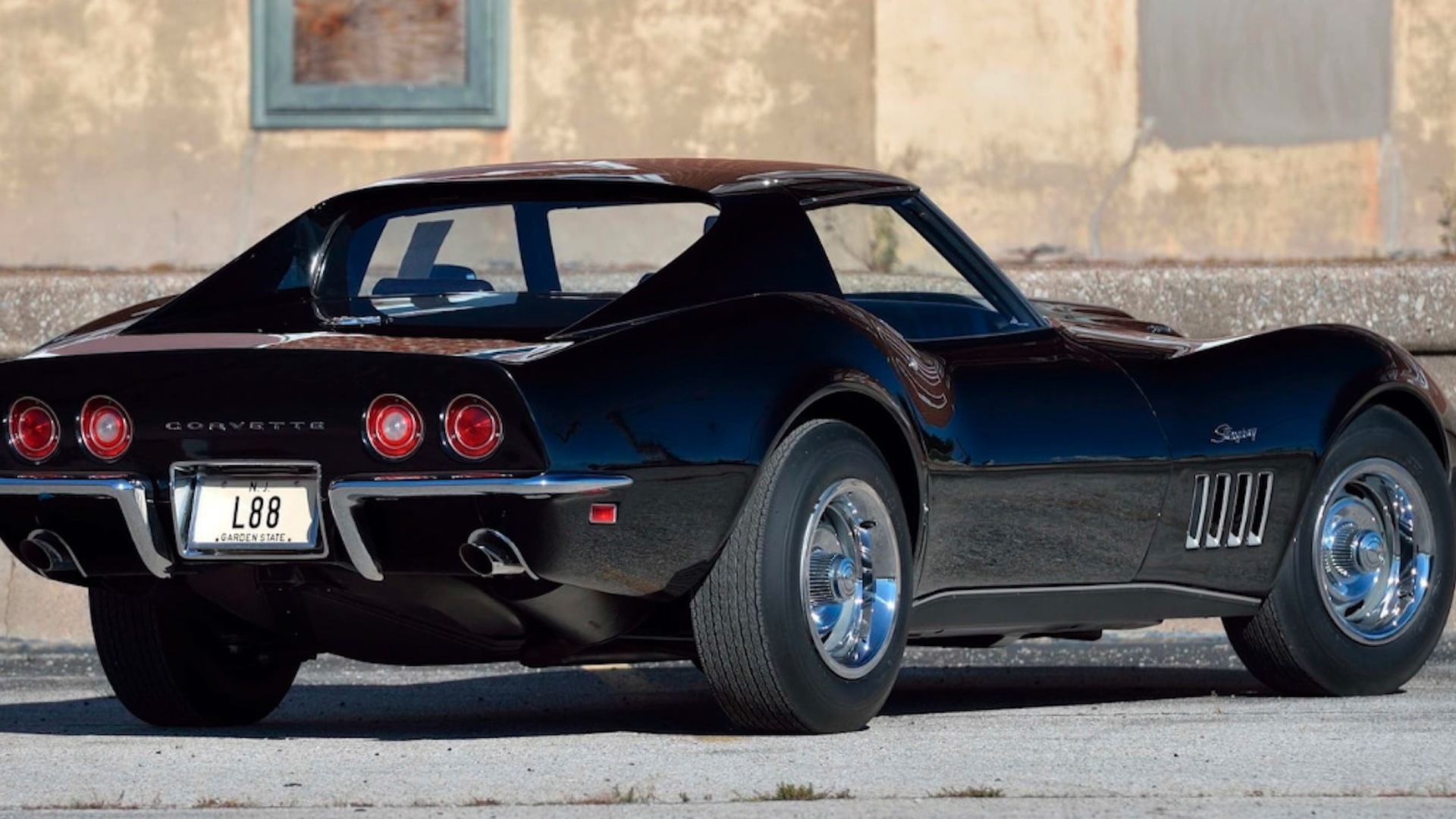 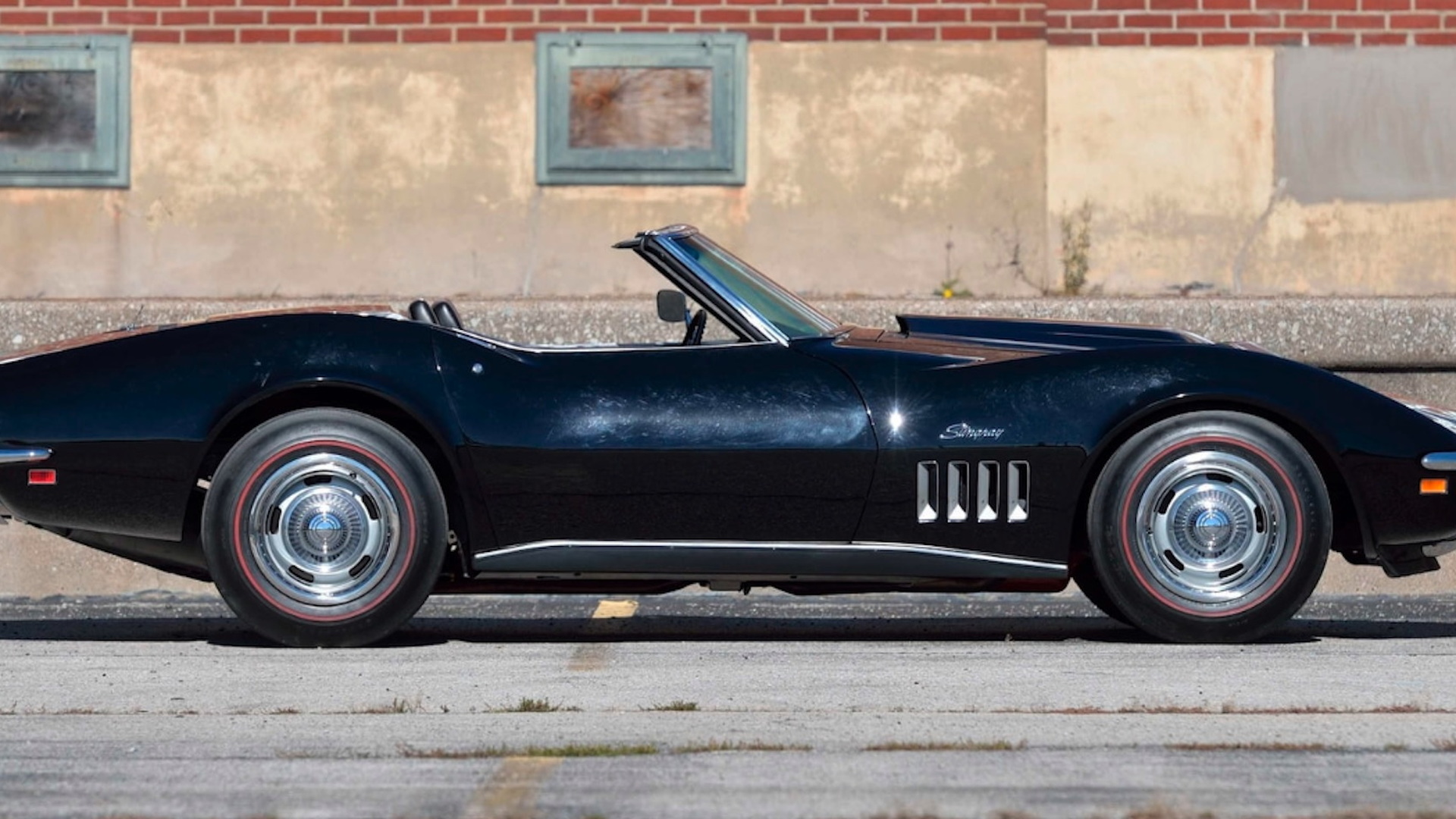 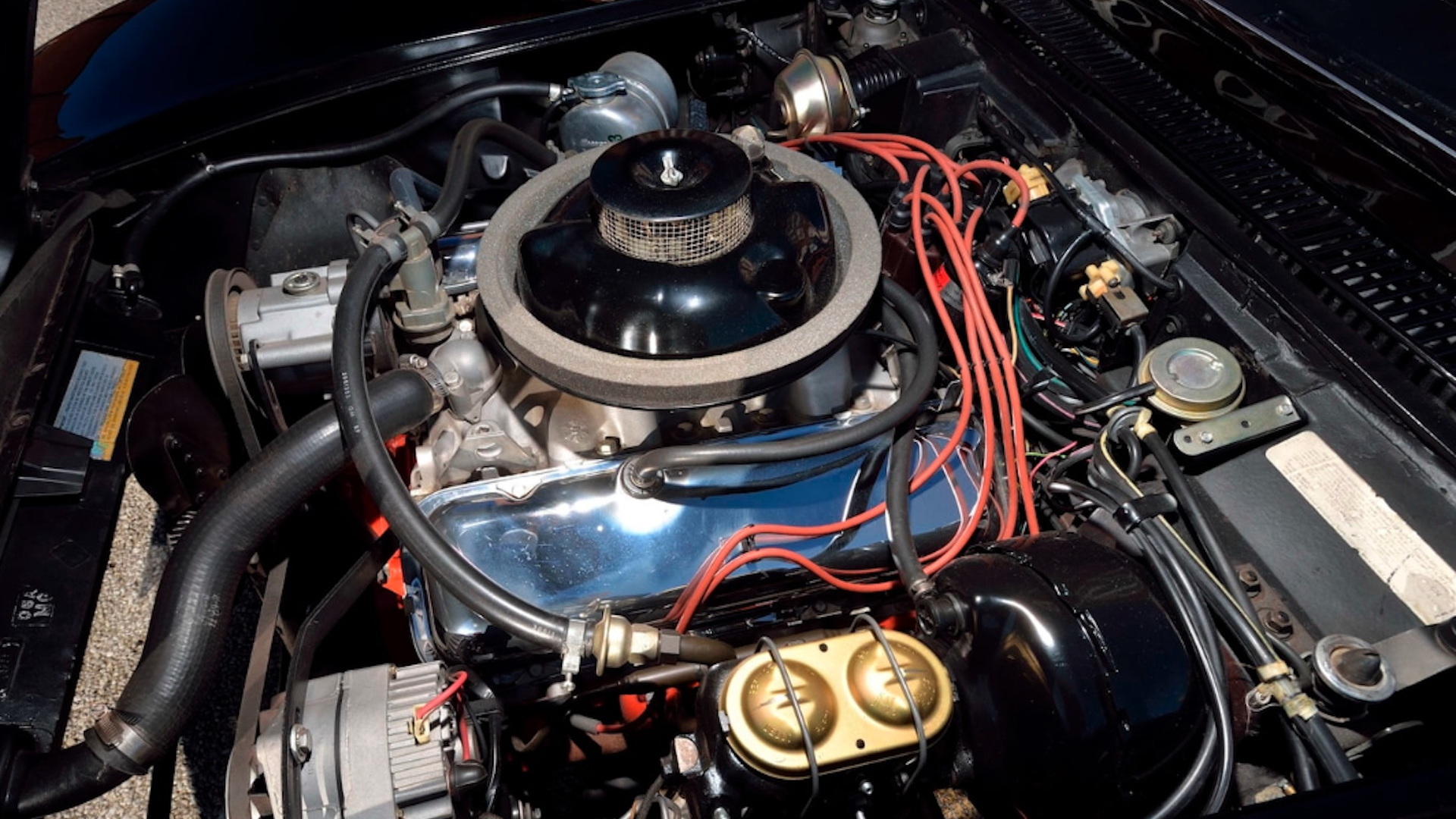 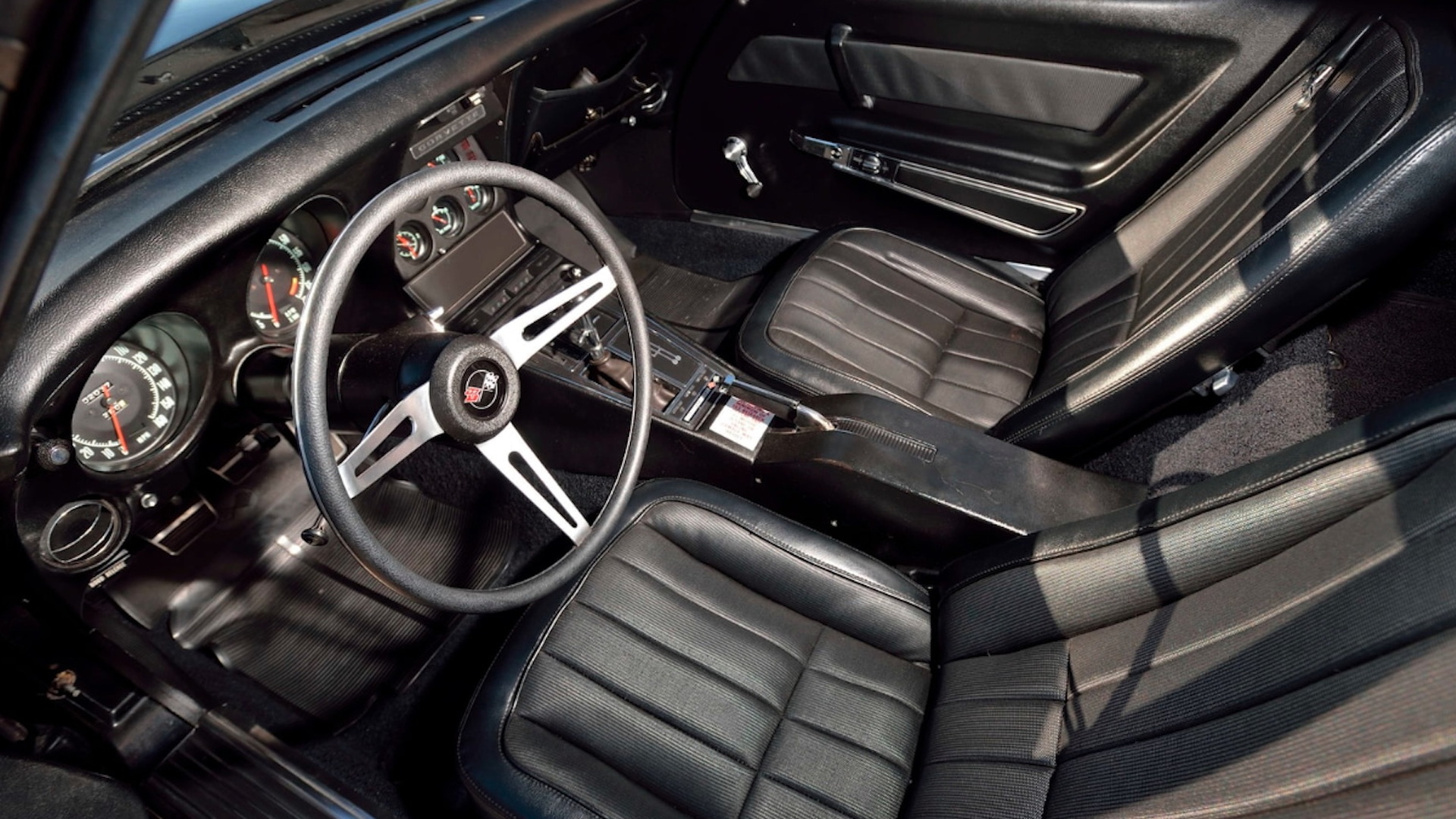 A 1969 Corvette coupe and a 1969 Corvette convertible, both fitted with the L88 big-block V-8 engine, will be sold as a pair at the auction. L88 Corvettes are incredibly rare. Only 216 were built between 1967 and 1969, and all were basically race cars disguised for road use. Zora-Arkus Duntov, the Corvette's founding father, created the package to outmaneuver General Motors' ban on motorsport activities at the time.

The 427-cubic-inch L88 V-8 was rated at 430 horsepower, though dyno tests showed the engine made well over 500 hp. The performance didn't stop at the engine, though, and both Corvettes feature a Muncie M22 4-speed manual transmission, 4.56:1 Positraction rear end, and many of the normal comforts have been deleted. There's no radio, power accessories, or air conditioning. The L88-powered Corvettes also famously didn't run a fan shroud, which pretty much ensured they'd overheat sitting in traffic on a hot day.

That made the cars rather unpopular. That, and the fact that the package added more than $1,000 to the Corvette's $4,420 base price and required 103 octane fuel.

The L88 Corvette coupe has just 2,000 miles on its odometer after it was stored away—literally—for decades. According to documentation, the original owner purchased the car and "put it away" without even a pre-delivery inspection. After a restoration in the early 2000s, the car has won multiple Bloomington Gold awards. It's finished in Tuxedo Black, which was a sought-after Corvette hue decades ago.

The convertible was originally purchased by Tony DeLorenzo, a prominent SCCA Corvette racer of the day. DeLorenzo drove the L88 Corvette daily. It's one of two convertibles that shares the black-over-black configuration that fortuitously matches the coupe. DeLorenzo outfitted the car to match his Owens Corning-sponsored race car, then sold it to a friend who raced it in Europe. The car eventually returned to the States and was restored by the same shop that worked on the coupe around the same time. It, too, has won multiple Bloomington Gold awards.

Corvette enthusiasts will need to pay up to buy this historic pair. Mecum estimates the pair will sell for more than $1.1 million, perhaps as much as $1.35 million. We'll know how much collectors are willing to spend when the L88 duo crosses the block in Kissimmee on Friday, Jan. 11.