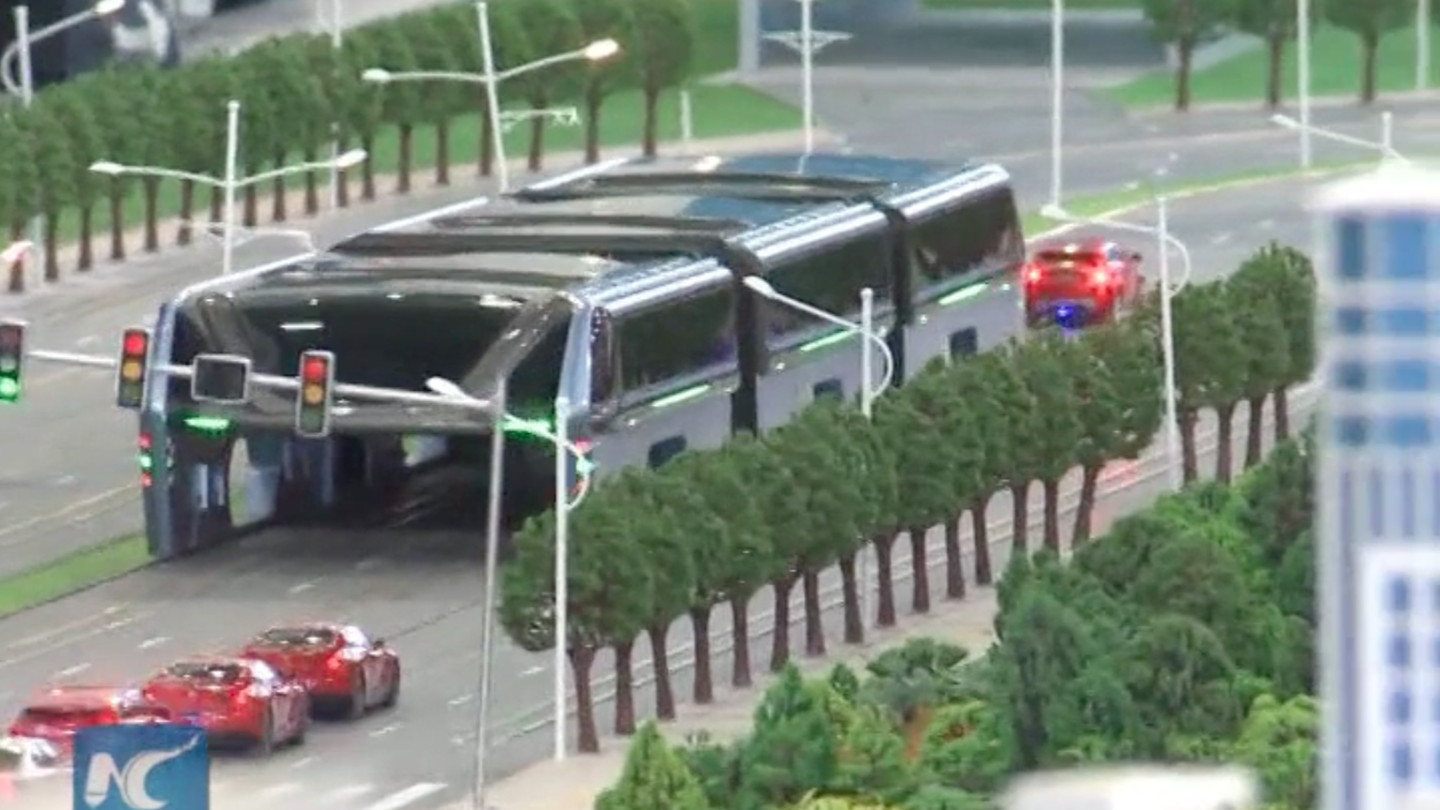 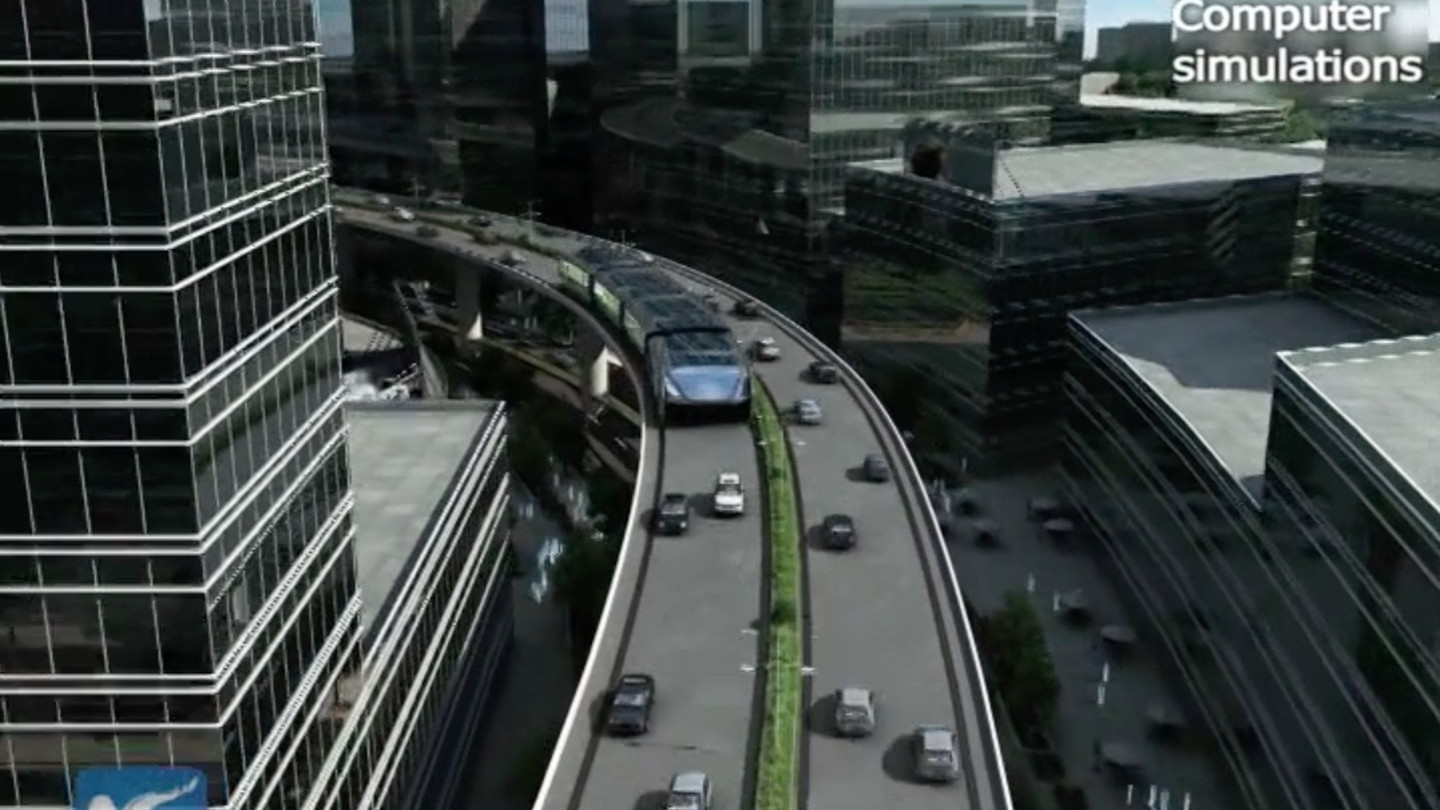 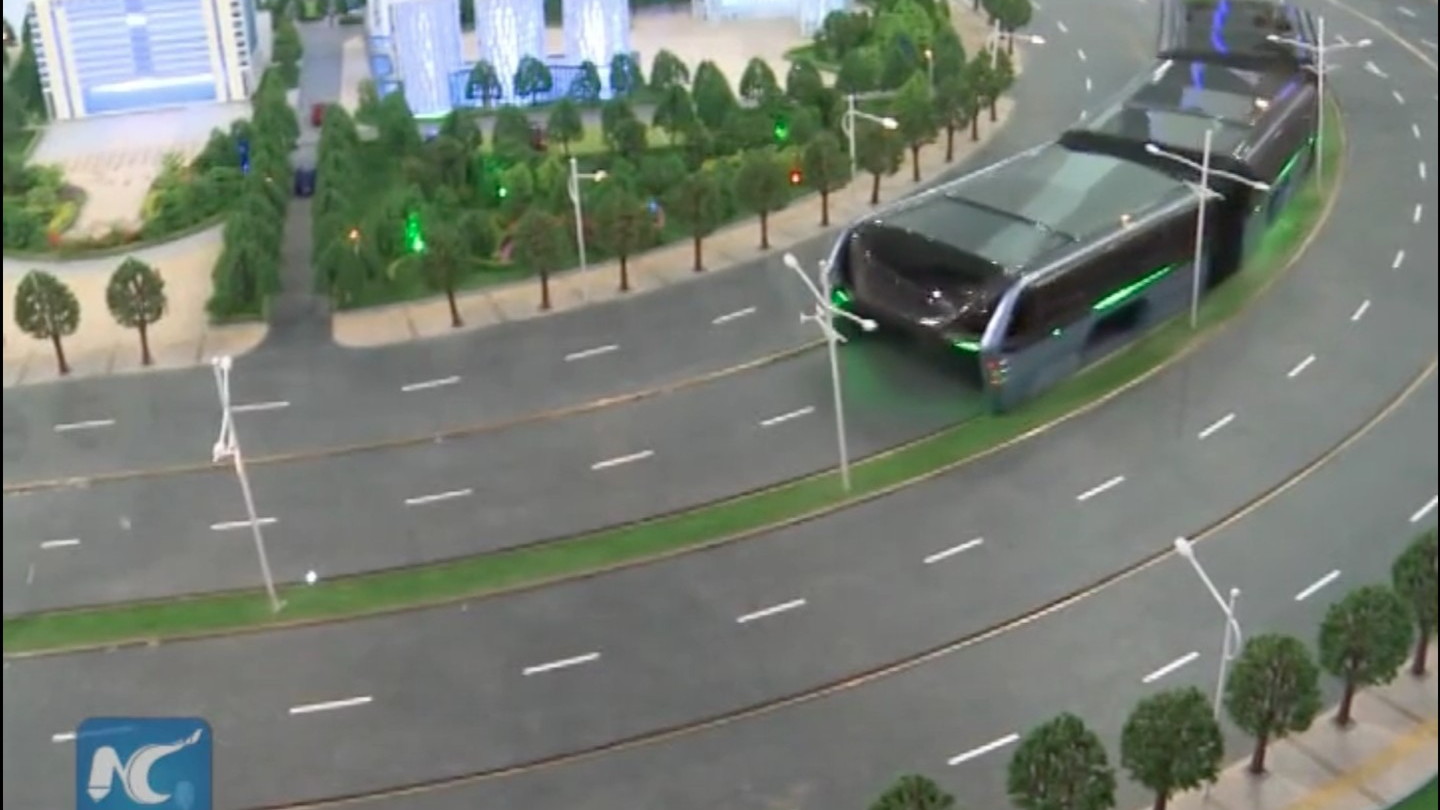 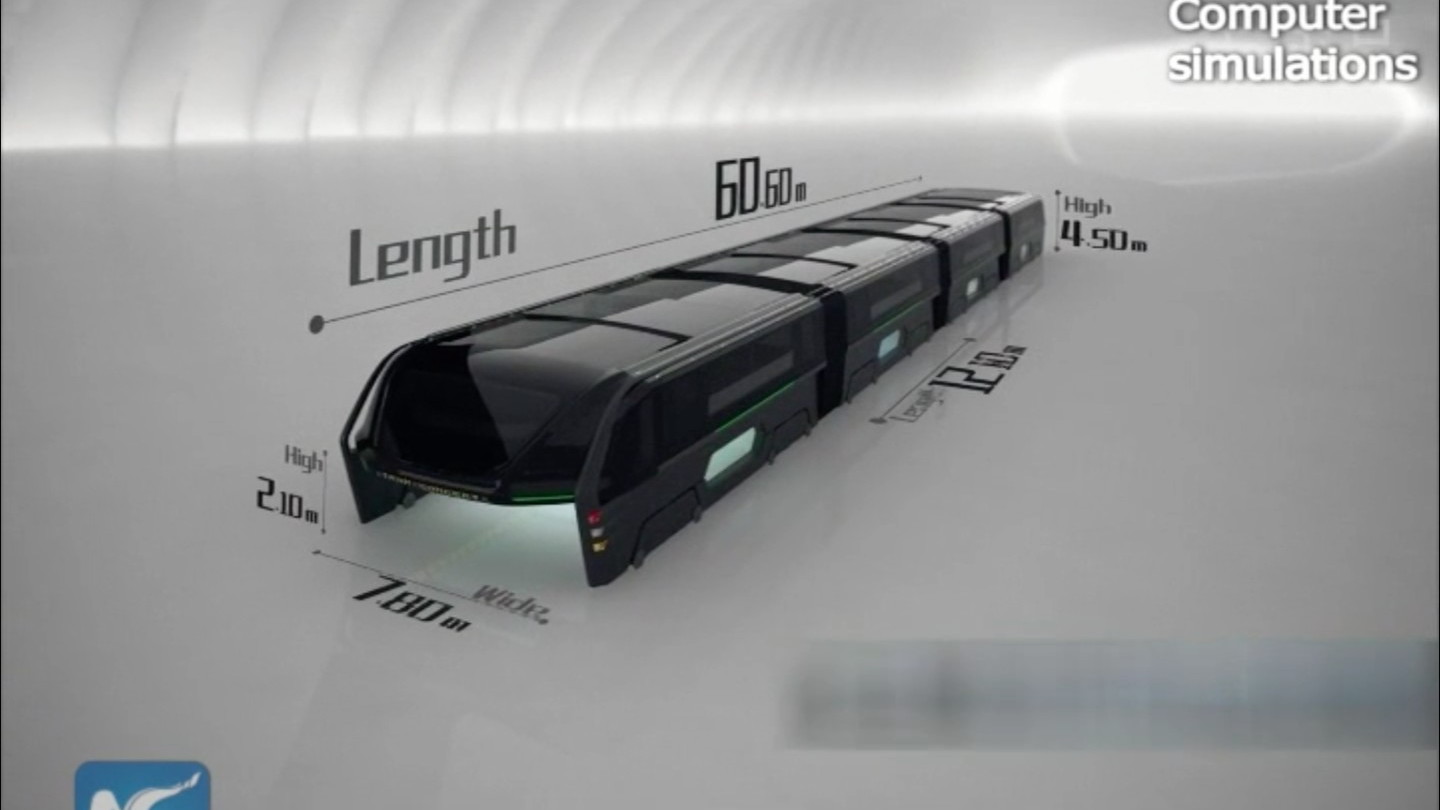 A new take on mass transit may be headed to China as early as the end of the year: A so-called "Land Airbus" system that looks like an overgrown monorail as it motors over existing lanes of traffic.

The big catch: cars can actually drive under the Land Airbus.

For now, the concept only exists as a scale model created by the Shenzen Hashi Future Parking Equipment and as an animated video by Transit Explore Bus. Both Chinese firms intend to work together to deploy a full-size trial version on urban Chinese roads by August of this year, they said this week at an expo in Beijing. The first unit is currently under construction in China.

The Land Airbus moves at about 37 mph, but its real utility lies in its human-carrying capacity: As many as 1,400 people can be squeezed onto a single bus at once. It's also said to be cheaper than trains or tram systems.

In addition, compared to a rail system or a subway, the Land Airbus can be built and deployed much quicker in order to remedy immediate traffic concerns. The Airbus travels on rails mounted to existing roadways and is high enough off the ground for cars to fit under it, but large buses and trucks would be a no-go. However, big trucks are banned from the urban areas of many Chinese cities anyway.

The Land Airbus is meant more for local transit than Tesla Motors [NSDQ:TSLA] CEO Elon Musk's proposed Hyperloop system being developed in the United States. The Land Airbus would also require significantly less investment in infrastructure, although it doesn't move nearly as quickly.