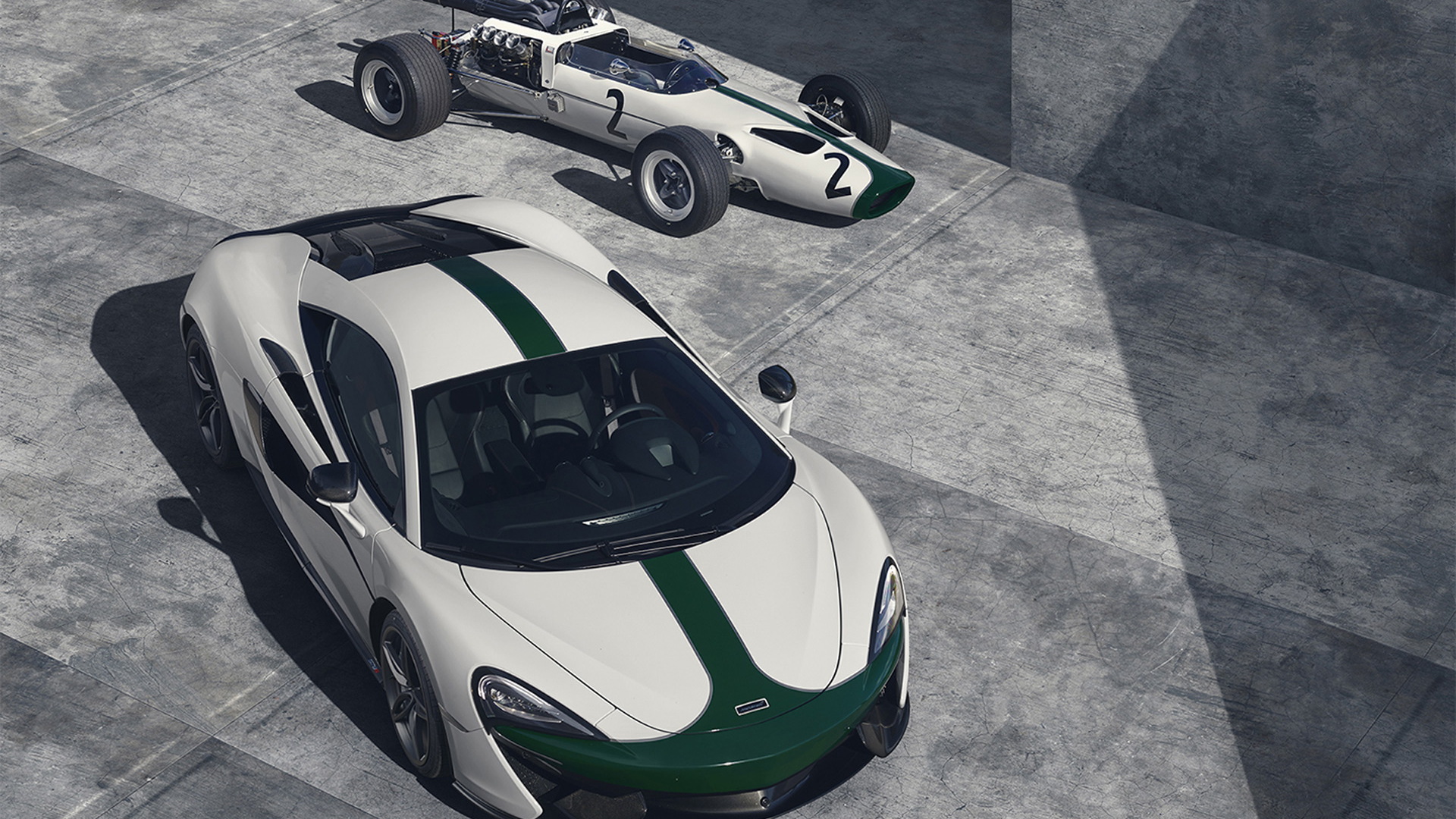 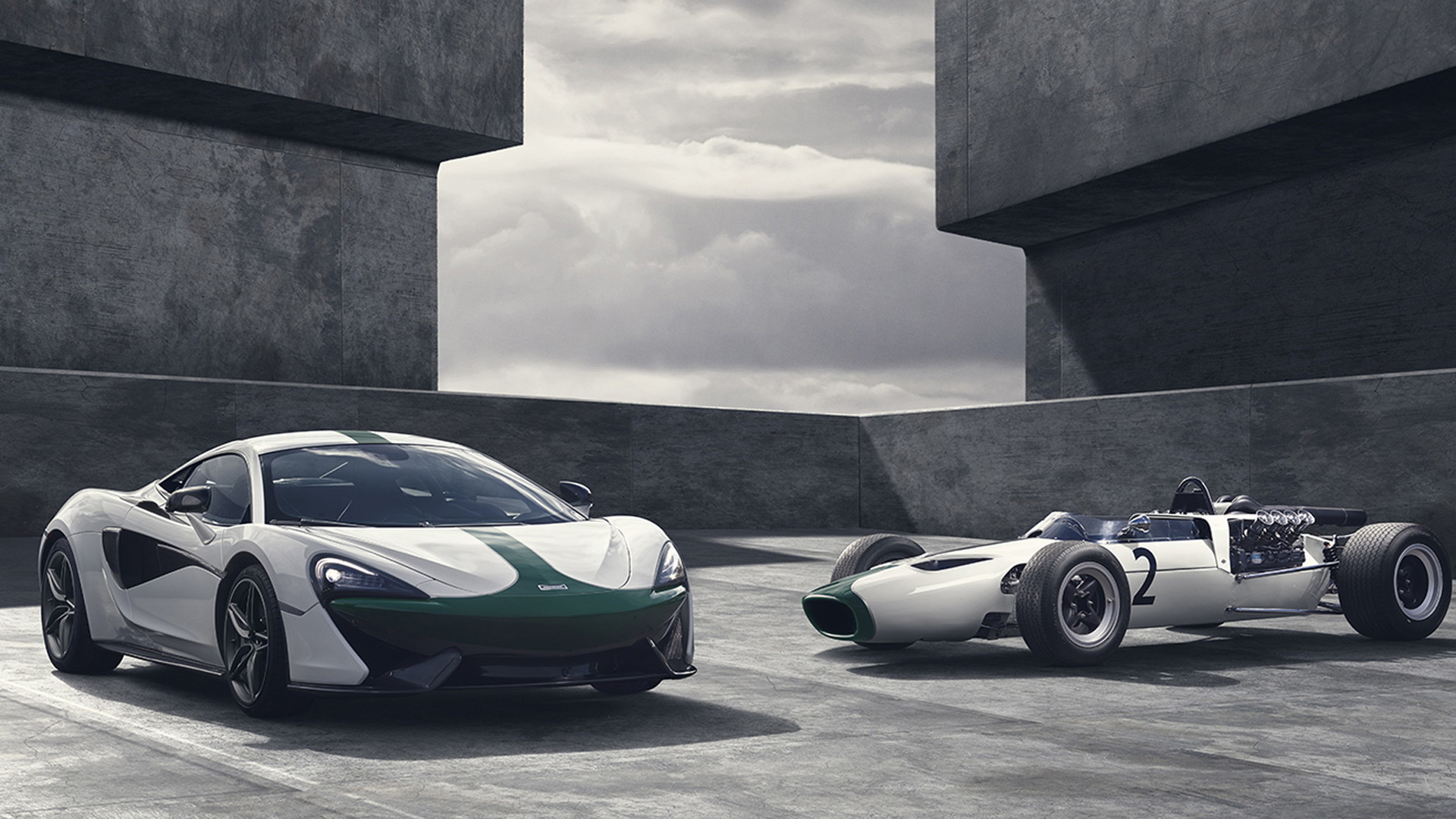 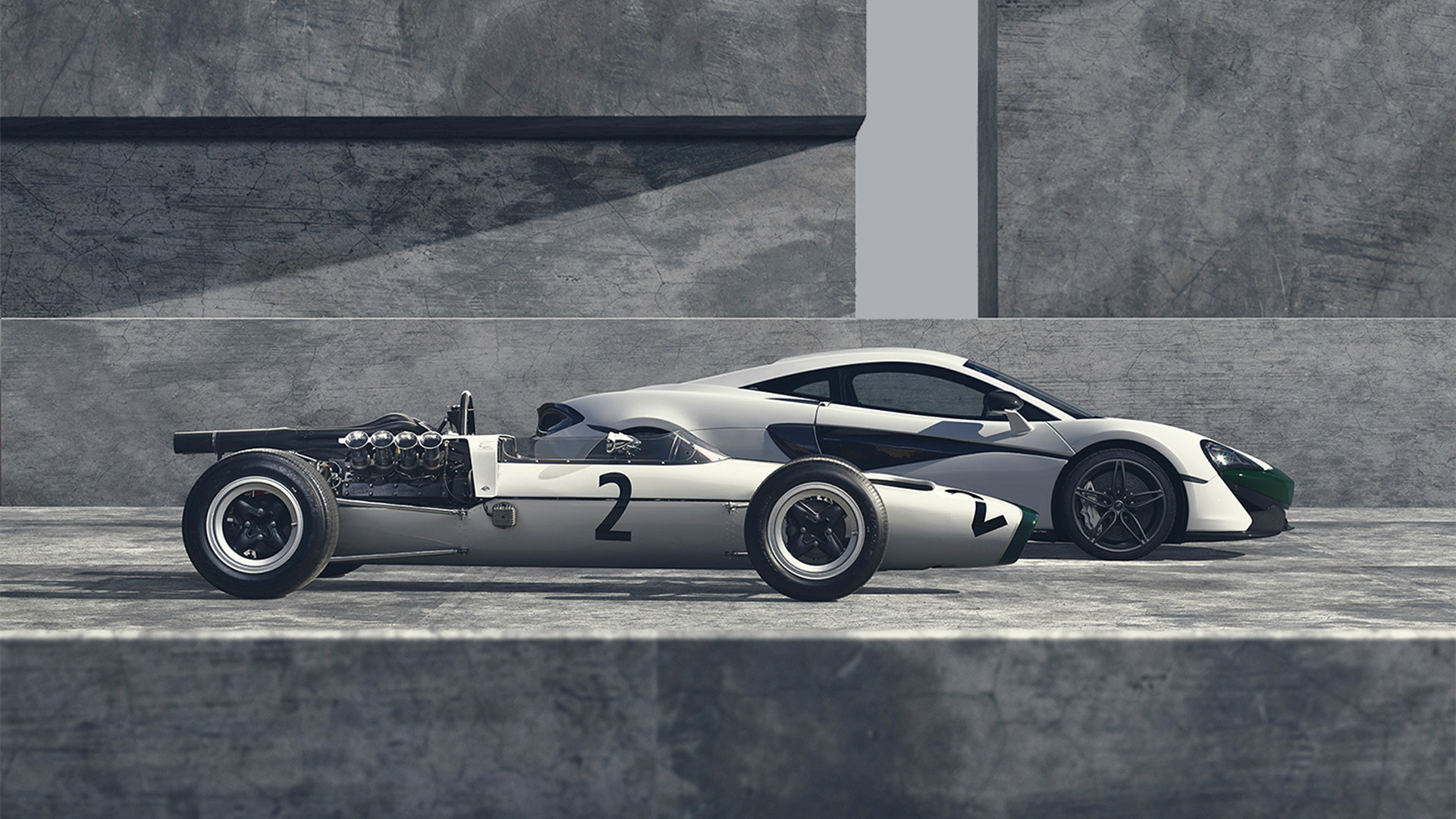 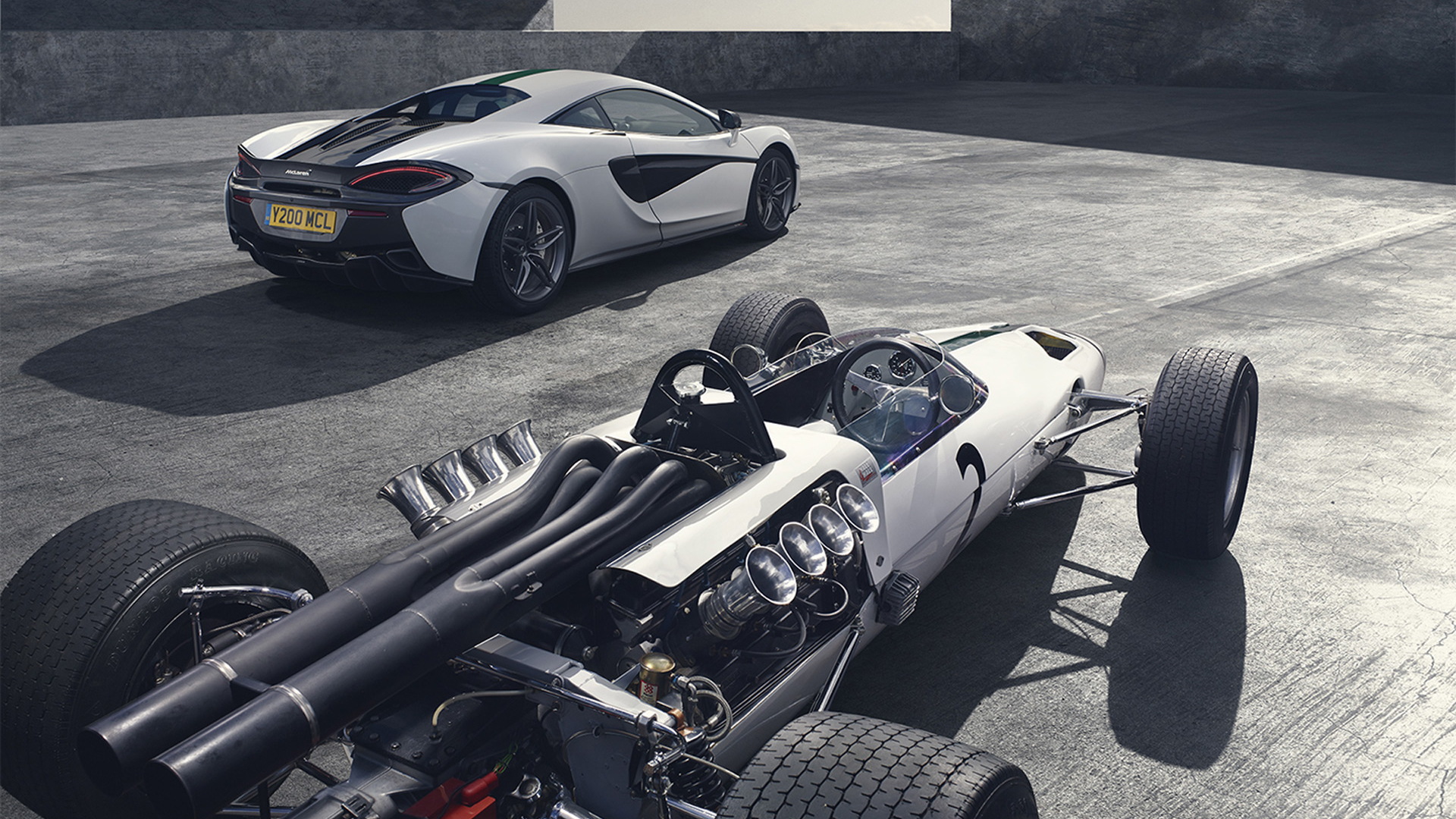 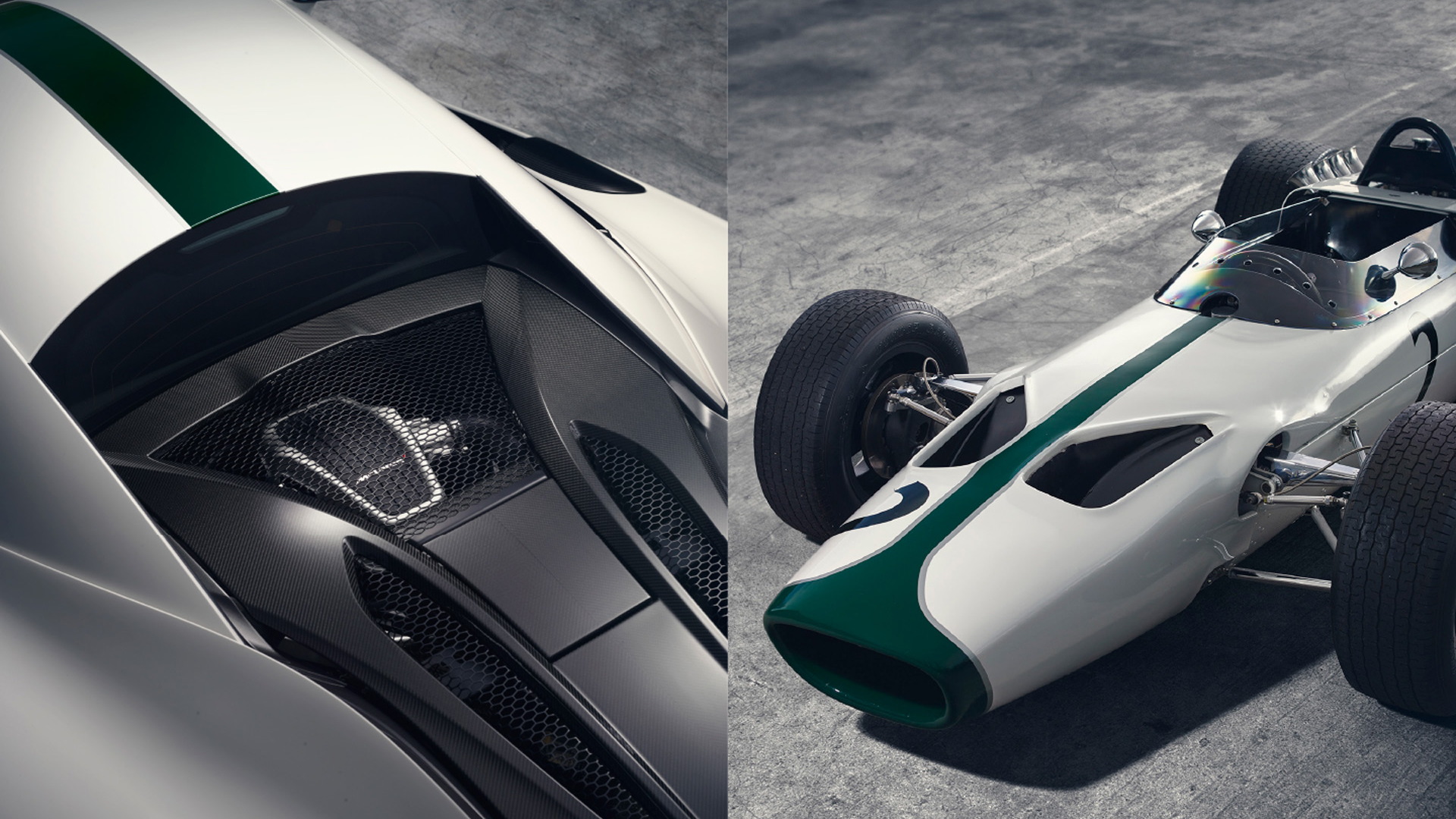 The special 570S features a white exterior highlighted by a central green stripe and silver edging, a combination inspired by the livery used on the M2B back in 1966.

Both cars also feature V-8s, but with 562 horsepower on tap the 570S’s twin-turbocharged 3.8-liter engine is almost twice as powerful as the Ford Motor Company [NYSE:F] 3.0-liter unit in the M2B.

The designer of the M2B was the legendary Robin Herd, who prior to working on the car helped design the Concorde supersonic passenger jet, and he used some of his experience in aviation on the car. For example, part of the structure was made from Mallite, which was normally reserved for internal panels on aircraft. It’s a light yet strong material composed of balsa wood sandwiched between aluminum.

Unfortunately, the M2B didn’t have much success in its inaugural race, with McLaren founder Bruce McLaren who was driving at the time having to retire after nine laps due to an oil leak. It would be two years later until Bruce took the team’s first victory at the Belgian Grand Prix, paving the way for the 12 Drivers’ and eight Constructors’ championships that have followed since.