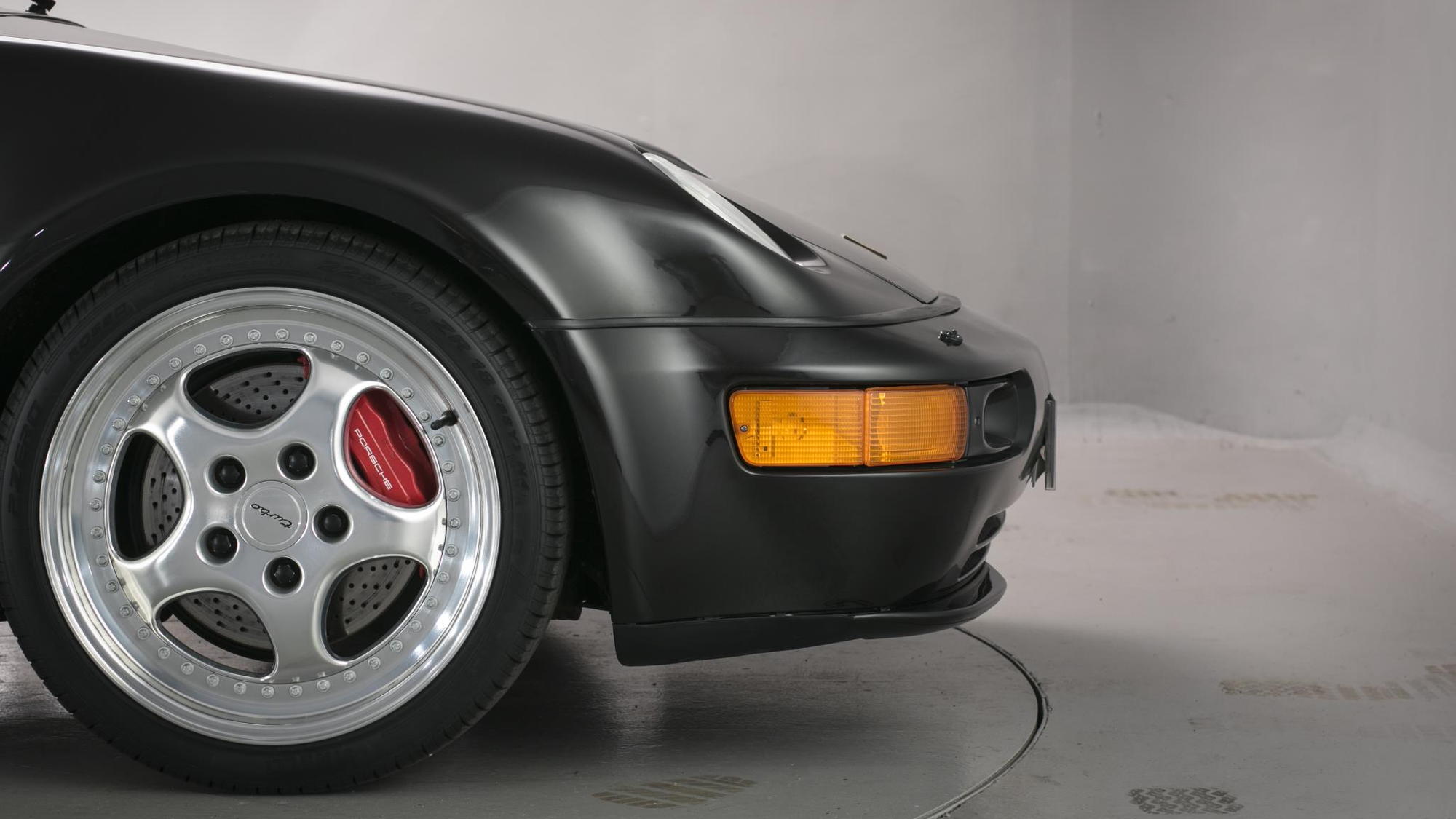 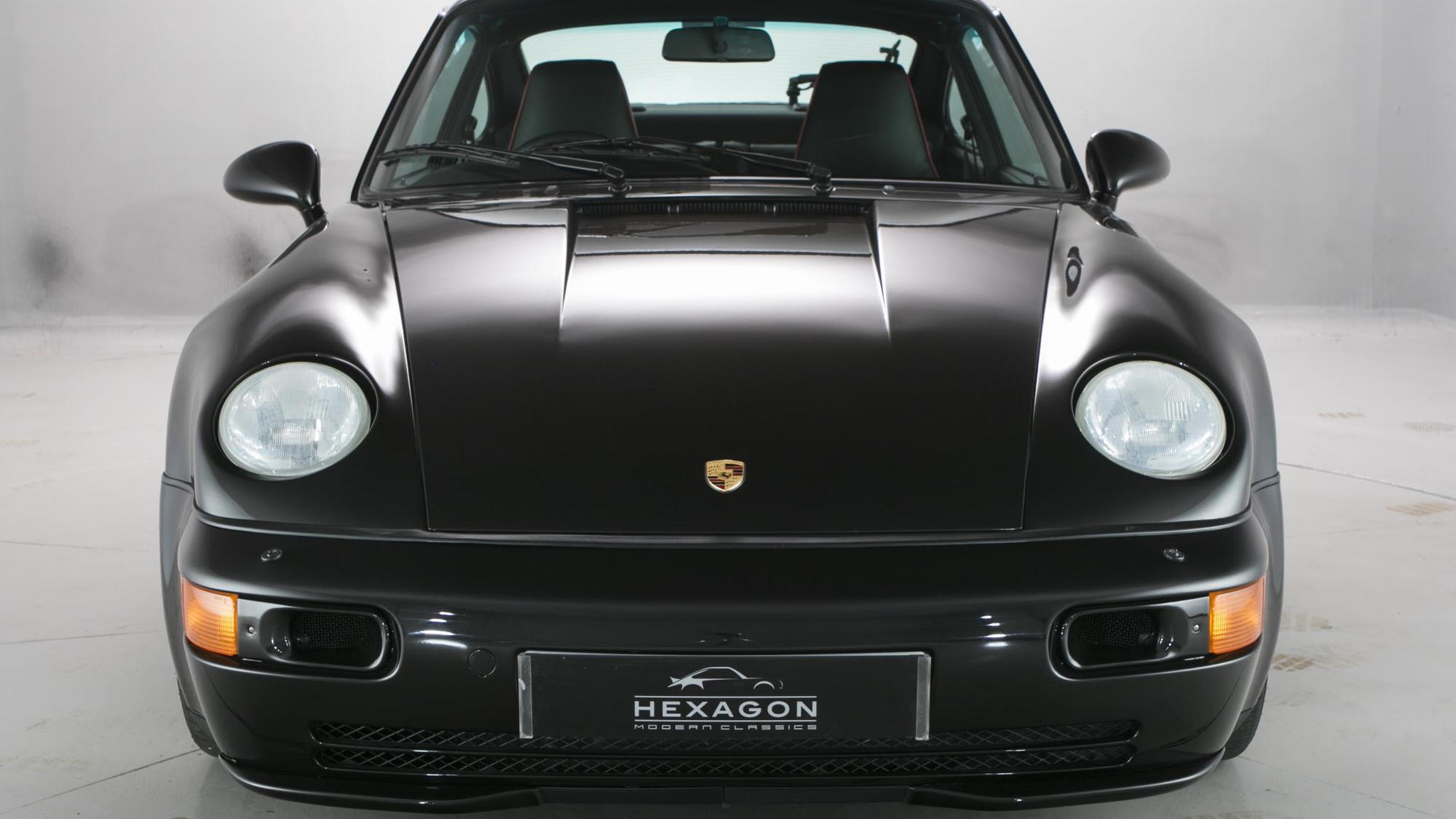 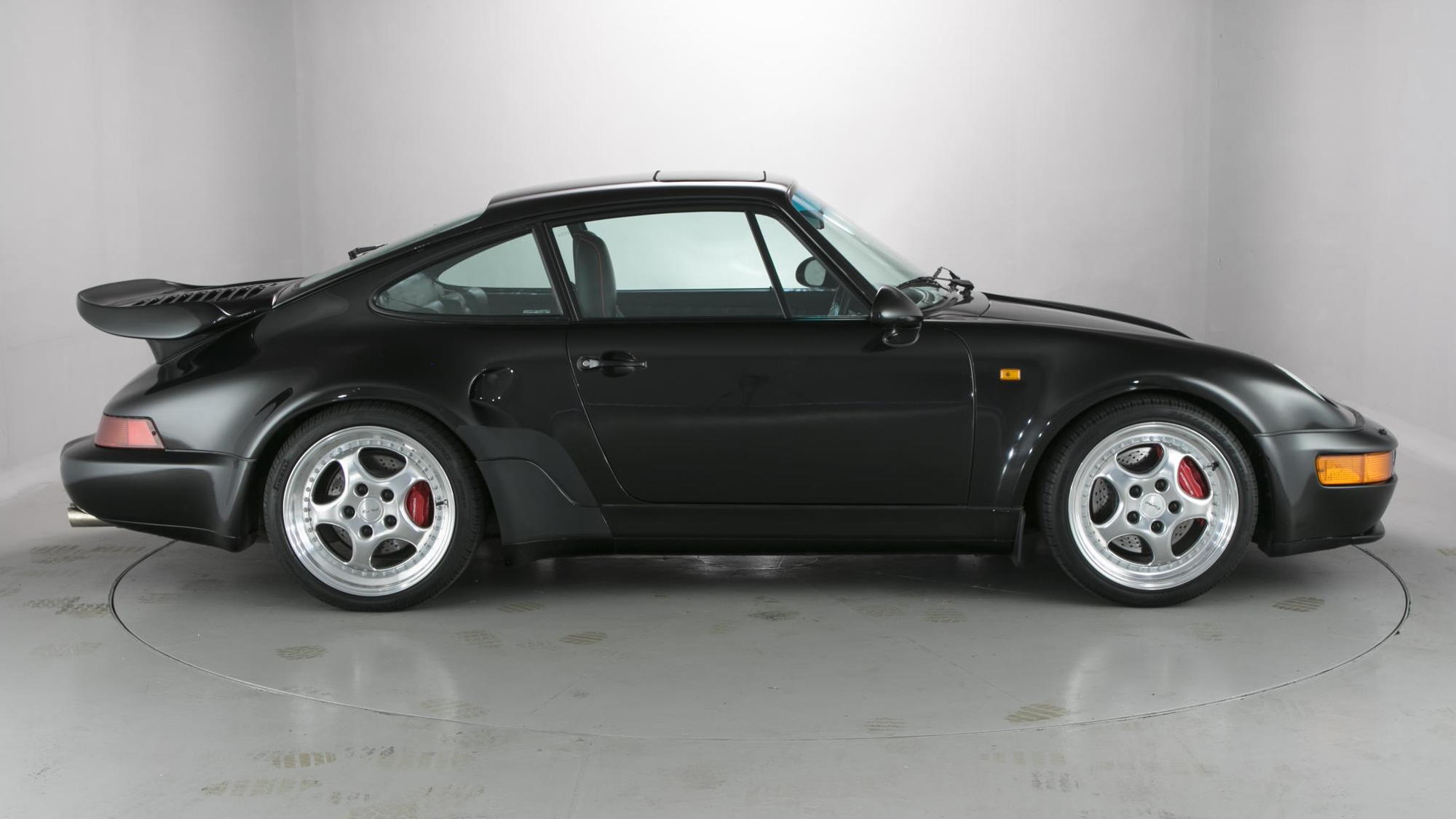 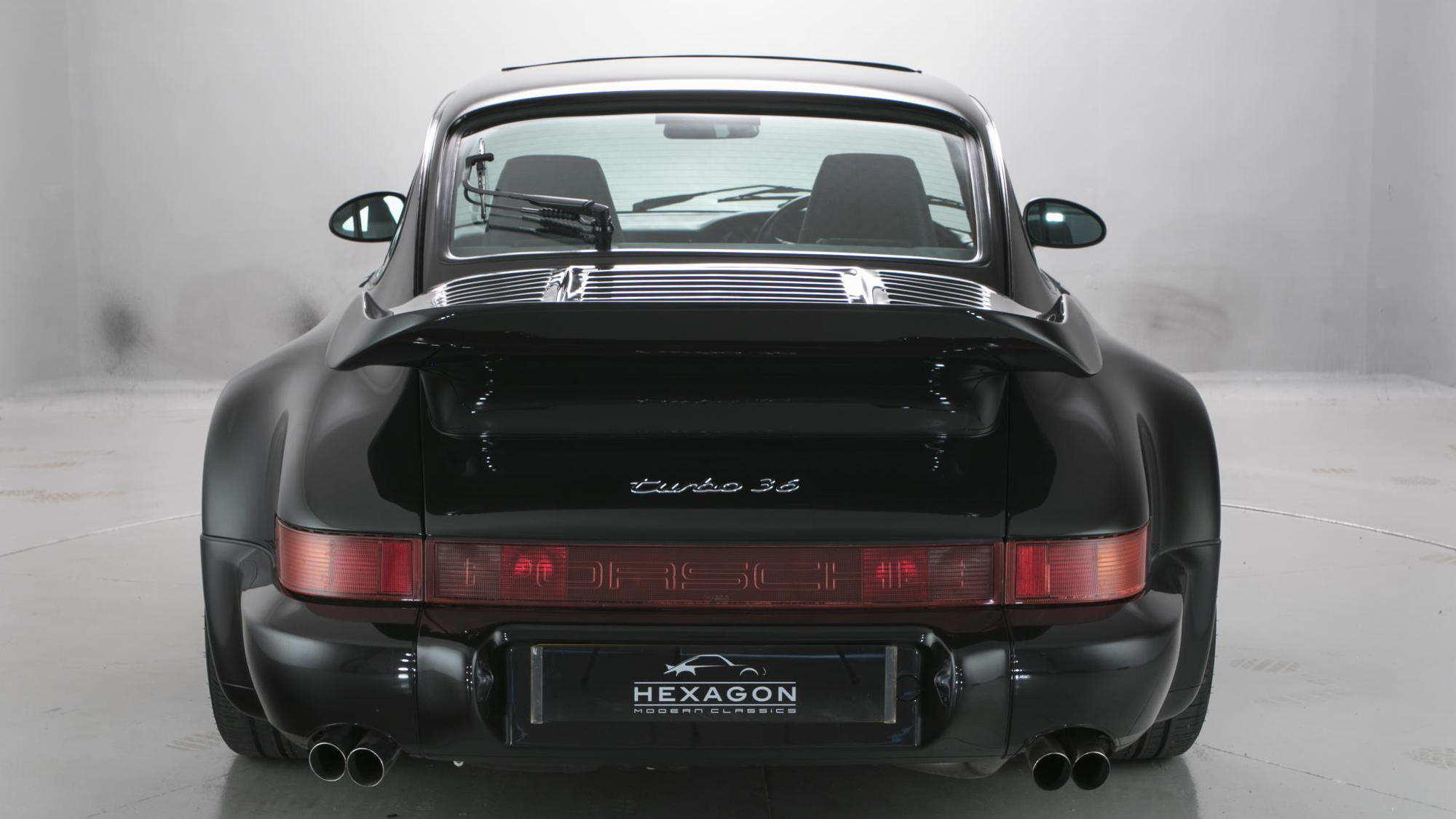 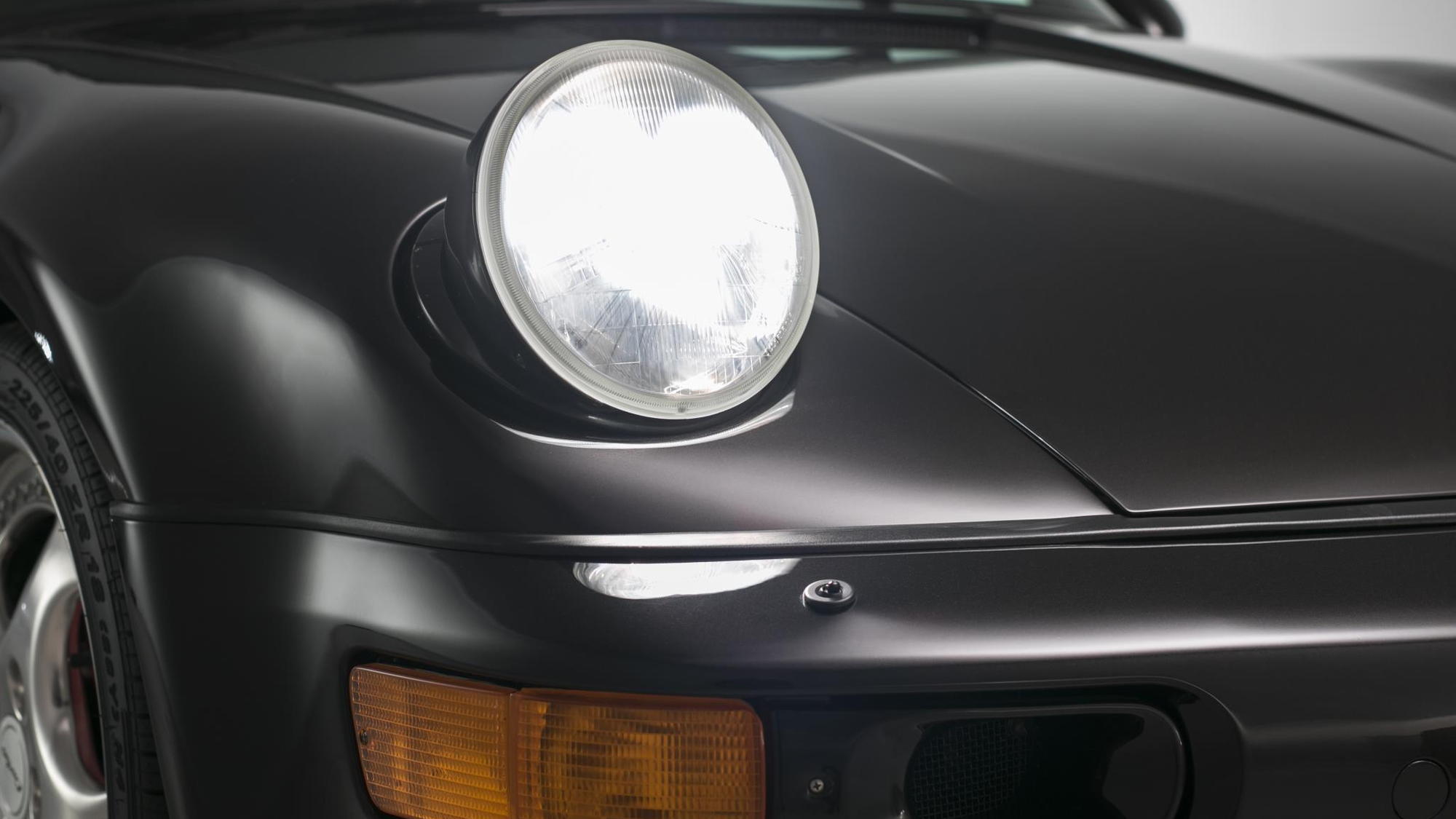 One of the rarest configurations of Porsche's classic 1989-1994 911, the 911 Turbo Flatnose, has come up for sale in a high-end British vintage car showroom.

Officially known as the X4 option package, the Flatnose, or Flachbau, was released in late 1993 to mark the end of the 964-body 911 just as its replacement, the 993, was being readied for consumers. The Flatnose package included, as its name suggests, a markedly different front fender design that pushed the car's oval headlamps into an almost flat position. The changes weren't just limited to the car's front end; special rear wheel housings with integrated air intakes recalled the company's 959 supercar. Under its hood, the X88 turbocharged flat-6 engine utilized an upgraded turbocharger and a special exhaust system that delivered 365 horsepower.

Each of the Turbo Flatnoses built were assembled by Porsche's in-house Exclusive Department. Interestingly, American buyers in 1994 were required to put down a $20,000 deposit on the Flatnose, but they were shown only a sketch of the car.

The model topped the 911 range and fewer than 100 were built. Of those, a mere dozen were right-hand-drive, which makes the car offered by Hexagon Modern Classics in East Finchley, United Kingdom, especially rare.

This particular 911 Turbo Flatnose shows just 630 miles on its odometer and was previously part of a large collection. Hexagon, a familiar name in the air-cooled Porsche world, has not listed the car's price.