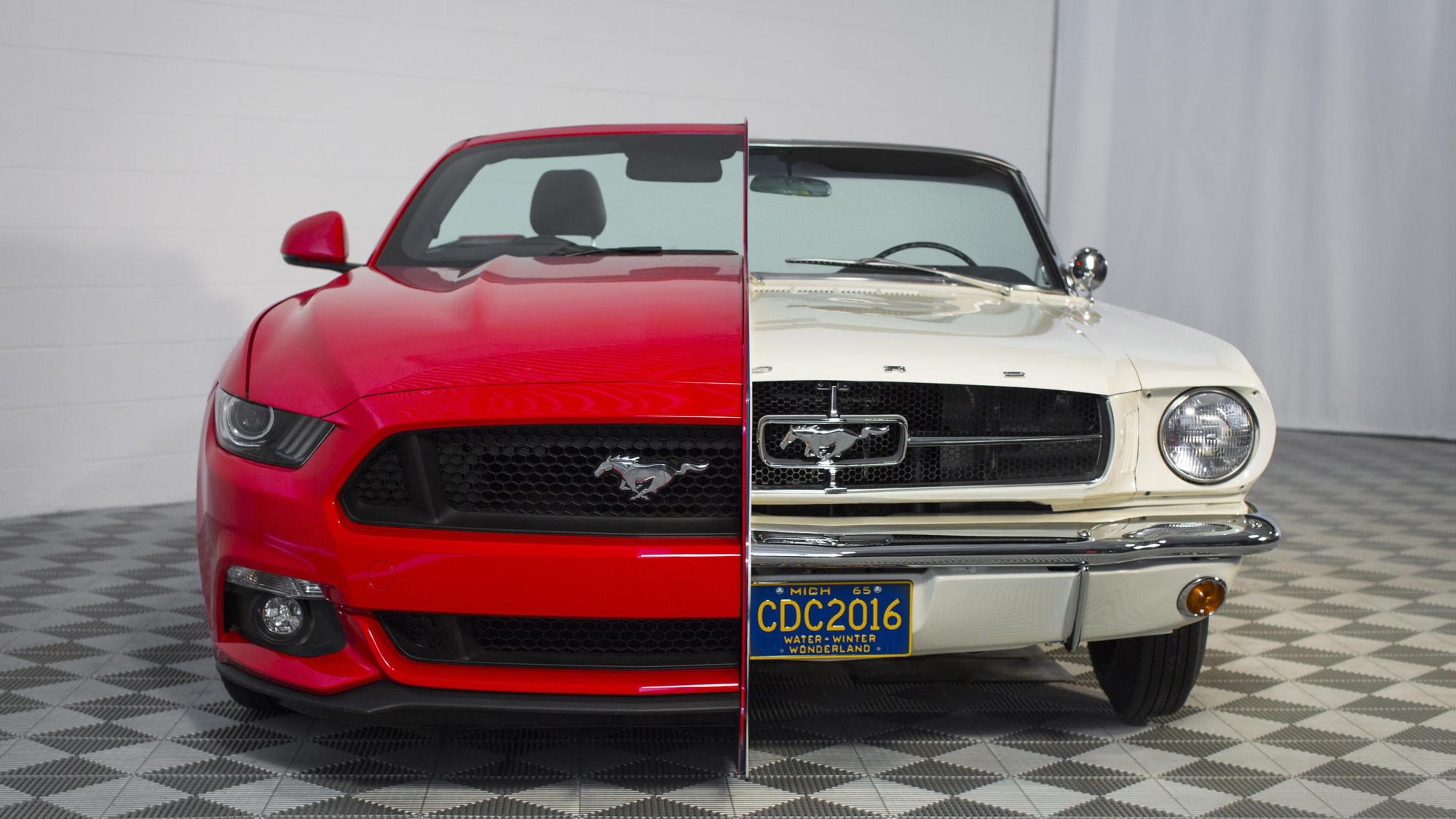 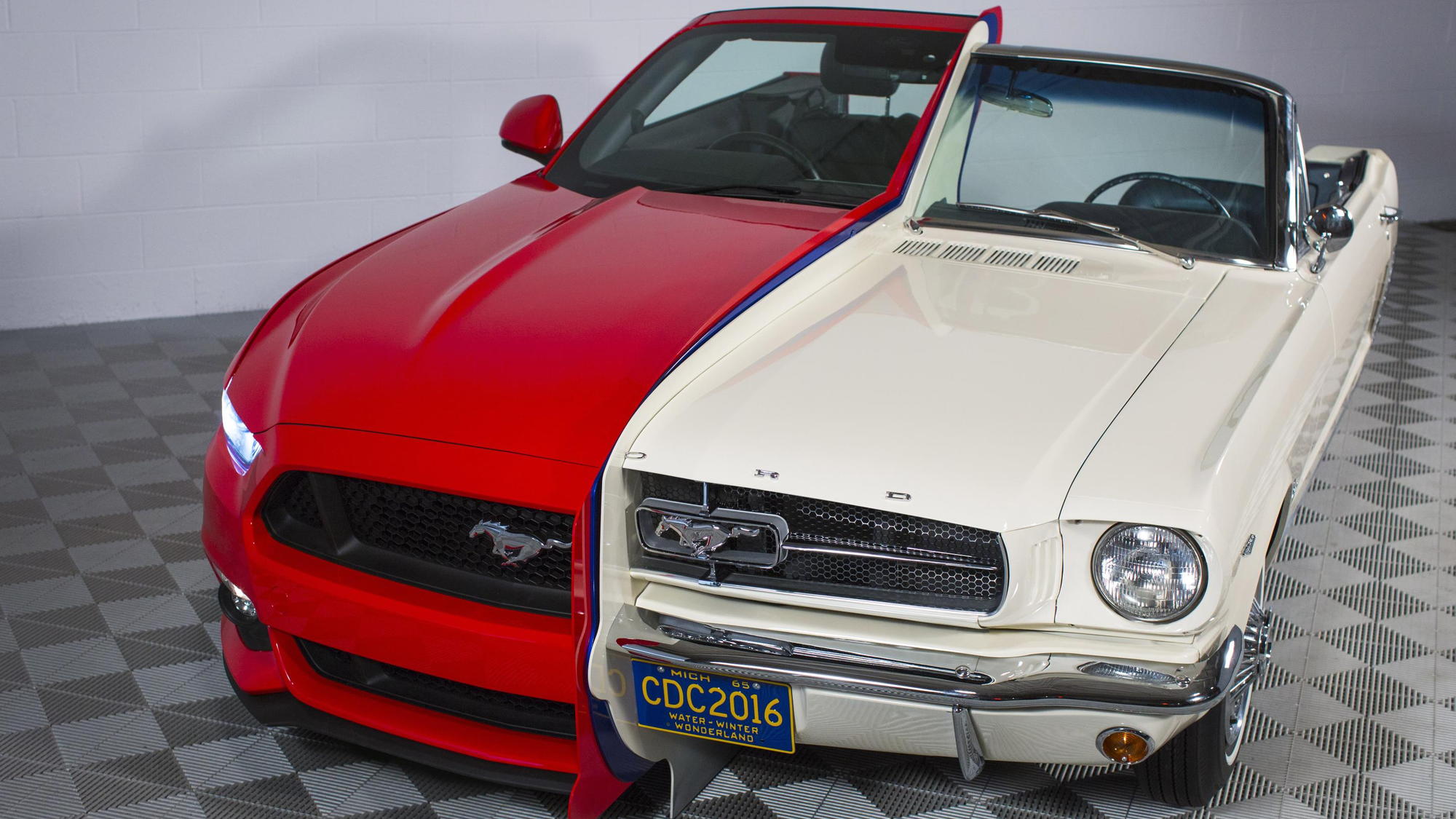 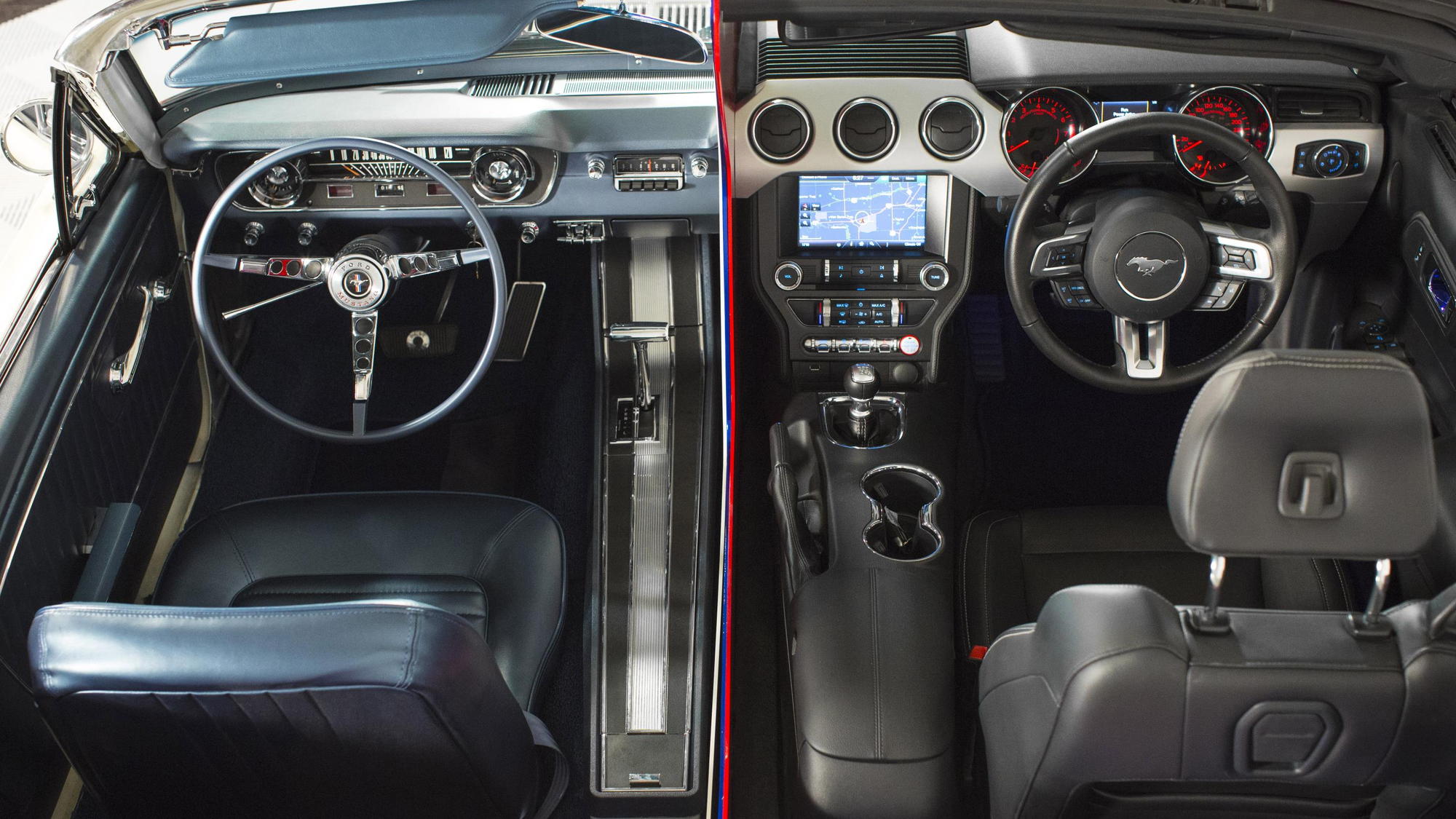 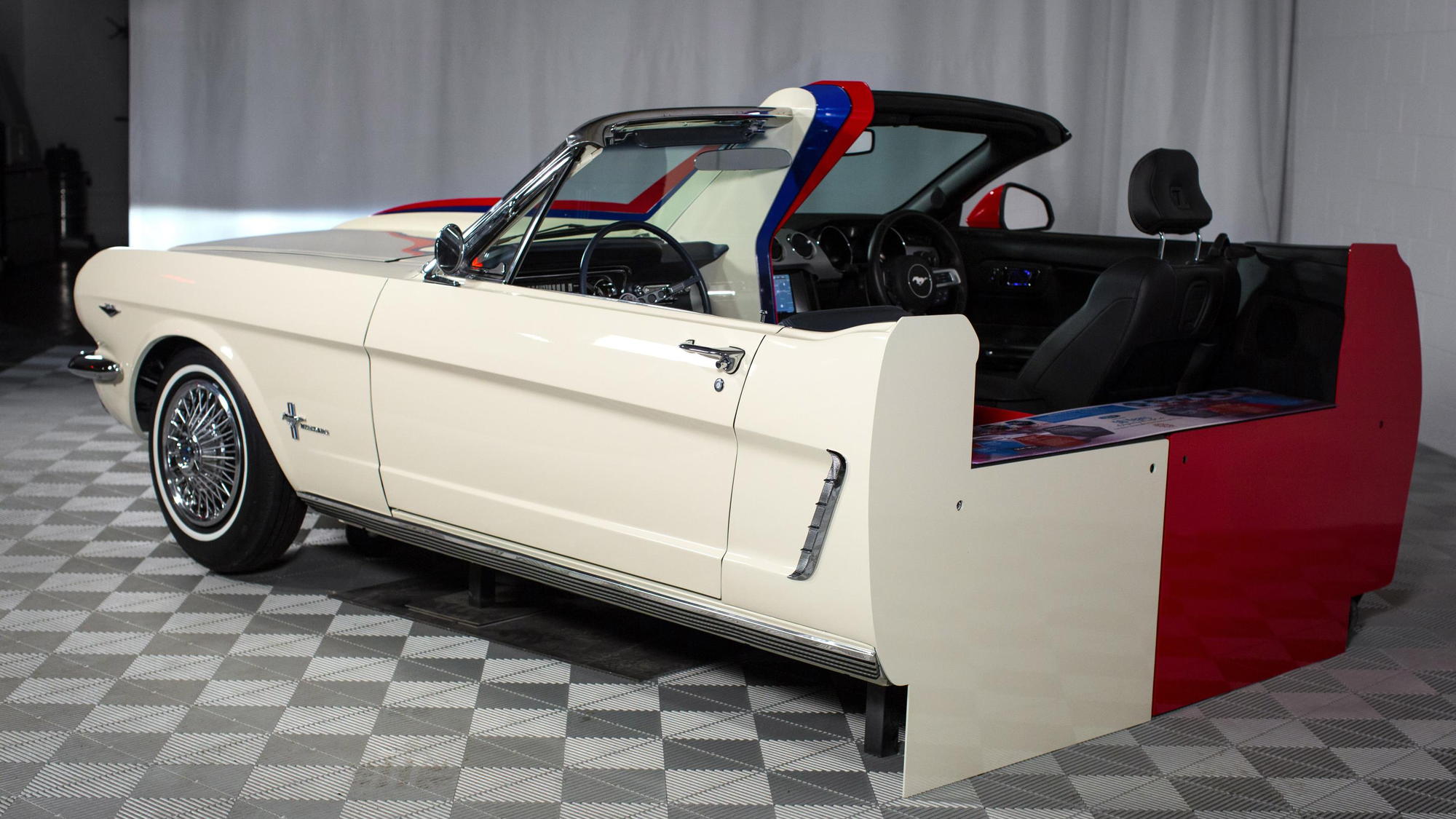 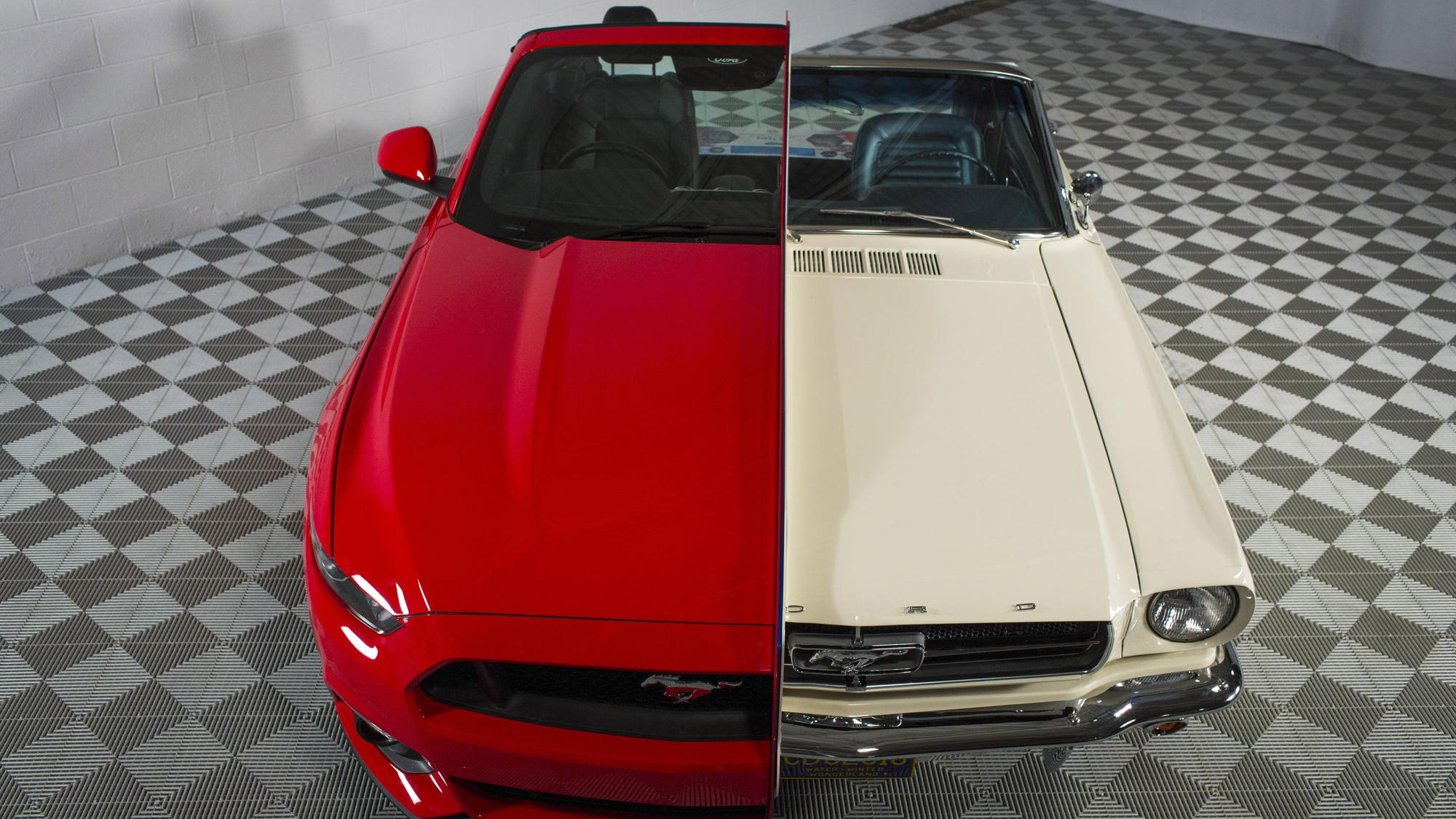 Visitors to the National Inventors Hall of Fame Museum can now take an especially innovative trip through automotive history without having to take more than a few steps.

Ford and the museum, which is on the grounds of the United States Patent and Trademark Office Campus in Alexandria, Virginia, have teamed up to create a side-by-side display that's half 1965 Ford Mustang and half 2015 Mustang. Although the Mustang debuted as a 1964 1/2 model, it was essentially unchanged for 1965, so it makes a nice bookend with the redesigned-for-2015 Mustang that's still on sale today.

CHECK OUT: Meet the man who owns 5,500 Mustangs

Now part of the facility's permanent collection, this display is part of the museum's Intellectual Property Power Exhibit. Signage for the half-and-half Mustang talks about various patents on both the vintage Mustang and its modern counterpart. The car was unveiled yesterday.

Interestingly, the car has functioning doors on both sides, so museum-goers can climb aboard. The '65 isn't actually a classic, but rather a licensed re-creation. The '05 is actually a right-hand-drive model like that sold in Australia or the United Kingdom, so visitors can sit behind both steering wheels.

This oddball creation isn't to scale in terms of width to allow Ford to show off both the infotainment system on the modern Mustang and the radio on the classic.