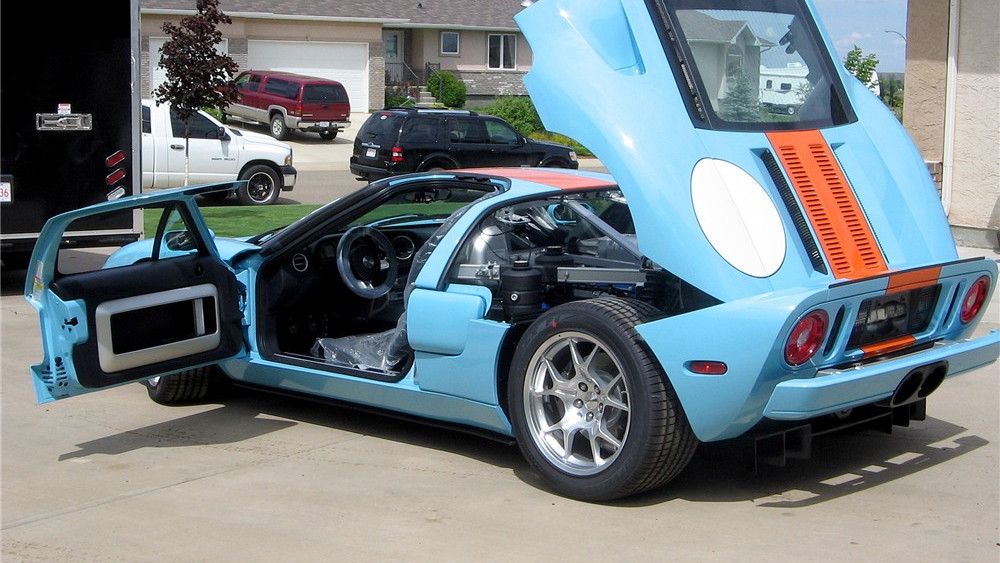 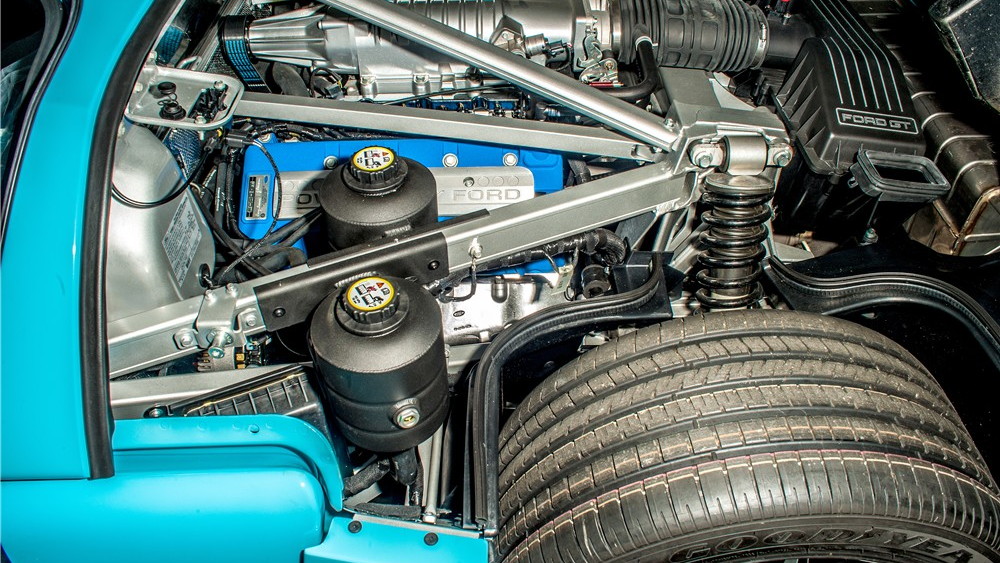 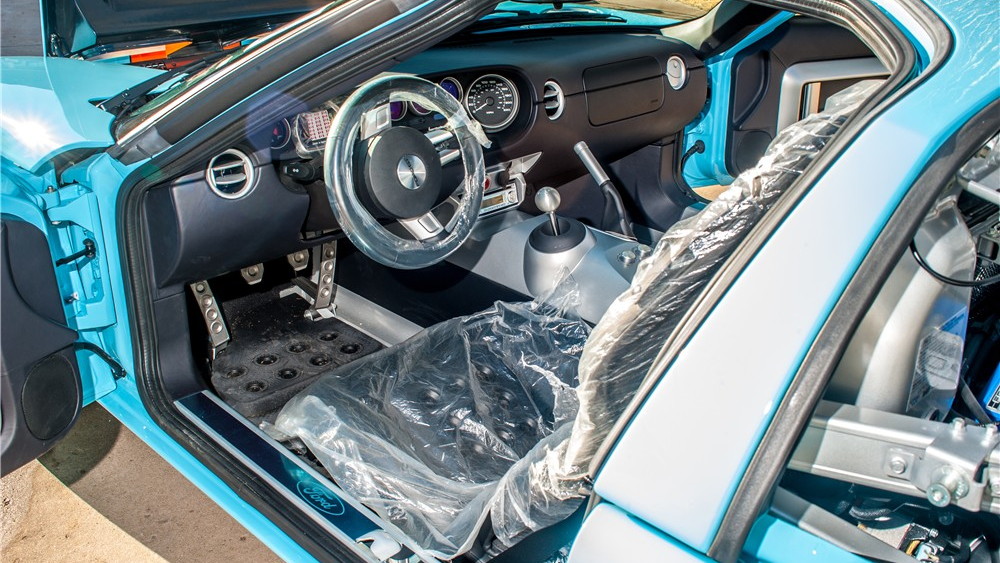 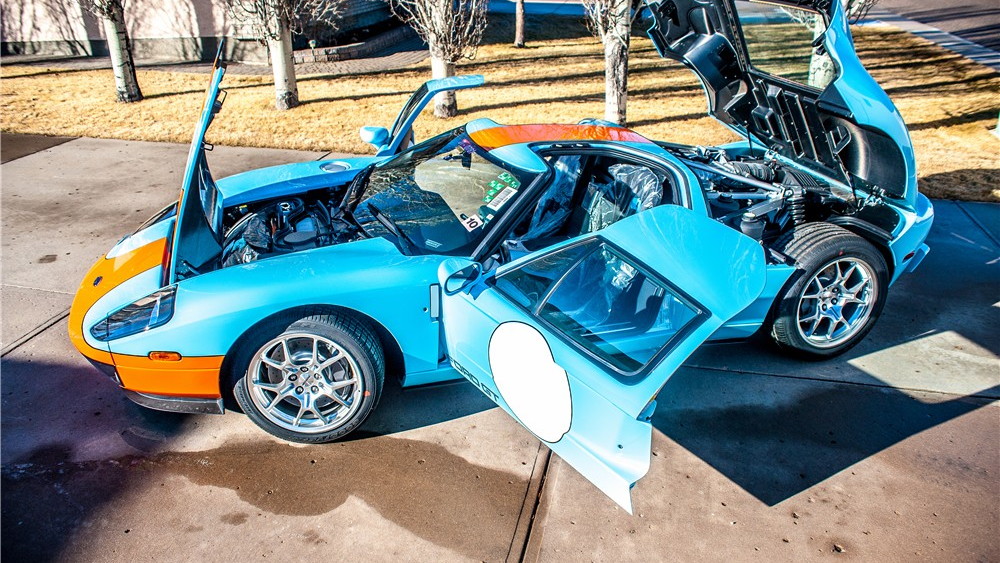 Imagine having the keys to a car and then never driving it. Now imagine if those keys unlocked and started a 2006 Heritage Edition Ford GT. It's actually hard to imagine never starting and driving such a machine, isn't it? Well that's what happened here, and this Gulf-colored beast is still packaged in delivery mode with its odometer reading just under five miles. It's always been ready for it sale, and now that date is approaching fast thanks to the Palm Beach Barrett-Jackson auction.

This Ford GT has all of its original books, manuals, documentation, and the window sticker. Hell, it has all of the wrapping and plastic covering that a fresh new car typically wears. It's one of just 343 Heritage Edition cars built (in those cool Gulf colors), and it's not yet had the chance to live up to that heritage. For those who don't know, that heritage based on the amazing 1-2-3 victory achieved by the GT40s in 1966 at the 24 Hours of Le Mans.

Under the oh-so clean engine cover sits a 5.4-liter supercharged V-8 engine that's patiently waiting to put its 550 horsepower to good use. The six-speed manual gearbox longs to examine all of its slots. The exhaust is eager to sing loudly, proudly, and triumphantly against a canyon road wall or a race-track barrier. The whole car wants to be set free, and some lucky person could do just that if they part with what should be a tremendous amount of money.

Add in a few more bucks for tires though...because the original ones from the factory are terrible.