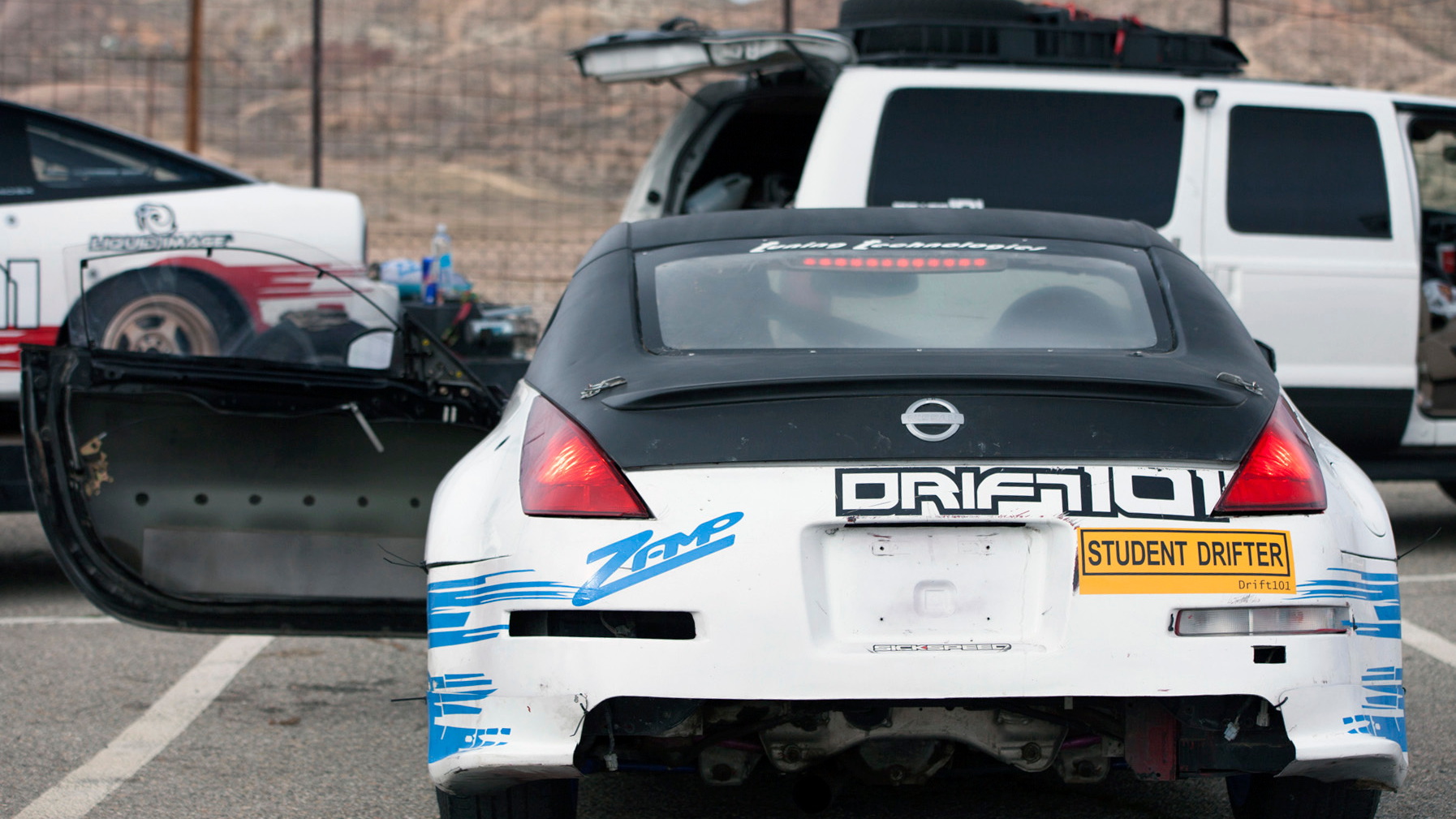 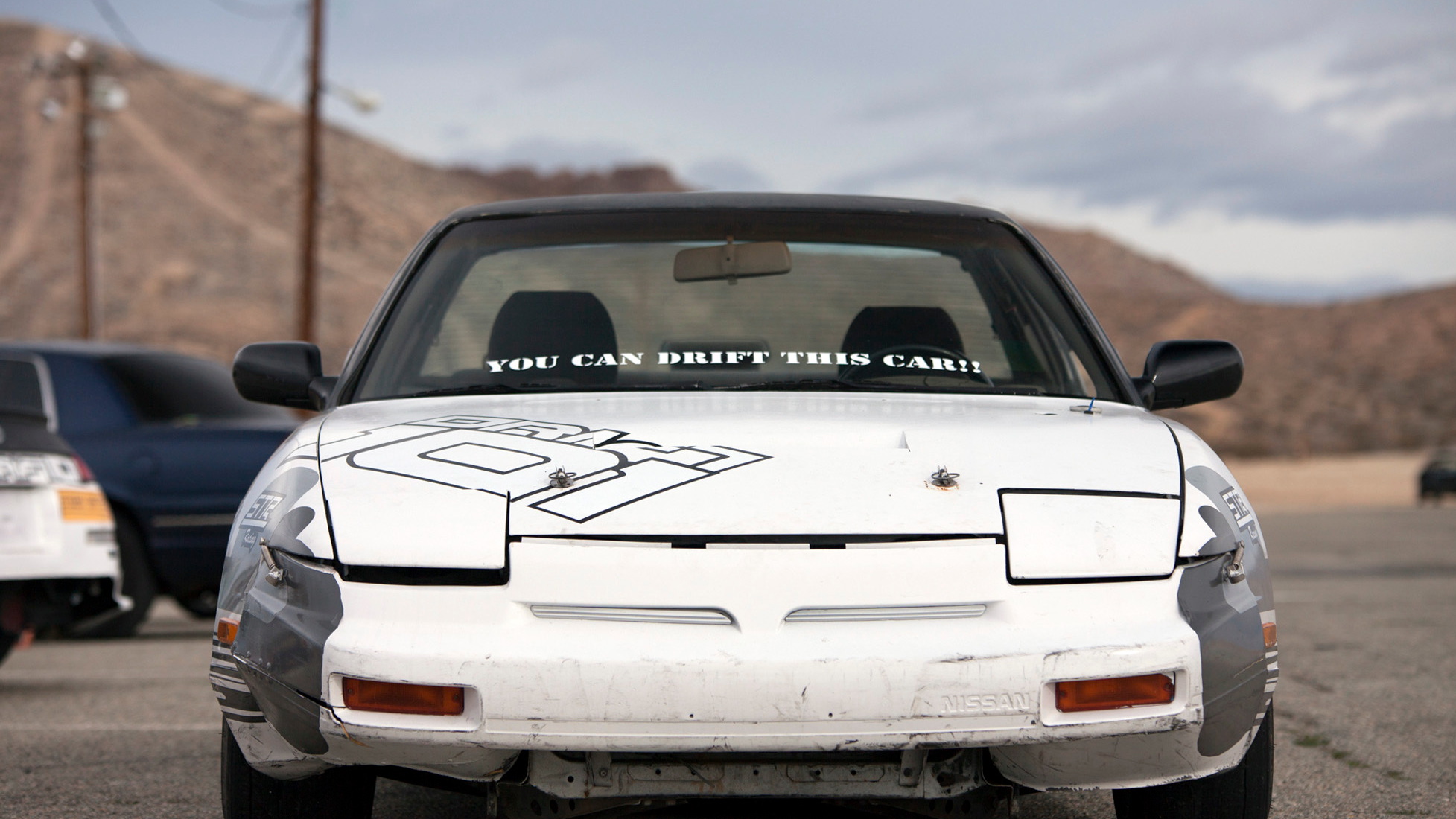 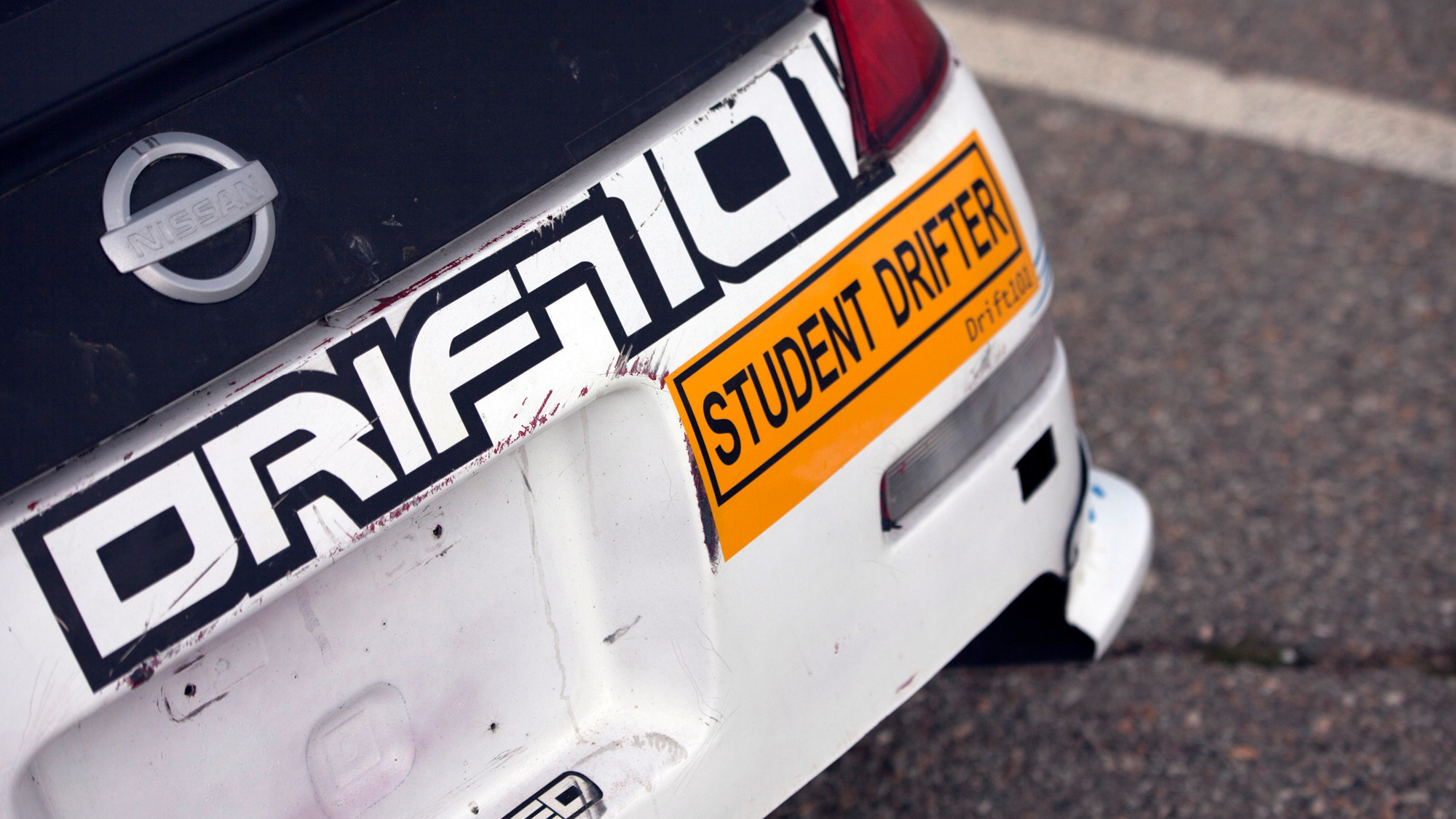 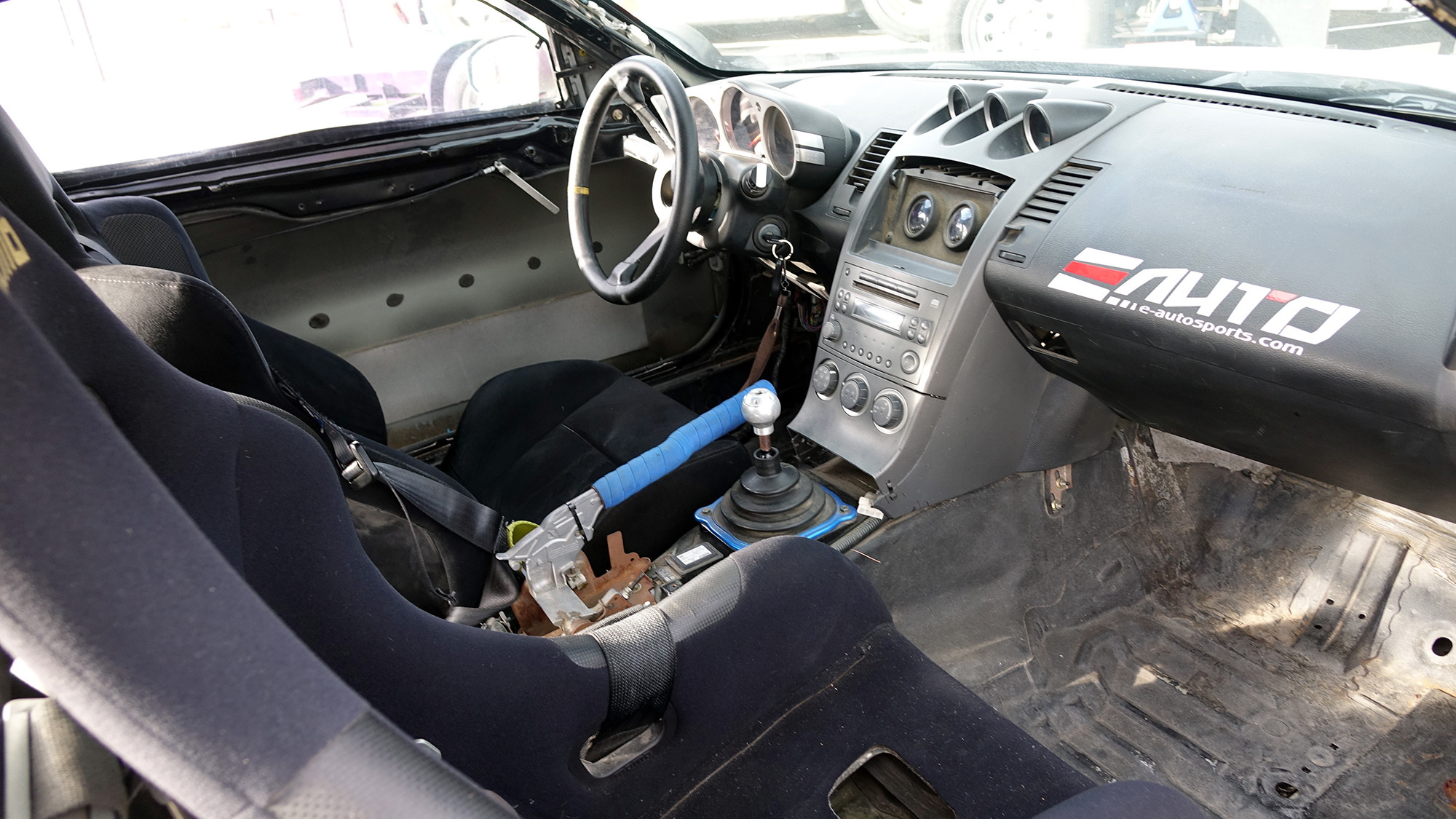 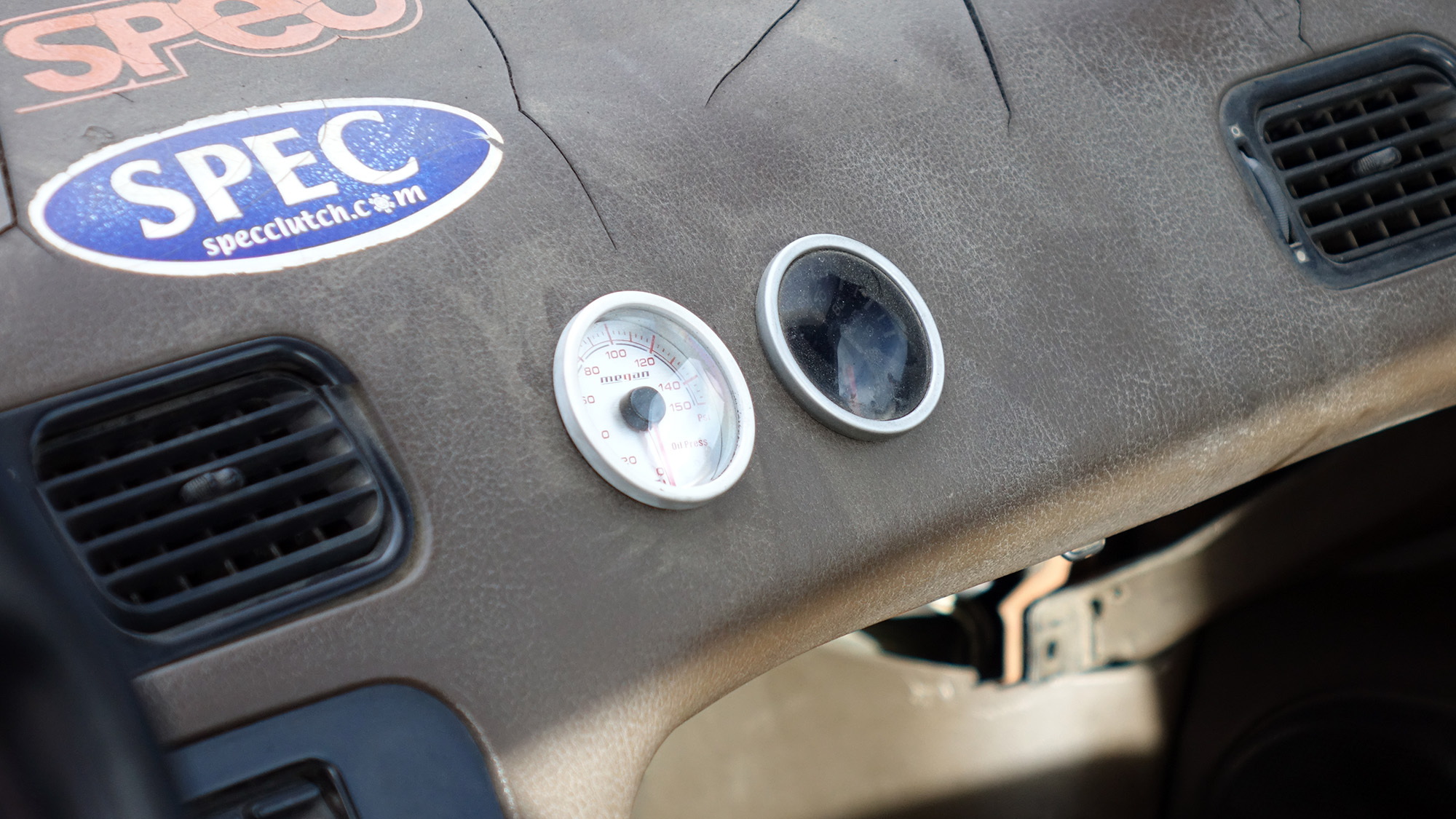 So you want to learn how to get sideways? You think it looks easy enough, right? A bit of throttle, some opposite lock dialed into the steering, and now you're king of the streets. You're burning up tires, you've got 100,000 followers on Instagram, and you're ready to take on the big leagues. Let me clue you in on a little secret: Drifting is hard. Like, really hard. It's an incredible delicate balance between your throttle, steering, brakes, eyes and hands, and it's a dance that takes serious practice. Thankfully, places like Drift 101 exist to teach you how to go from turning donuts to full-on second- and third-gear entries and transitions. Prepare for class, because you're about to get schooled in the art of drifting.

Drift 101 is the brainchild of Naoki Kobayashi, and his goal is to bring the world of drifting to folks with all manner of behind-the-wheel skill level. Operating out of Willow Springs in Lancaster, California, Naoki offers a range of classes and even supplies drift rental cars for you to beat up. The starting point for all students is Drift 101 and it takes place behind the wheel of a nearly stock Nissan 240SX.

The first thing you're going to do is line up in the middle of the track. Your eyeball will be eyeing the big orange cone placed just to the left of the aft portion of your left front wheel. The goal here is to show Naoki that you can successfully handle donuts. It sounds easy... and for the most part it is, you crank the wheel to the left, rev the engine up, and then dump the clutch. That sounds aggressive but it's exactly what Naoki is looking for. He told me to beat his car up, and that meant high revs and serious clutch dumps. It sounds barbaric, but it's necessary as it's just what the car needs to unsettle that rear end.

It's fun to abuse a car, especially when it's not yours and you're being egged on to push everything harder. Once you get the car spinning though, it's pretty easy to control. Soon you move from tight donuts to ones that are a bit wider in scope. You're essentially moving the car around a cone at this point but your trajectory has you moving in a nice big arc around the central point. After you've got that down it's time to move on to entering that donut from a moving position. Here you're not starting static near a cone but attacking the action head on. It's not a difficult transition between these two tasks, and Naoki and I move on to the next discipline.

That's the beauty of the school. If you are ready to move forward, Naoki will see that and allow you to progress. You can buy that Drift 101 entry level class, but if you're a quick learner you won't be held back. We move from donuts to donut entries and on up to hand-brake turns and eventually transitions. This is the hardest part of the class by far. You learn what it takes to get the car into a drift, hold it there, and admire what you can do in one direction. Actual drifting requires you to change directions, however, and that's where it gets tough.

MUST WATCH: Behind The Scenes Of The #BATTLEDRIFT Video

To transition out of a drift and into another is hilariously difficult. You might think it involves cranking the wheel and mashing the gas. In truth, it's pretty much the exact opposite of that. To transition a drift, you give the throttle a lift. This upsets the car into the other direction very briefly. You then get back on the gas lightly, and essentially let the steering wheel spin to where it wants to go. As it does so, you lightly intervene to make sure it lines up towards a line you're looking for... then it's back on the gas, mind the steering angle, and keep your eyes up for the next turn.

The classes are small. The driver attention is high. The rewards are even higher. During my stint at Drift 101, it was myself attending alongside my friend Zack from The Smoking Tire. One of us would be out there with Naoki for 40 minutes at a time, then we'd come in and switch. We'd practice everything Naoki thought we needed to work on, and we'd do so until we had it down and could move on to the next exercise. You won't get that level of attention at most of the other driving schools out there, especially for the price we paid that included the very cars we'd be beating to hell.

The entire event left me wanting more. I'd learned what it takes to unsettle a car for all the right reasons. It can take a heavy foot to get a car sideways, but a smarter foot and hands to keep it there. You need all your senses and limbs working together to make this attempt at drifting come together. If you come in thinking your hot stuff, you'll leave humbled. If you come in with an open mind, you'll leave with tremendous skills to practice even further.

Want to get sideways? Check out Drift 101. It's worth every penny, as it will make you a better driver and you'll have an amazing time becoming that better driver.