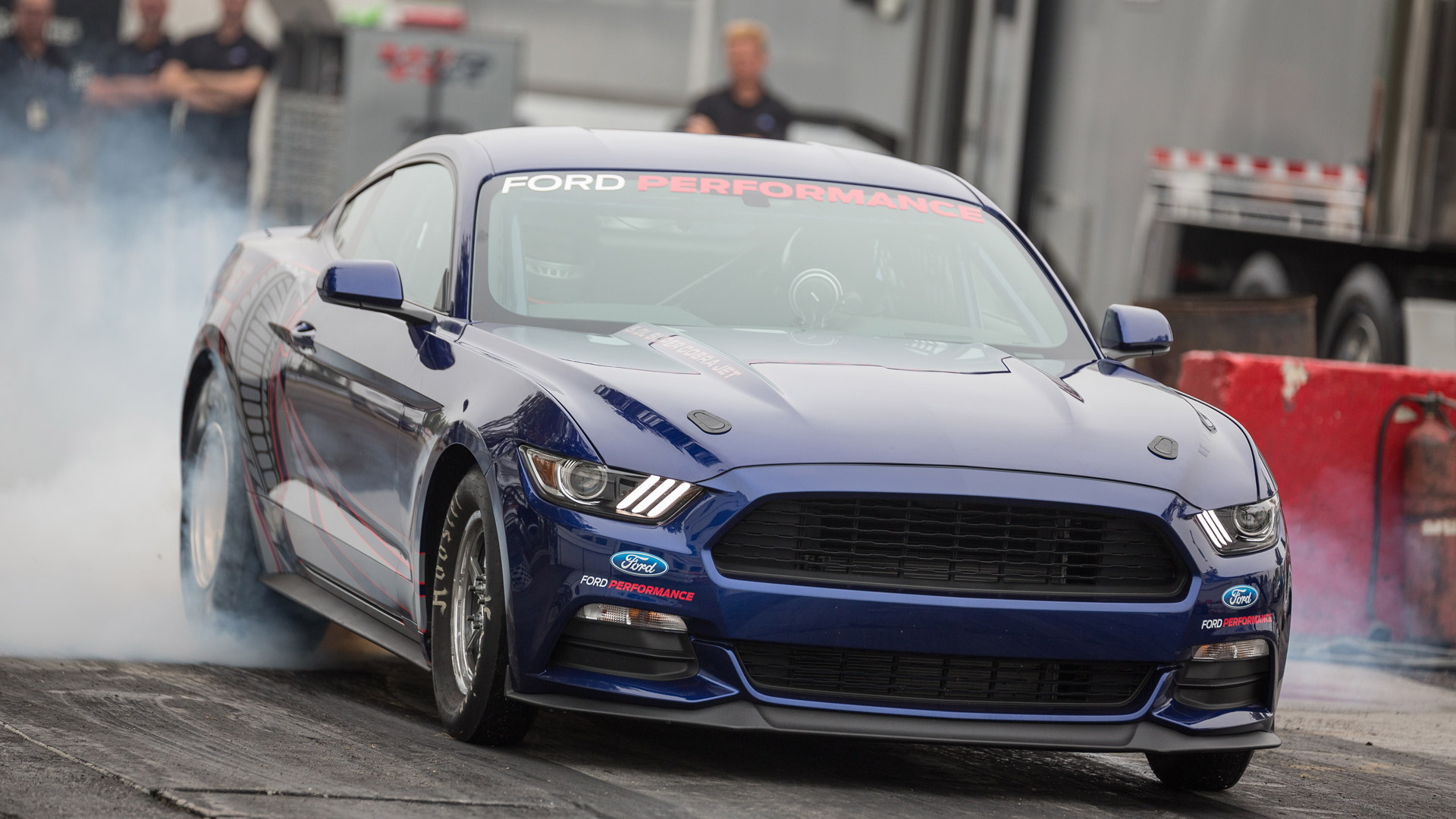 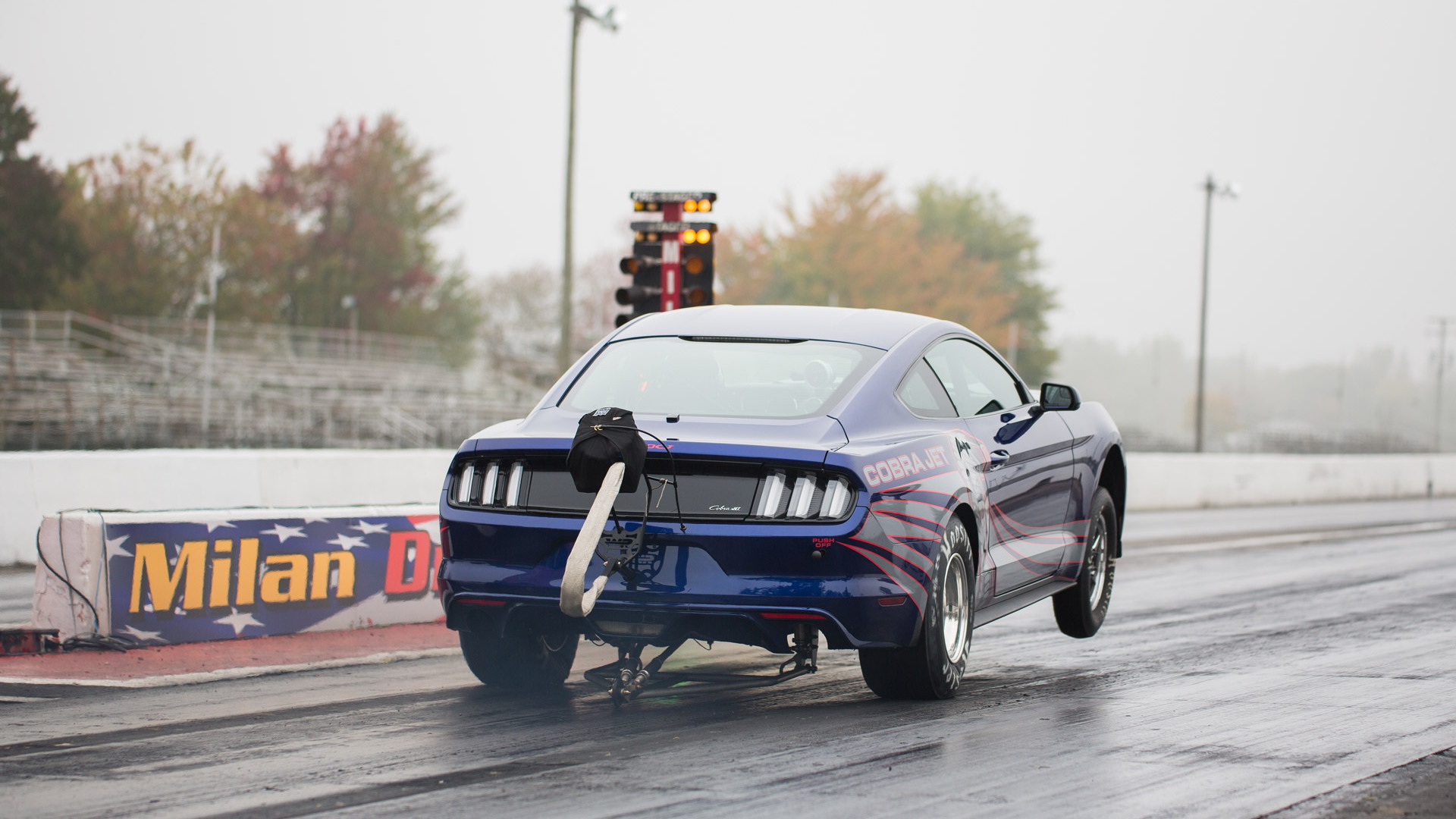 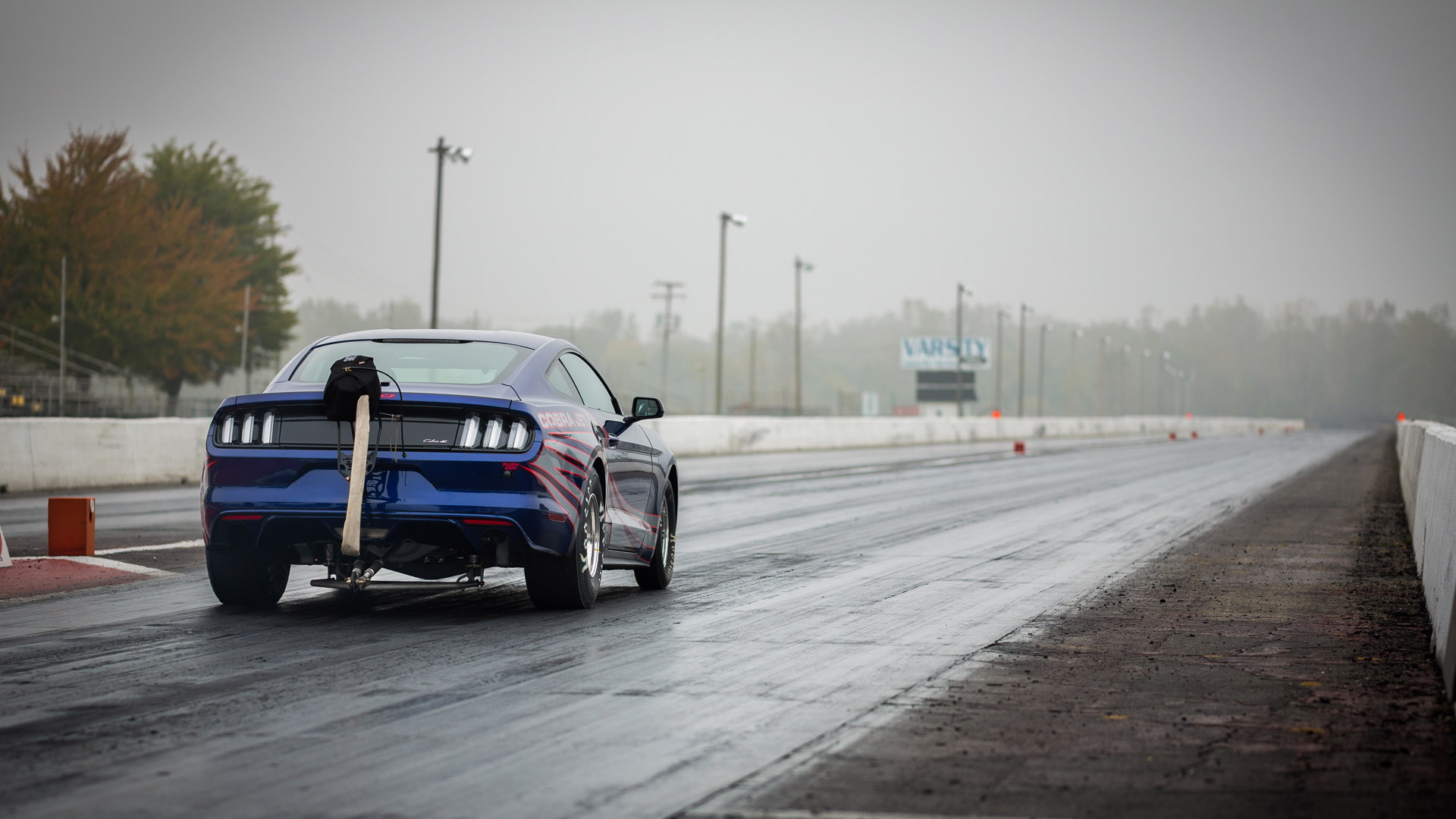 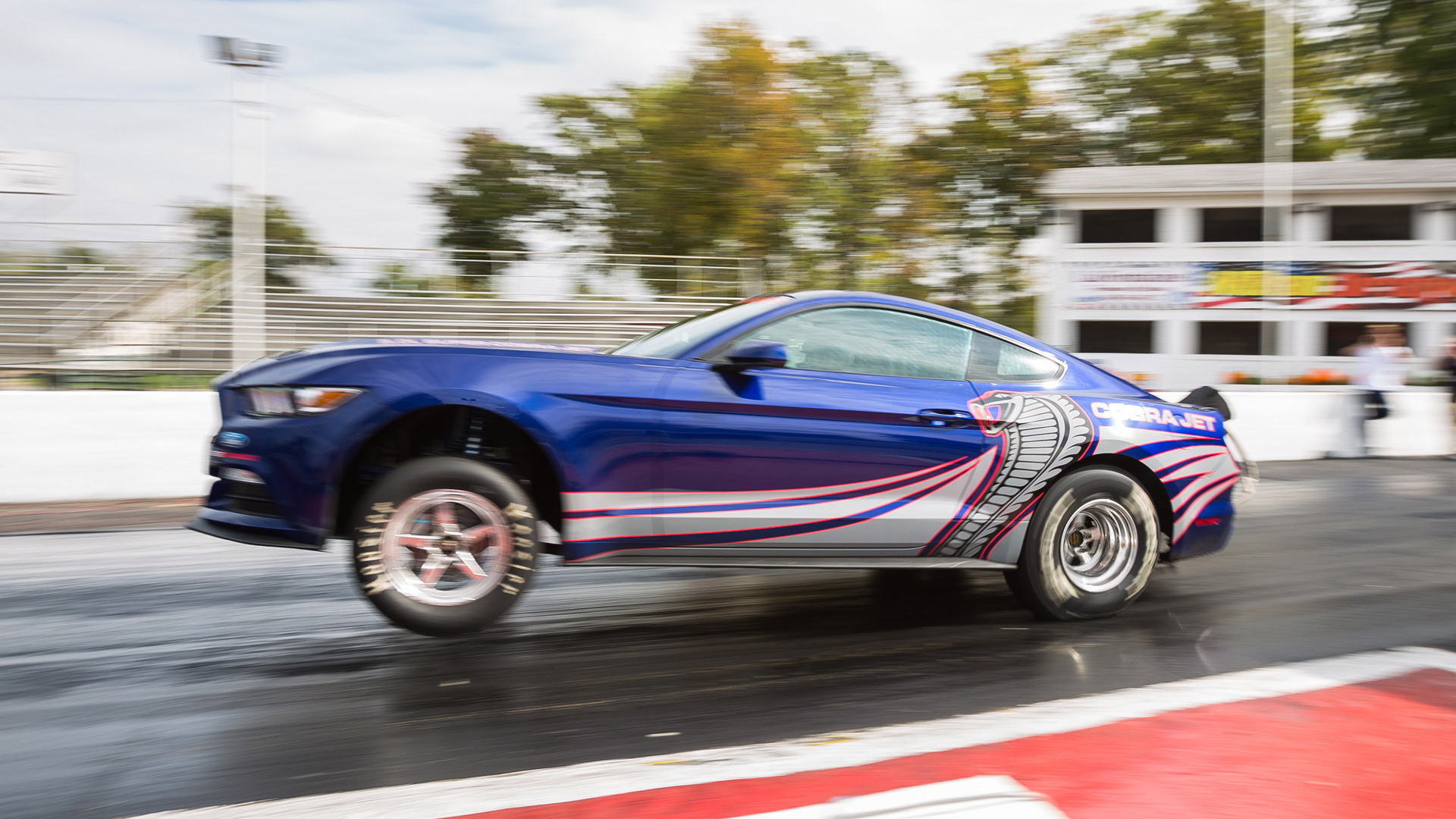 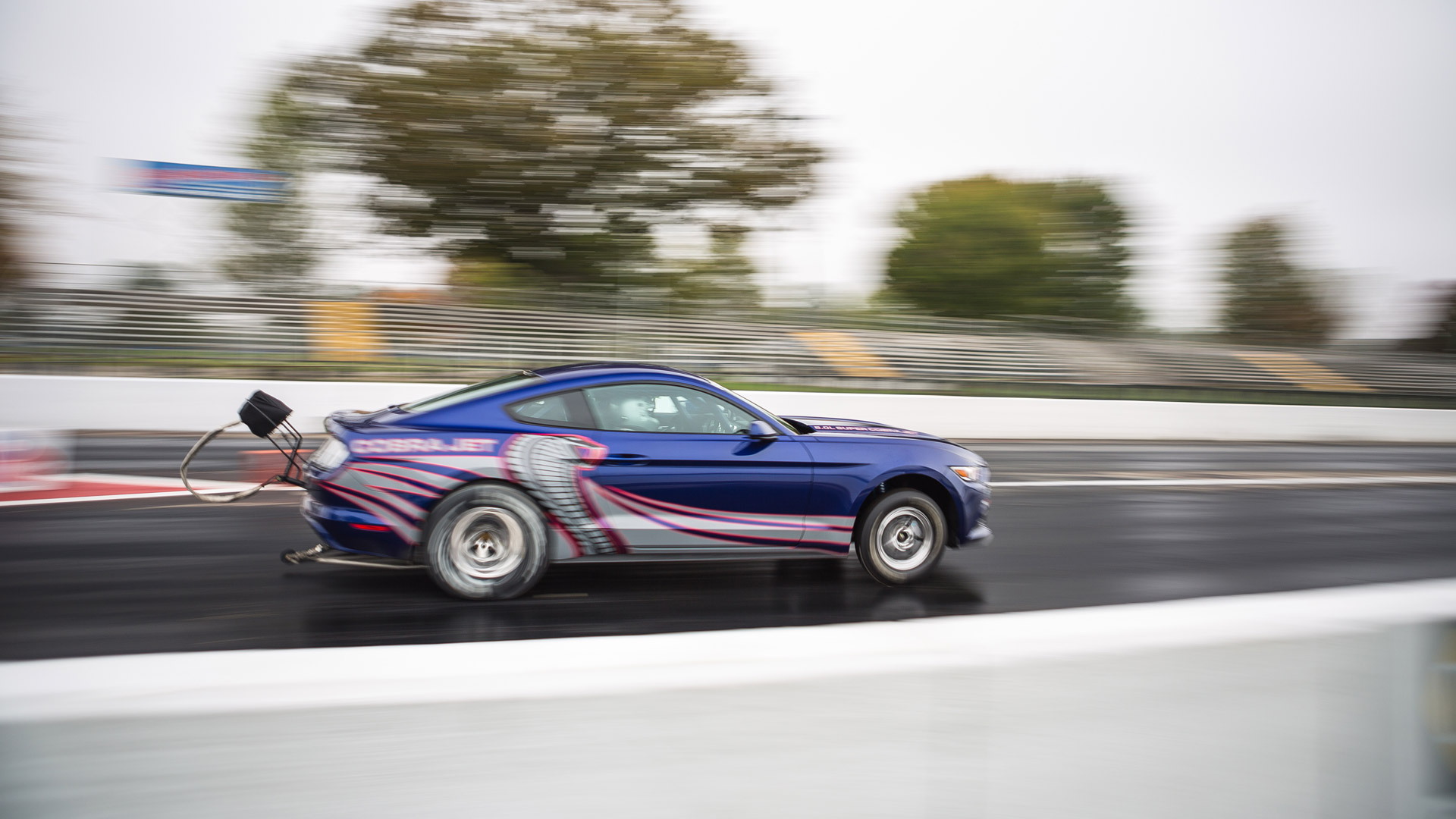 After taking a break last year, the Ford Motor Company [NYSE:F] Mustang Cobra Jet turnkey drag racer is back, and it’s quicker than ever. The latest version, which debuted this week at the 2015 SEMA show in Las Vegas, is based on the sixth-generation Mustang, and according to Ford it’s capable of an 8.0-second quarter mile straight from the factory.

The car's V-8 engine shares as much as 75 percent of its parts with the road-going Mustang GT. This was important as the designers wanted highly proven components that were shown to be durable, efficient and well-engineered.

One of the key changes made to the basic Mustang platform included the replacement of the independent rear suspension with a solid-axle rear setup—ideal for drag racing. The car also benefited from drag race-specific coil-over shocks and springs, lightweight racing brakes by Strange Engineering, an 8.50-certified roll cage, Aeromotive fuel system with trunk-mounted fuel cell, Corbeau FIA seats, five-point race harnesses and a race-prepped automatic transmission.

The 2016 Mustang Cobra Jet is sold as a performance part without a VIN. Customers can order one by submitting a placeholder order for part number M-FR500-CJ through any Ford dealer in North America. Pricing starts at $99,990, but this can easily be inflated thanks to a long list of parts in the Ford Performance catalog.