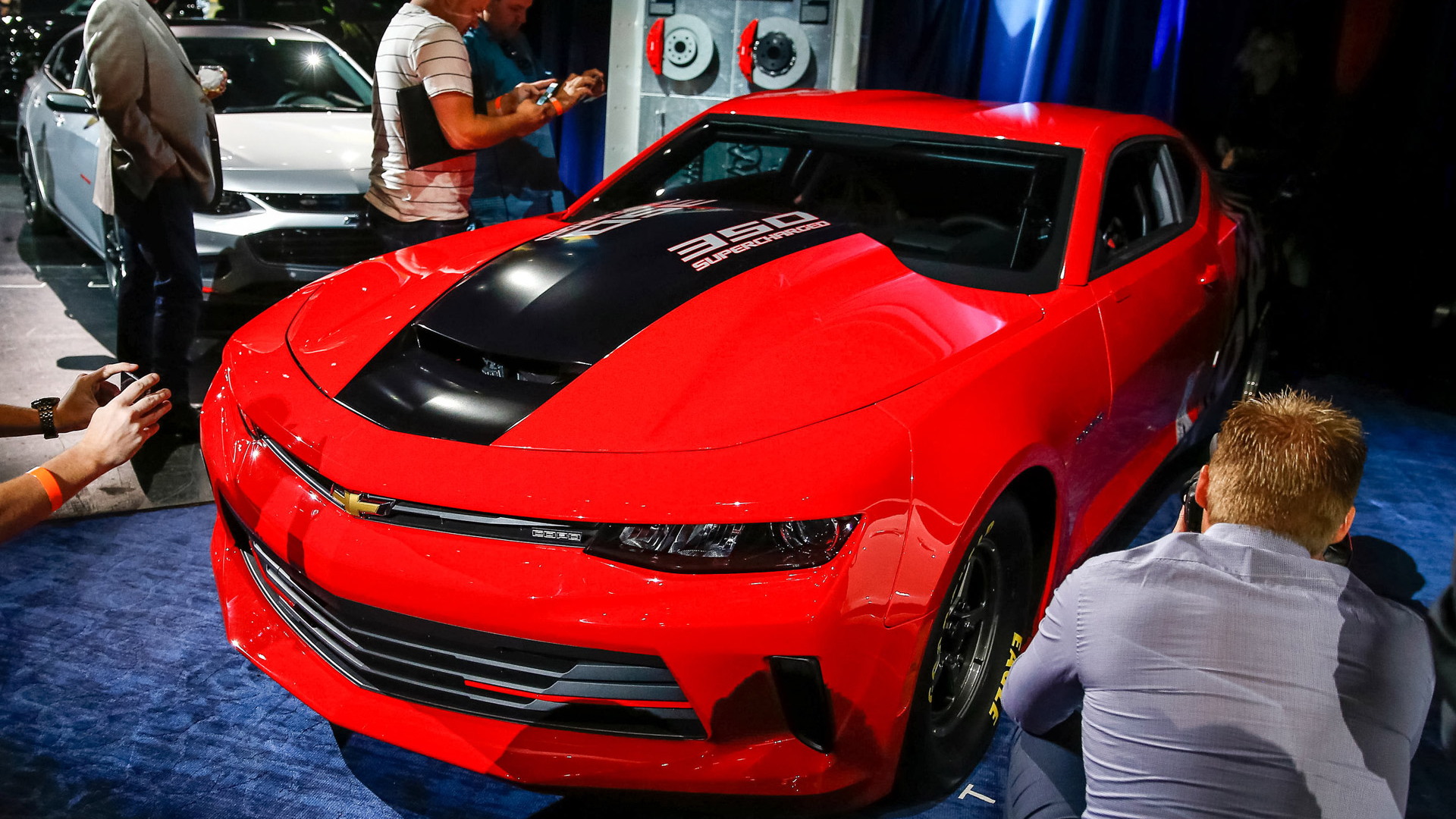 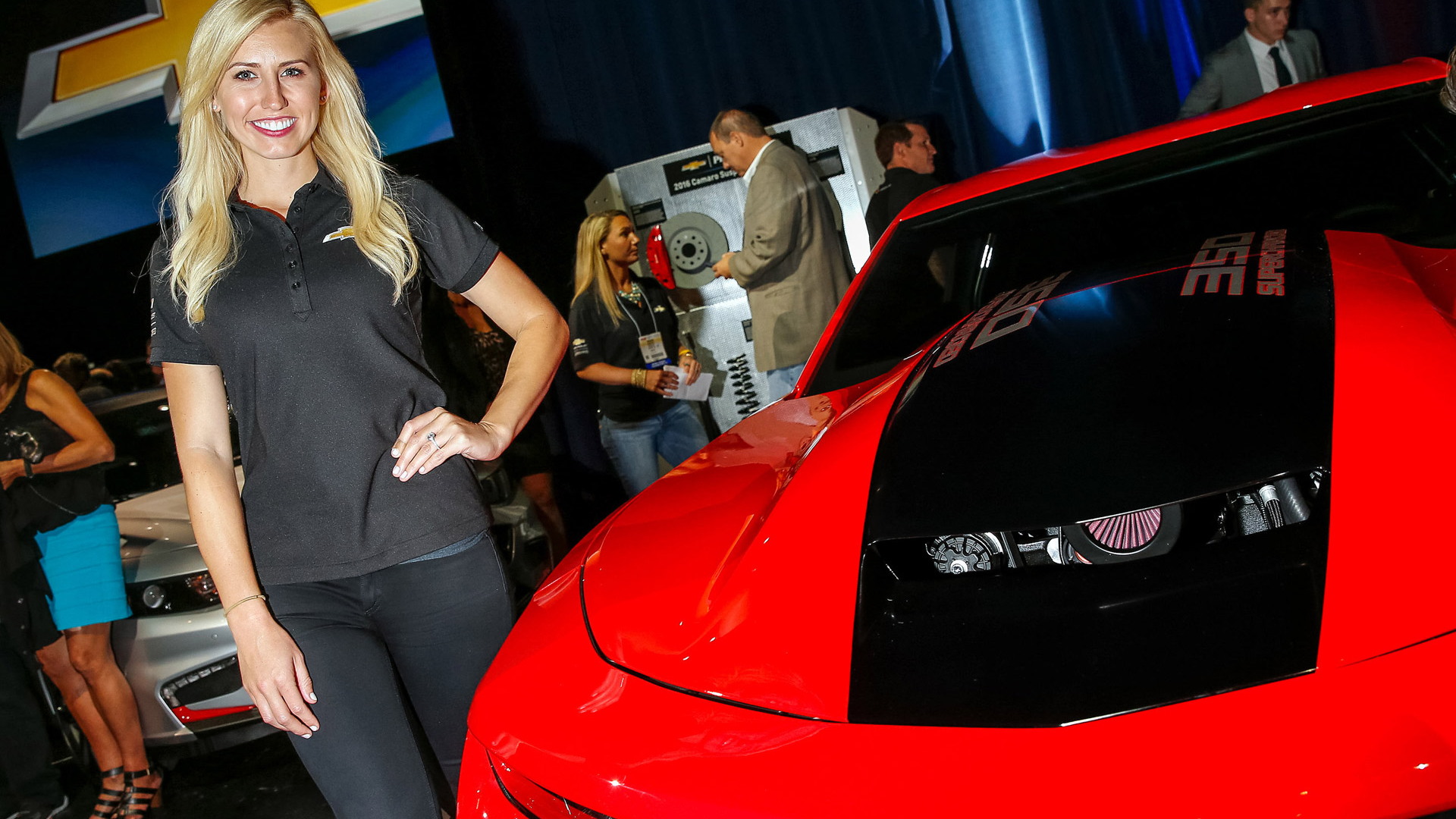 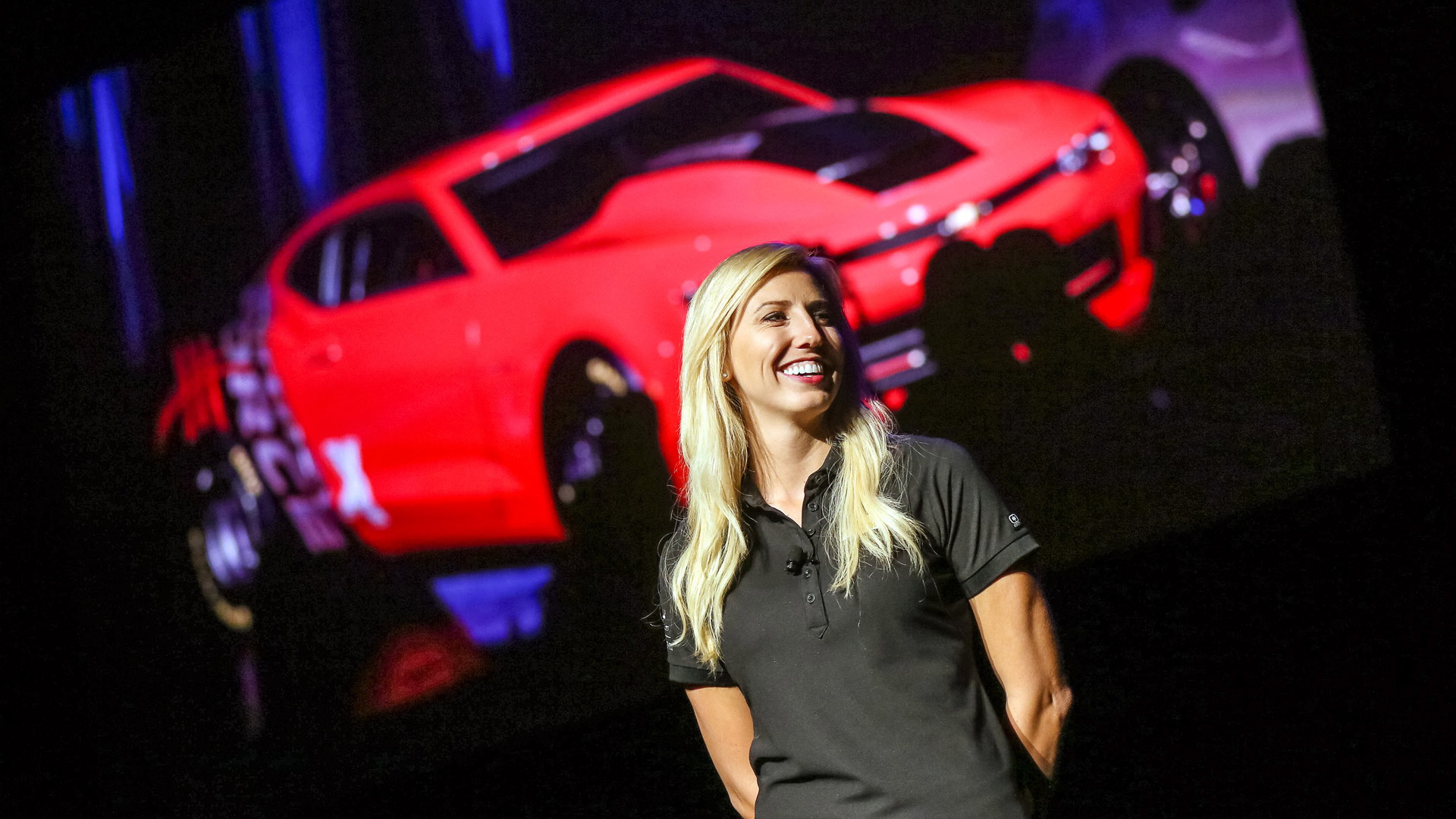 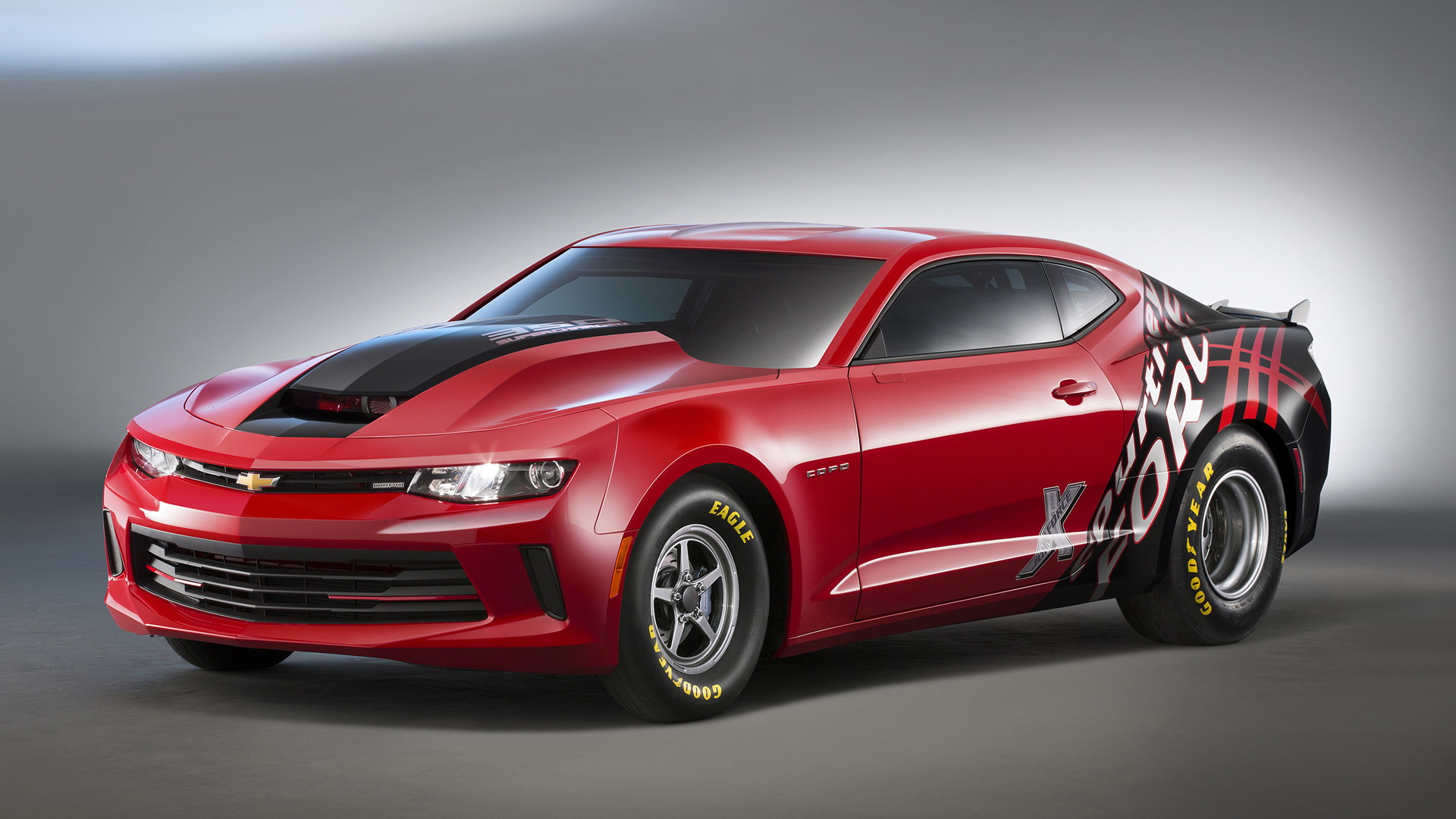 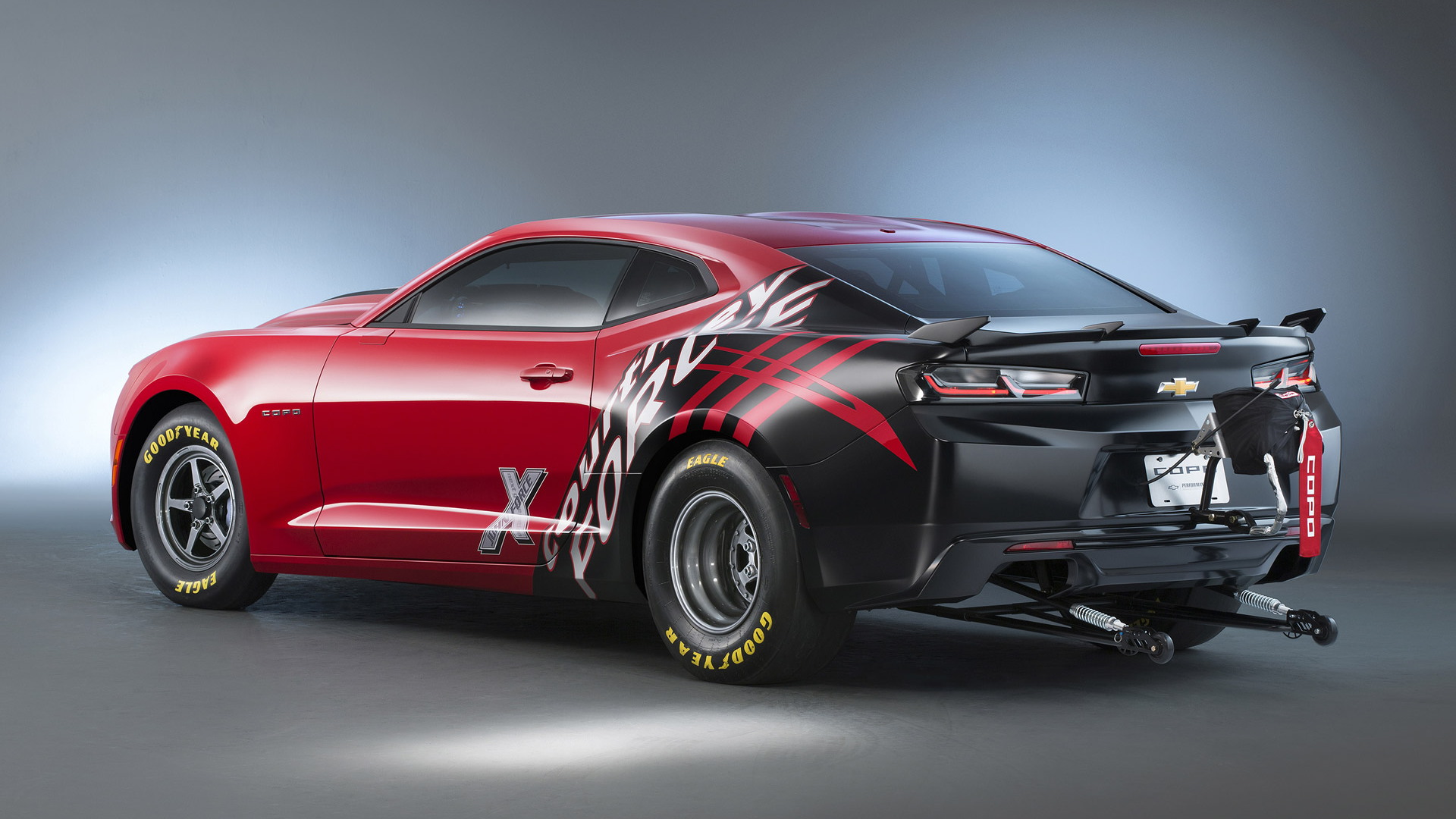 Chevrolet teamed up with NHRA Camaro Funny Car driver Courtney Force to develop a concept previewing the 2016 COPO Camaro based on the all-new, sixth-generation Camaro muscle car. The concept is called the COPO Camaro Courtney Force, and it made its debut today at the SEMA show in Las Vegas, Nevada.

Though a concept, it’s pretty much identical to the 2016 COPO Camaro going on sale later this year. As in previous years, the latest COPO Camaros are designed for NHRA’s Stock and Super Stock Eliminator classes and just 69 will be built for the 2016 motorsport season. Anyone interested must register at chevrolet.com/performance/copo-camaro.

Being based on the lighter and stronger platform of the sixth-generation Camaro, the 2016 COPO Camaro should offer improved performance compared to the outgoing model. Recall that structural rigidity of the new Camaro is up 28 percent, while the body-in-white mass was reduced by 133 pounds. The aerodynamic performance is also said to have been improved over the previous car, Chevy tells us.

The COPO Camaros are extensively modified, though. They are fitted with racing chassis and suspension components, including a unique solid rear axle system in place of a regular-production Camaro’s independent rear axle. Other mods include adjustable strut-type front suspension, an aluminum center section featuring a spool-type differential and 40-spline gun-drilled axle shafts, a high-pressure fuel pump and unassisted rack-and-pinion steering.

When it comes to the engine choice, buyers can select from a variety of supercharged and naturally aspirated LS- and new LT-range units, depending on their intended NHRA Stock and Super Stock classes. Some options include a supercharged 5.7-liter V-8, a naturally aspirated 7.0-liter V-8 and an all-new LT-based 6.2-liter V-8. The engines are backed by a racing-prepped Turbo 400 three-speed automatic transmission.

This COPO Camaro Courtney Force is unique in that it features a livery developed by Force in collaboration with Chevy’s design team. In case you’re interested in this particular COPO Camaro, it will be auctioned off at a Barrett-Jackson sale in 2016, with the proceeds going to the United Way charity organization.