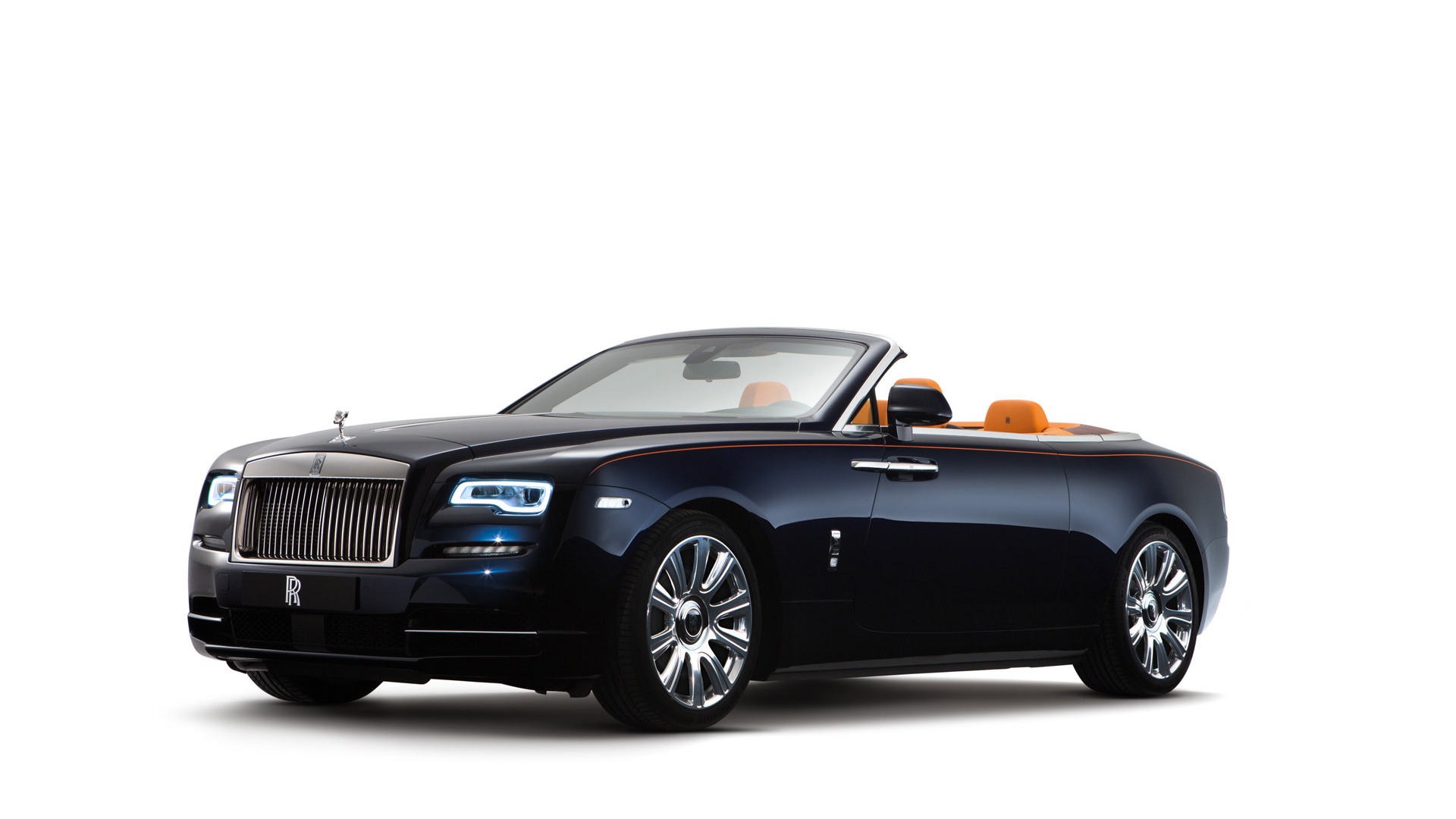 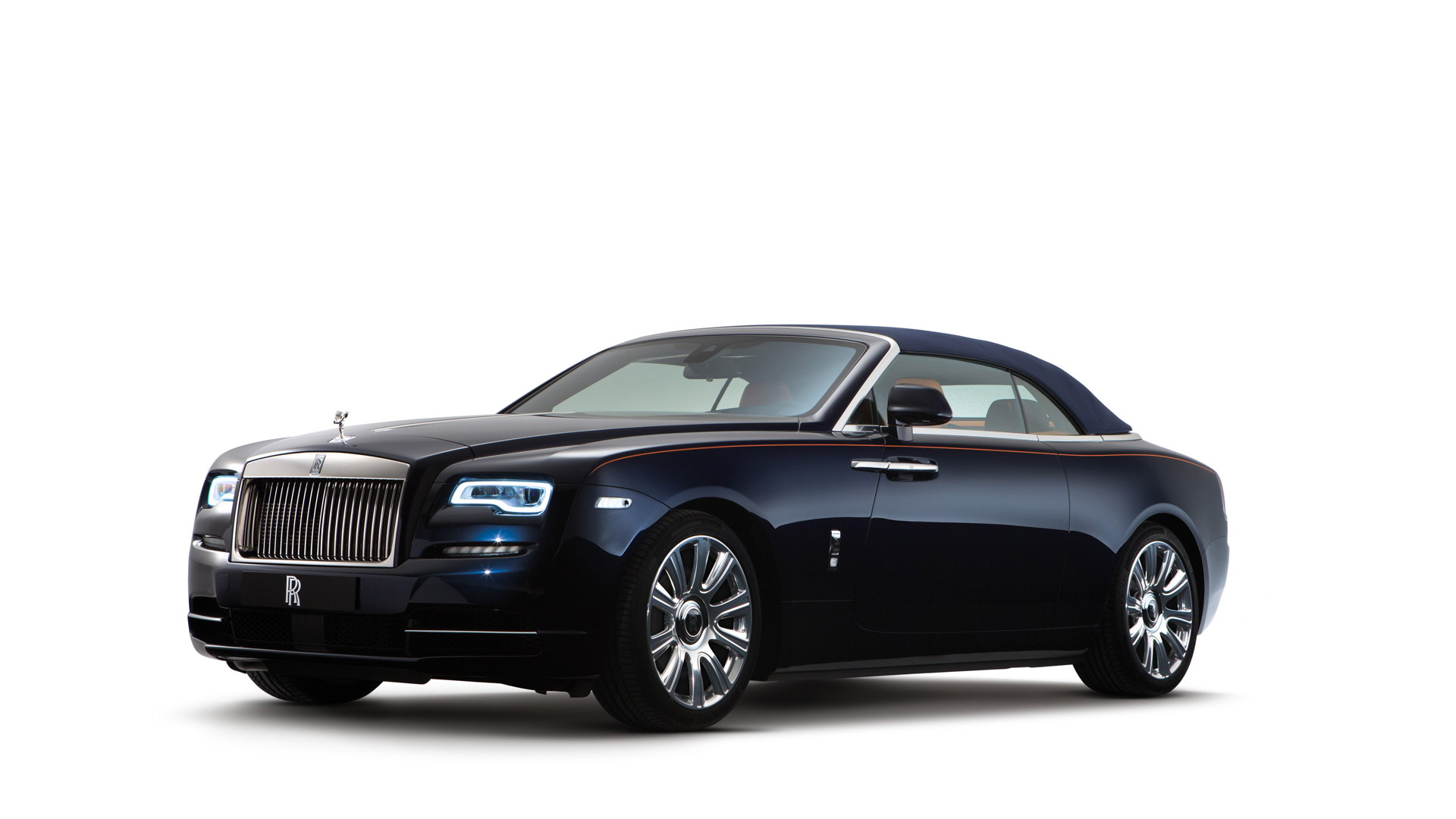 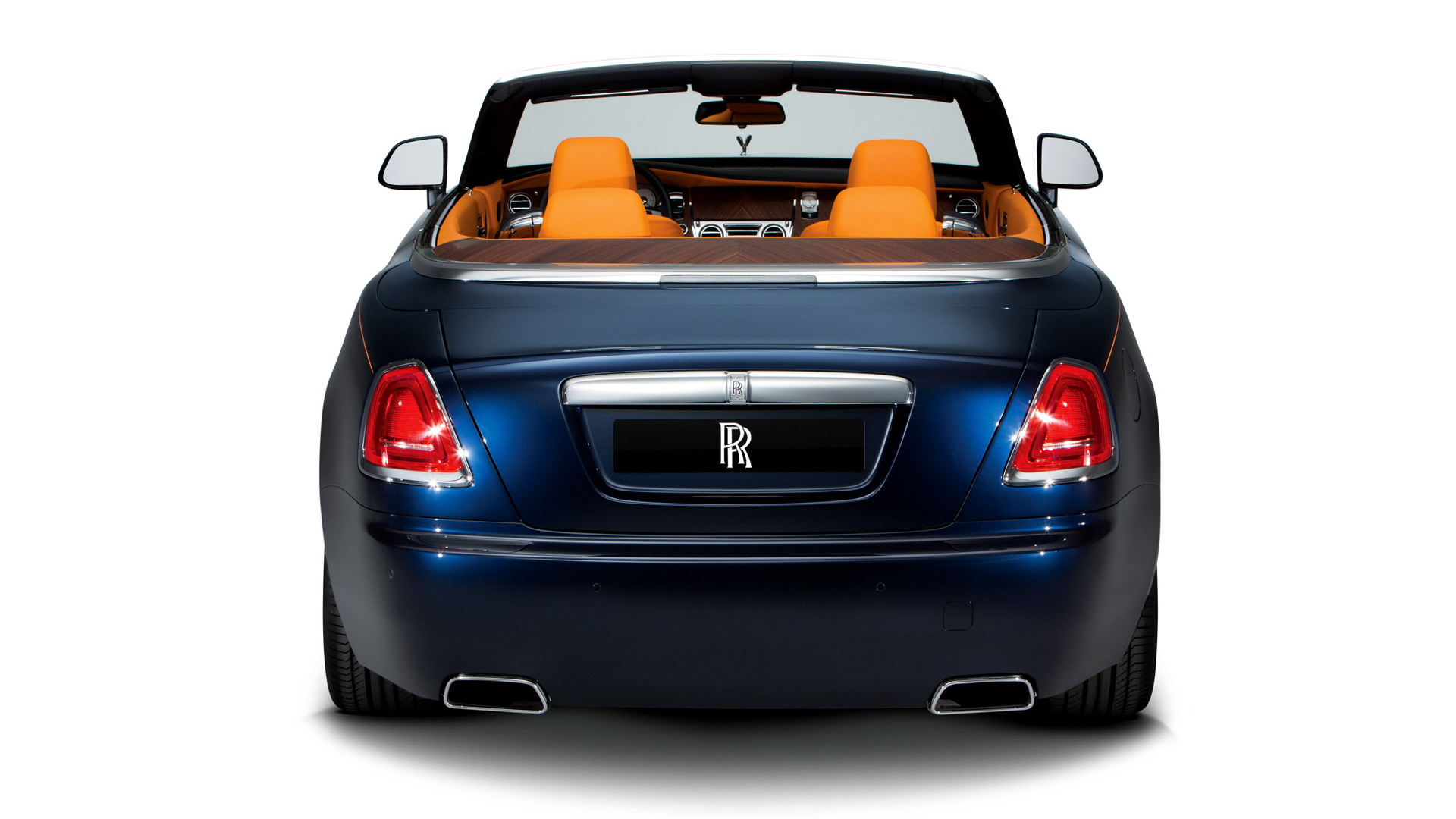 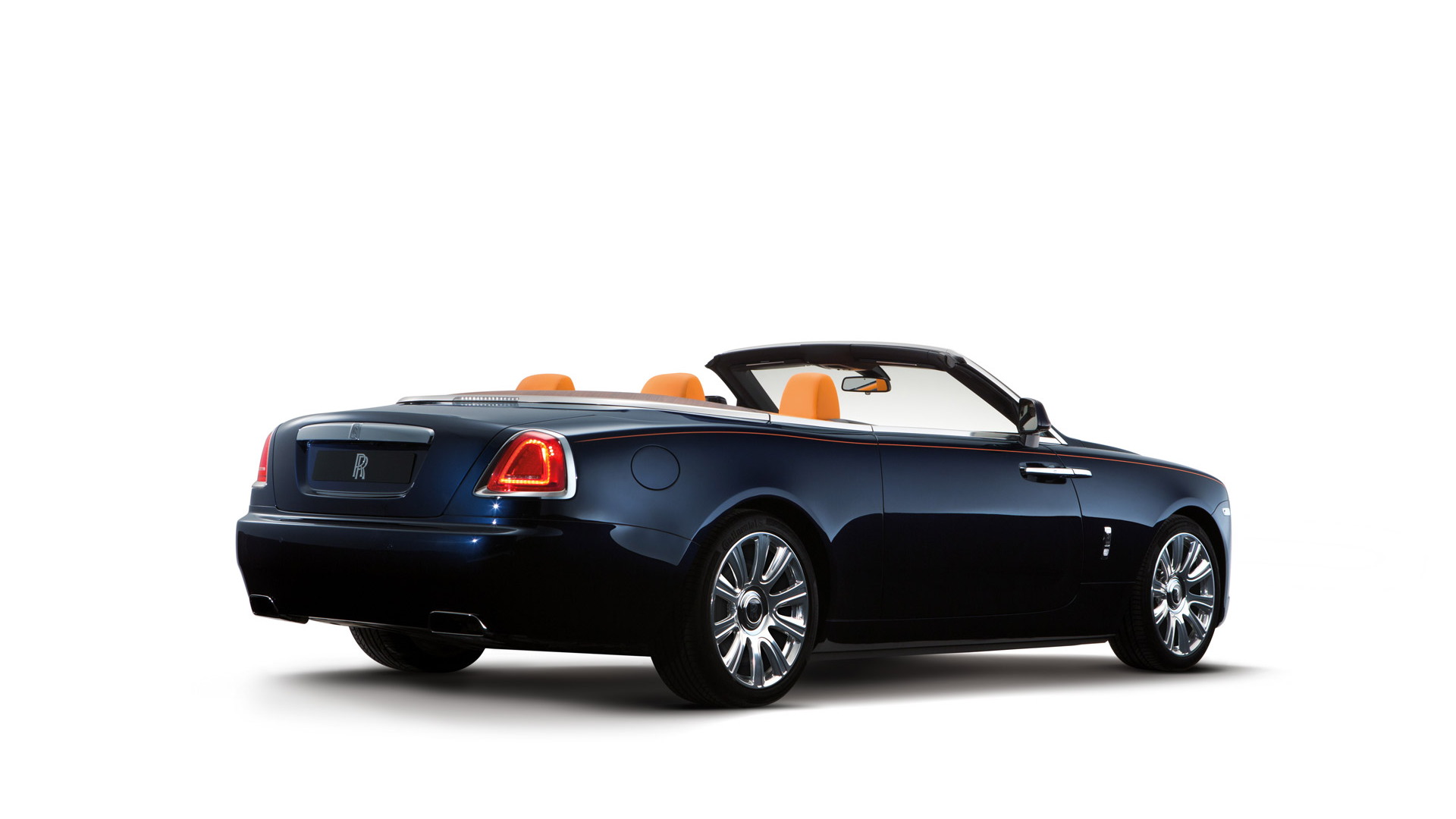 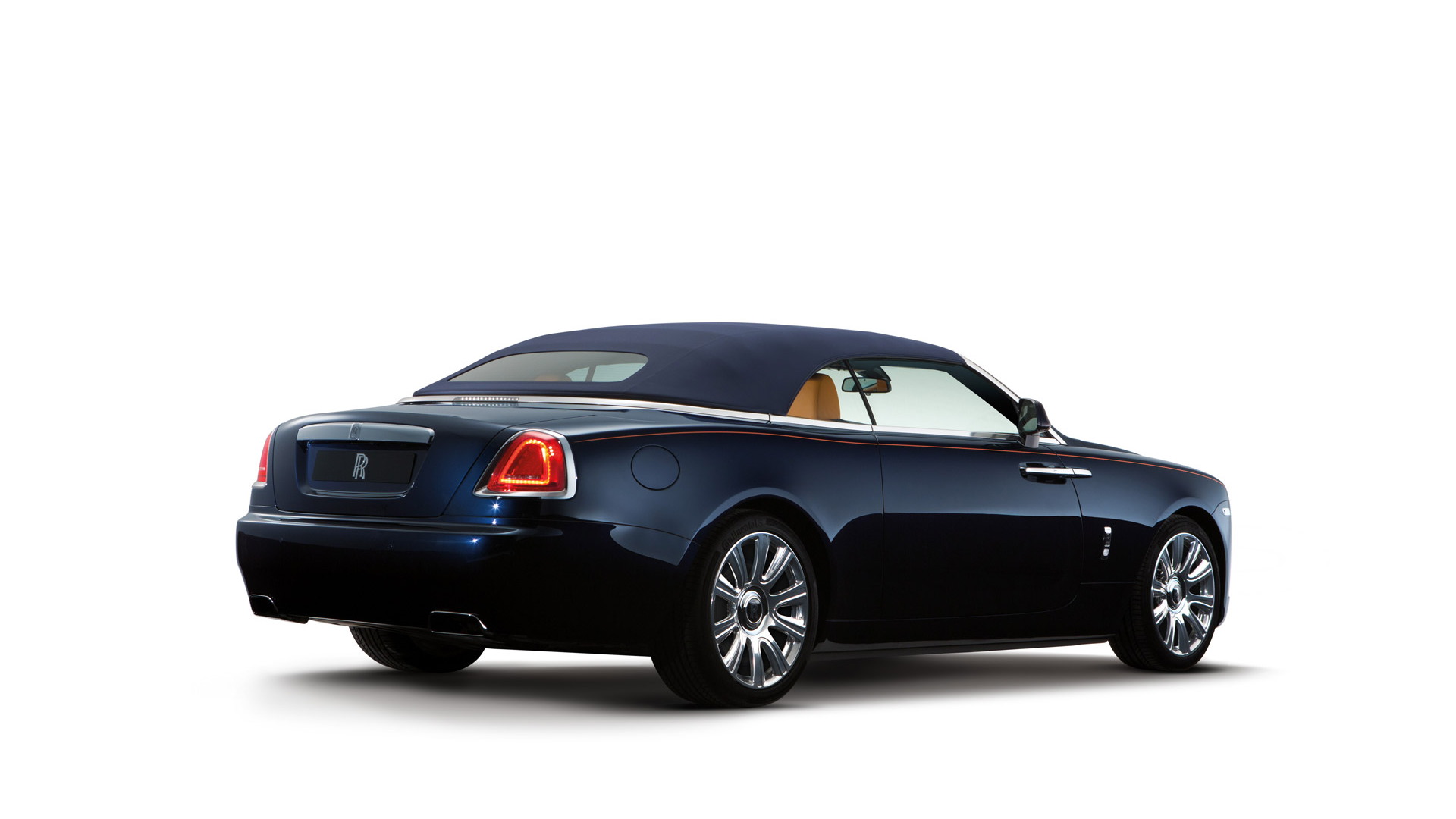 Rolls-Royce is introducing a new model to its lineup of ultra-luxurious rides in the form of the Dawn convertible, which the automaker describes as the “sexiest” car it’s ever built. Due for a formal debut at next week’s Frankfurt Auto Show, Rolls-Royce previewed the vehicle today at its home in Goodwood, England.

The name is one Rolls-Royce first used on the Silver Dawn of 1949. It was the first Rolls-Royce to be offered with a factory-built body and just 28 of them were dropheads, built between 1950 and 1954. Now there’s a new Dawn, and it’s set to go on sale early next year as a 2016 model.

The Dawn is essentially a convertible version of the handsome Wraith coupe, which itself is more or less a Ghost sedan minus the rear doors. However, thanks to subtle enhancements made to the body and interior, the car has a persona all of its own. Rolls-Royce tells us that 80 percent of the body panels are unique.

The lower, sleeker Dawn is slightly wider, but much shorter, than the Ghost. But despite this shorter length, it remains a true four-seater, so no one sitting in the rear will have to worry about being feeling cramped like in some rival 2+2 models. At the rear is an expansive deck with premium wood paneling that traces the horse-shoe shape of the rear cabin and extends into the interior.

And then, of course, there’s the roof, which has received specific engineering and manufacturing attention. It’s said to deliver the same silence of the Wraith coupe when up and can be lowered in almost complete silence in just over 20 seconds at speeds of about 30 mph.

Access to the cabin is via rear-opening ‘coach’ doors. The first impression upon entering is of the four separate bucket seats, in front of which sits an instrument panel that would be familiar to anyone who has been in a Ghost or Wraith. Special touches include individually applied polished metal chaplets around the instrument dials that evoke the precision design of hand-made, luxury watches. In addition, a new clock design featuring the Dawn name has been added.

Under the long hood sits the same twin-turbocharged 6.6-liter V-12 as found in the Wraith and Ghost. Peak output in the Dawn registers at 563 horsepower and 575 pound-feet of torque, with drive headed rearward via an eight-speed automatic transmission. Here, Rolls-Royce has installed its Satellite Aided Transmission technology which utilizes GPS data to read the road ahead and prepare gear shifts accordingly.

Pricing is yet to be announced but we’re told that the starting figure should be around $325,000. That would see the Dawn with a healthy gap between the $290k Wraith and $475k Phantom Drophead Coupe.

Stay tuned for live photos from the Frankfurt Auto Show, more coverage of which you can access via our dedicated hub.