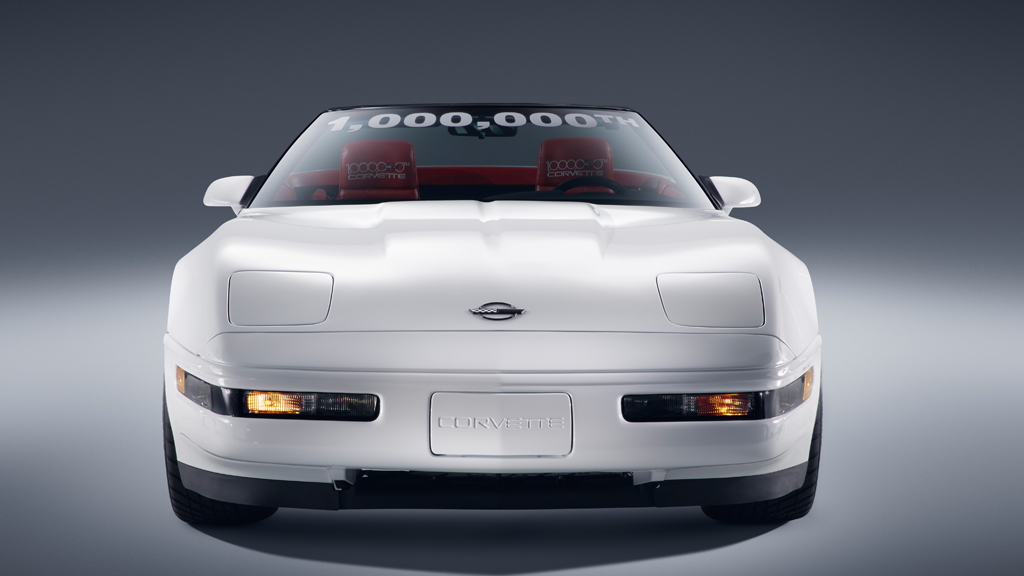 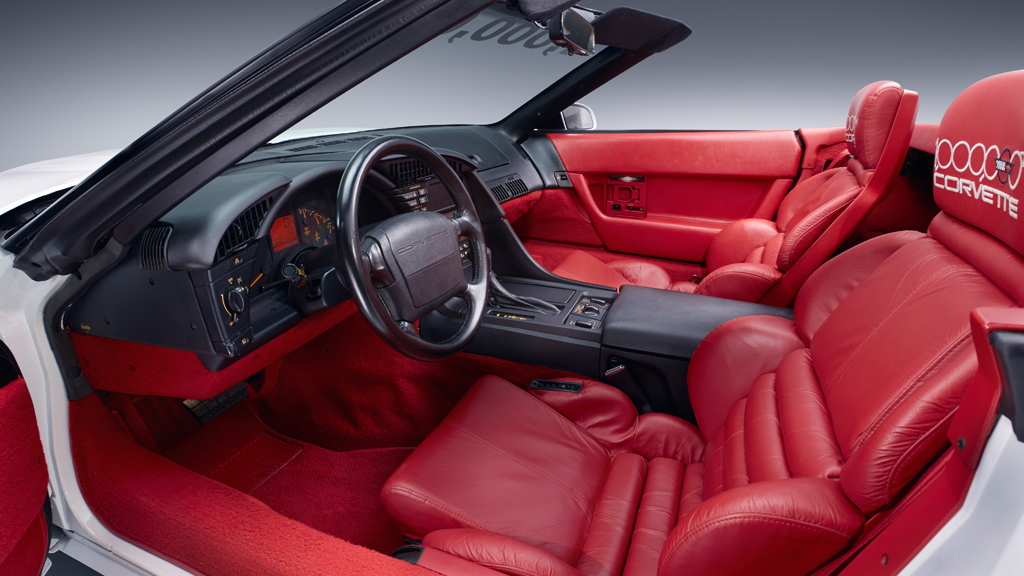 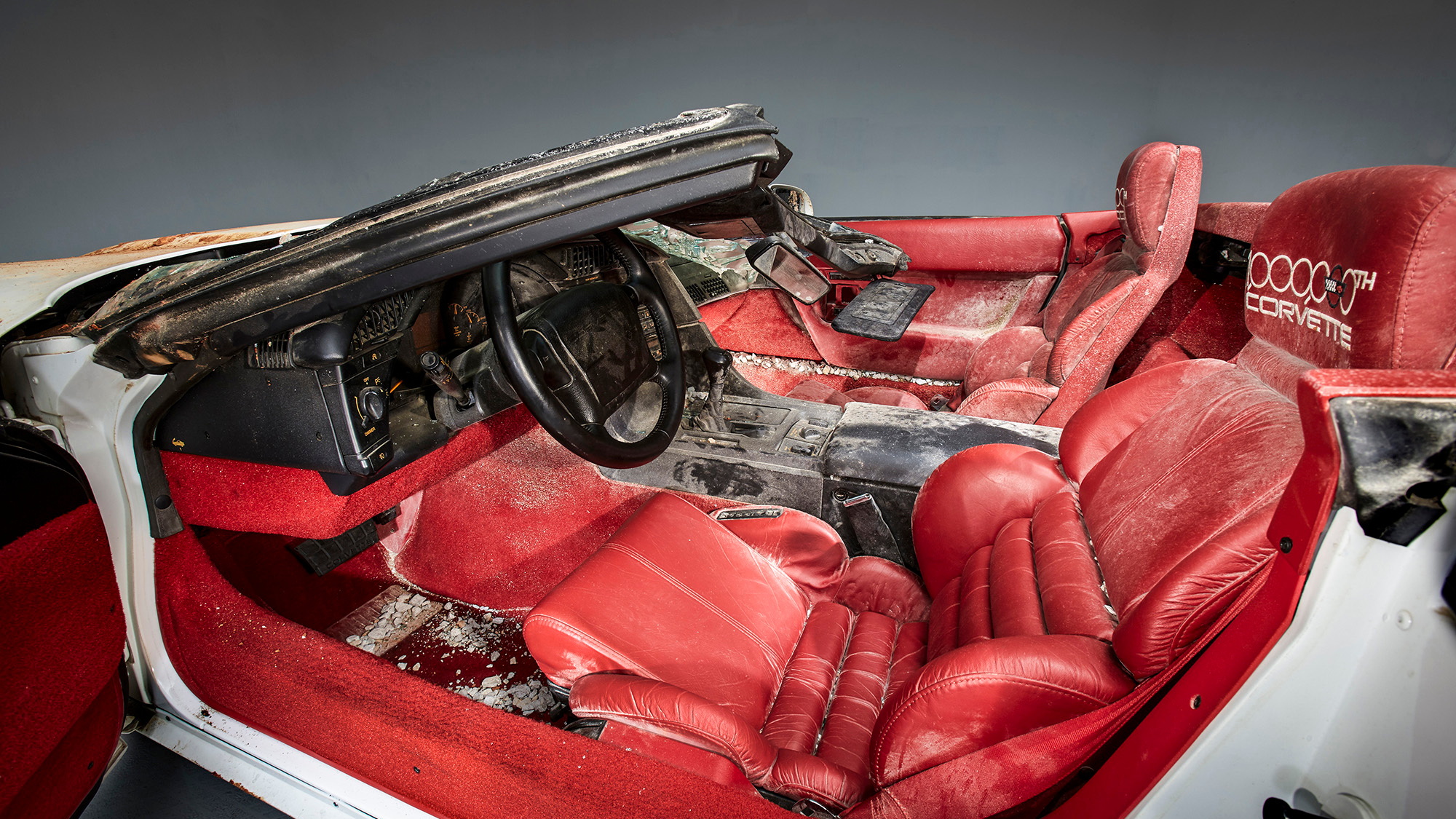 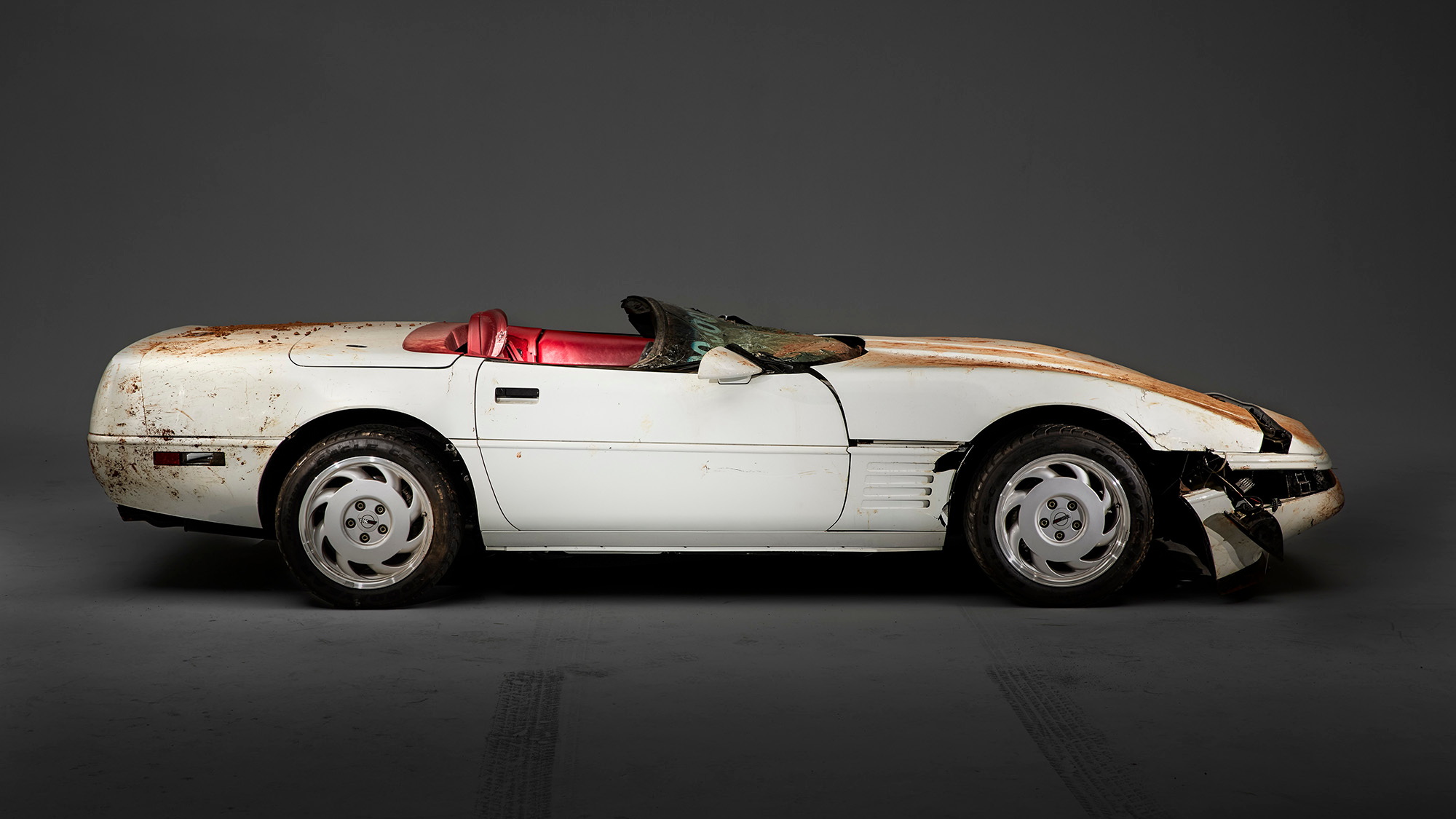 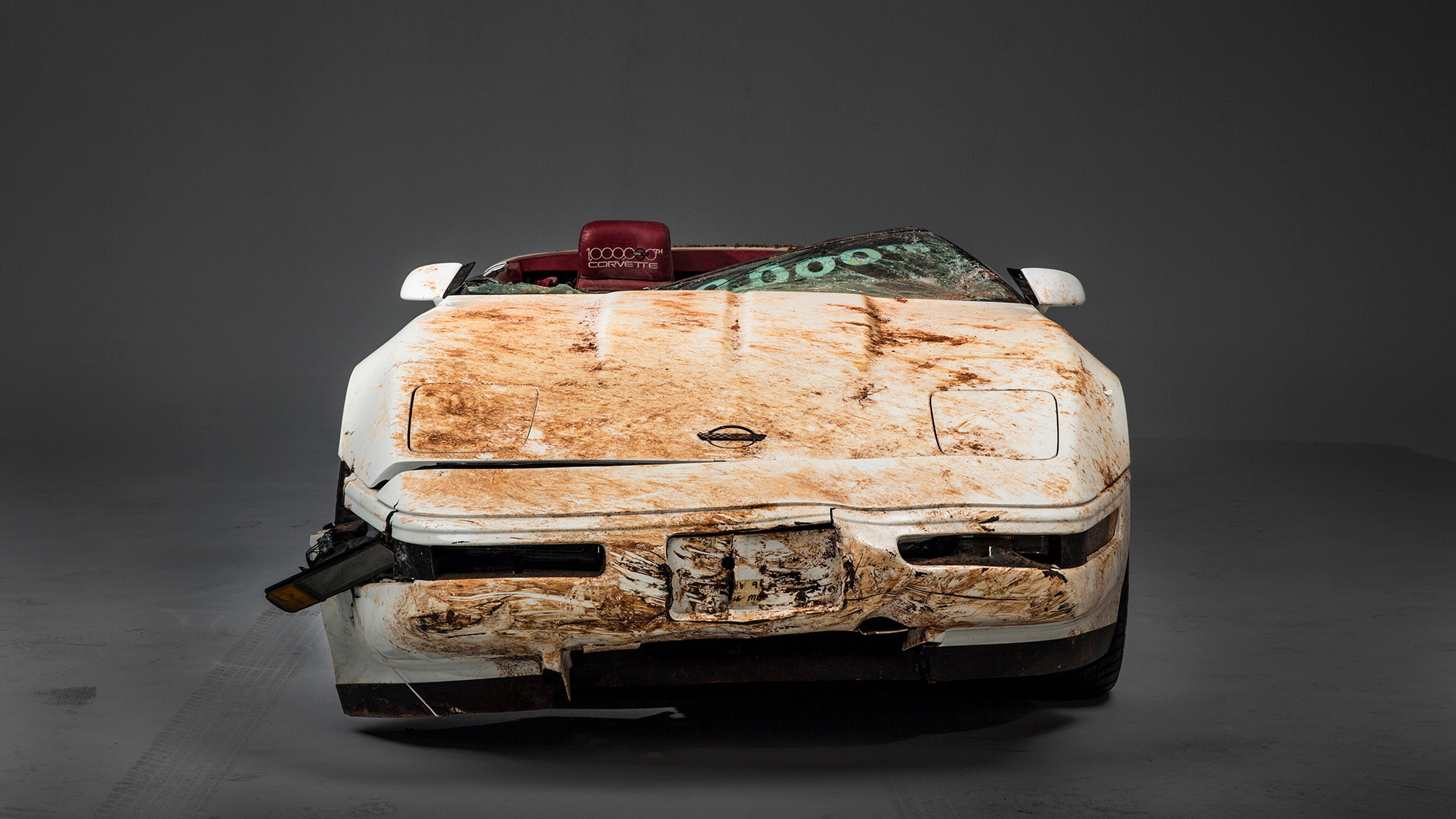 We're sure you remember back to February 2014, as that was when a giant sinkhole opened up beneath the Corvette Museum in Bowling Green, Kentucky. In the rubble of the ugly aftermath, those surveying the damage found that eight of museum pieces wound up with varying degrees of damage. Despite this, Chevrolet said t it would help bring some of the cars back to life. Now the second of two restored vehicles has been returned to the museum.

The car you see here is the 1,000,000th Corvette to roll off the assembly line. It's painted white on the outside and features a red leather interior, just as the very first Corvette did in 1953. Chevrolet had a heck of a job on its hands as you can see when you view the post-sinkhole-recovery photos. The car was pretty trashed.

When the Corvette fell into the sinkhole, the front-sub frame was damaged. That required straightening to correct. The wheels were damaged as well, but they were able to be reconditioned and then fitted with the original Goodyear Eagle GS-C rubber they used to wear. The instrument panel was removed and had its leather replaced, while the employee signatures beneath it were preserved. Somewhat unbelievably, the engine and transmission were all fine.

Across the windshield of the car sits a vinyl banner that signifies that this car is the 1,000,000th Corvette produced. Chevrolet actually had the originally graphic file stored on a computer and were able to reproduce the banner exactly as it was. This car bears a number of signatures on it from a wide range of people, and one of them couldn't be replicated as it was too damaged. That John Hancock belonged to an assembly employee named Angela Lamb. GM tracked her down, and got a new signature from her, to further ensure this car is as close to what it used to be.

Seems like a lot of work for a C4, but this is a significant car in the history of the Corvette.