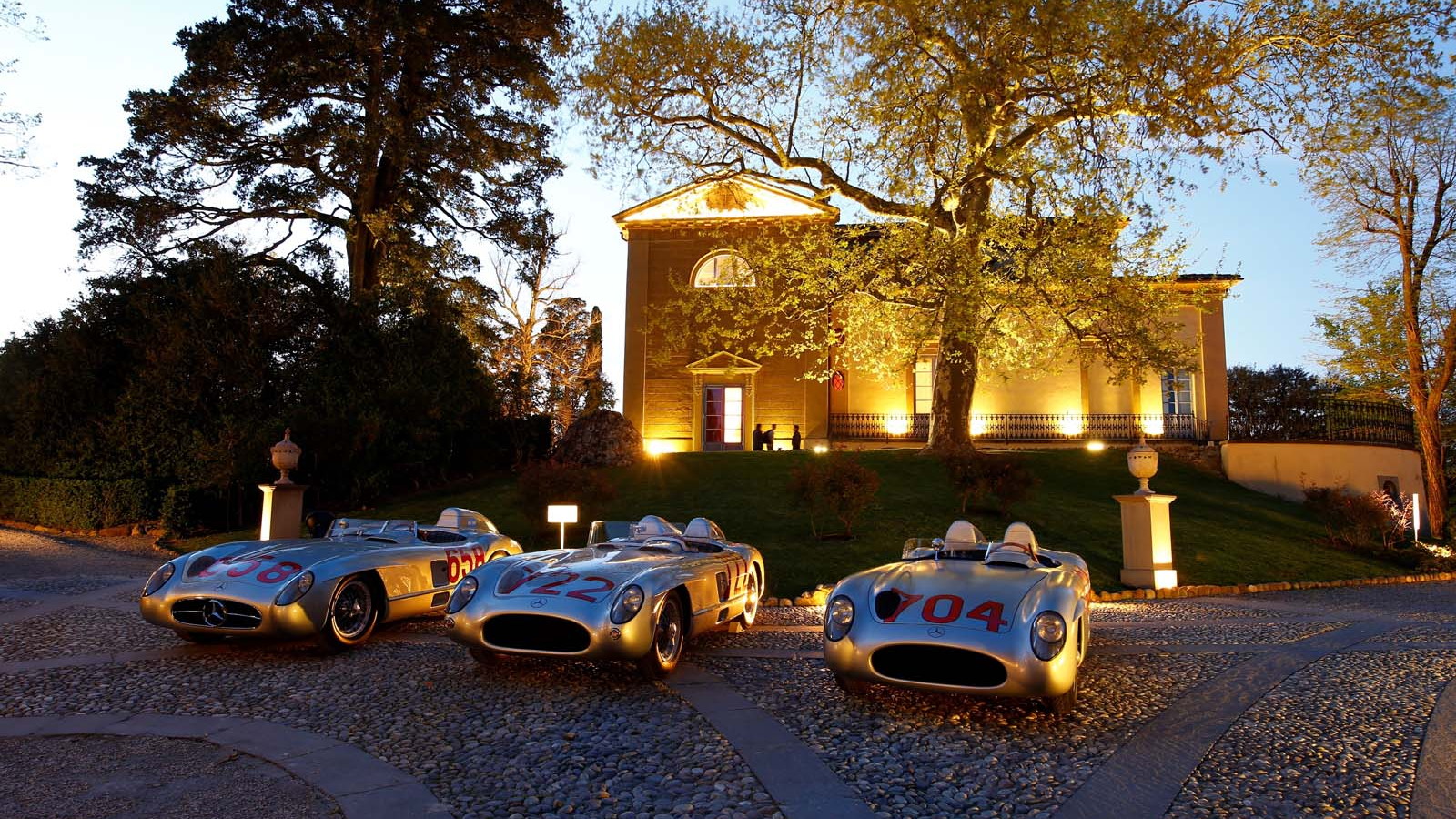 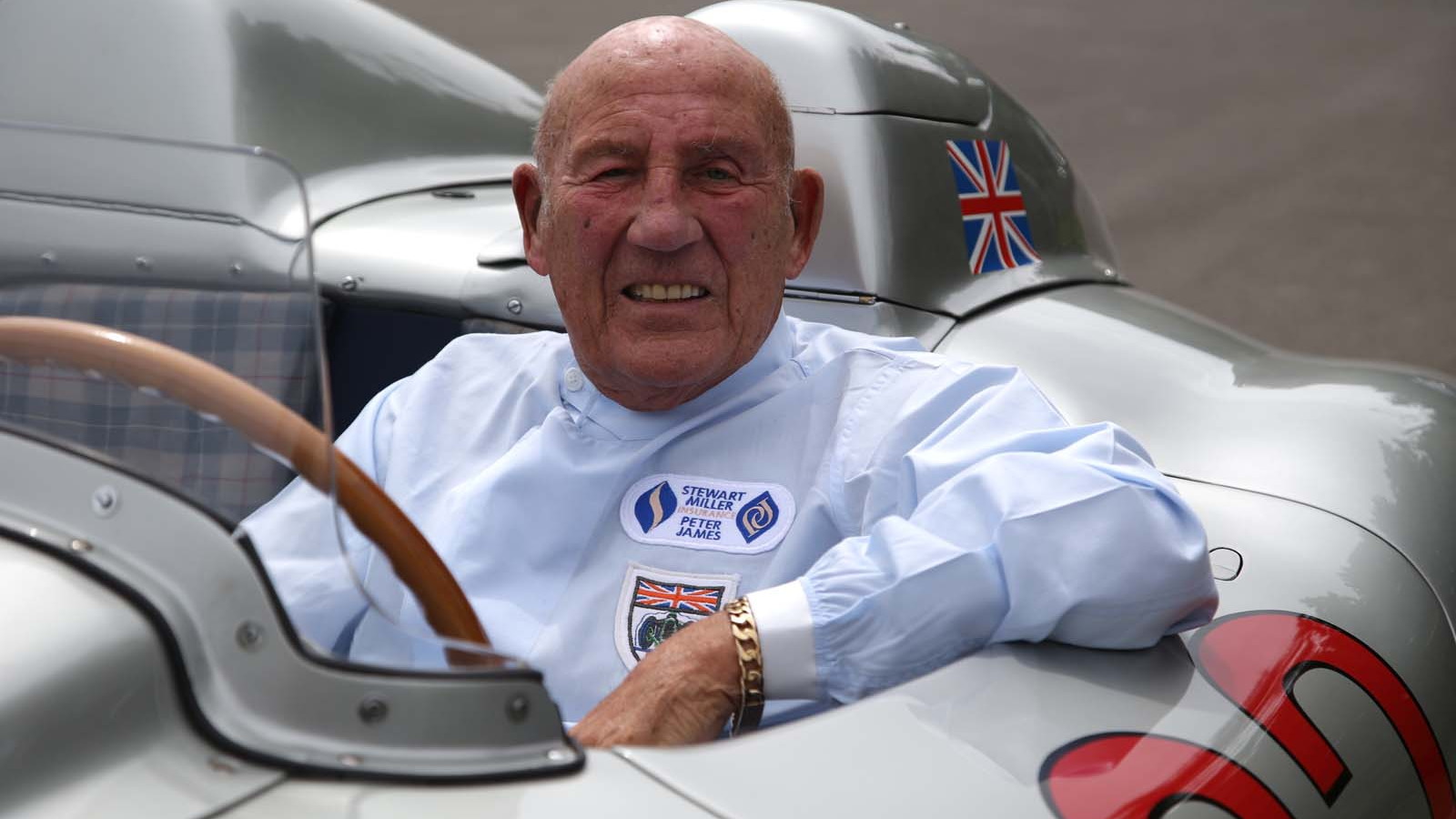 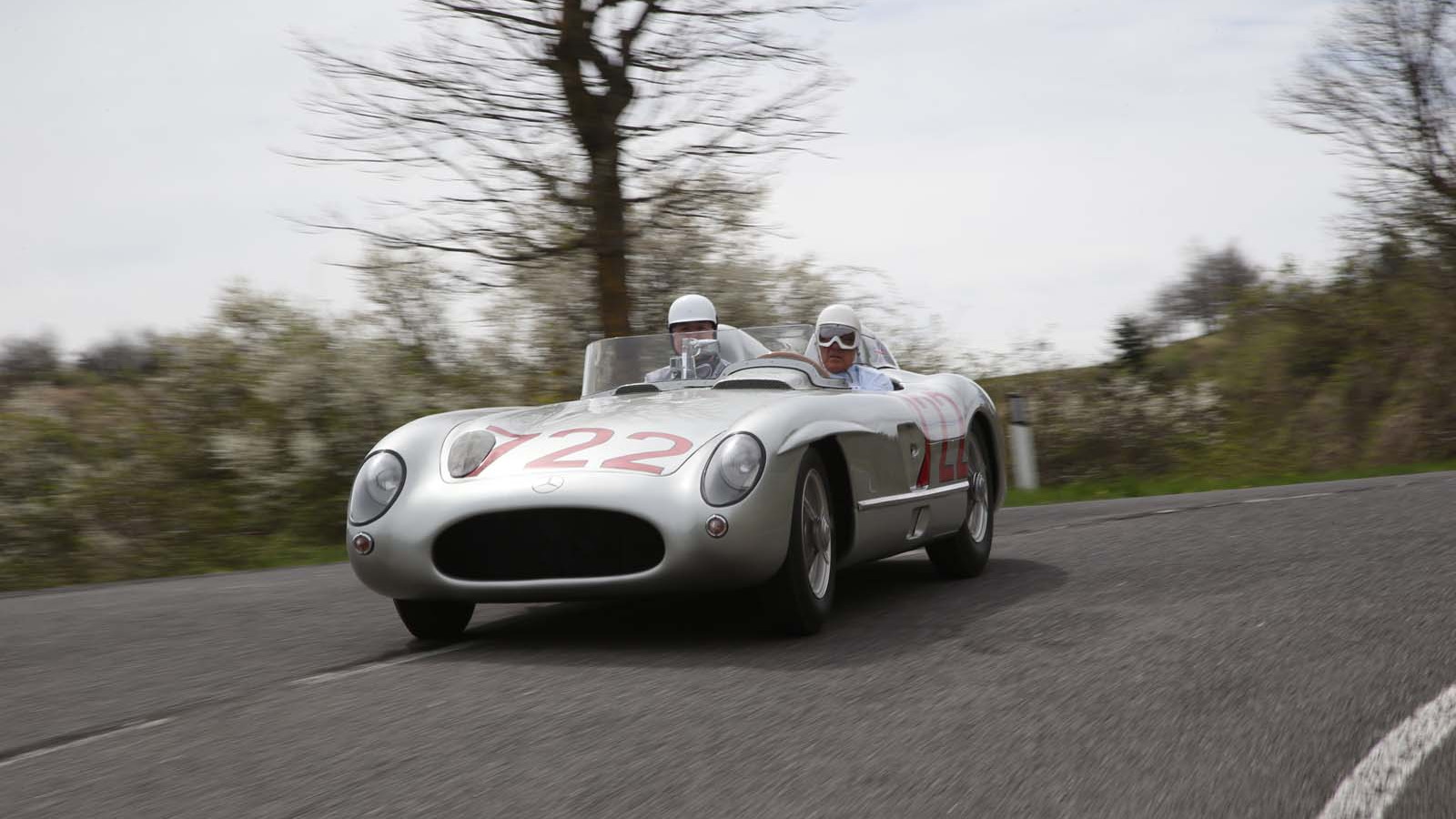 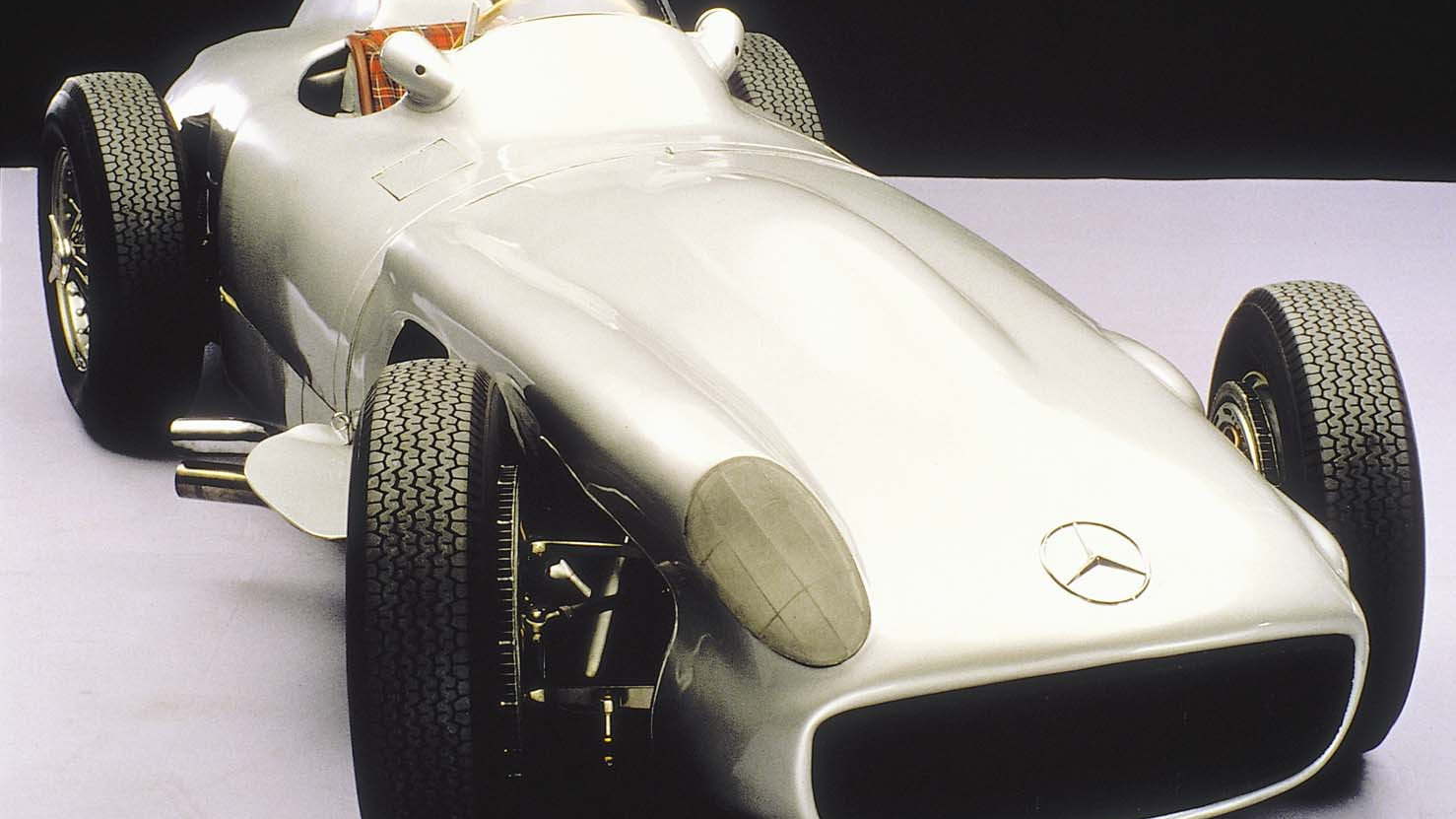 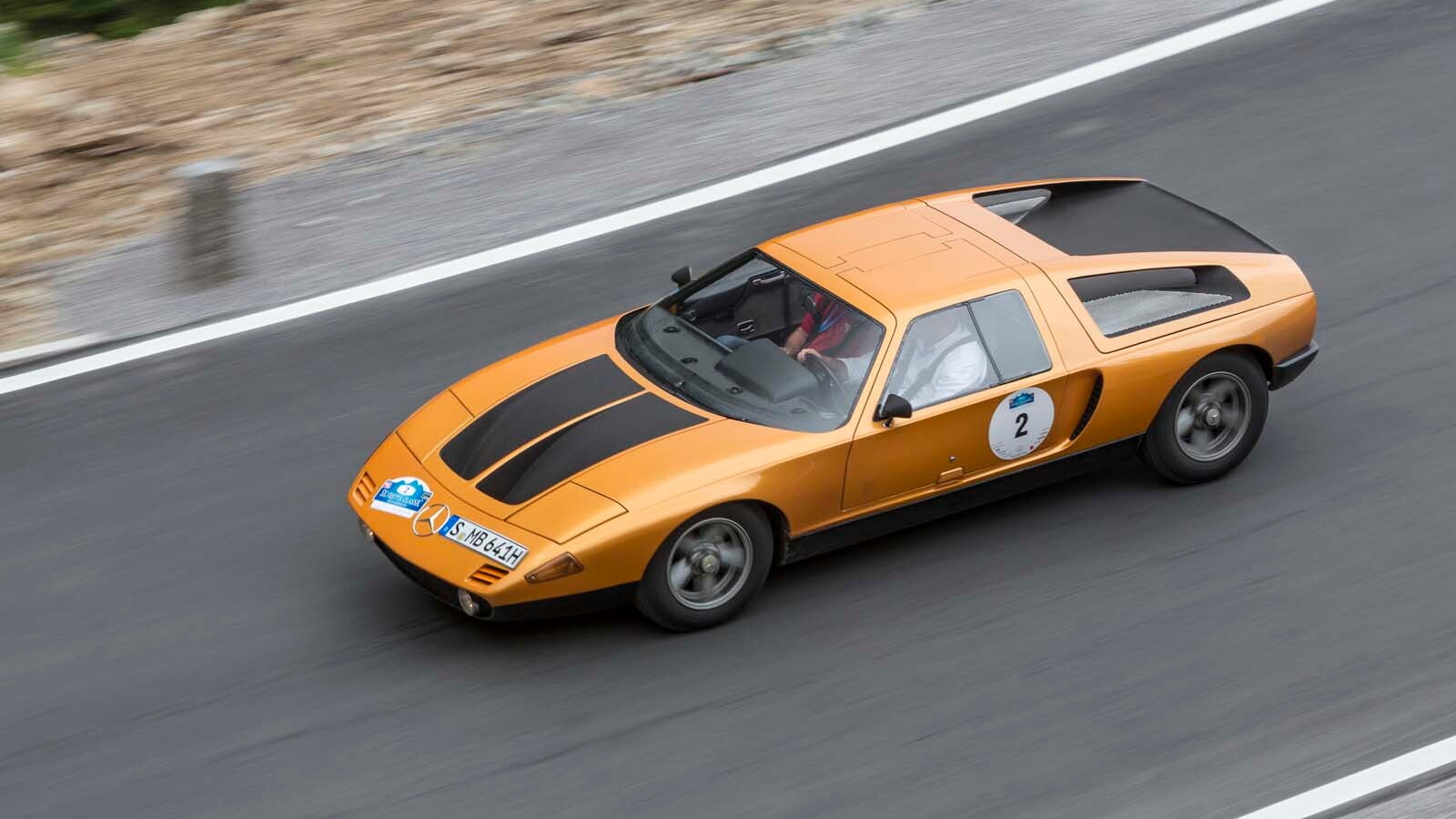 While the legendary 1,000-mile race is no more, Moss' time of 10 hours, 7 minutes and 48 seconds remains unbeaten. To honor the world-renowned driver, Mercedes-Benz will be bringing the very 300 SLR in which he made the record run to the 2015 Pebble Beach Concours d'Elegance. Also on hand will be another trick bit of kit from 1955—the carmaker's W 196 R Formula One car.

The 300 SLR's two passenger configuration—rather than the single seat of the F1 car—makes the pair of cars look radically different, but under the skin they share many similarities in chassis and engine design. Essentially, the SLR's I-8 was a bored-out, alloy-block version of the open-wheel car's mill. Those aspects would have made it ineligible for Grand Prix competition.

Also on hand will be a 1969 C111 development chassis, which the company used to test everything from diesel and Wankel engines to turbocharging systems in the '60s and '70s.

During the Tour d'Elegance, fellow racing luminary—and 24 Hours of Le Mans champion—Jochen Mass will chauffeur Moss in a classic 300 SL "Gullwing." Mercedes-Benz may not have had to worry about bringing one of those rare classics. Their popularity among the enthusiast and collector crowd ensures that at least a few will be present for an event as prestigious as Pebble Beach.