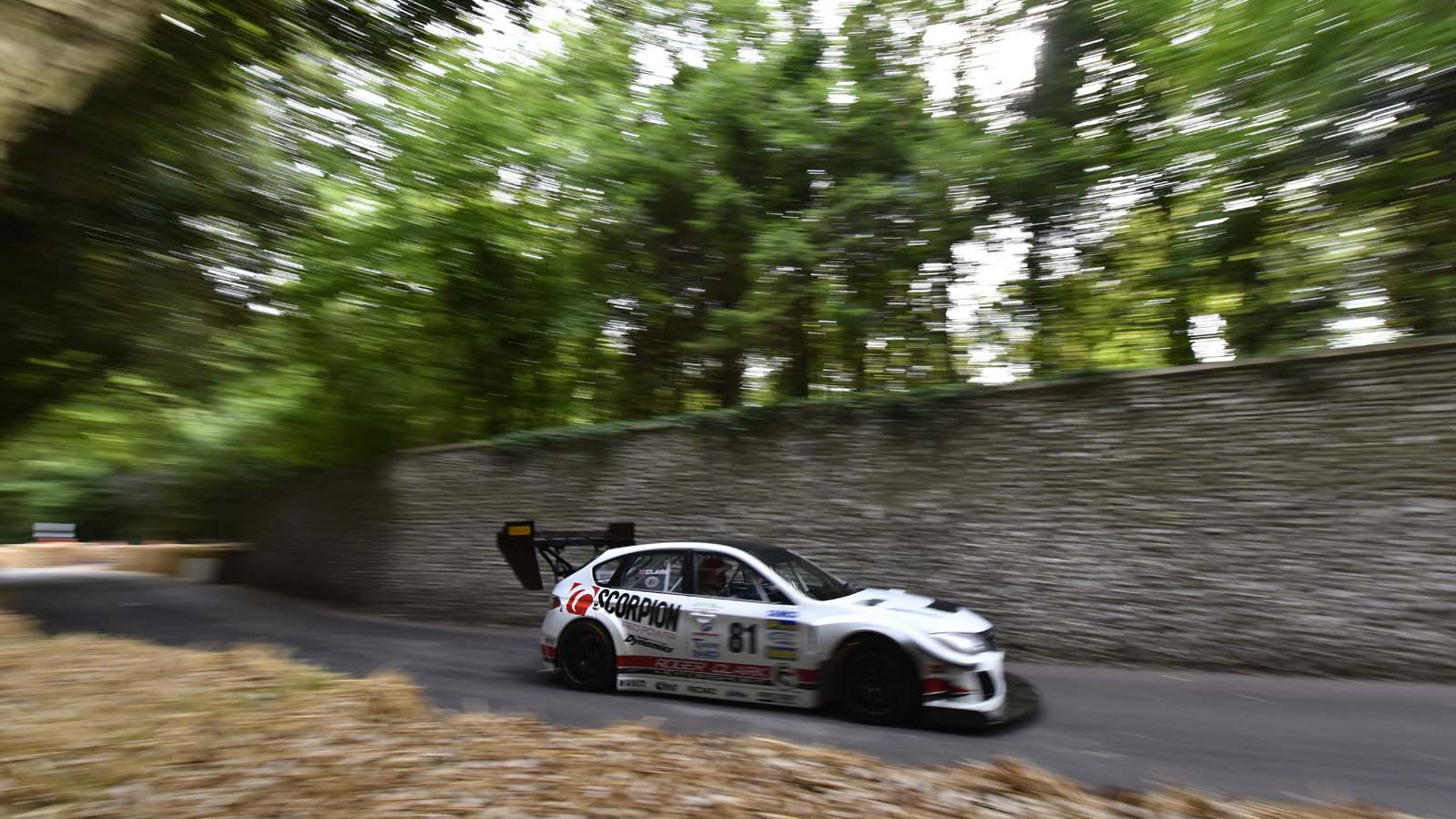 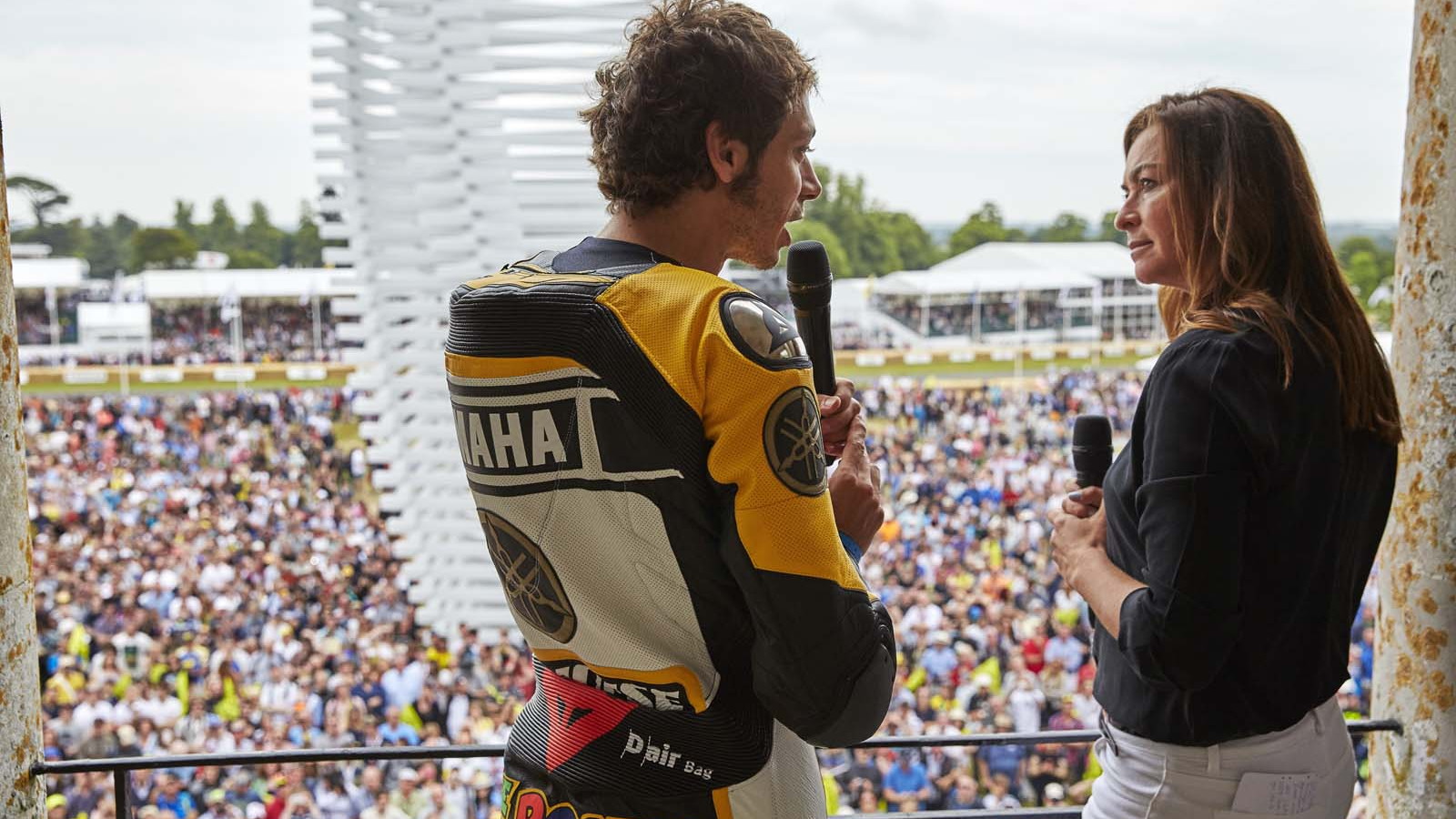 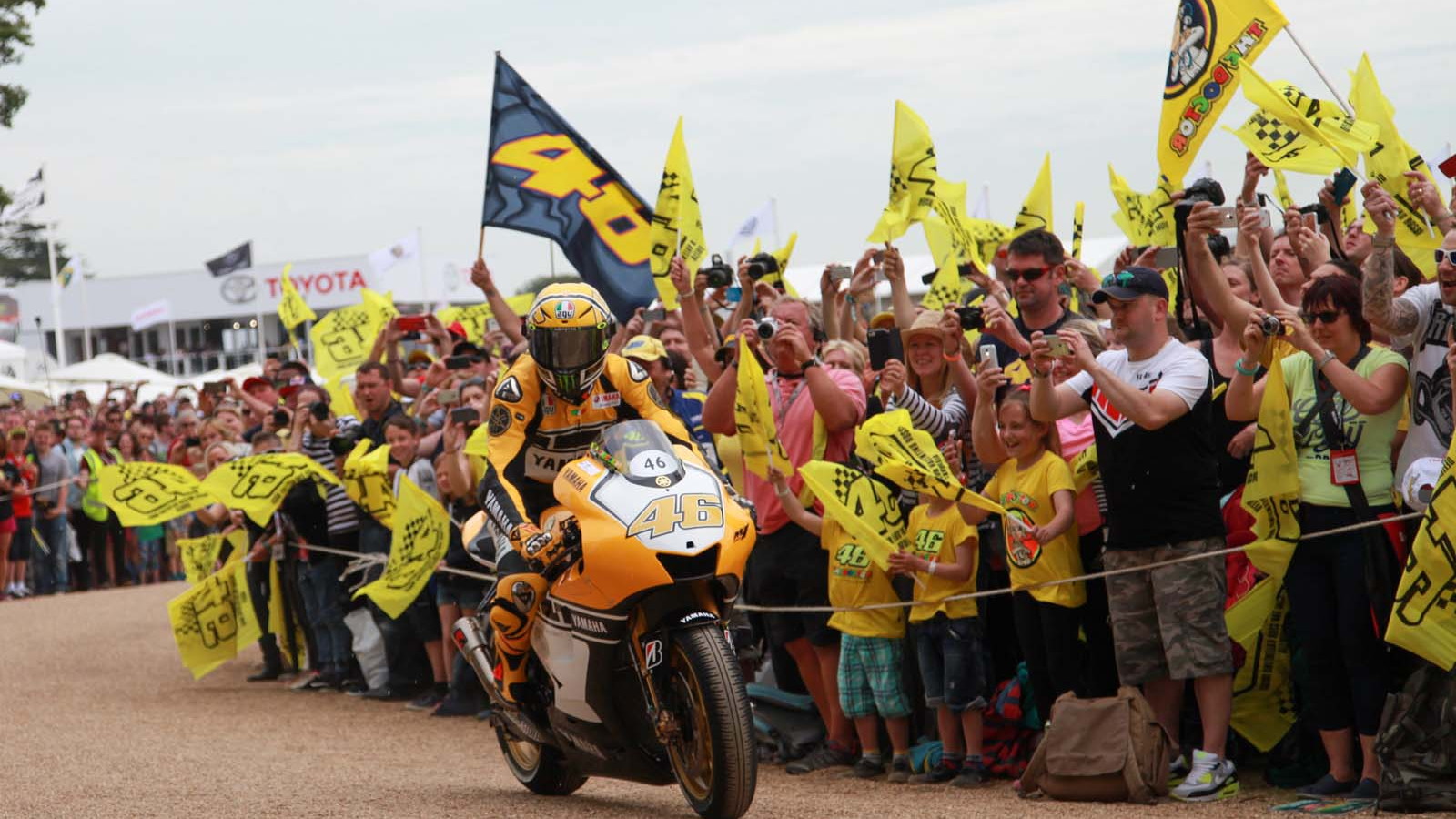 On or off a motorcycle, nine-time MotoGP champion Valentino Rossi is an entertaining character.

Rossi arrived at the Goodwood Festival of Speed fresh off a victory in the Dutch Grand Prix. While "The Doctor" had started from pole position, the race came down to heroic last-lap efforts after contact with defending champ Marc Marquez sent him off the track in the final corner.

It was the 36-year-old Italian's third win in a season during which he hopes to secure a historic tenth MotoGP title. Given Rossi's incredible popularity in the motorsport community, it's odd this was only his first appearance at the legendary Goodwood event.

But he made the most of his stint on the grounds, riding his Yamaha YZR-M1 race machine—adorned with livery celebrating Yamaha's 60th anniversary—to Goodwood House before speaking with BBC MotoGP presenter Suzi Perry and event host Lord March on the balcony.

Of course, he didn't spend all his time on two wheels. Rossi also did stints behind the wheels of the 1991 Le Mans-winning Mazda 787B and a Lancia Delta S4 Group B rally car, and he took a parade lap in a Porsche 962C to open the "Festival of Speed Sunday Shootout."