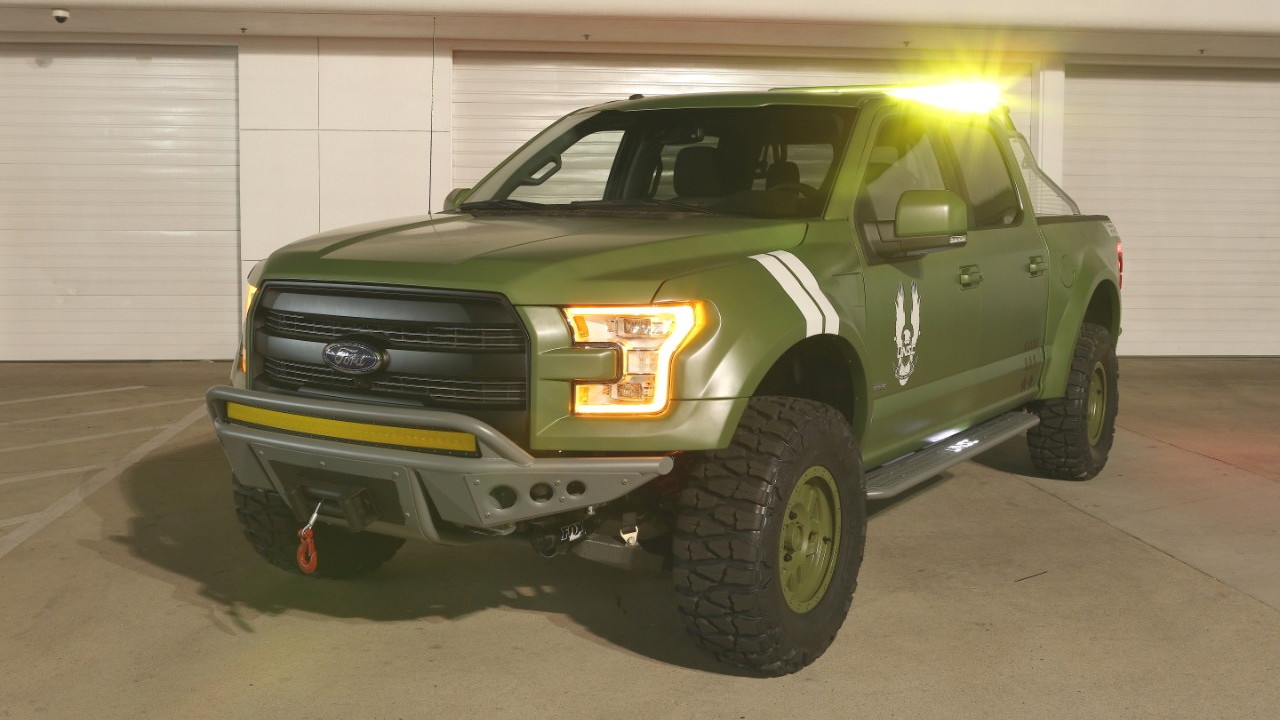 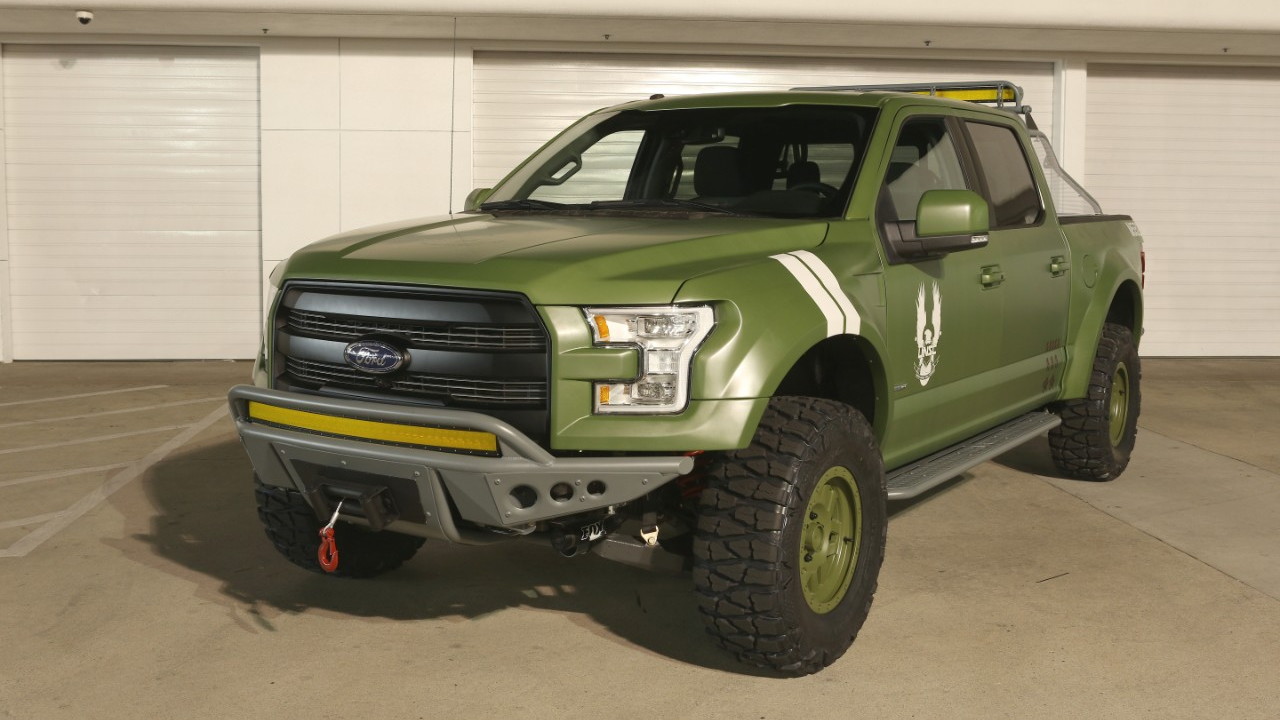 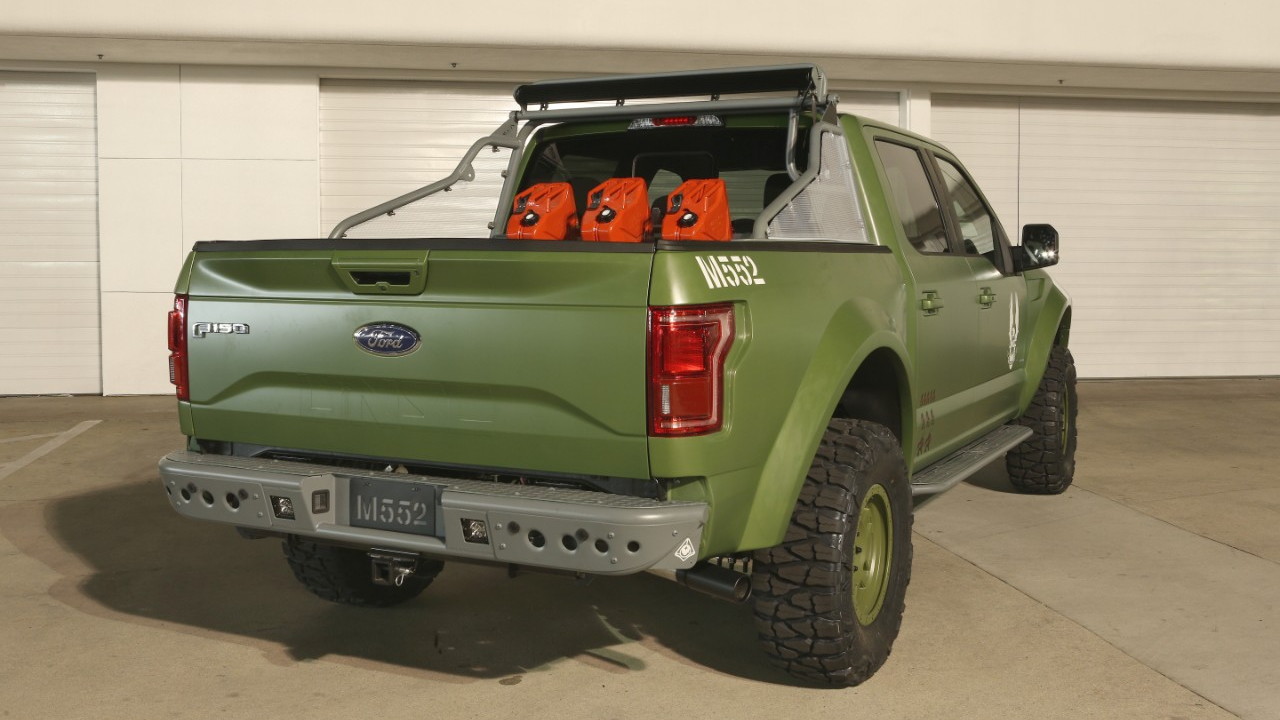 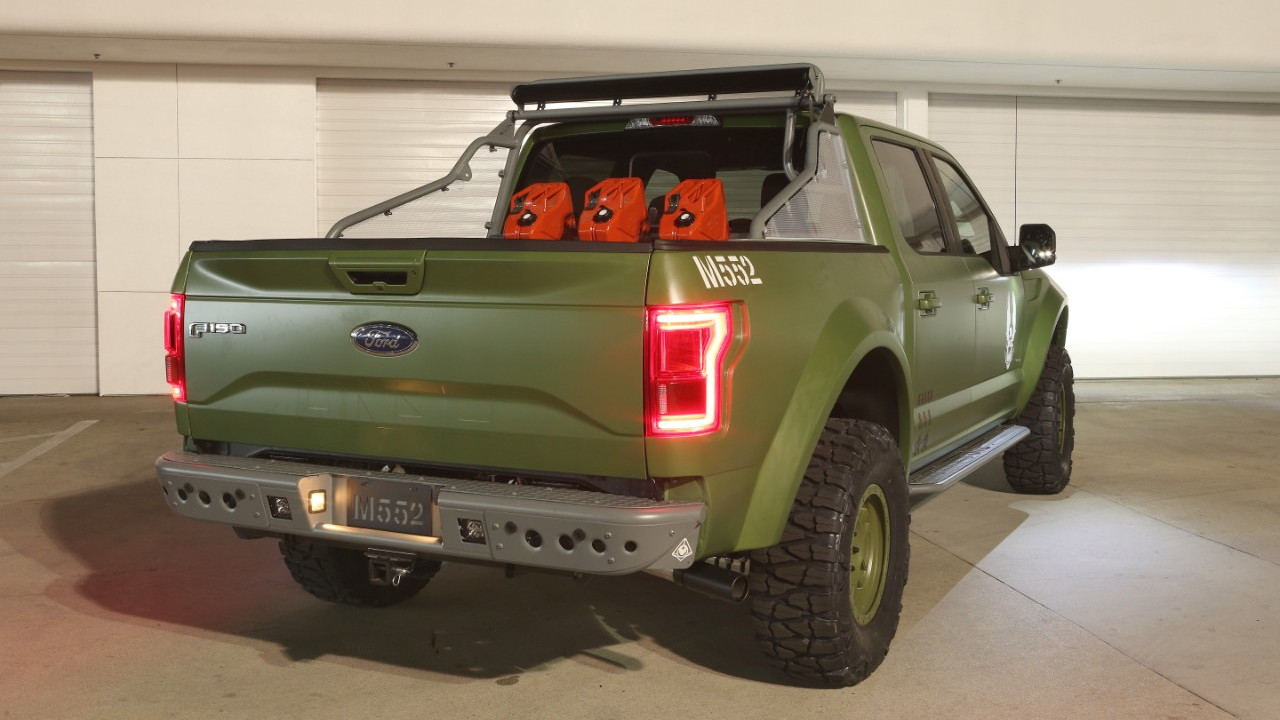 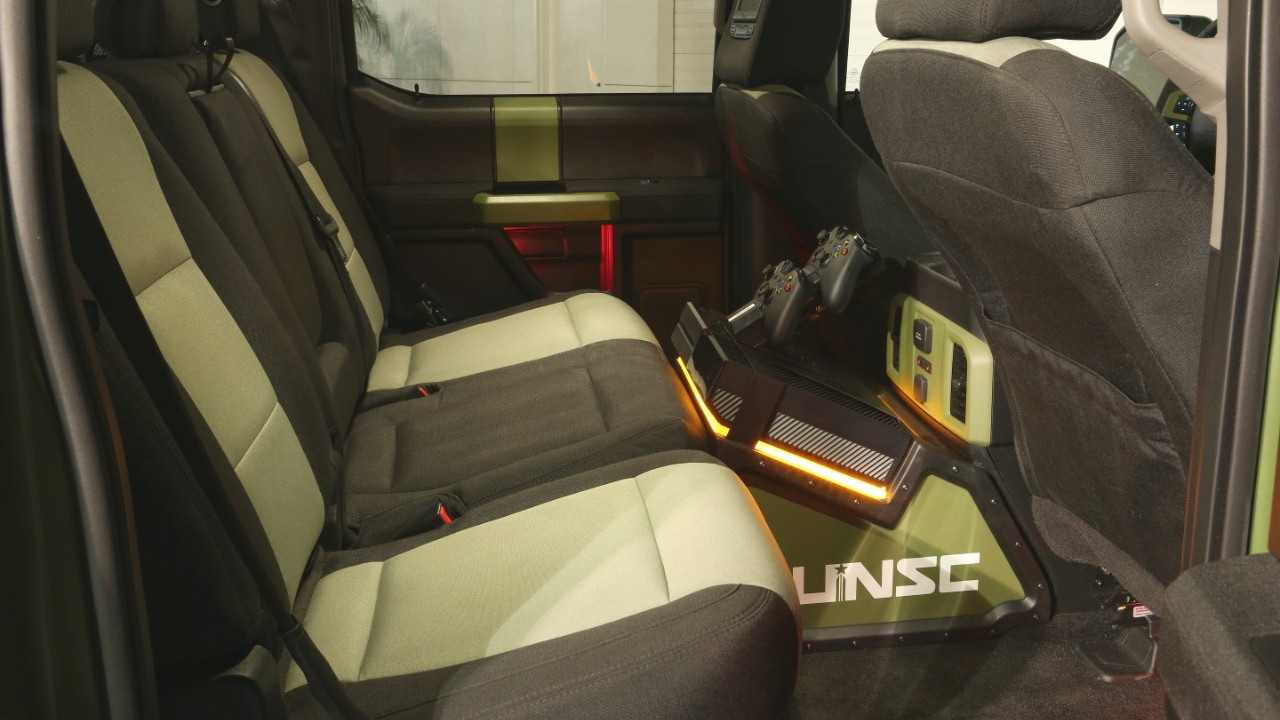 As part of a promotion for the upcoming Halo 5: Guardians release, the Ford Motor Company [NYSE:F] has released photos of its F-150 Halo Sandcat, a wicked off-road rig inspired by the immersive first-person shooter.

Now, unlike the Call of Duty edition Jeep Wranglers we've seen in past years, the F-150 Halo Sandcat won't be available at the your local Ford dealer. But unlike some game tie-ins of late, it's actually a real-deal vehicle.

To complete the transformation, the teams wrapped the truck in the livery of the game's United Nations Space Command.

Since the release of the first game in 2001, the Halo series has grown into a multi-billion dollar franchise, and solidified its place among the top-selling titles in video game history. Halo 5: Guardians will be released October 27, and the F-150 Halo Sandcat will be on display at the E3 Electronic Entertainment Expo June 16 through 18 in Los Angeles.