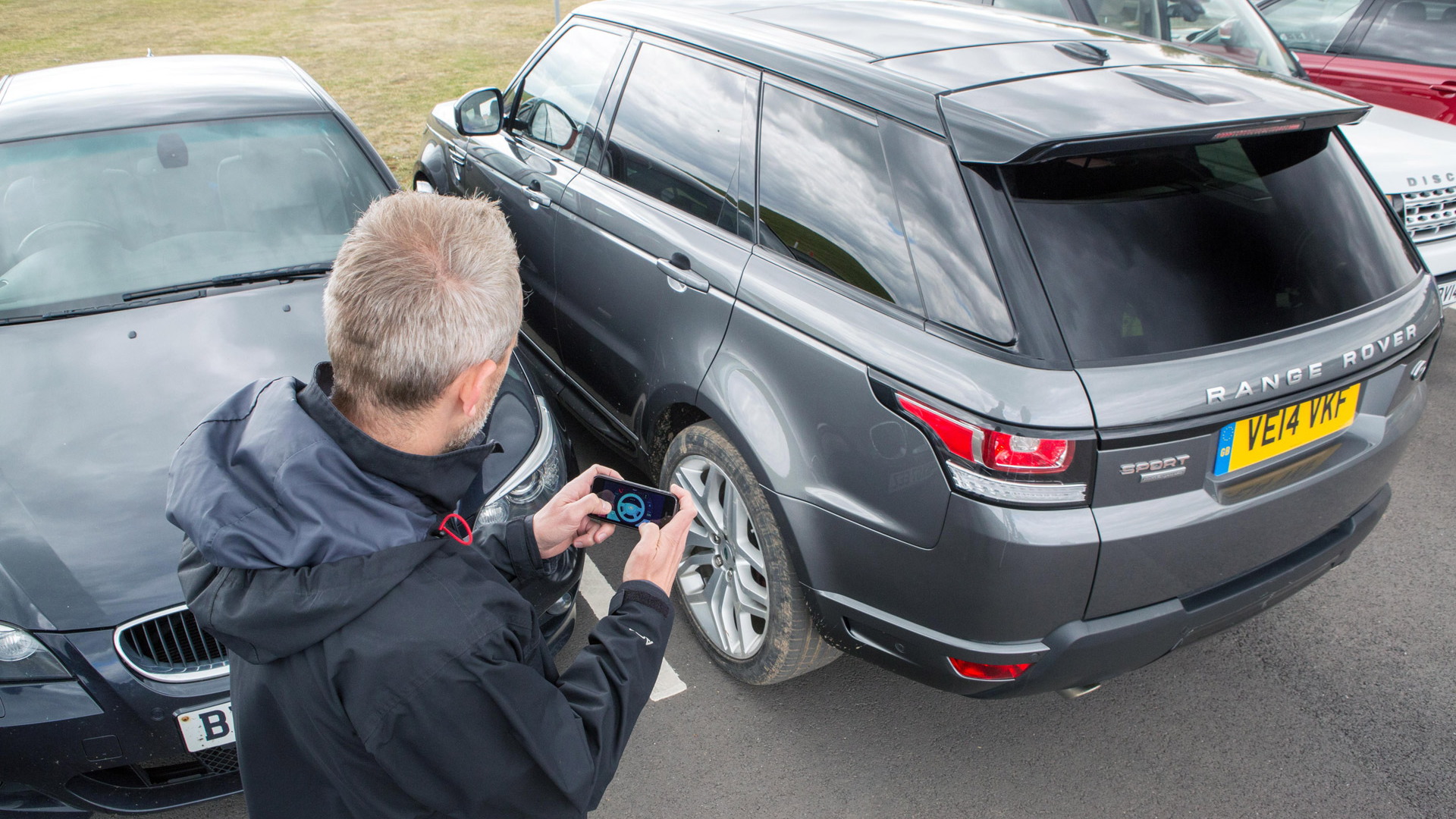 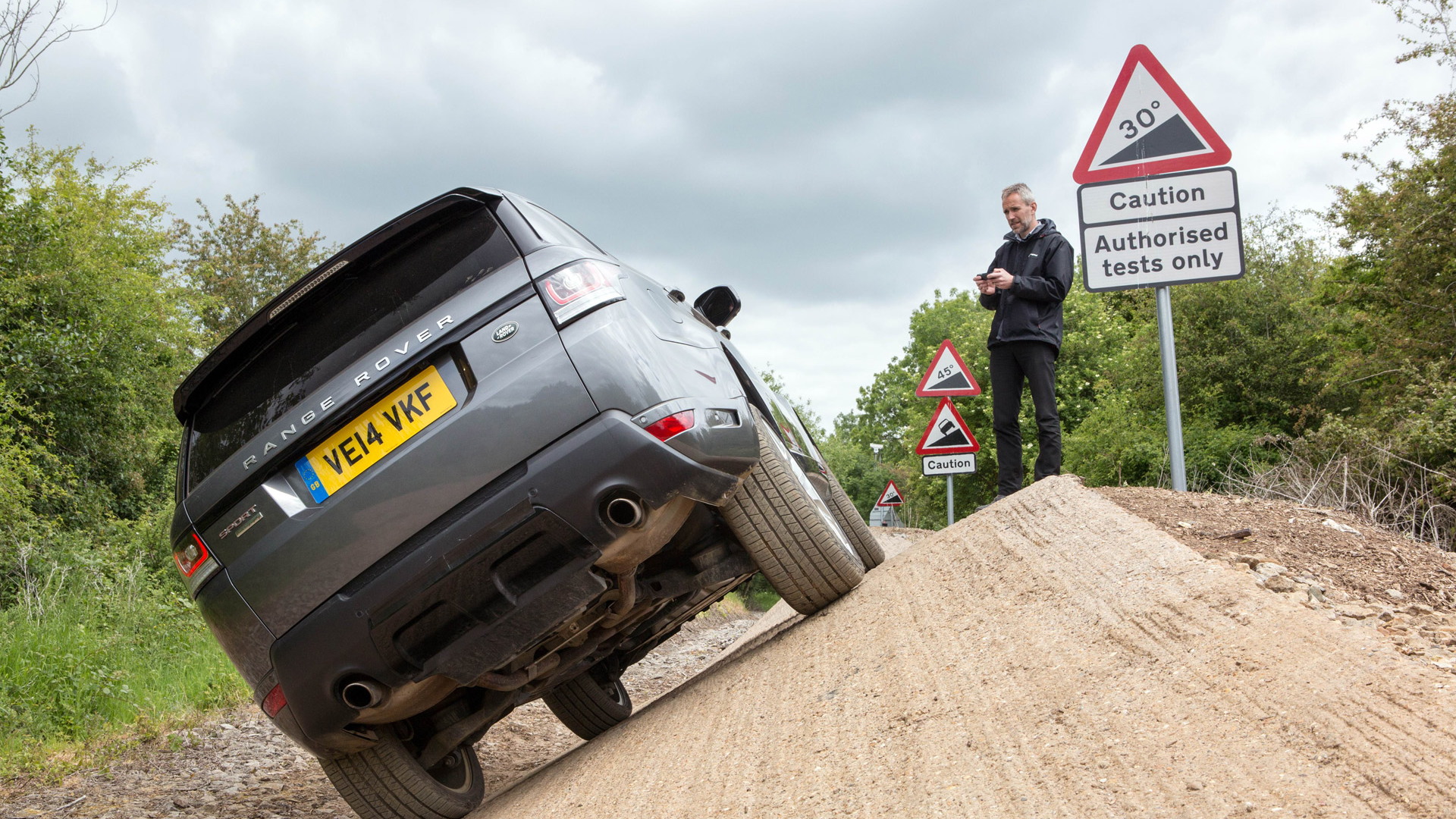 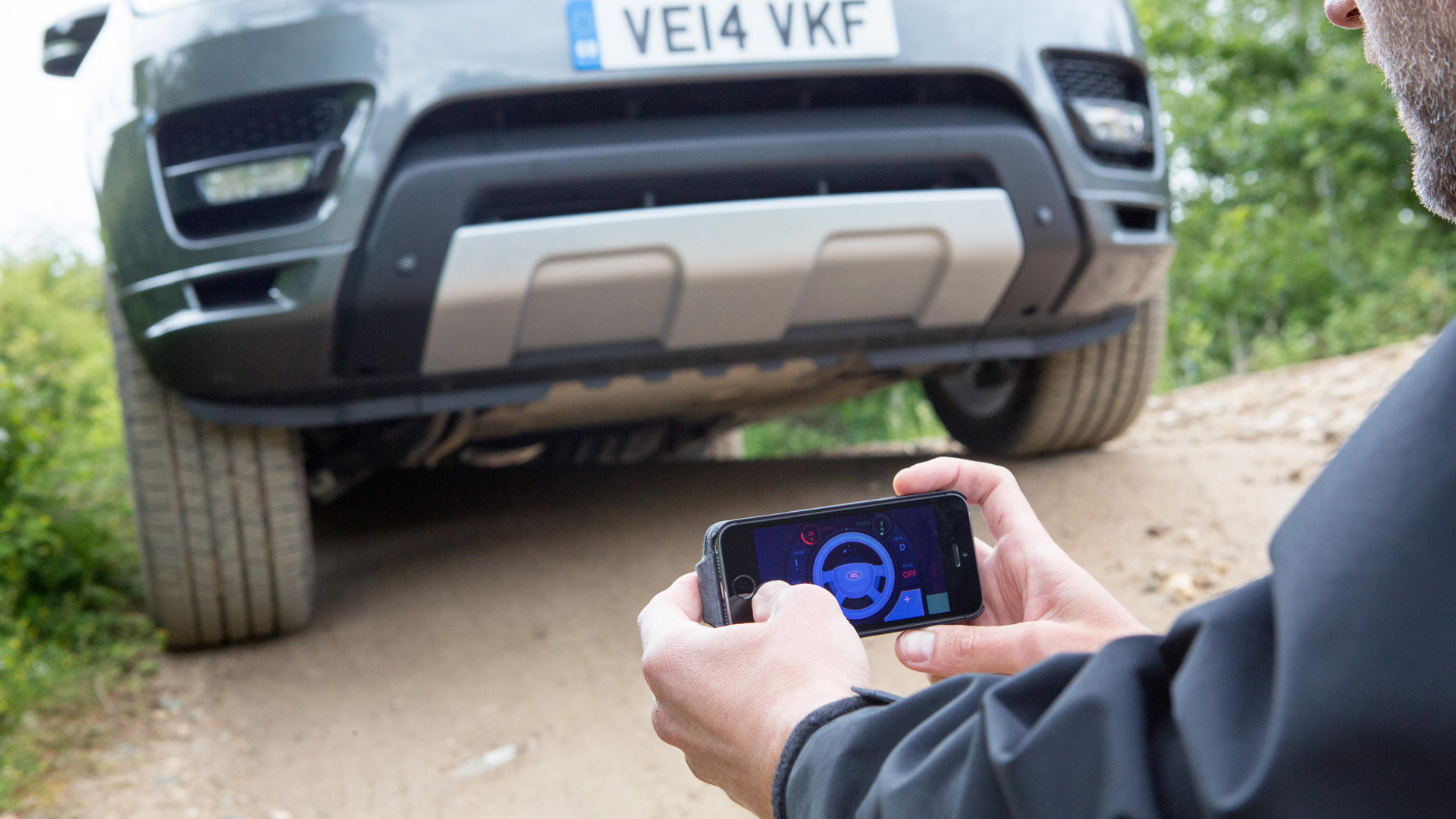 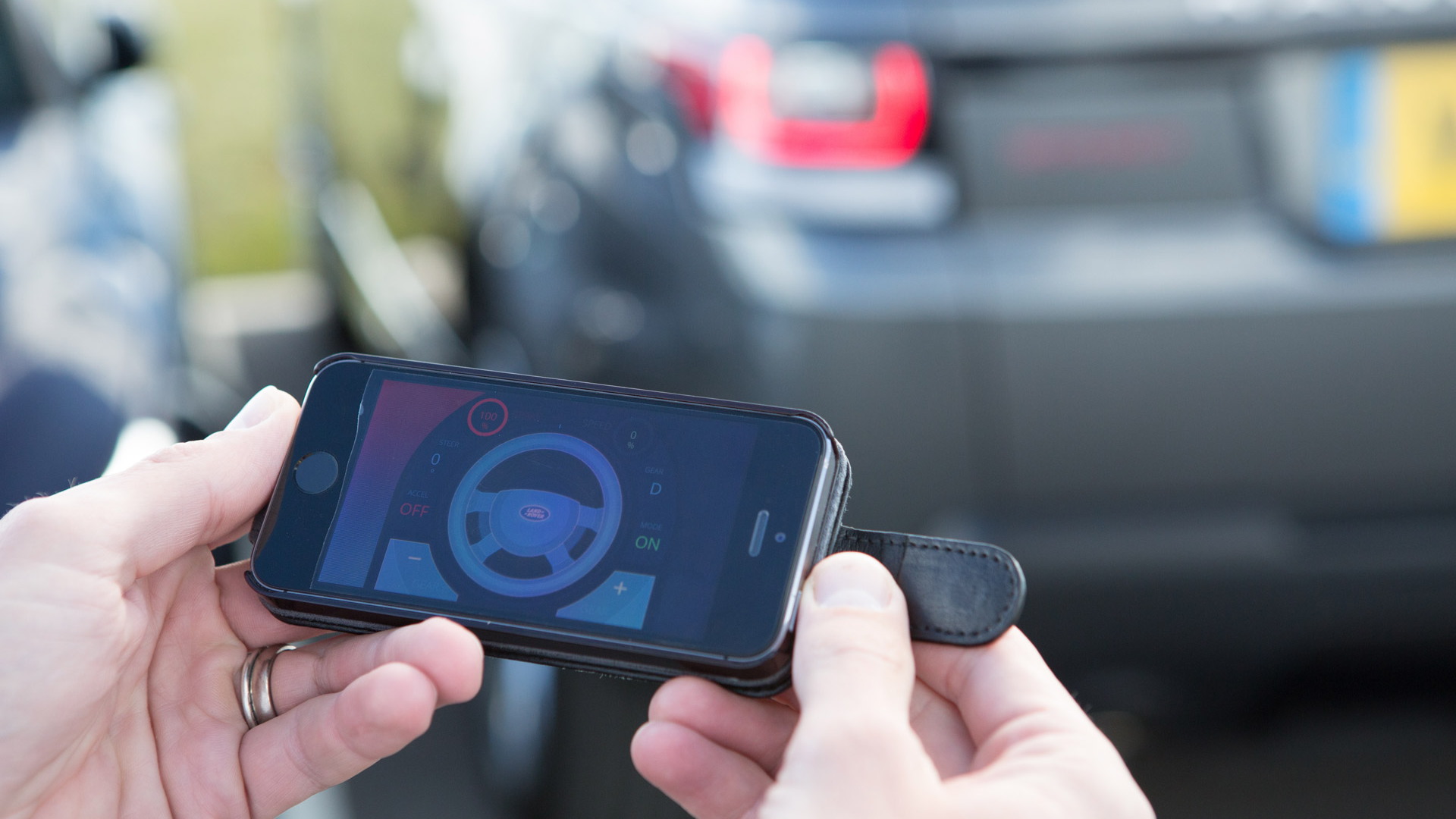 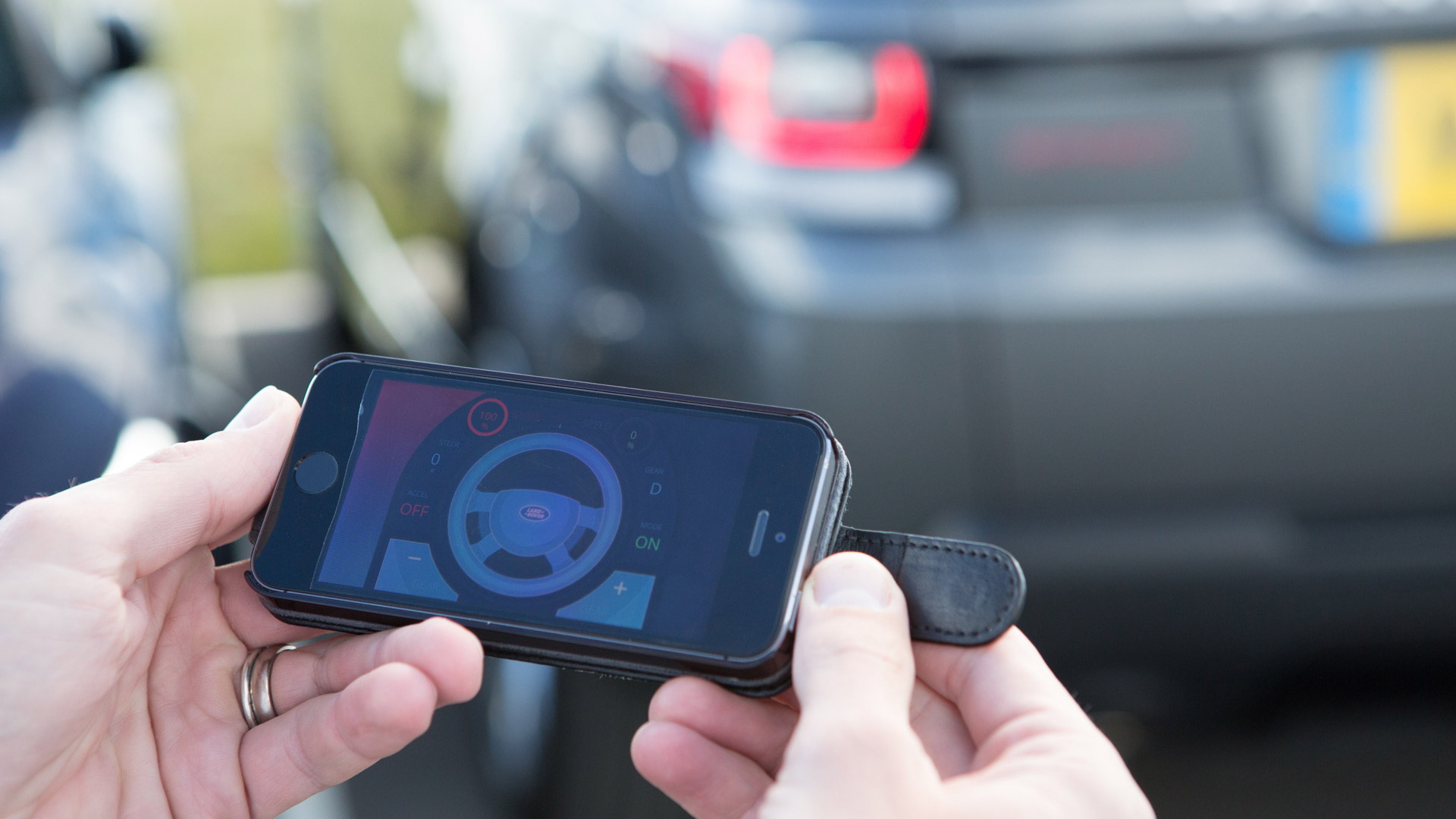 BMW’s new 7-Series going on sale this fall will feature a world-first remote control system that will allow you to park in tight or tricky spots by getting out of the vehicle and then controlling it with the key fob. Jaguar Land Rover has now showcased a similar system that it says would be ideal for off-roading, as it allows the driver to hop out of the vehicle and see exactly where the wheels are placed or how much ground clearance there is. It could also be an invaluable aid when fording a stream or traversing sections made slippery by mud or snow.

Jaguar Land Rover’s remote control system uses a smartphone app that allows control of steering, accelerator and brakes as well as changing from high and low range. The remote control function only operates if the user is within 10 meters of the car and if the keys can be detected. The system is designed to stop the vehicle if the driver moves out of range or gets too close. Also, speed is limited to just 4 mph with the remote control function.

The system is still in the prototype stage and a more advanced version including more autonomous functionality, where the driver simply gives a command to traverse an obstacle or exit a parking space, and the car does the rest, is also being looked at. In fact, Jaguar Land Rover is looking at a number of situations that could be handled autonomously.

One of these is a system that could handle three-point turns. Yes, the automaker has developed a system that allows the vehicle to autonomously maneuver through 180 degrees, because performing this manually is apparently one of the least favored maneuvers a driver has to make. The system uses sensors to assess available space and to avoid pedestrians, vehicles and other objects, and then controls the gear selection, steering, braking and acceleration to make as many forward and backwards movements as necessary to achieve the maneuver.

Finally, Jaguar Land Rover is also looking to improve vehicle sensors so that they’re capable of working in a range of driving environments and weather conditions. Currently, the sensors that autonomous driving relies on can fail in some weather conditions such as heavy snow. The key is integrating a number of sensors ranging from radar to ultrasonics to structured light technology. Each of these is needed to enable an autonomous car to function in the real world and to ensure the car can make safe and accurate decisions anywhere.