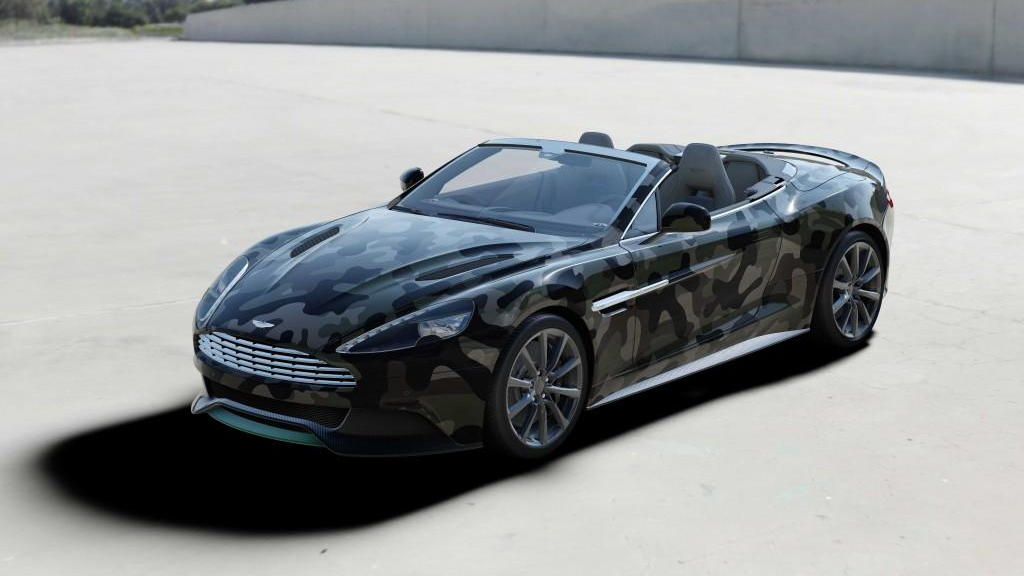 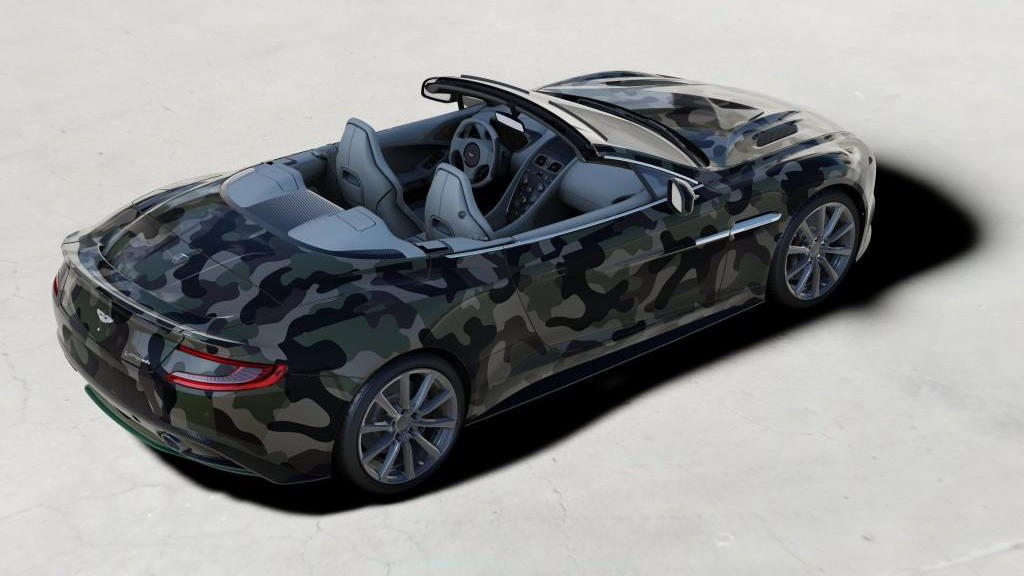 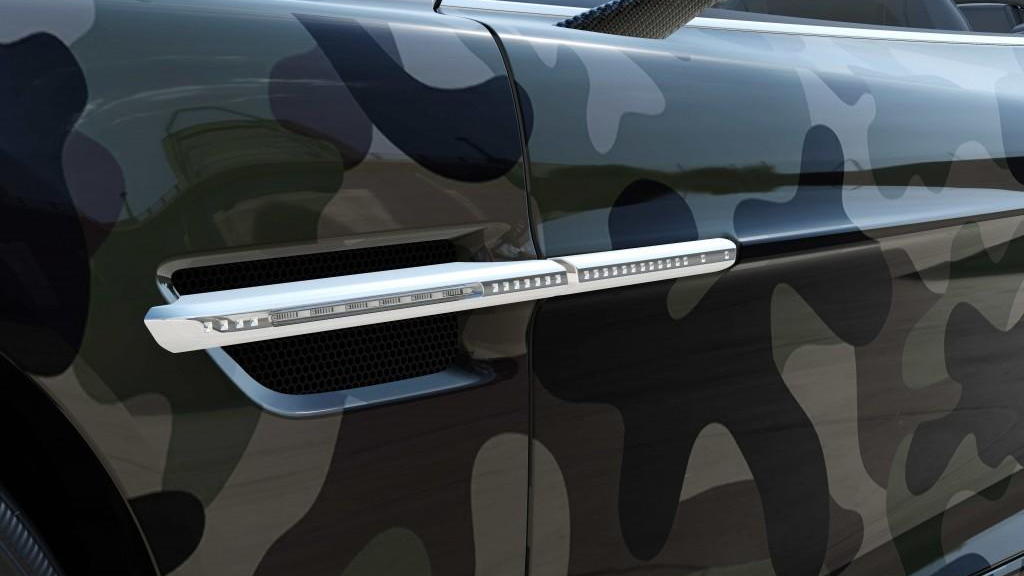 Aston Martin rolled out a very special version of its Vanquish Volante this week which it developed with its Q personalization department in partnership with Italian fashion label Valentino. But this particular Vanquish isn’t a new special edition along the lines of Lamborghini’s Versace edition cars or Aston Martin’s previous Colette Cygnet; rather, it’s a one-off creation sold at a charity auction.

It features one of Valentino’s popular camouflage patterns for its exterior and inside there’s some studded accents and carbon fiber trim. The mechanical bits were left untouched, however, which means its 6.0-liter V-12 still dishes out 568 horsepower and 465 pound-feet of torque. This is enough for 0-60 mph acceleration in under 4.0 seconds and a top speed in excess of 200 mph.

The one-off Vanquish was sold at an event hosted last night in London by charity group Cash & Rocket, which both Aston Martin and Valentino are partners of. All proceeds from the car’s sale will be donated to the organizations Shine On Sierra Leone, Orphanaid Africa and Sumbandila.

“It is very exciting for us in the Aston Martin design team to work alongside the designers at Valentino and create this unique piece of automotive haute couture,” Aston Martin design chief Marek Reichman said in a statement. “Cash & Rocket is a truly worthy charity, raising awareness and funds for an amazing cause, and we have created a wonderful piece of motoring art to support the auction.”