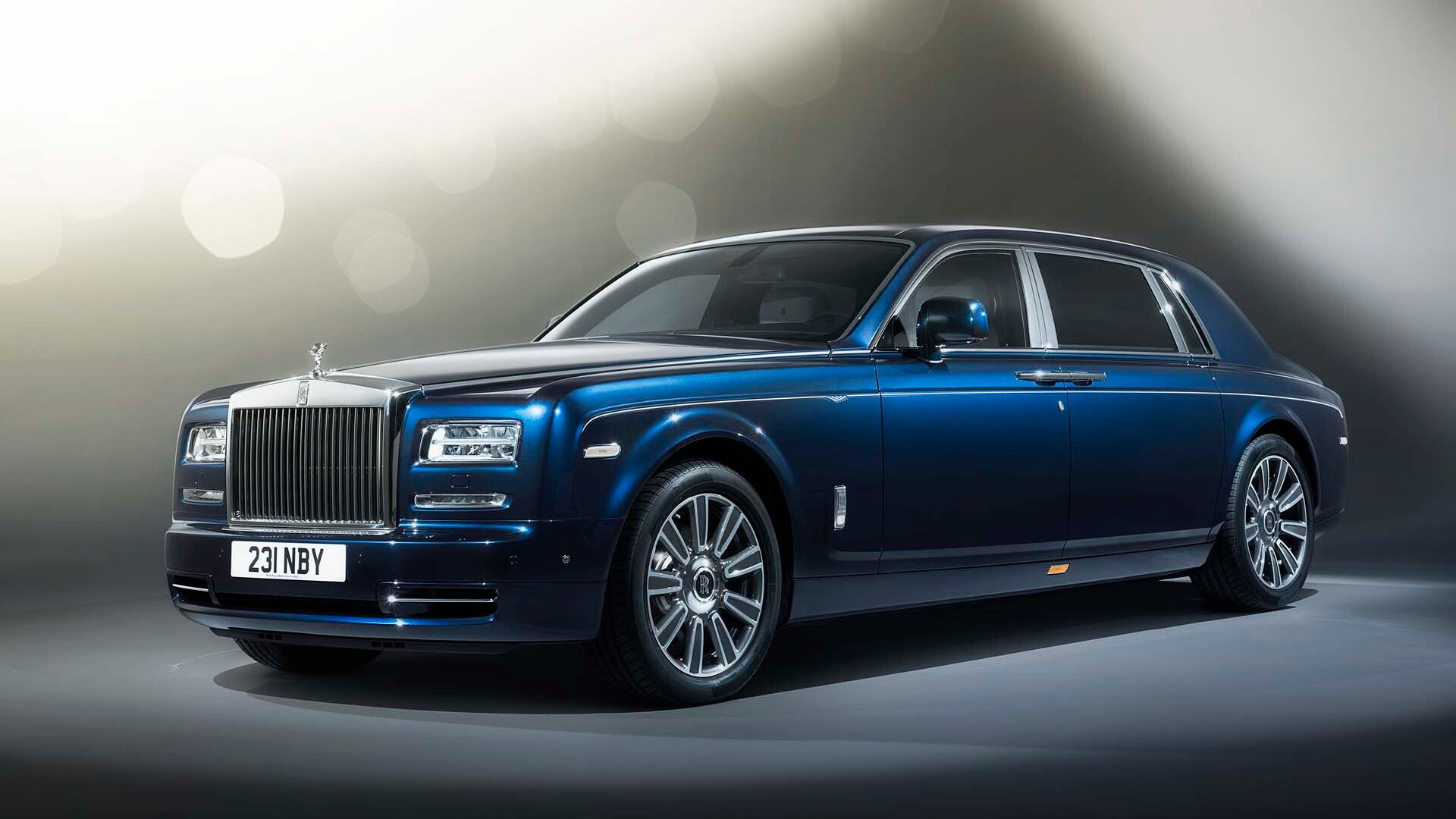 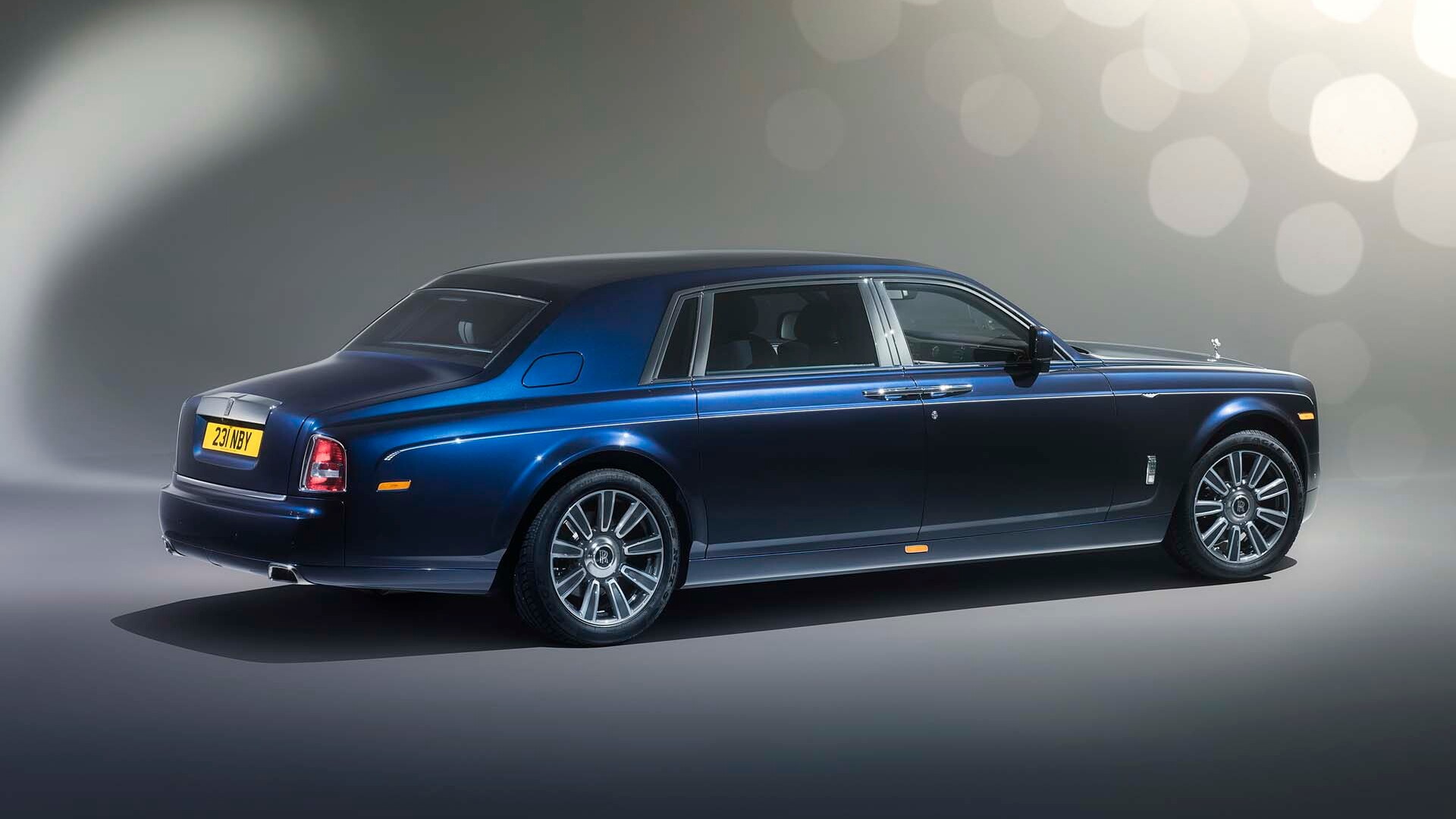 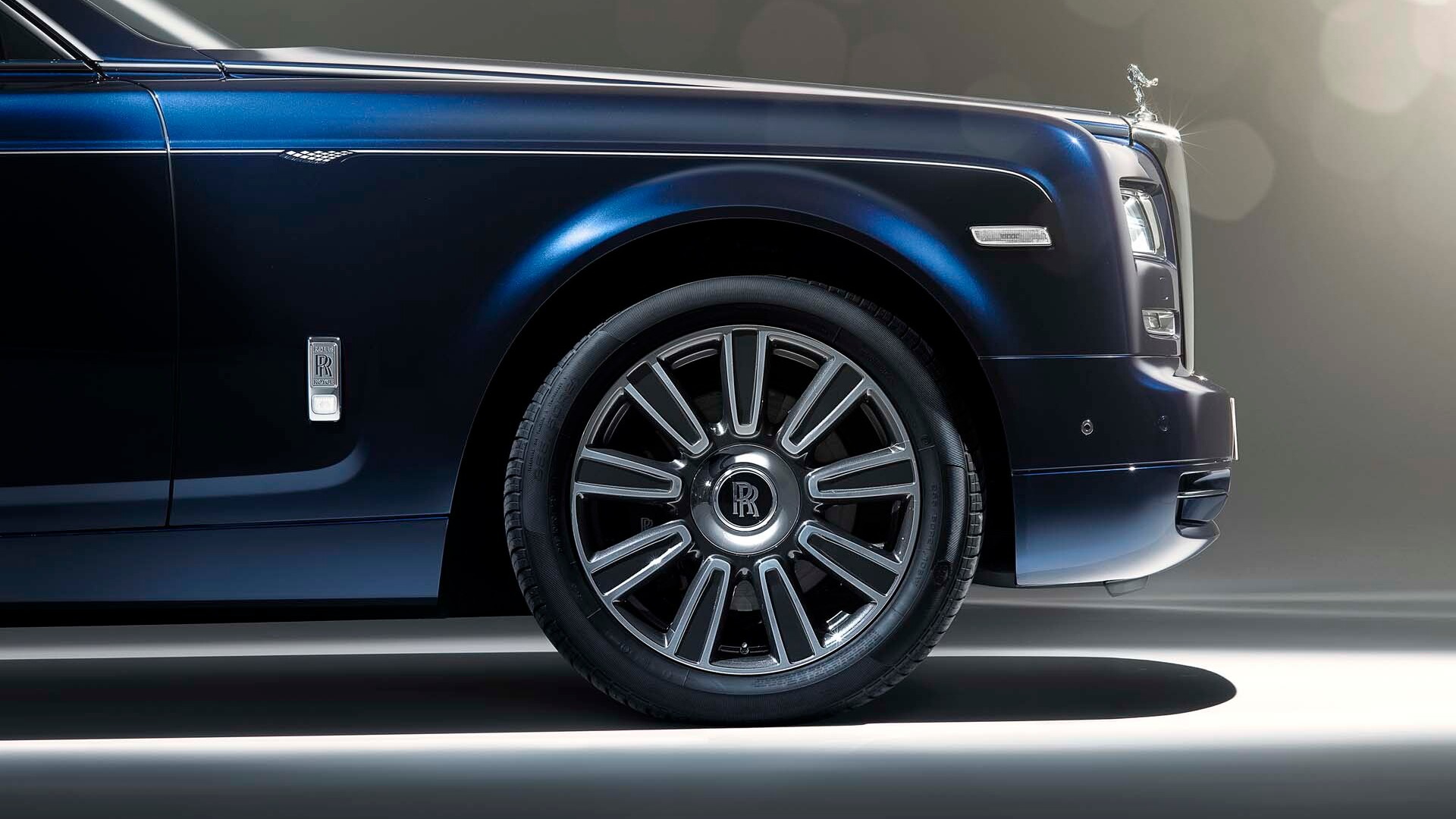 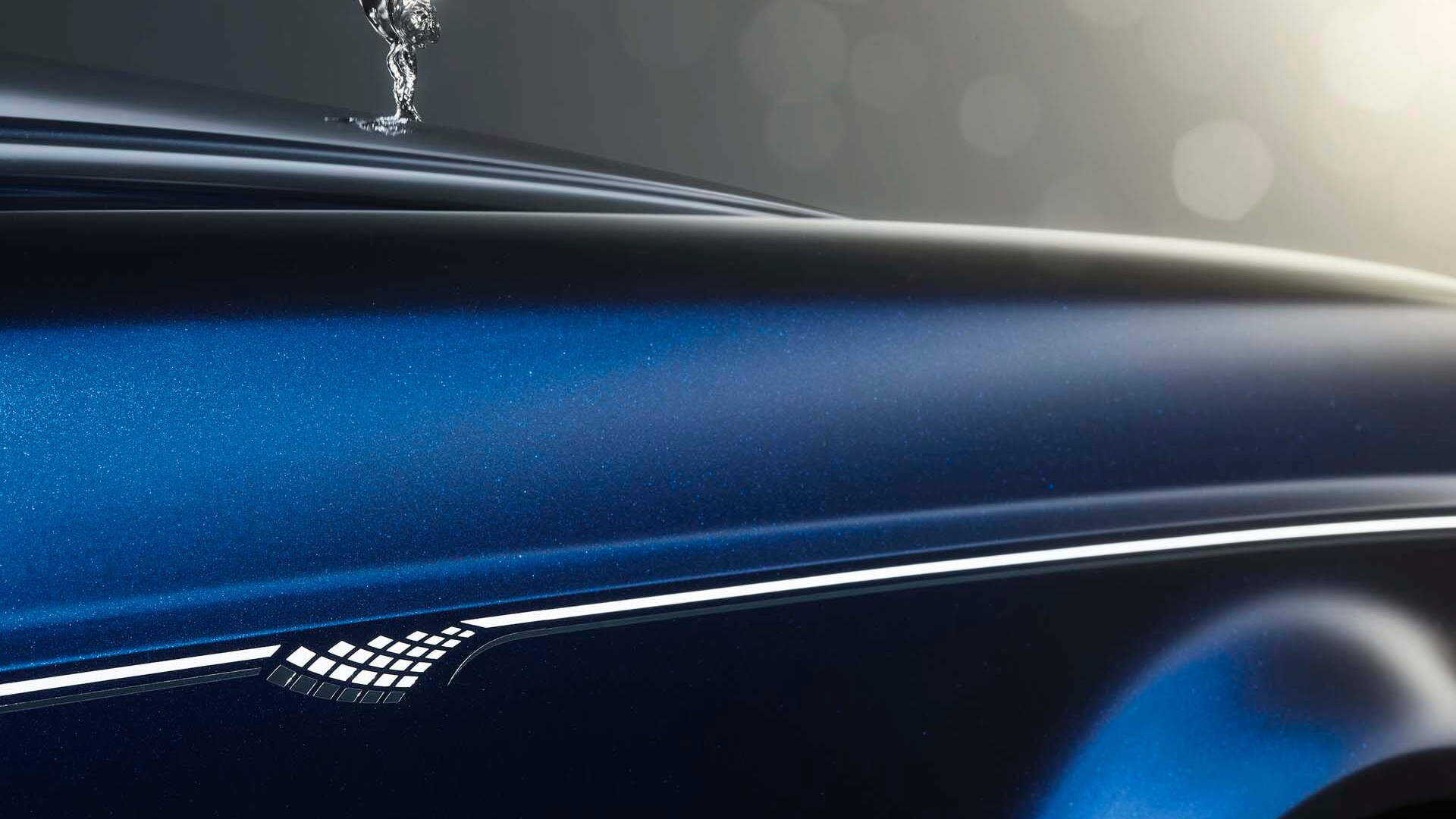 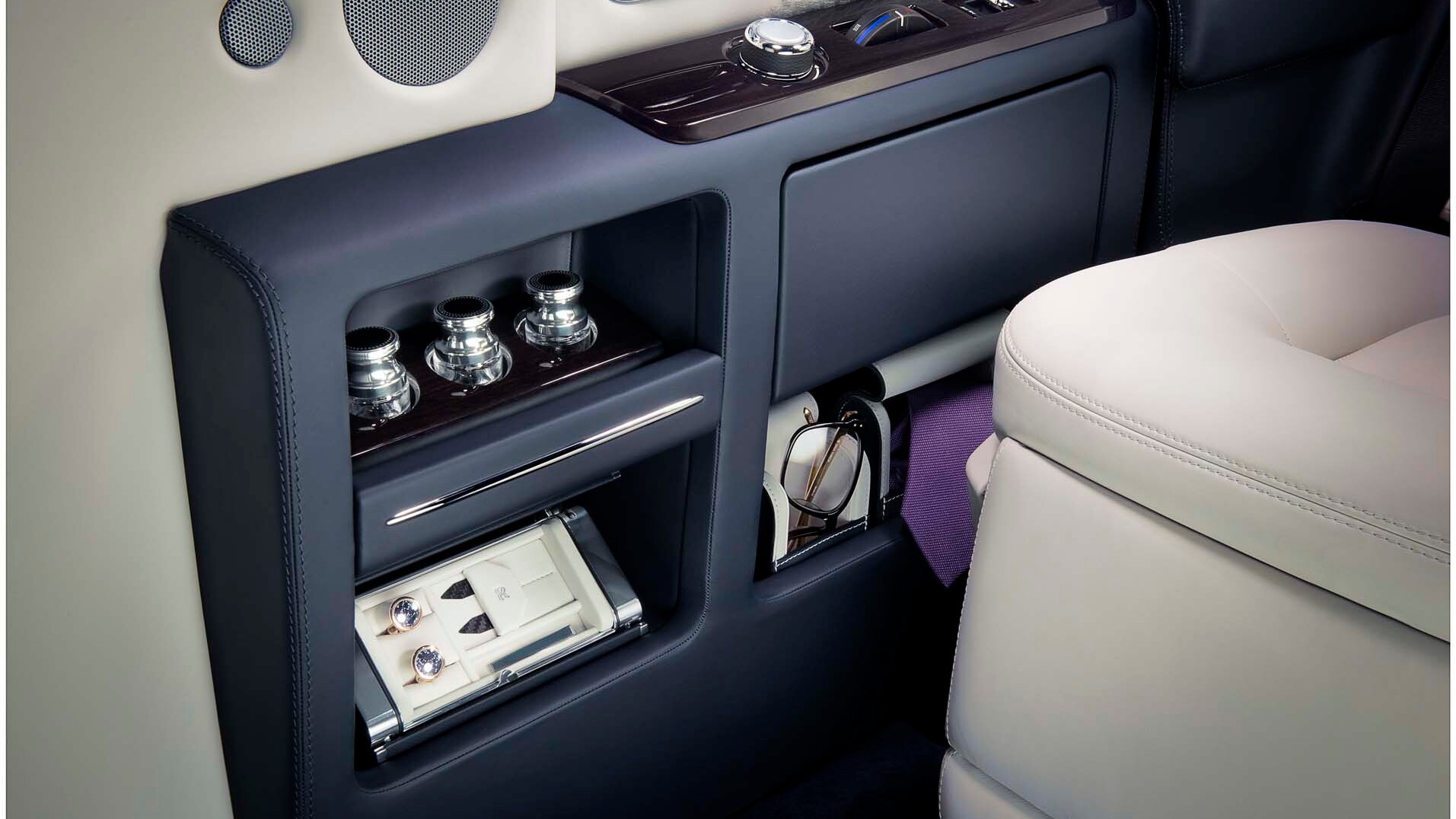 On the heels of the stunning Serenity Concept unveiled in Geneva enters the latest model in Rolls-Royce's famous line of bespoke vehicles.

The Phantom Limelight Collection, which starts at a searingly steep $650,000, is intended for the "select group of people who spend their lives in the public eye and on the world stage," and in its design, the storied marque has utilized everything the company has learned over nearly a century of catering to the world's luminaries.

Appropriately, the appointments are enough to make a "standard" Phantom blush.

To insure the rear seats were as comfortable as physically possible, the master craftsman of Goodwood worked with the medical community on precise angles for the seat back, calf, and foot rest—27°, 68° and 30°, respectively—so that passengers wouldn't face the potential safety issues of a fully flat seat.

Alongside those exquisite chairs will be fully customizable door panniers fashioned from aluminum, carbon fiber and leather, designed to hold all the personal effects a traveling lady or gentleman needs, including specially constructed sections for fragrances, glasses and watches.

Though those privileged enough to order a Limelight Collection Phantom will surely be able to select whatever colors they desire, Rolls-Royce has offered two new interior themes—elegantly deemed Light and Dark—which incorporate Navy Blue and Seashell leather, diamond embroidery and a Smoked Chestnut wood lacquered in a bottomless, two-stage veneer.

The exterior will be finished in exclusive Gala Blue, and the cabin's diamond stitching pattern will carry over to the body by way of a "hand-painted coachline with a diamond motif," which is similar to pinstriping in the way that vintages from Cook's are similar to those of Moët & Chandon.

Only 25 examples will be available worldwide. Look for one at a red carpet near you later this year.