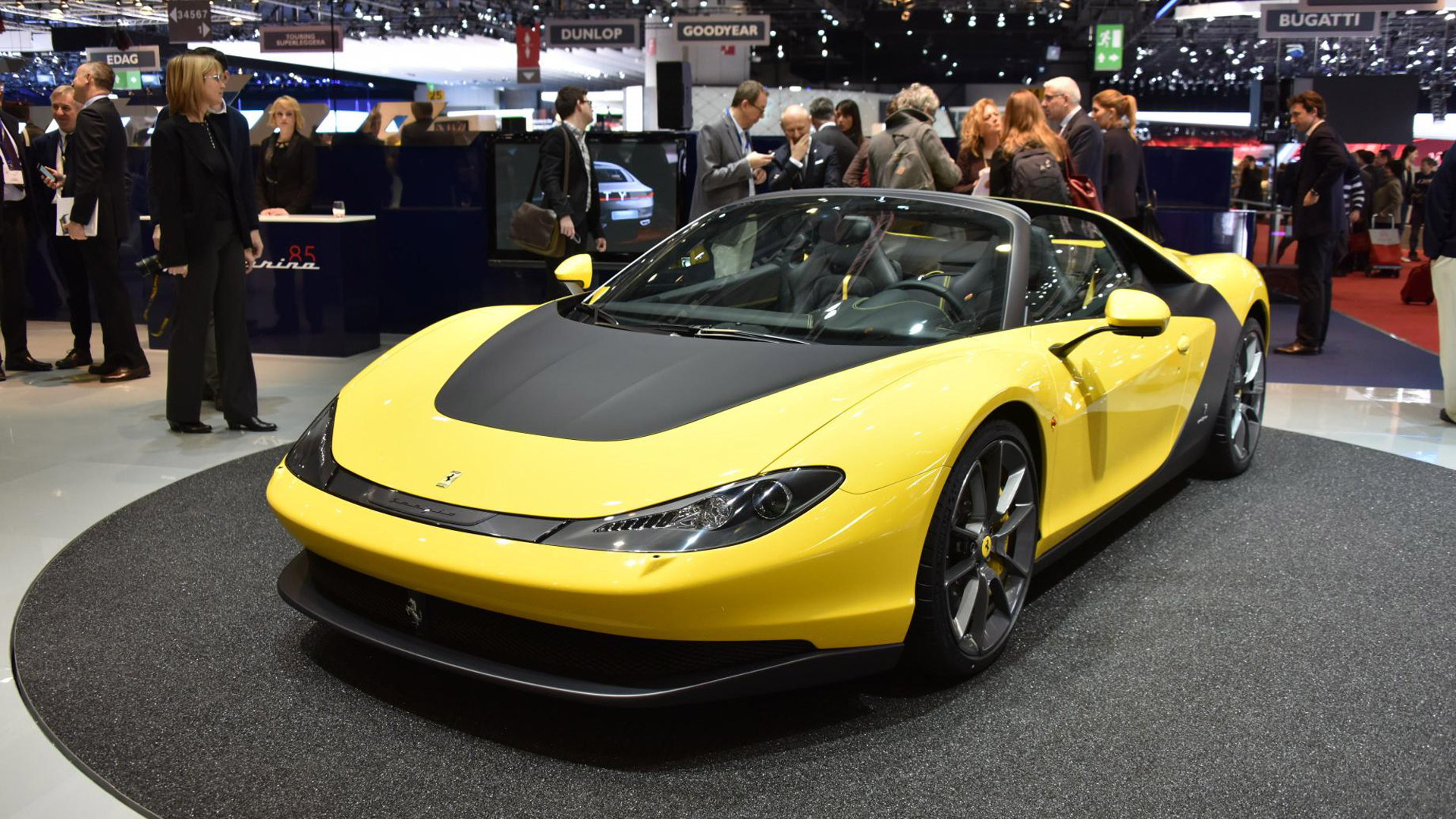 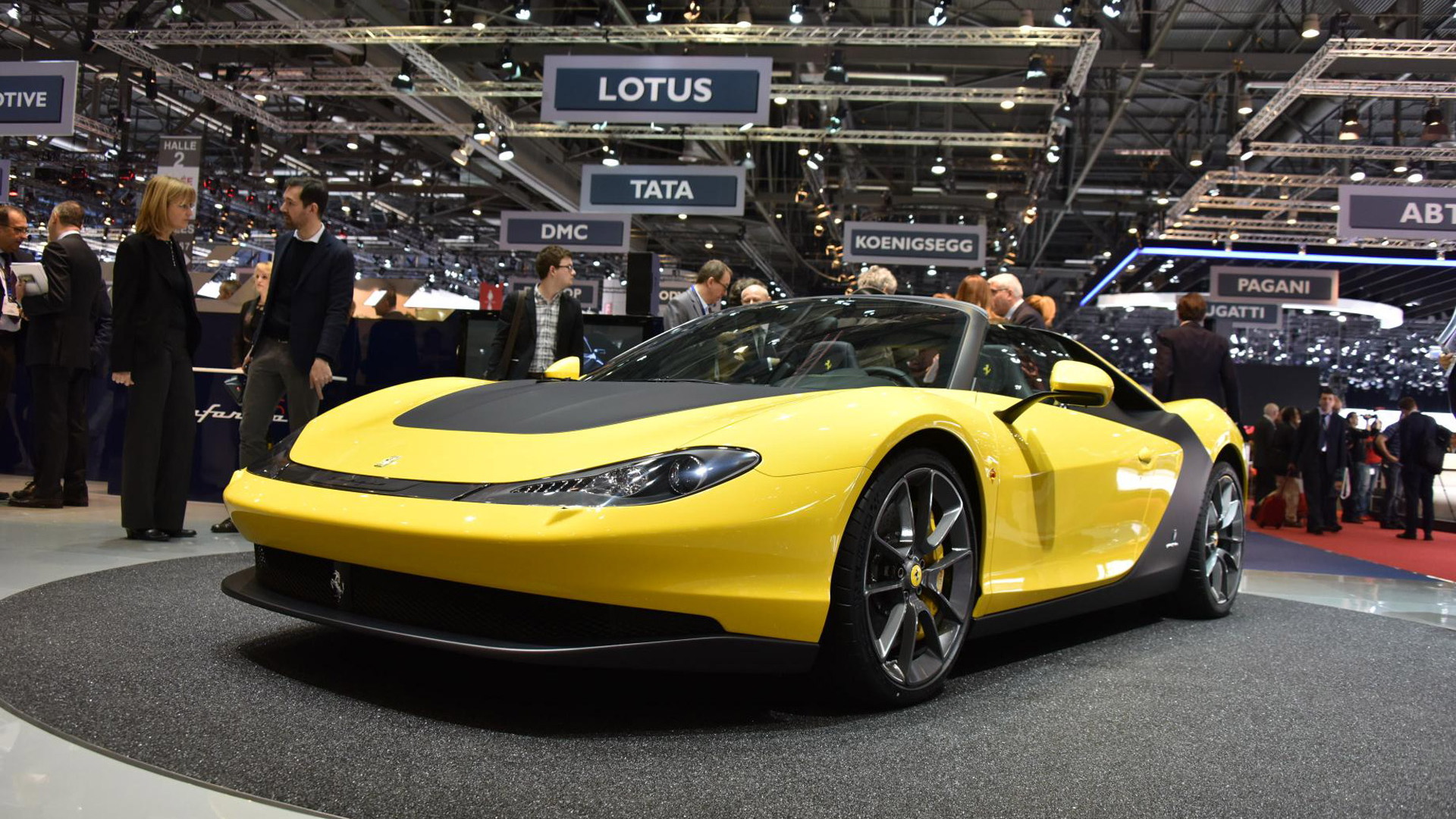 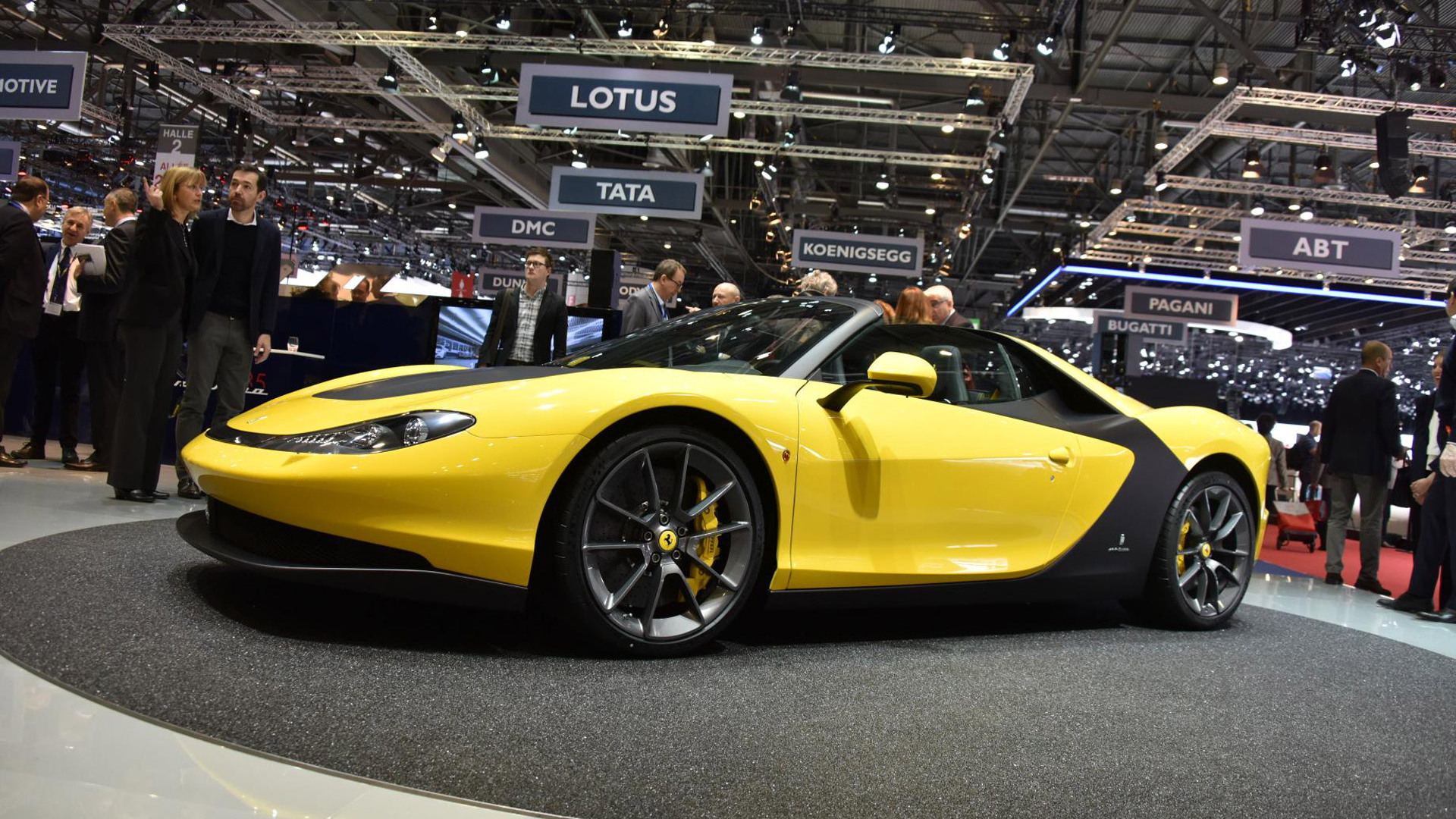 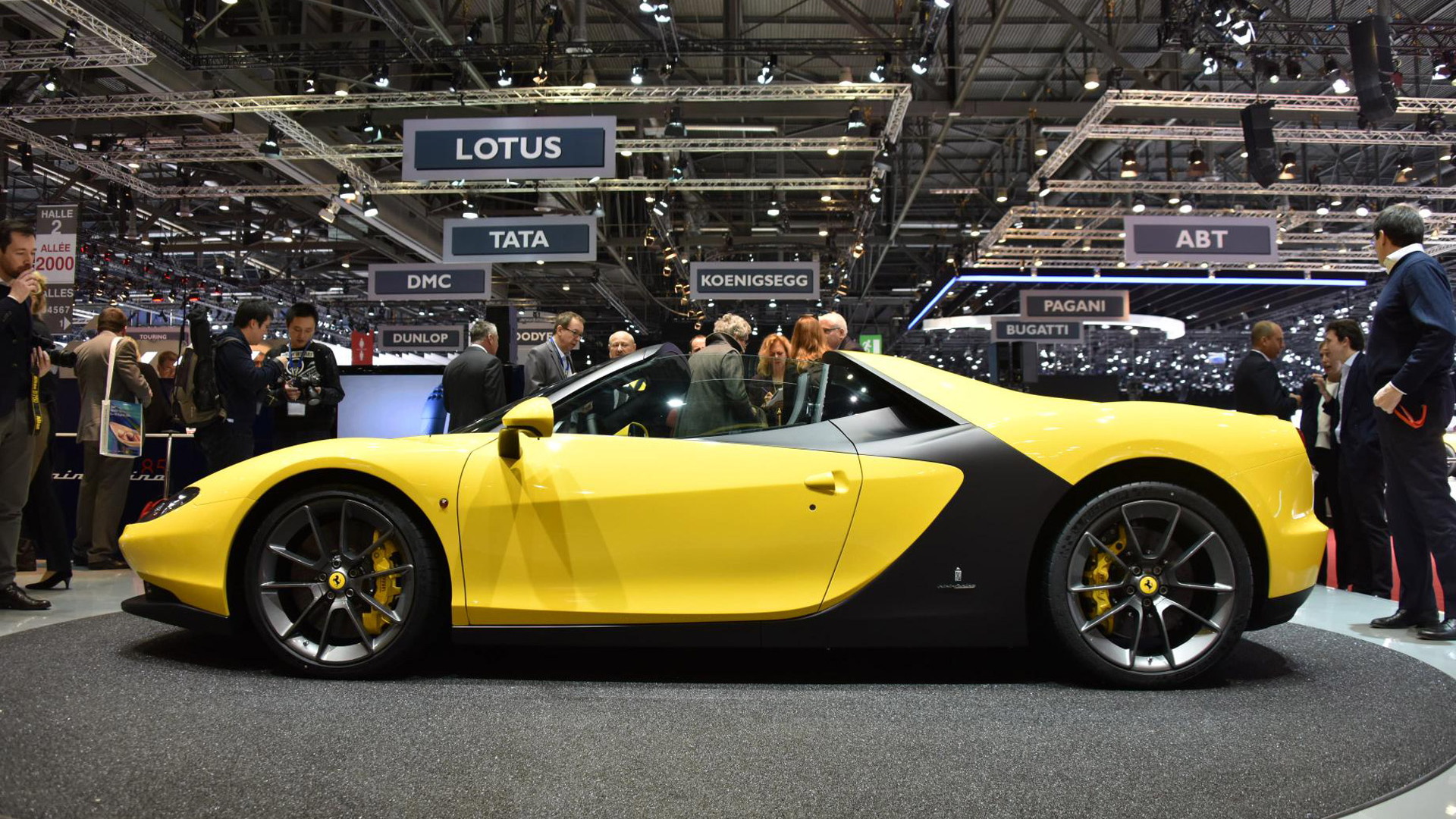 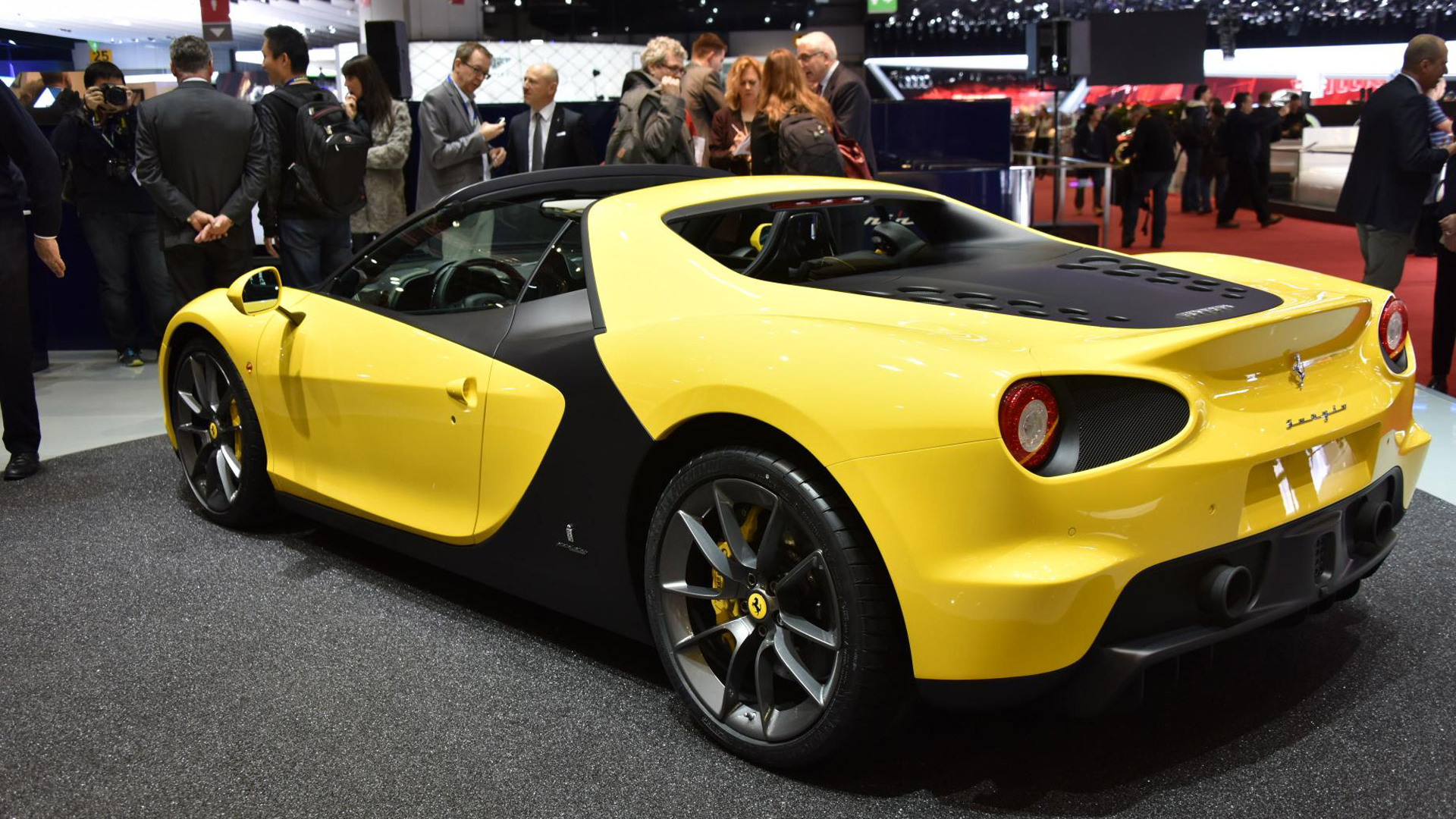 It was at the 2013 Geneva Motor Show that Italian design legend Pininfarina rolled out the Sergio concept car (shown below) honoring its fallen patriarch Sergio Pininfarina who passed away one year prior. The concept proved so popular that Pininfarina, together with Ferrari whose 458 Spider was the basis for the car, decided to build a run of just six examples.

As is often the case with concepts being transformed for the world of production, a number of tweaks needed to be made to the original Sergio to make it street legal. This didn’t prove to be a problem as Pininfarina, when designing the original concept, envisaged building a road-going version, so all homologation requirements  were already known to the firm.

A front windscreen was added, as were functional lights, and the retractable hard-top roof of the 458 Spider was removed. The interior is familiar 458 territory, but each of the six buyers of the car have added a few personal tweaks. Each of the six cars will also have a unique color. This is the second example we’ve seen, with the first being finished in red. 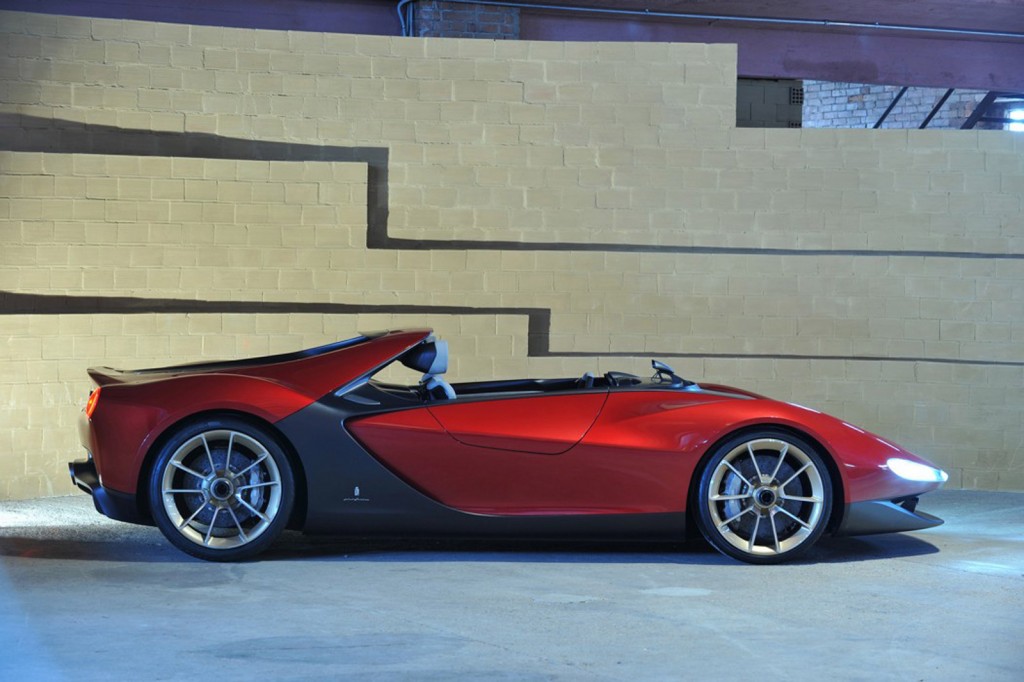 No changes have been made to the car’s mechanicals, which means power comes from a 4.5-liter V-8 tuned to deliver 562 horsepower and 400 pound-feet of torque to the rear wheels. However, with the roof gone, the car is likely to be lighter than the 458 Spider (the original concept was around 330 pounds lighter), which means it should be quicker. Pininfarina quotes a 0-62 mph time of 3.4 seconds and a top speed of 200 mph.

The arrival of the new supercar, whose official title is “Ferrari Sergio”, also marks the 85th anniversary of Pininfarina this year.

“I am proud to celebrate the milestone of 85 years presenting the Ferrari Sergio,” Pininfarina chairman Paolo Pininfarina said at the reveal. “It's an exclusive car that embodies the excellence of Pininfarina in designing and manufacturing high quality cars and it’s a further exercise on the Ferrari brand, to which we are related by a history that has helped define the most beautiful cars of all time.”