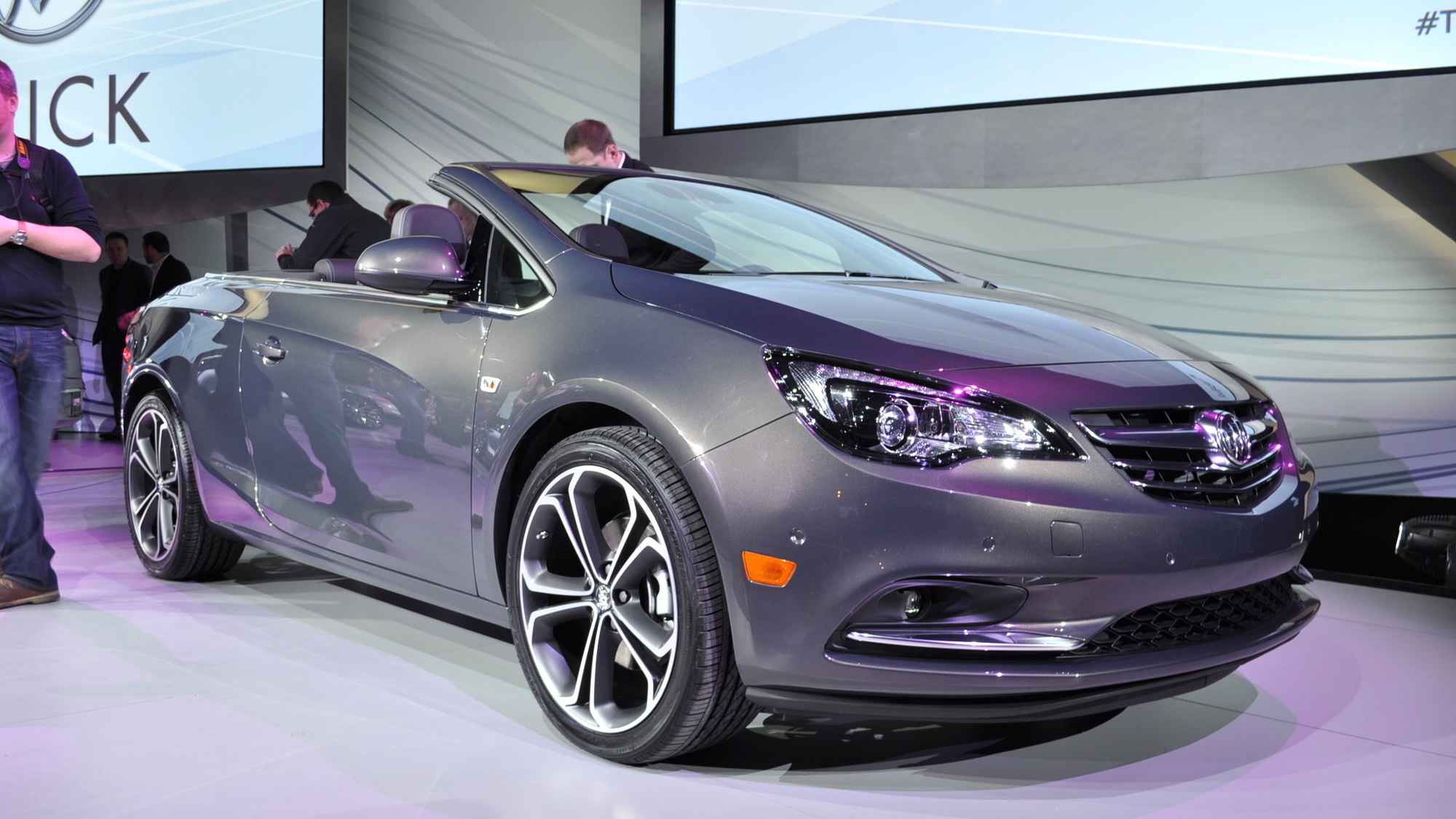 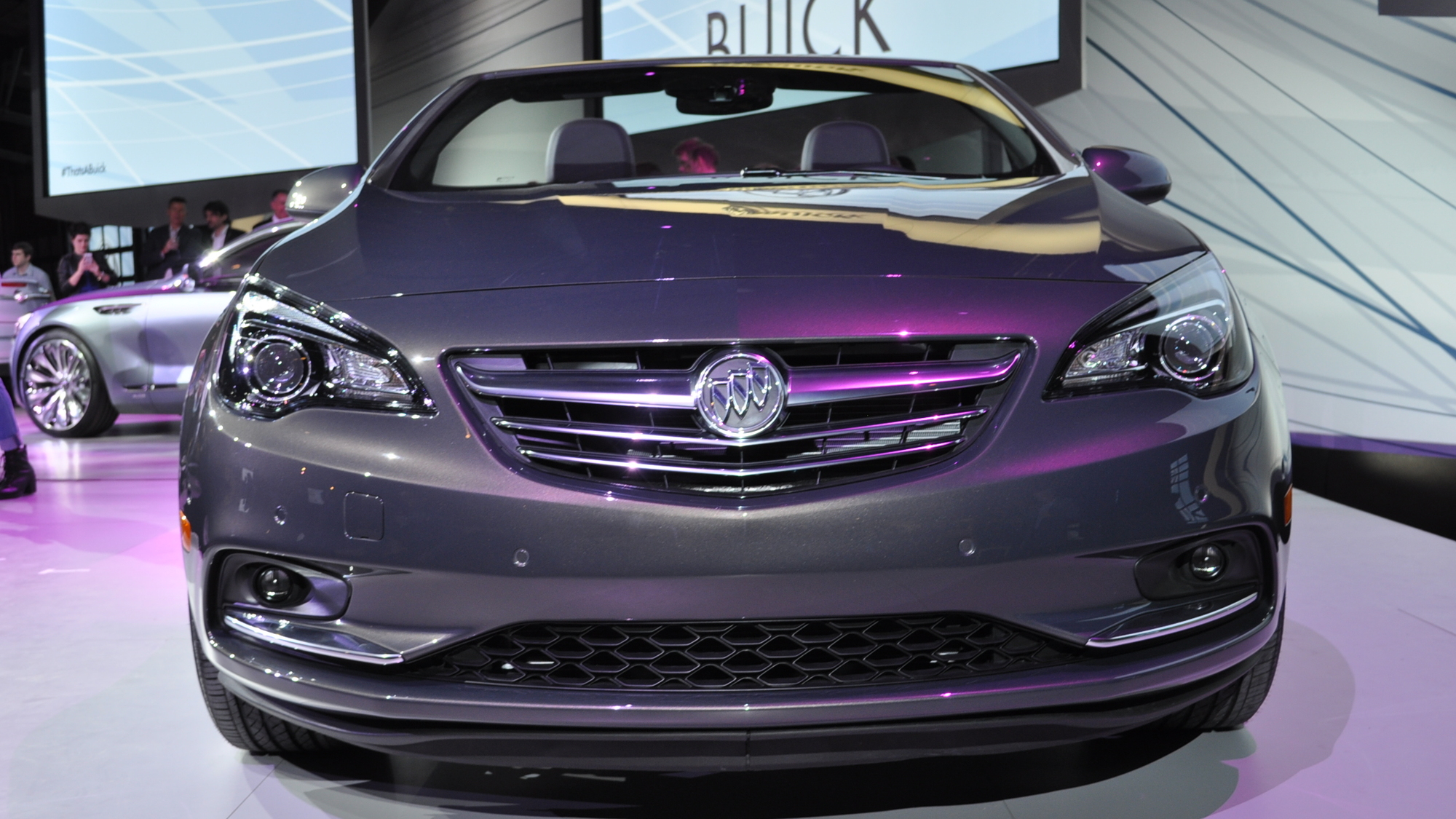 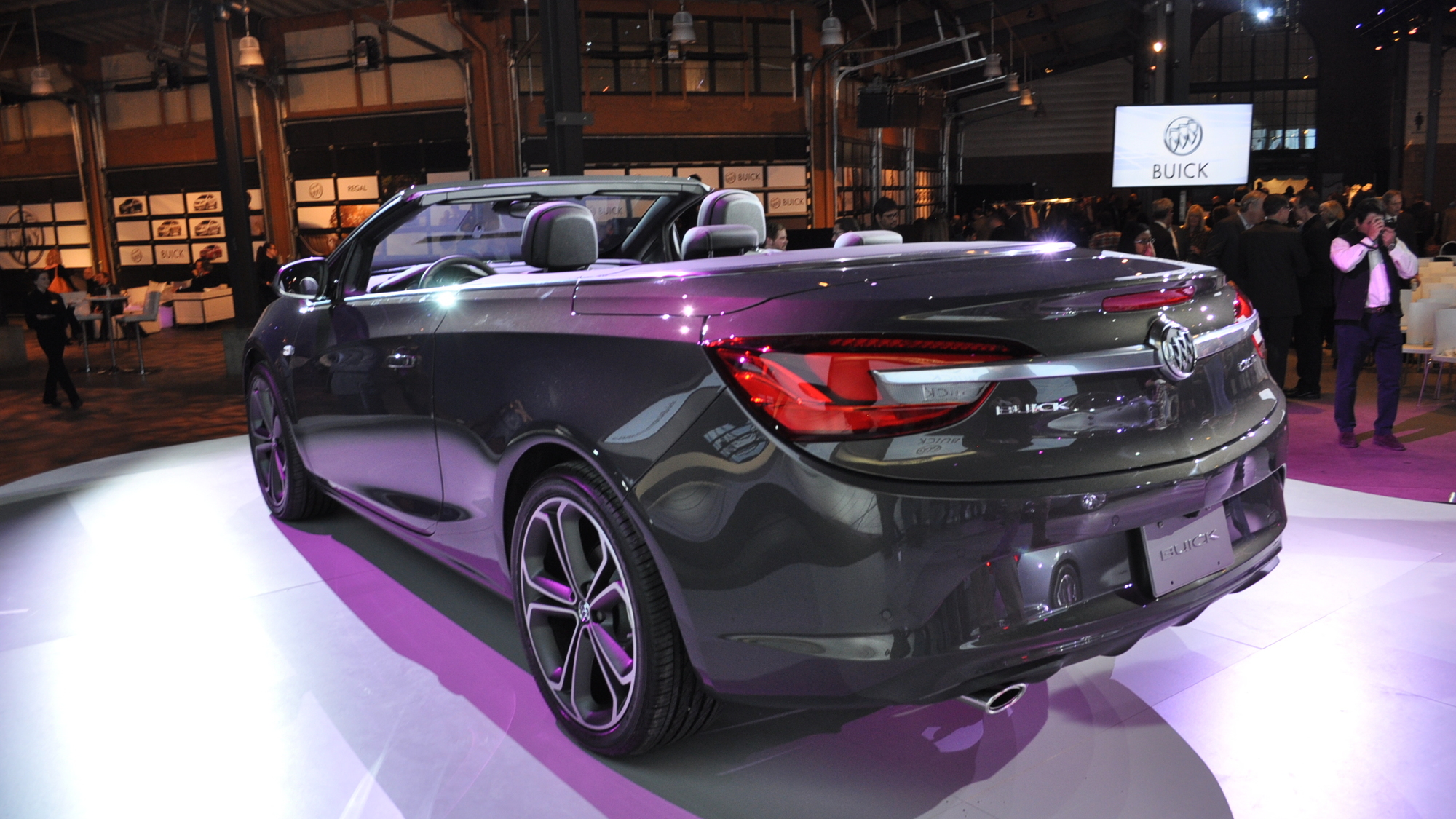 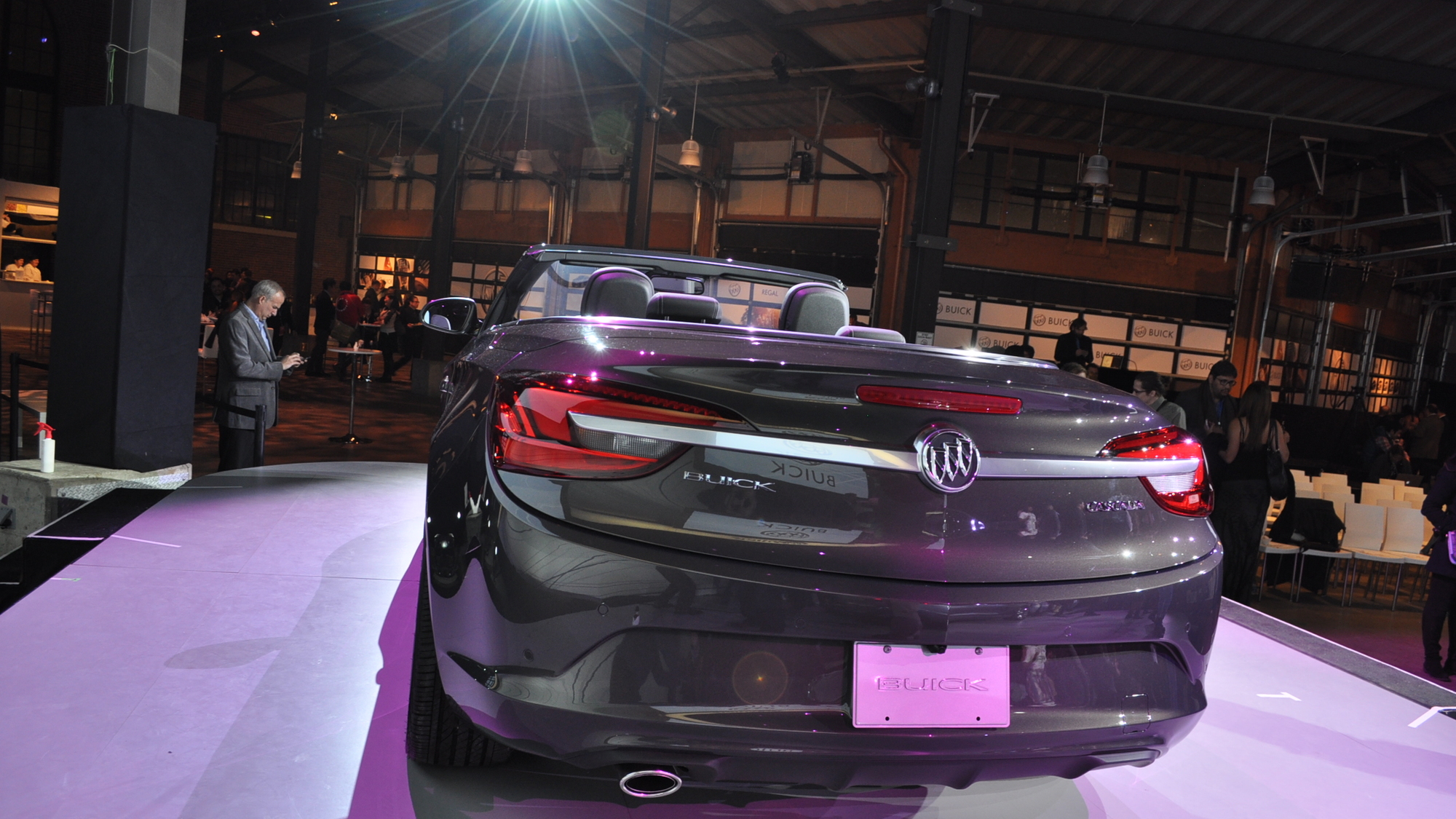 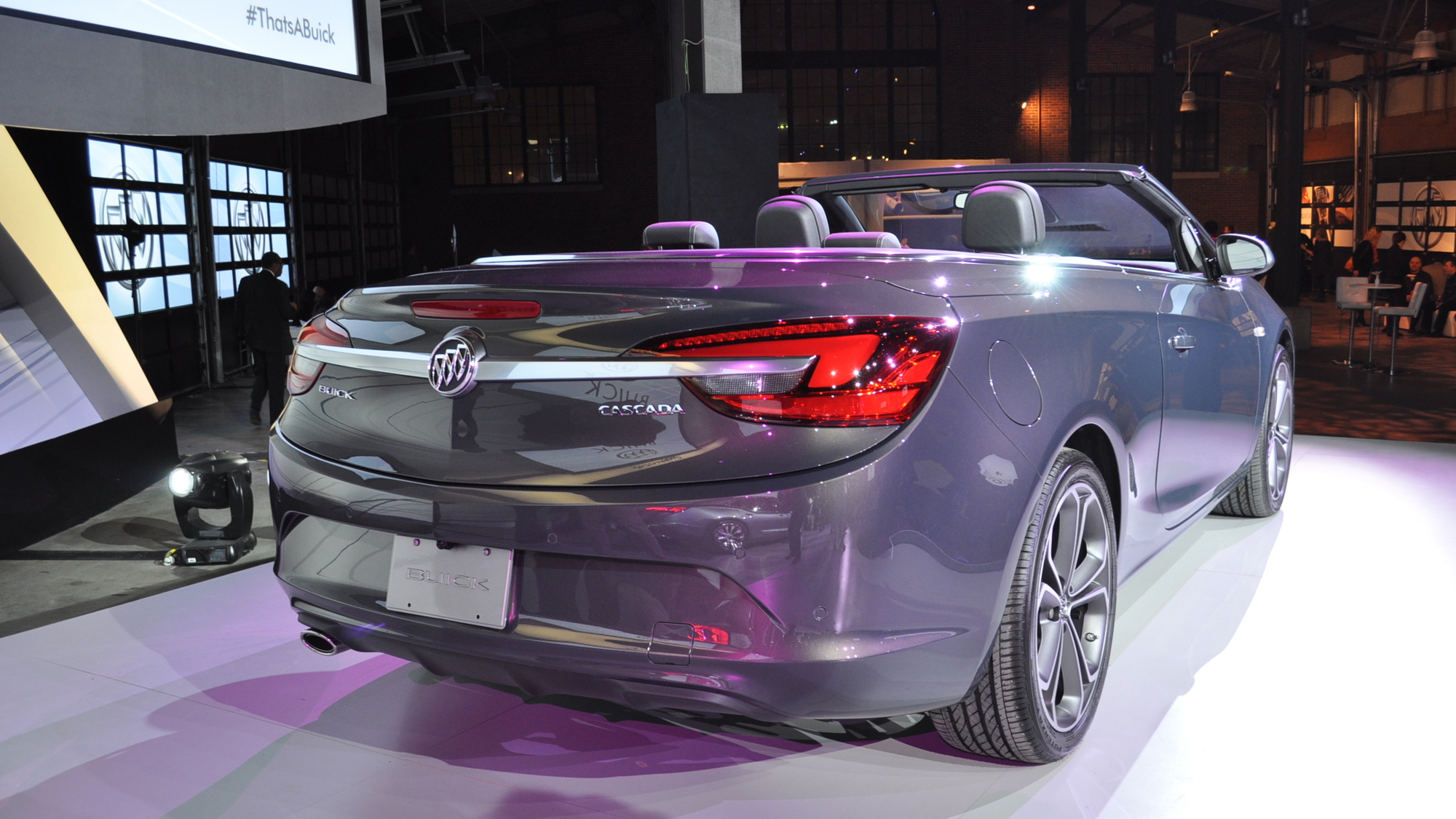 It’s hard to believe, but it's already been 25 years since Buick’s last convertible, the hand-crafted Reatta, rolled topless. Now, here at the 2015 Detroit Auto Show, Buick’s dropping the top on a more attainable convertible, the 2016 Cascada.

Design-wise, the Cascada doesn’t break any new ground with either the top up or down. There’s nothing particularly flamboyant about the look, so those seeking instant sex appeal might want to look elsewhere.

The interior features a 2+2 design with premium touches such as soft-touch materials and a heated steering wheel. There’s a cockpit-like instrument-panel layout and lots of buttons. It meshes well with the rest of the Buck lineup.

The Cascada’s soft top has multi-layer thermal and acoustic insulation and can lower in just 17 seconds at speeds of up to 31 mph.

Under the hood of the Cascada you’ll find a 1.6-liter turbocharged four-cylinder engine rated at 200 horsepower and 206 pound-feet of torque. Buick’s boasting about a special overboost mode that allows the engine to make up to 221 pound-feet of torque. Power is sent to the front wheels through a six-speed automatic transmission. Handling should be nimble thanks to Buick’s HiPer strut suspension layout.

These nice looking 20-inch wheels are standard as are four-wheel disc brakes. There’s also an active rollover safety system which has rollover protection bars that will deploy over the rear seats in anticipation of a rollover.

The Cascada features plenty of tech with everything from an OnStar 4G LTE data connection with built-in wifi hotspot and Intellilink infotainment system with touch screen, to a rearview camera system, rear park assist, and a lane departure warning system.

Buick hasn’t talked pricing yet but we’d bet big on affordability. More on that later this year. Until then, for all the news from the 2015 Detroit Auto Show, stay tuned to all our channels--Motor Authority, The Car Connection, and Green Car Reports.