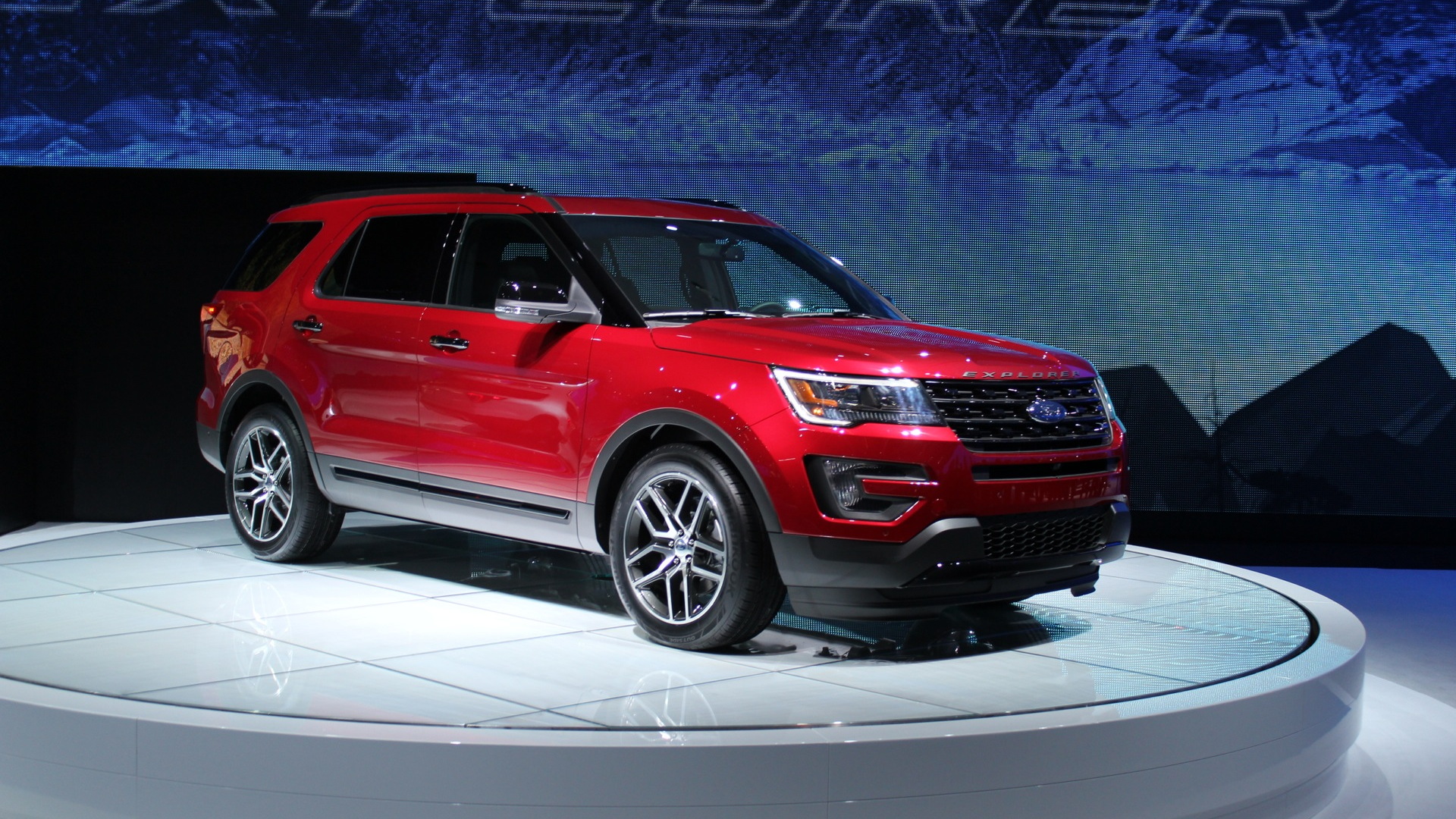 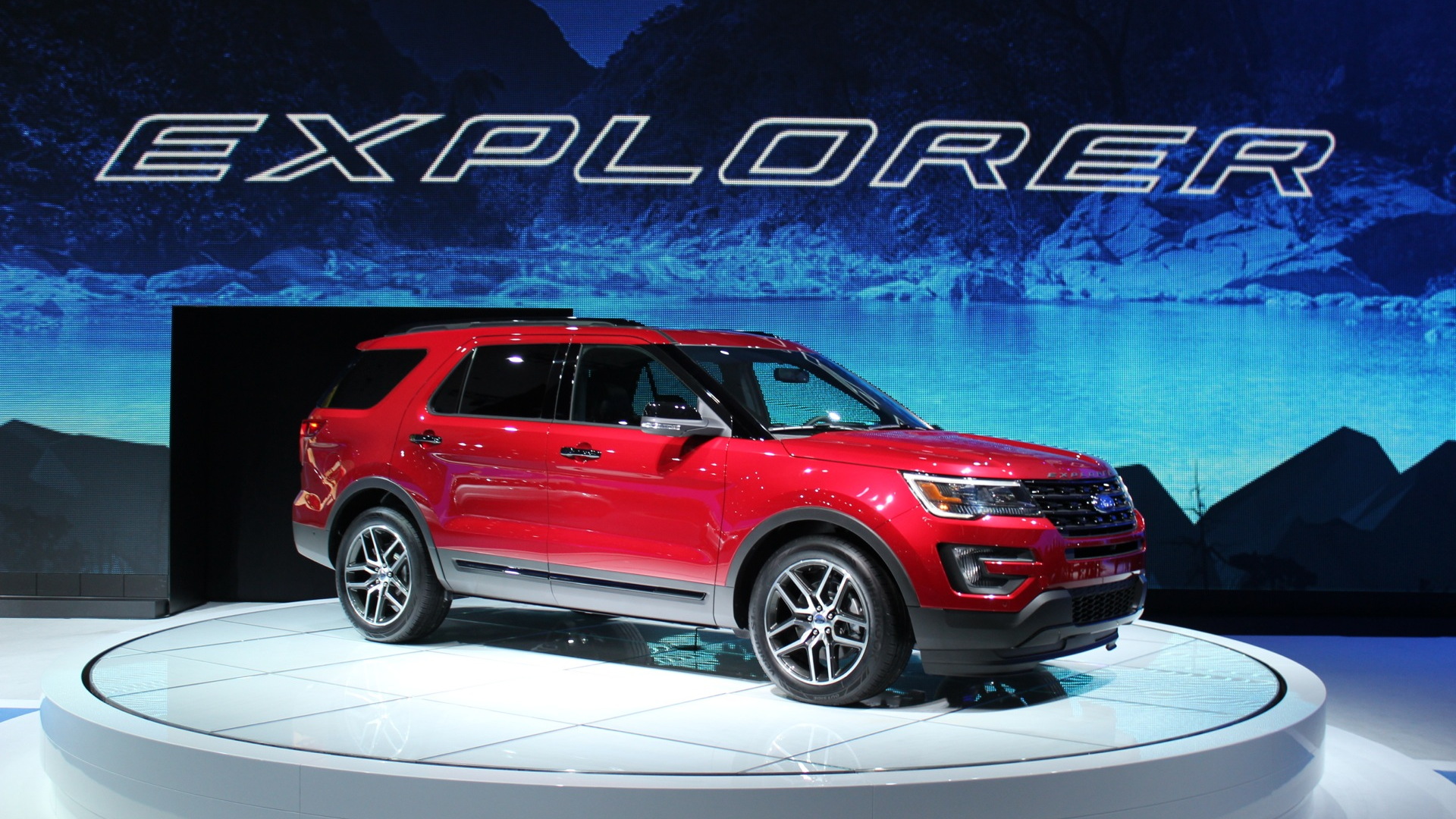 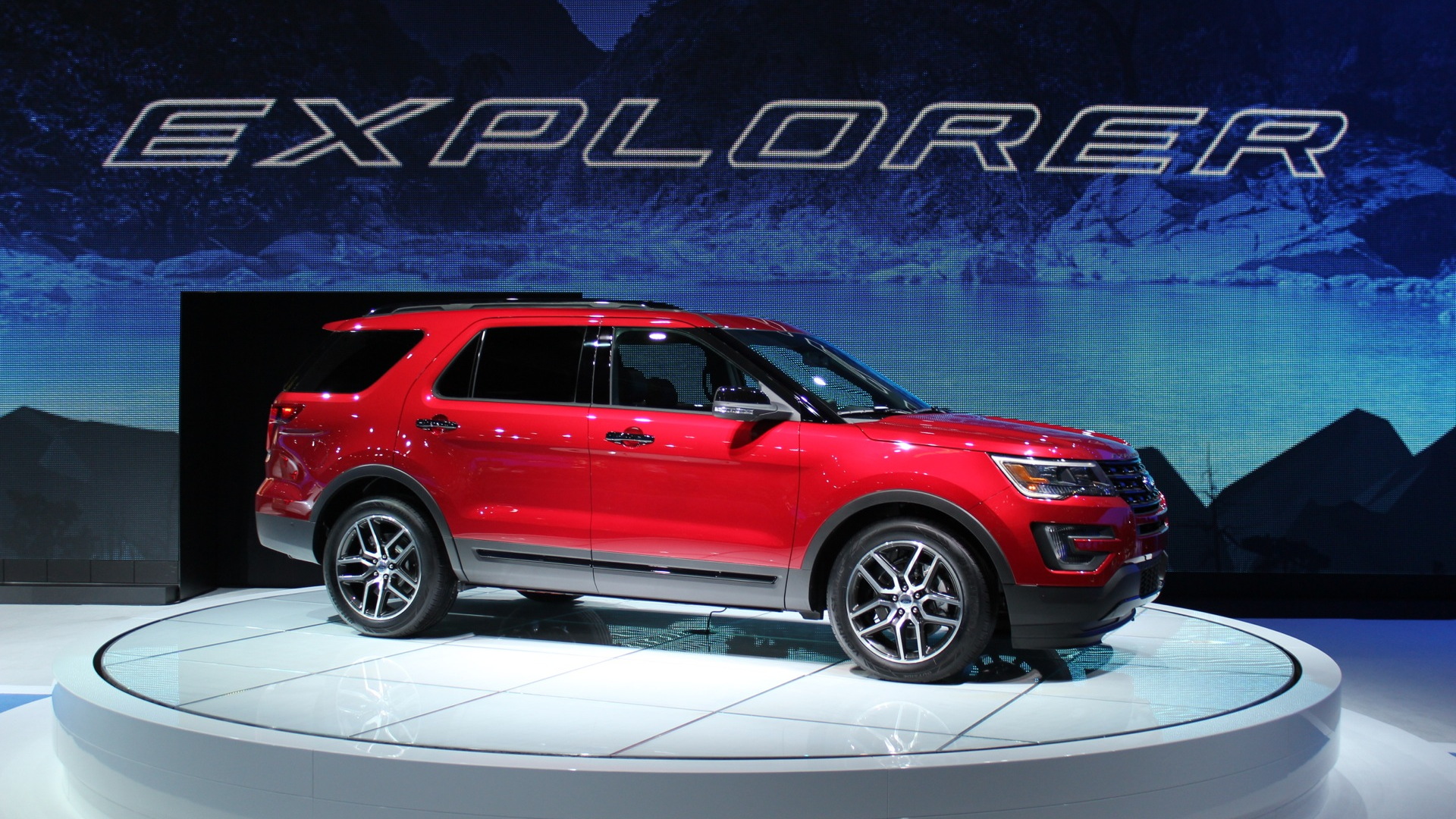 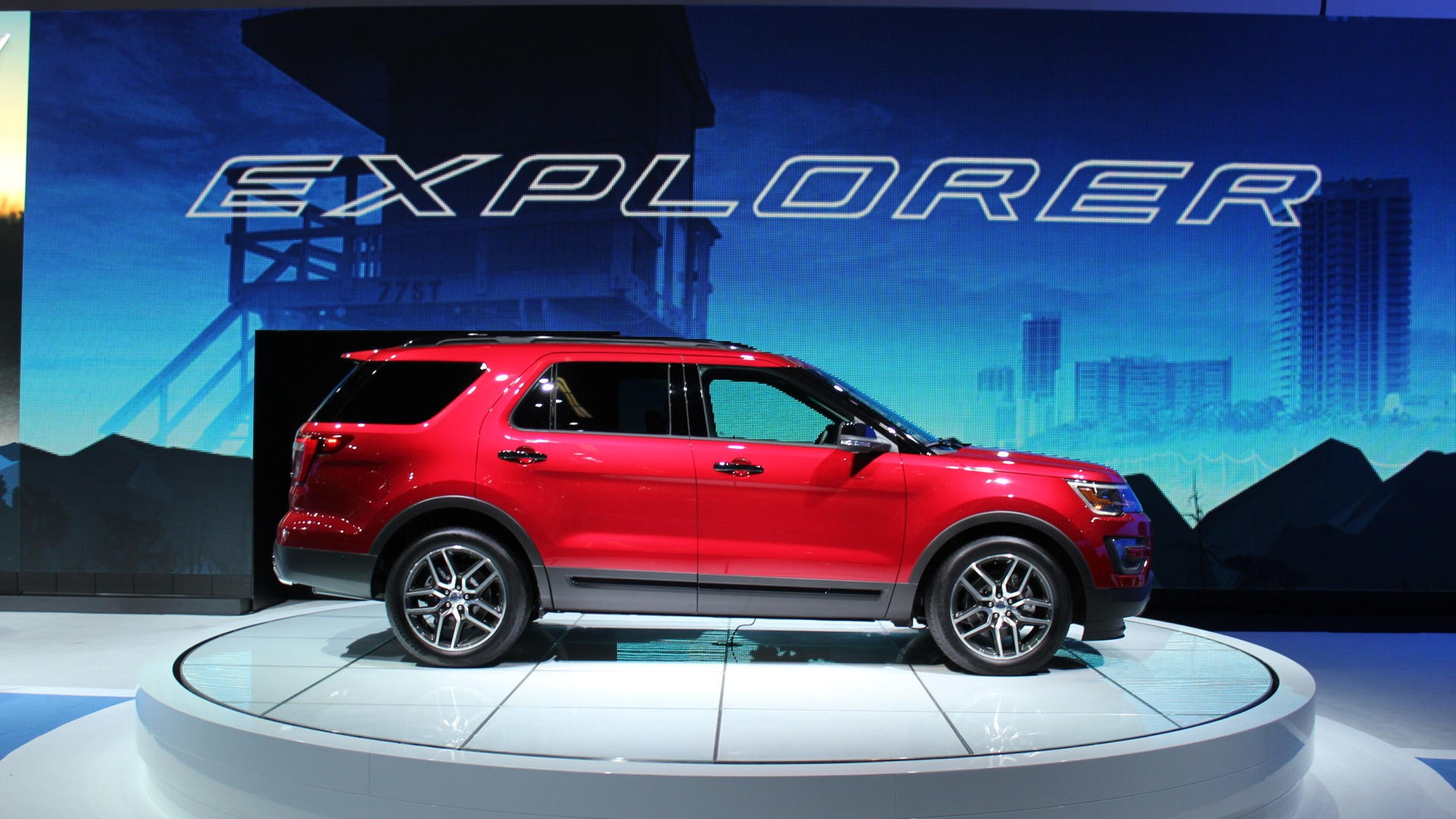 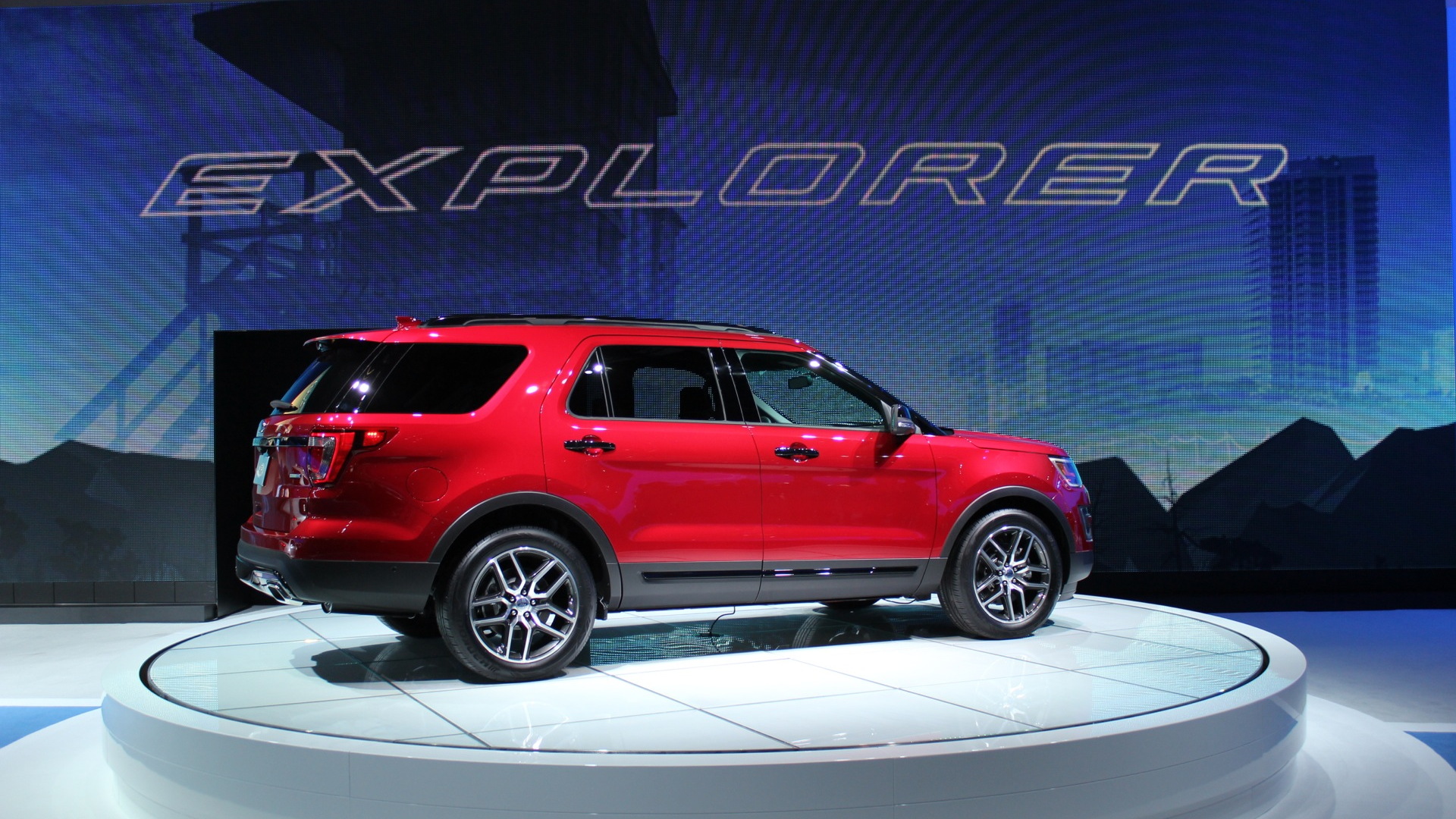 While the new Mustang Shelby GT350 is easily the star attraction at the Ford Motor Company [NYSE:F] stand in L.A. this week, no doubt more mainstream shoppers will be flocking to the updated Explorer. Set to go on sale next summer, as a 2016 model, the updated Explorer benefits from new styling, more technology, a more powerful four-cylinder EcoBoost engine and a new range-topping Platinum trim.

The arrival of the 2016 Explorer marks the nameplate’s 25th anniversary, with more than seven million examples sold since the original first hit the scene as a 1991 model. Today, the Explorer is built in three locations (the U.S., Russia and Venezuela) and is sold in more than 100 markets across the globe.

For the exterior, tweaks made to the lights and the bumpers help make the 2016 Explorer look less like the SUVs from Land Rover. The headlights also come with LEDs for the low beam as standard. Inside, more premium touches have been added, such as wrapped surfaces, more refined materials and real buttons instead of the previous model’s touch-sense units.

There is also plenty of technology, such as front and rear cameras with washers (an industry first), an enhanced park assist, active grille shutters to help save fuel by reducing drag at higher speeds, and air curtains in the front bumper to help further reduce drag. The enhanced park assist feature helps with perpendicular and semi-automatic parallel parking and now has an exit function that helps a driver pull out of parallel parking spots. The system controls the steering wheel, while the driver operates the accelerator and brake pedals, and shifts the vehicle into gear.

In the engine department, the 2016 Explorer continues to offer three options to choose from. Base, XLT and Limited models continue with a 3.5-liter V-6 as standard. This engine is rated at 290 horsepower and 255 pound-feet of torque.

Buyers of these three trim levels can swap the aging V-6 for an advanced 2.3-liter EcoBoost four-cylinder instead of the previous model’s 2.0-liter EcoBoost. Similar to the unit found in the 2015 Mustang EcoBoost, the turbocharged and direct-injected engine delivers at least 270 hp and 300 lb-ft (final numbers yet to be confirmed), and can be paired with the Explorer’s available tow package and four-wheel drive with the Terrain Management System, something the previous 2.0-liter EcoBoost couldn’t do.

Anyone opting for the Explorer Sport or range-topping Platinum trim will find a 3.5-liter EcoBoost V-6 under the hood. This engine is good for 365 hp and 350 lb-ft. All Explorer models get a six-speed automatic.