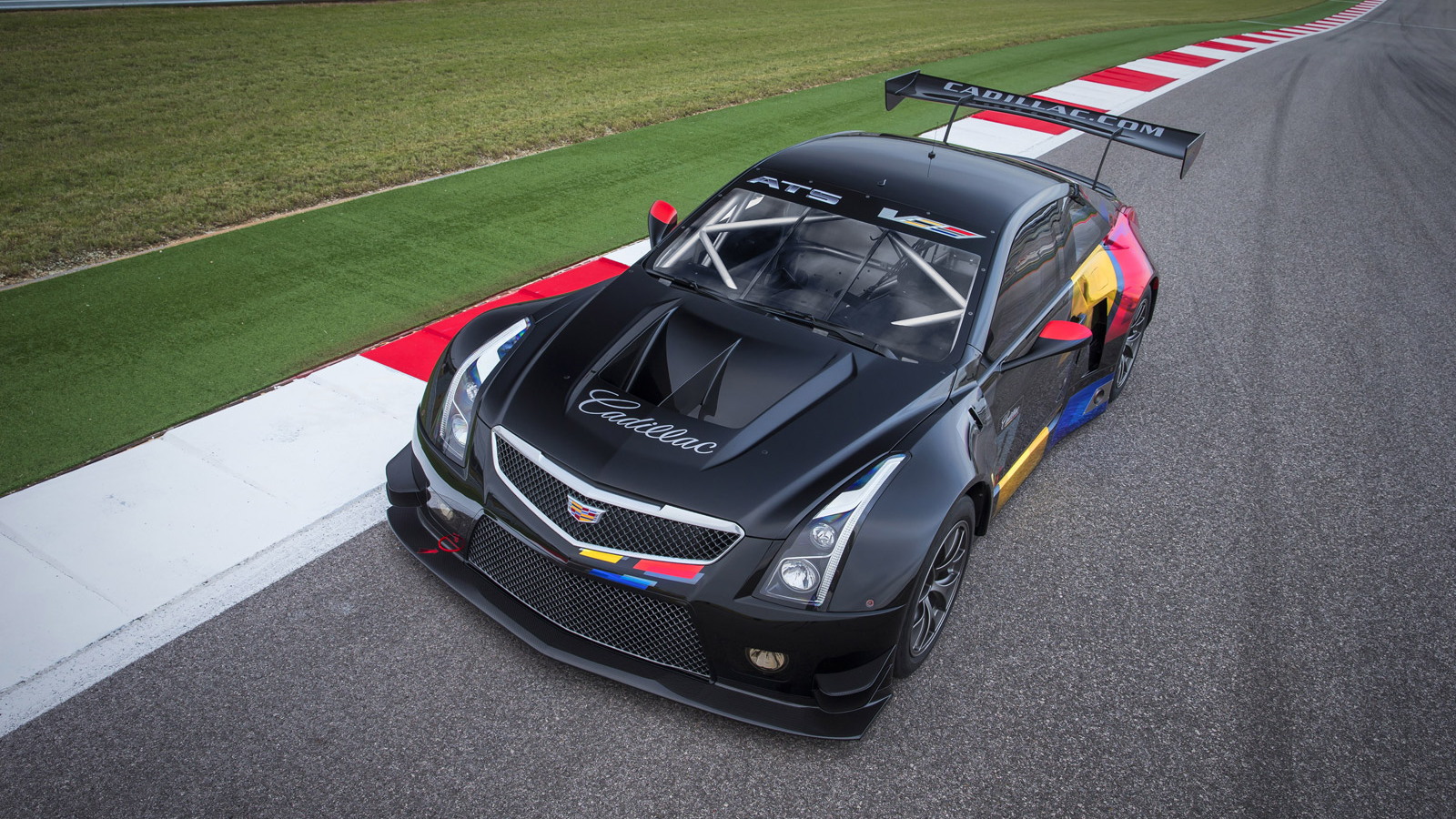 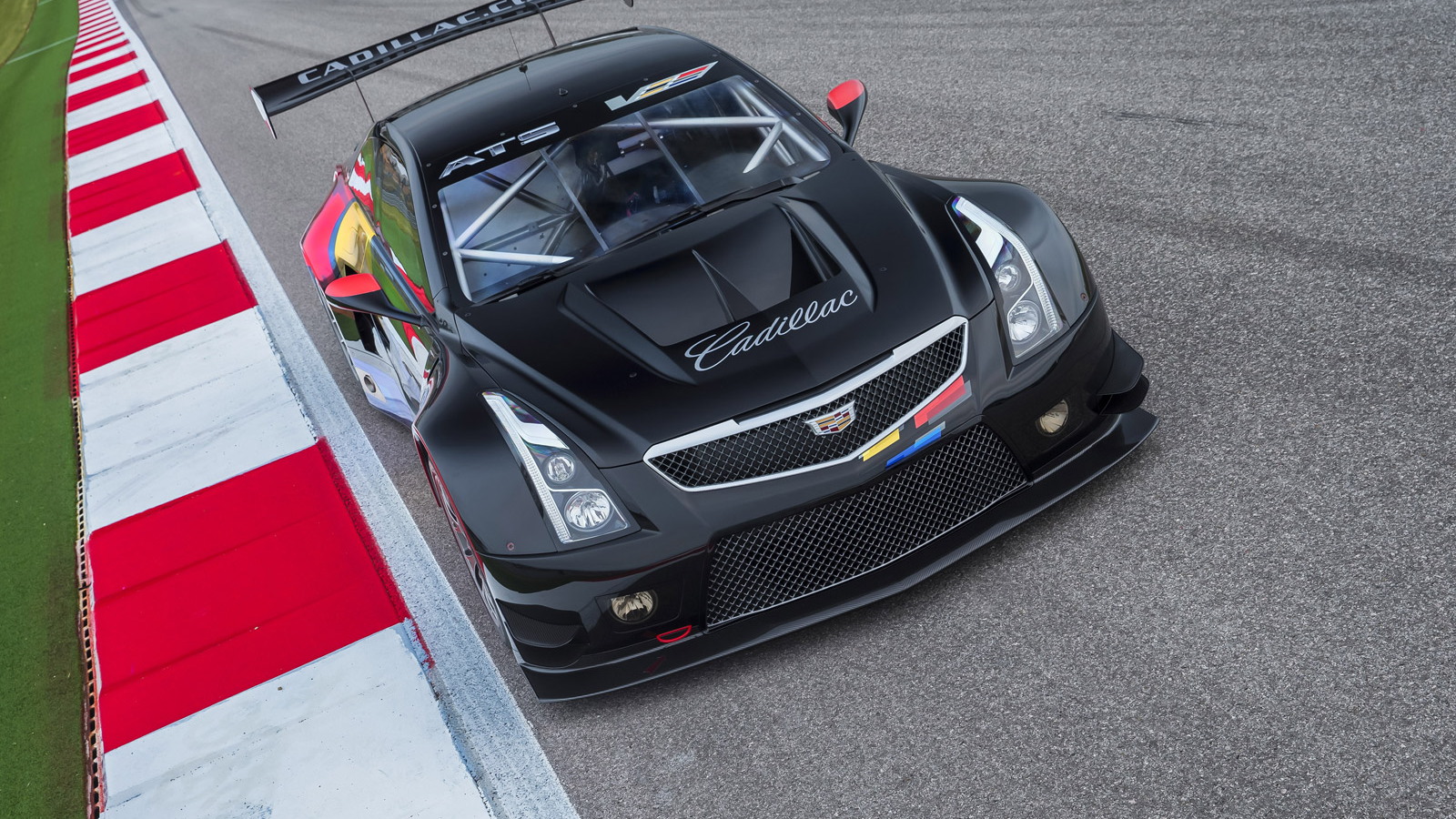 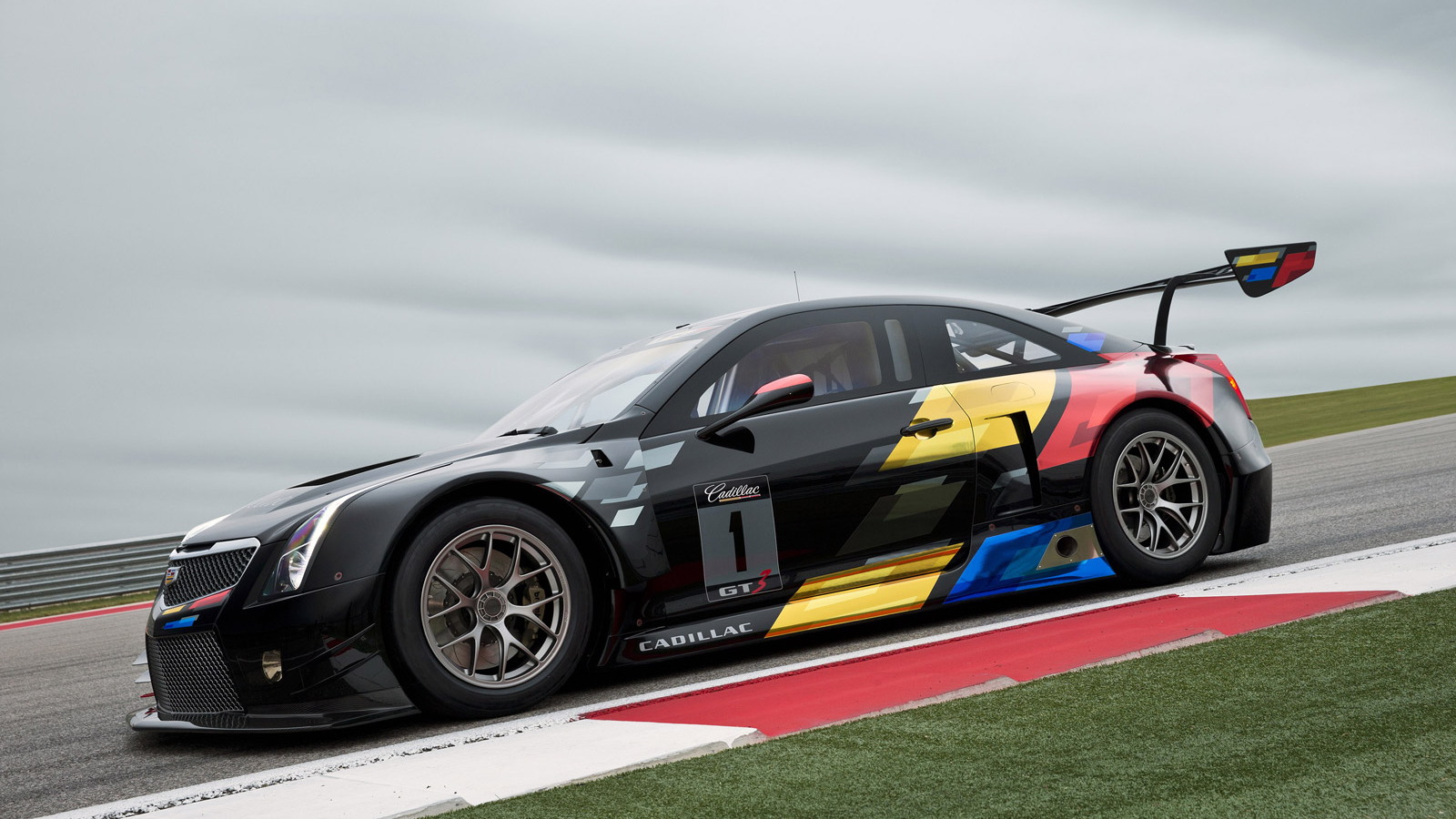 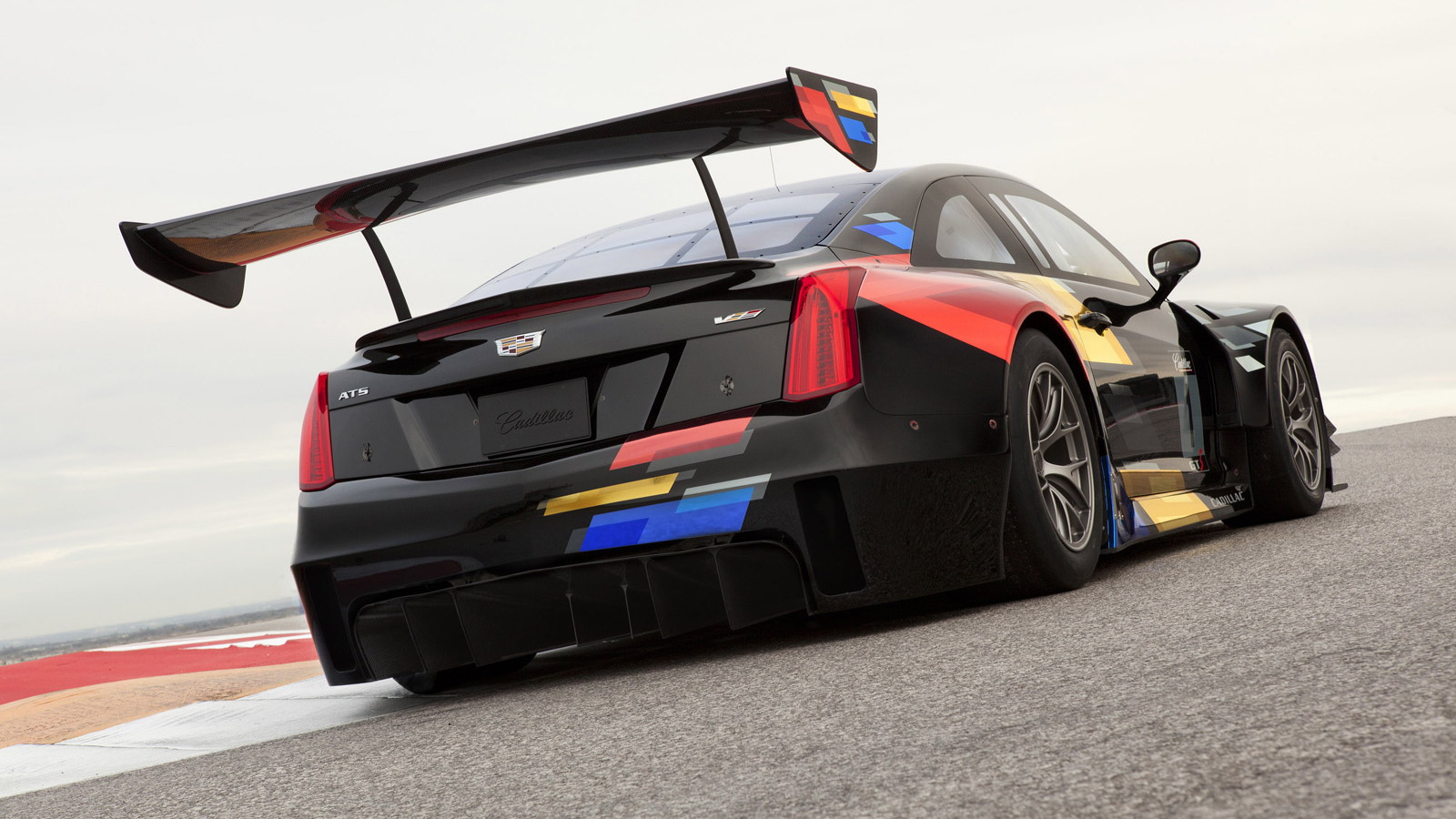 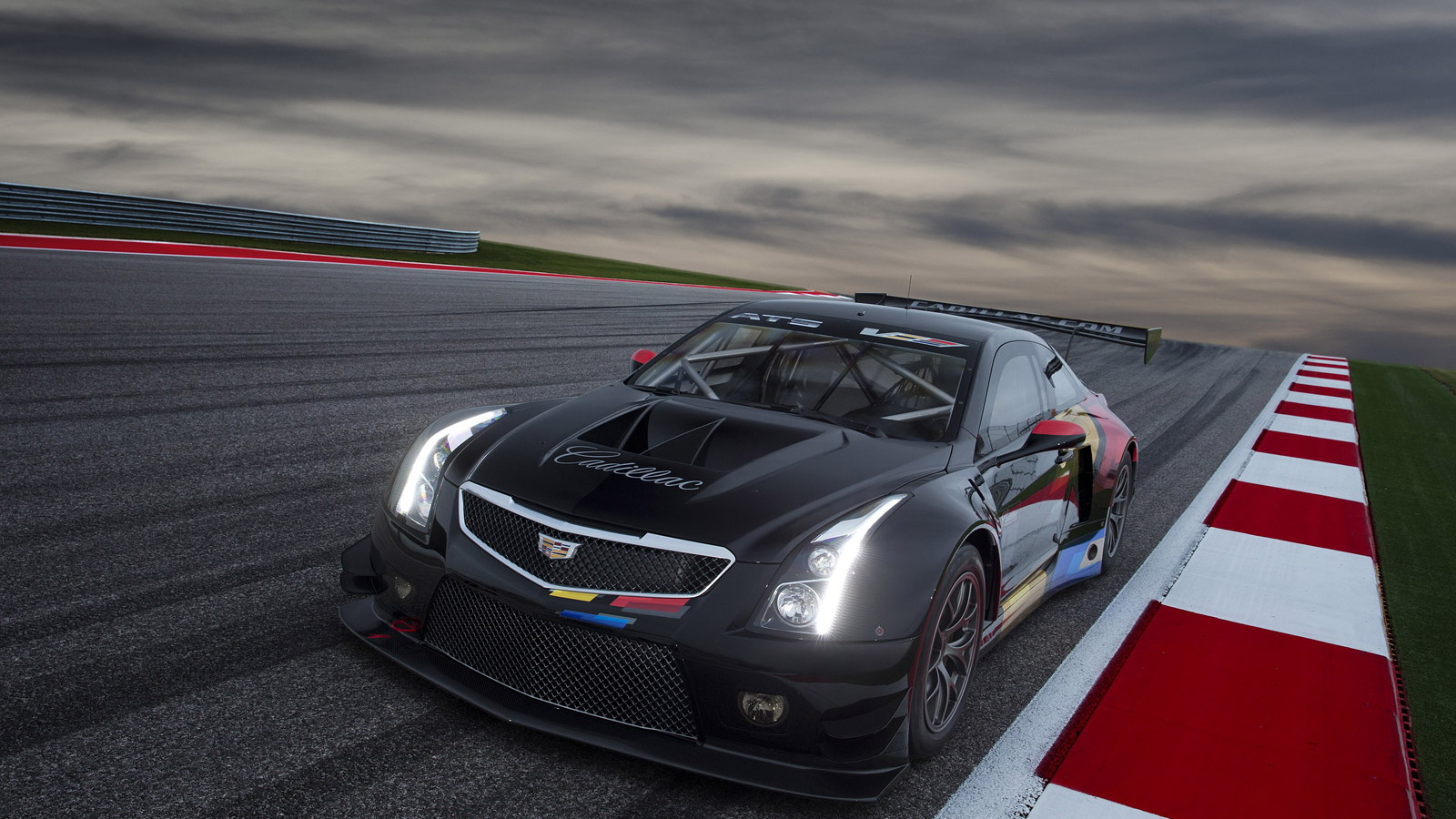 Cadillac’s replacement for the CTS-V.R race car is the all-new ATS-V.R, but instead of targeting North America’s Pirelli World Challenge with its latest racer Cadillac has more global ambitions. In line with this focus, the ATS-V.R has been developed to meet FIA GT3 specifications.

The ATS-V.R is based on the 2016 Cadillac ATS-V Coupe debuting this week alongside an ATS-V sedan at the 2014 Los Angeles Auto Show, and even shares the road car’s twin-turbocharged 3.6-liter V-6, albeit a sturdier unit developed for motorsport. When unrestricted, the engine delivers as much as 600 horsepower and 520 pound-feet of torque. The ATS-V road car is expected to have 450 hp on tap.

Specific technical upgrades for the race car include larger, twin BorgWarner turbochargers; increased capacity intercoolers; competition engine management and a direct, side-exiting exhaust. The car also gets a rear transaxle gearbox, giving it a near-ideal weight distribution of 49 percent front, 51 percent rear (the dry weight of the car is 2,900 lbs). The gearbox is a sequential unit from Xtrac and comes with paddle shifters.

The ATS-V shell has been completely stripped and fitted with an eight-point welded roll cage as well as carbon fiber replacements for the hood, trunklid, fenders and doors. New aero components, also made from carbon fiber, include the side skirts, front splitter, fascia and dive planes, rear diffuser and rear bumper cover.

As mentioned, the exhaust is now routed direct from the turbos to the sides of the car, with no mufflers. The suspension is fully adjustable and the wheels are lightweight aluminum pieces from BBS. Inside these sit massive Brembo brake calipers and discs.

Since its inception in 2004, Cadillac Racing has amassed 26 wins, 91 podium finishes (including wins) and 22 pole positions with its previous CTS-V sedan and CTS-V Coupe race cars. It’s also a five-time winner of the Manufacturers’ Championship in the Pirelli World Challenge, including the series’ past three seasons, as well as in 2005 and 2007, and a number of Cadillac Racing drivers have managed to secure titles.

”The V-Series is the highest expression of Cadillac’s rising product substance,” Cadillac chief Johan de Nysschen said in a statement. “Elevating and expanding the V-Series is the next logical step in Cadillac’s growth, including this new race car developed in GT3-specification, enabling us to pursue racing on a more global scale.”

The Cadillac ATS-V.R is now about to embark on an extensive testing program ahead of the start of the 2015 motorsport season.