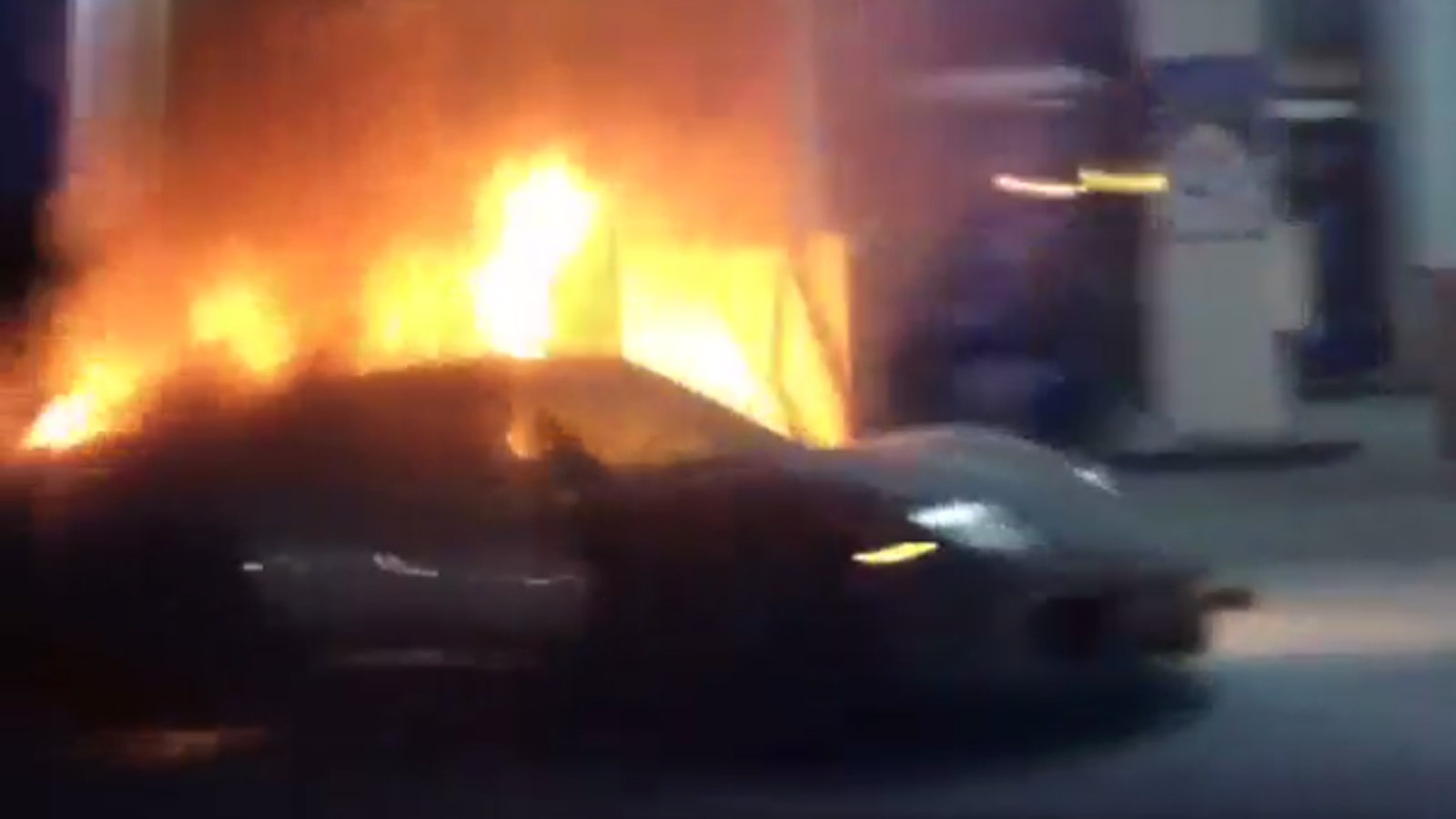 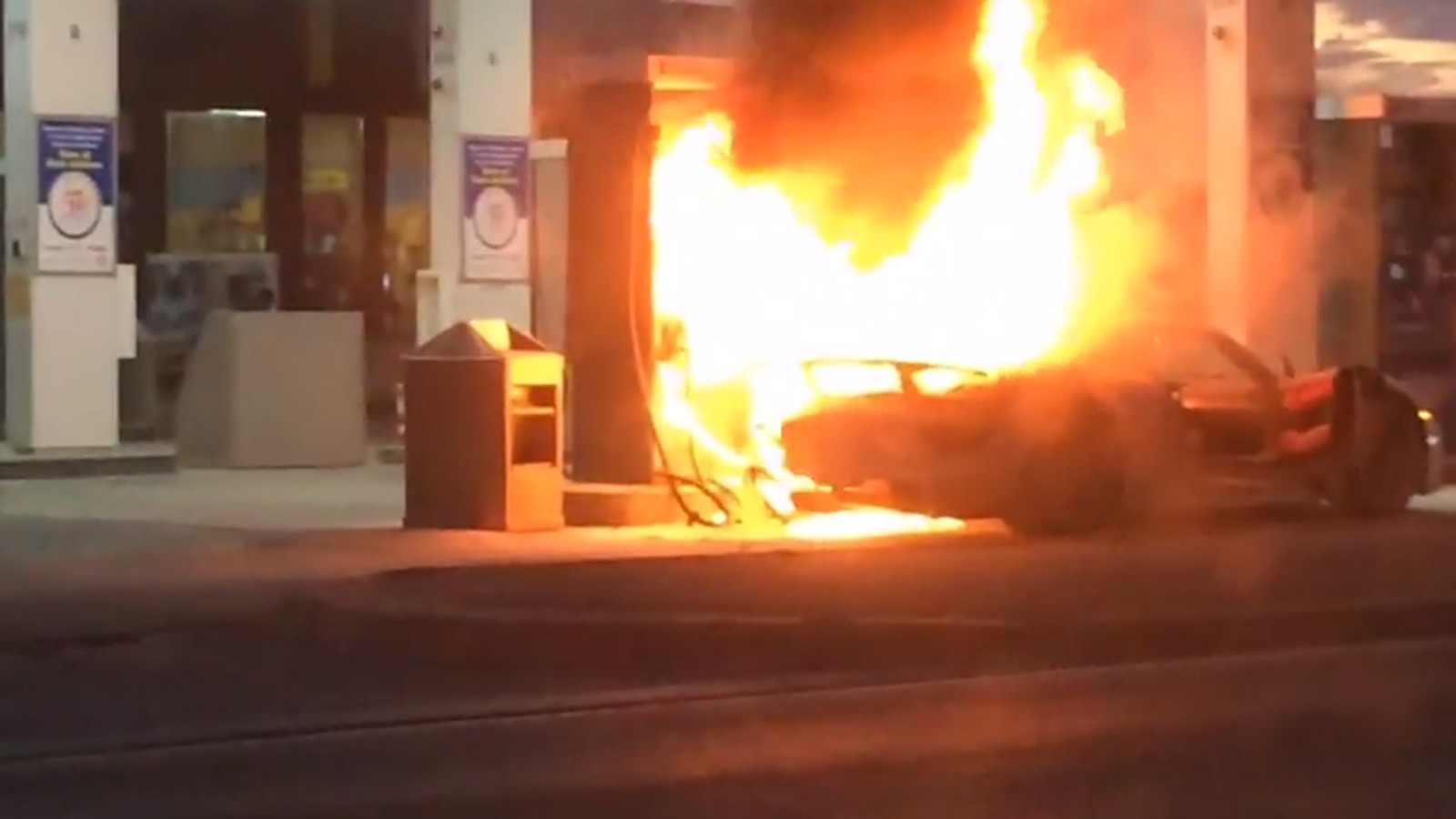 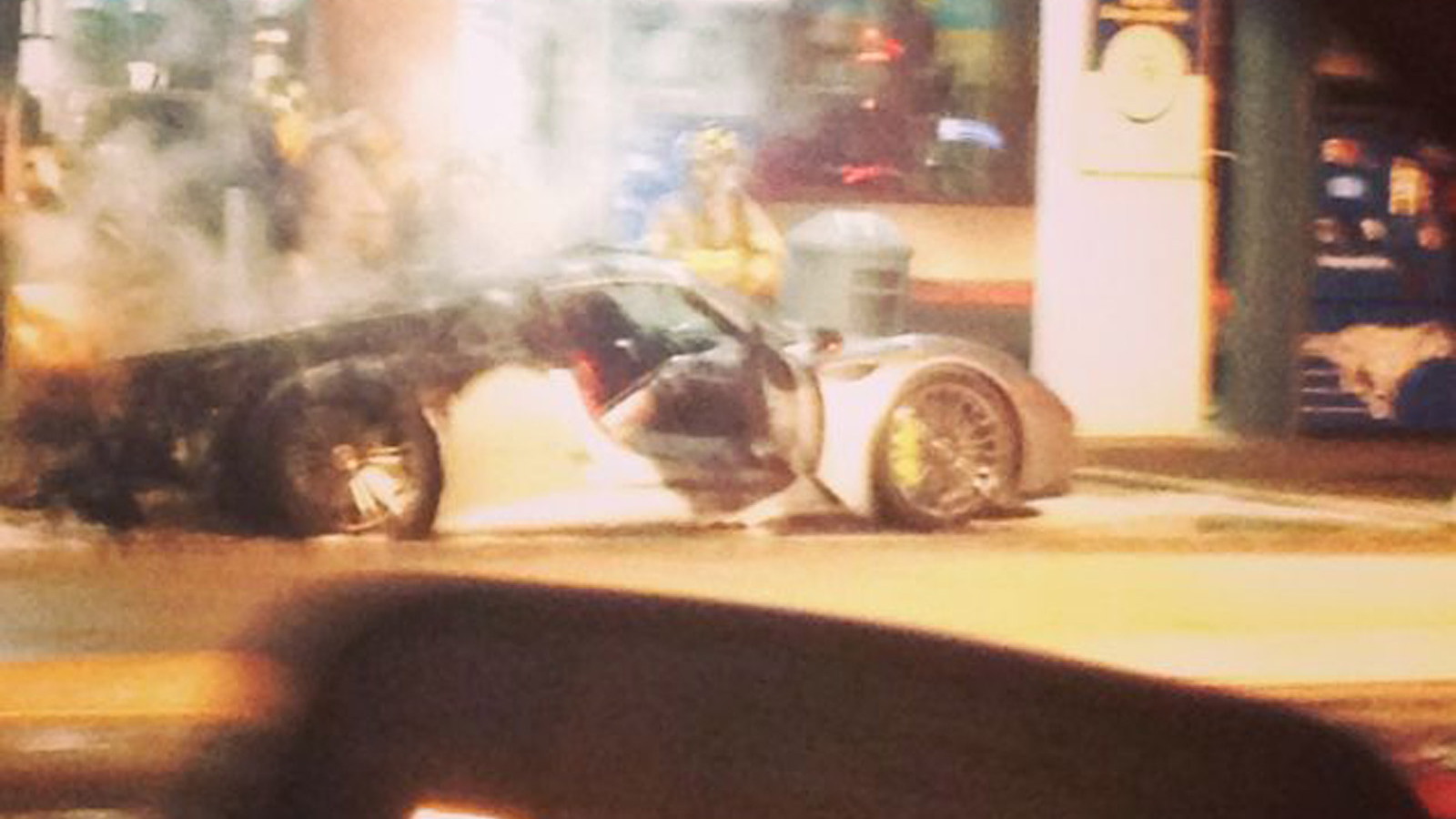 One of Porsche’s flagship 918 Spyders has succumbed to a fiery death, with the damage so severe the car is likely to be a complete write-off. The poor 918 burned to the ground over the weekend at a gas station in Toronto, Canada.

At this point it’s not clear what the cause of the fire was or whether it even originated in the car or the gas pump it was parked next to. Video footage posted to YouTube by David Jenkins (via Mike J) shows that the fire raged the most on the pump itself and not the $845,000 hybrid.

One possibility that's been making the rounds is that fuel may have been ignited by heat from the exhaust system, which on the 918 features exit pipes mounted at the top of the car just behind the roof. Whatever the case, there’s now one less 918 in the world, which is particularly sad when you consider that just 918 examples of this beauty will be built.

We’ll update the post as soon as more details emerge.