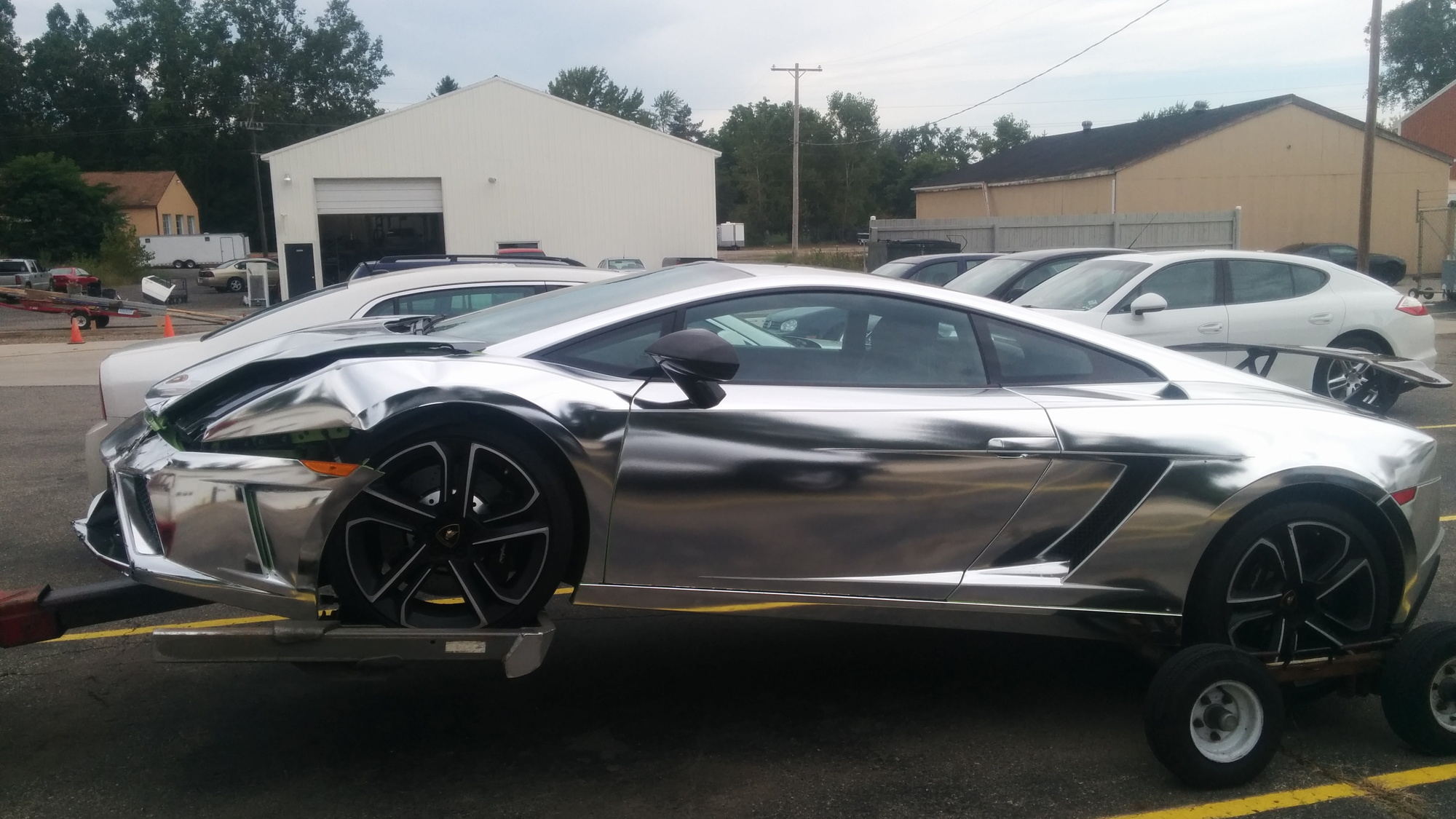 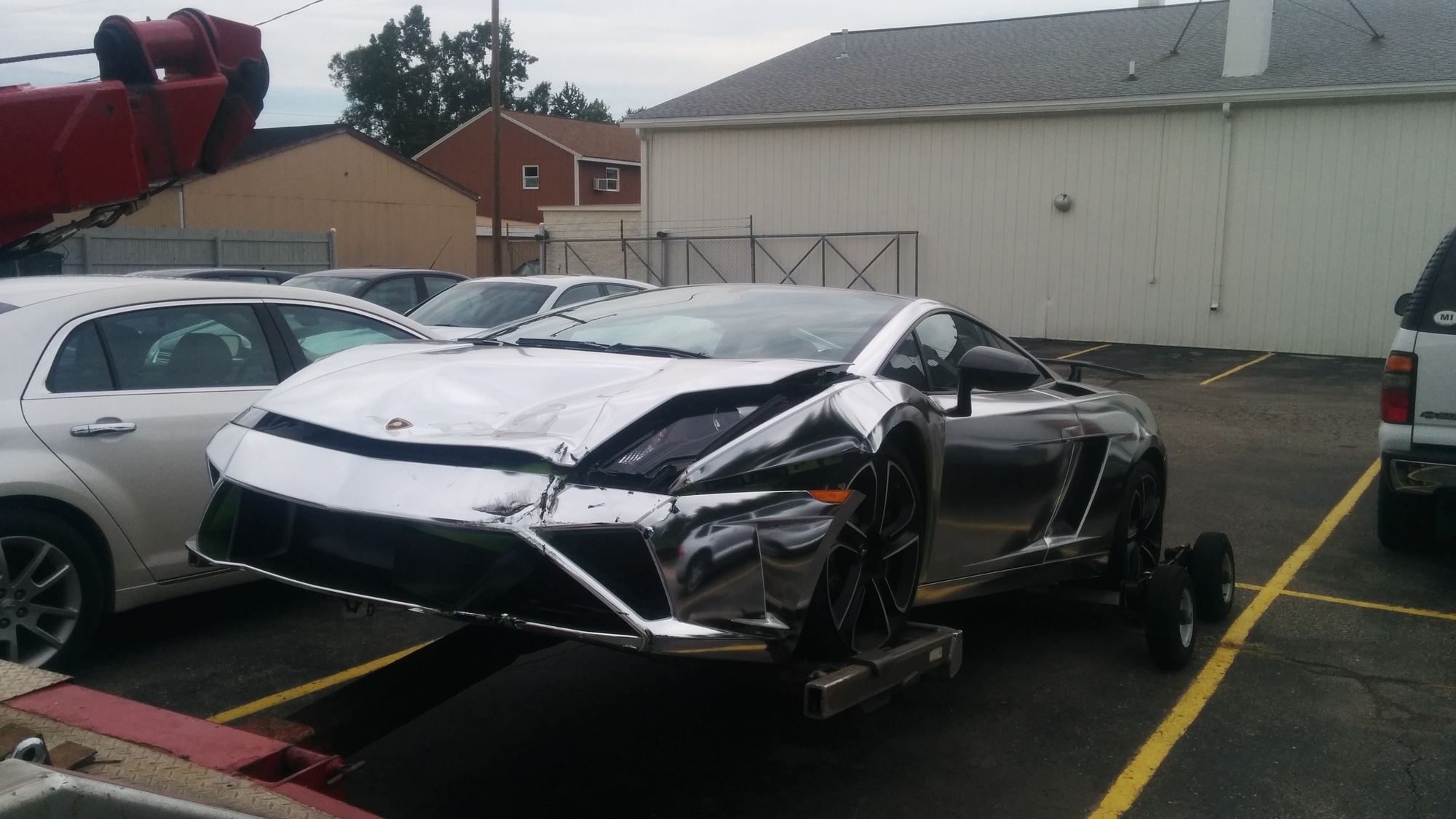 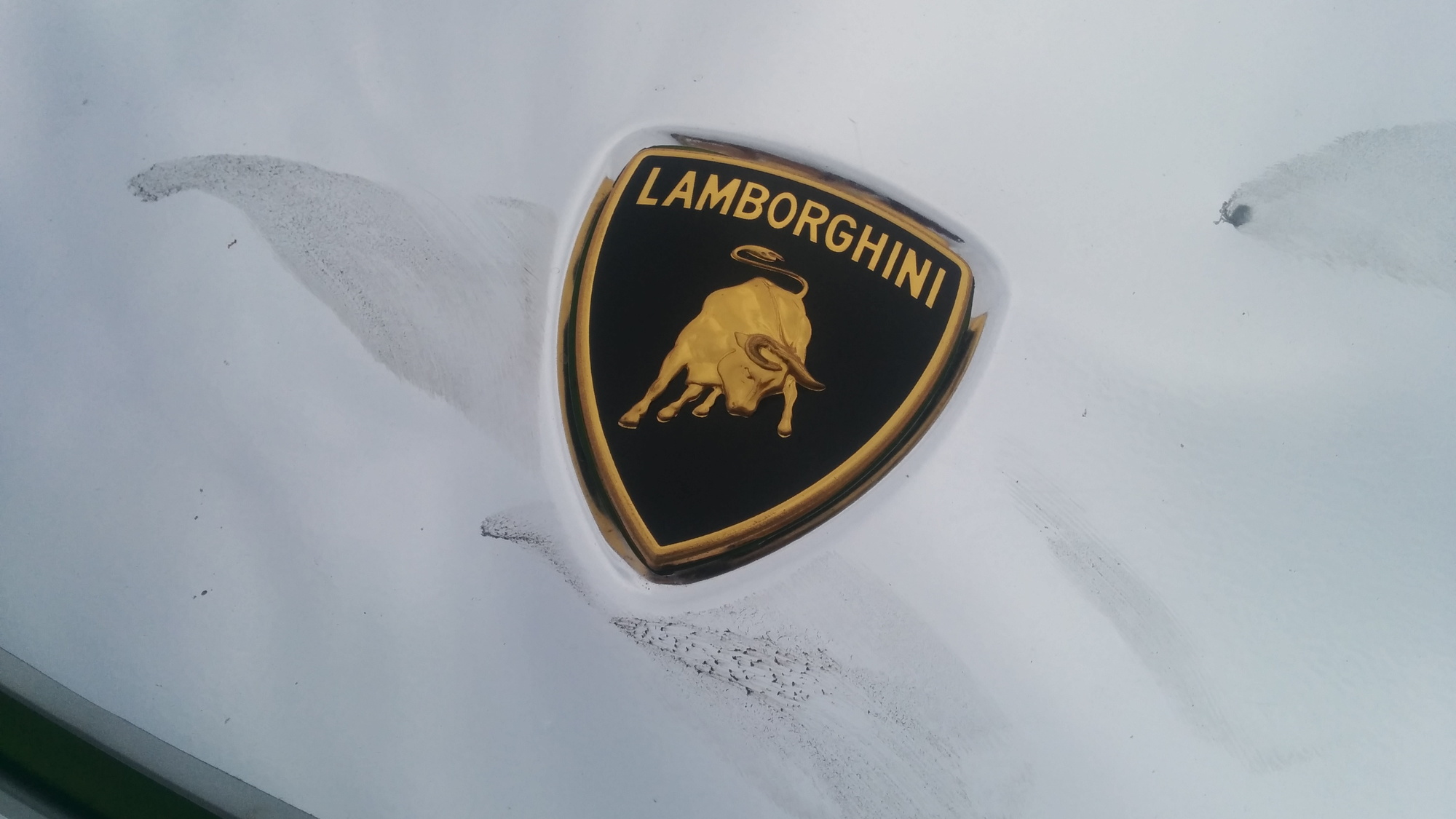 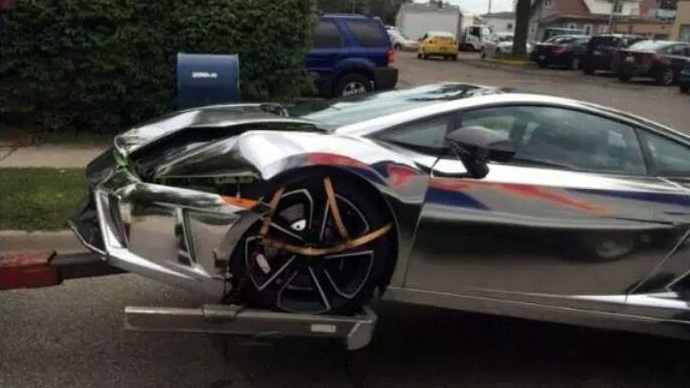 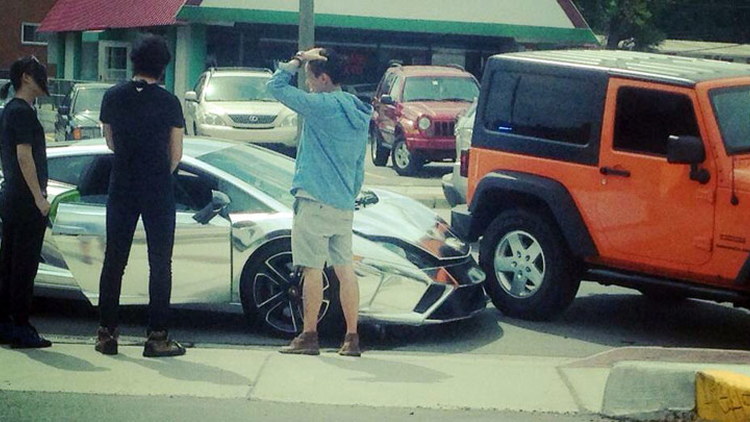 7
photos
(New photos added to gallery and new details in the story below).

This is what it looks like when a chrome-wrapped Gallardo crashes into a Jeep Wrangler. As you might guess, the Lamborghini suffers more than the Jeep.

The crash, tweeted by Twitter user Mîchael Gannøn, shows what appears to be a rather moderate rear-ender. Subsequent images posted to Reddit show the crash damage to be more extensive than you might first expect. A follow-up email from Sheldon Little, who towed the car away, reveals the final disposition of the car as it left the East Lansing accident scene.

The hood and fender of the Gallardo appeared to be rather heavily damaged as the car was hauled away, the rear wheels up on dollies.

The circumstances of the crash haven’t been revealed, as yet, but it looks like a simple fender-bender—just one that will likely cost an order of magnitude more than the usual rush-hour incident. Little tells Motor Authority that the Jeep driver was at fault in the accident, and that the Lamborghini belongs to a student at Michigan State University.