The reveal of James Glickenhaus’ latest supercar project at the 2015 Geneva Motor Show next March is quickly approaching, but there’s still a lot we don’t know about the new car, which will be the first fully developed by Glickenhaus’ own company Scuderia Cameron Glickenhaus (Cameron is the maiden name of Glickenhaus’ wife).

The new car will simply be titled the 003, and both road and racing versions are planned. The latter will be entered into the 2015 Nürburgring 24 Hours where SCG is targeting the overall win. Previously, SCG came 12th overall and first in class in the grueling race using its P4/5 Competizione.

Now, Glickenhaus has dropped some major details on the 003. The racing version will feature SCG’s own engine design, though one loosely based on the twin-turbocharged 3.5-liter V-6 built by Honda’s HPD motorsport division. At present, two 003 race cars have been confirmed for production, and both will be entered in next year’s N24 race. 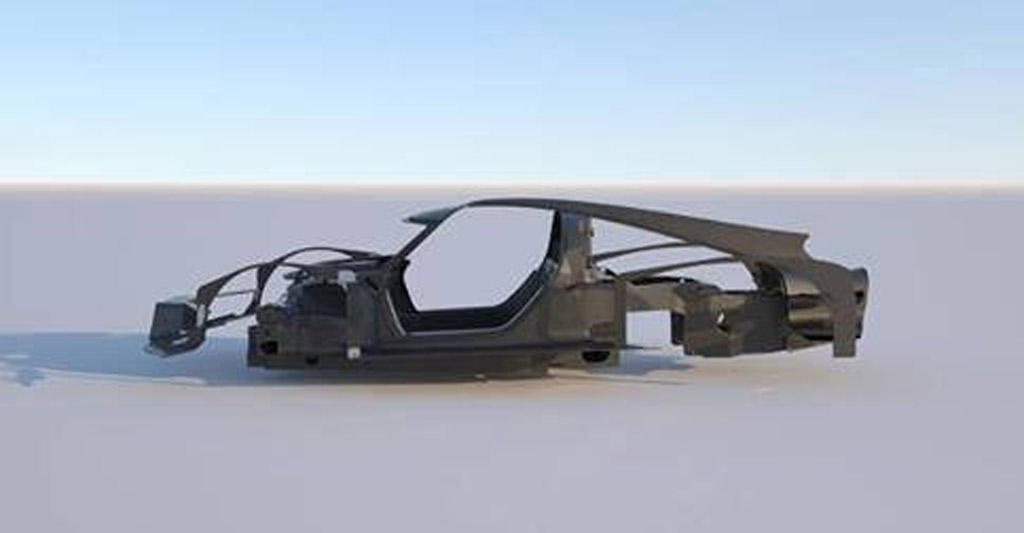 As for the 003 road car, SCG will offer buyers a choice of engines ranging up to a twin-turbocharged V-12. But brute power won’t be the 003’s key trait. Instead, lightweight construction and aerodynamic efficiency are the main goals. SCG even promises that some 003 configurations will allow a Koenigsegg One:1-rivaling power to weight ratio of one horsepower for every kilogram of weight (2.2 pounds).

How will the 003 fare against the latest crop of hypercars like the Ferrari LaFerrari, McLaren P1 and Porsche 918 Spyder? SCG doesn’t see them as rivals as none are likely to be of much use in race conditions. Instead, SCG sees its 003 as more of a GT sports car with LMP1 influences. So does that mean we could see the car in the prestigious 24 Hours of Le Mans? Possibly, but it will depend on whether SCG receives homologation for the car.

So how much can you expect to pay for an 003? SCG quotes a starting price of 2.1 million euros (approximately $2.77 million) for the road car. More exotic engine configurations like the blown V-12 will inflate this figure, however. Racing versions will roughly cost an additional 750,000 to 1 million euros ($988k to $1.32 million). At present the 003 has only been confirmed for China, Europe and the Middle East, but SCG says a U.S. launch is also possible. Regulations here are a bit tougher—fellow niche supercar brand Pagani’s first model, the Zonda, never made it to these shores and even its second model, the Huayra, took three years to reach local showrooms.